Summary: This lovely Cotswolds walk begins in the quaint village of Uley. Relatively to the past Uley is a quieter place now with a population of around 1,100, but was much greater during the early years of the industrial revolution when the village was renowned for producing blue cloth. The place name (recorded as Euuelege in the Domesday Book) probably signifies 'clearing in a yew wood'. The walk heads north east across fields and woodland to the neighbouring village of Nympsfield before taking a north west course towards the Cotswold escarpment at Frocester Hill. This is a popular place for motorists to stop off for a picnic and why not, the views west are excellent. If the local gliding club is active you can watch them soar above the escarpment as I did on my walk. There is also the opportunity to wander and discover interesting flora on Frocester Hill. 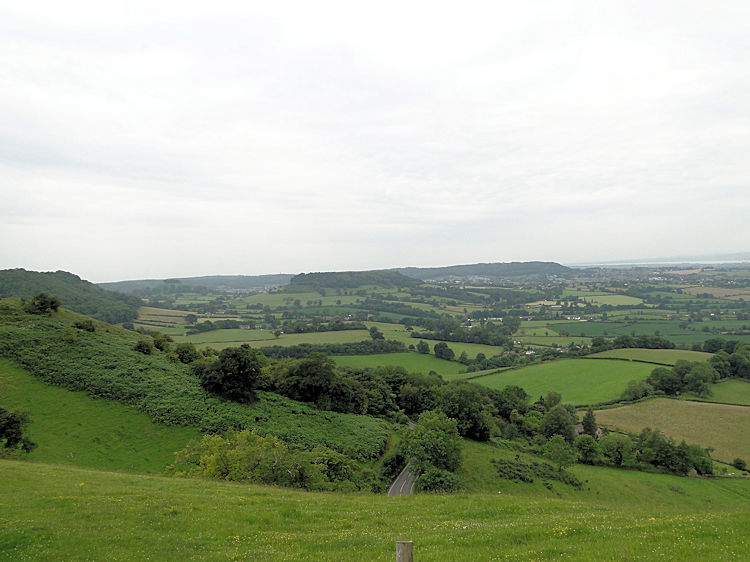 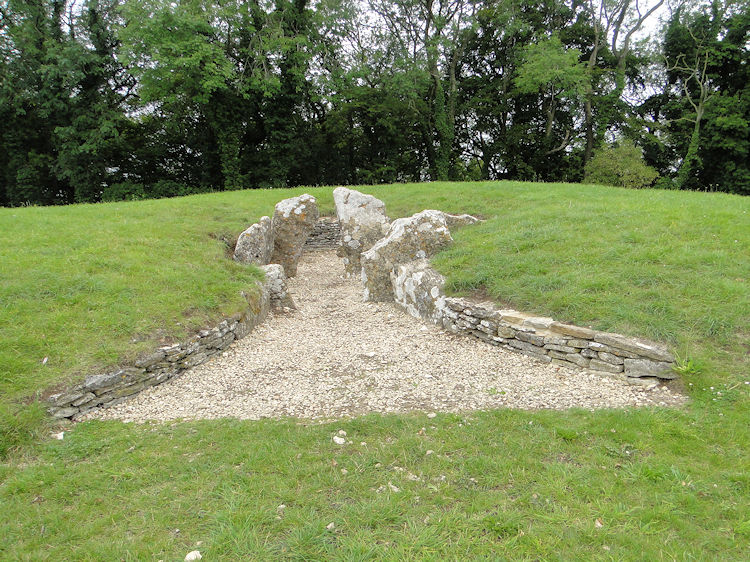 The Cotswold Hills have evidence of iron age life everywhere. Throughout my walking in the Cotswolds I have often come across Barrows, Burial Mounds or Hill-Forts. There are three more on this walk, Nympsfield Long Barrow, the oddly named Hetty Pegler's Tump and Uley Bury. Life has long existed in the Cotswolds and long will it continue to do so. It is such a beautiful place. My walk today began in the village of Uley and not much was going on when I arrived. A post van was making its way up the main street and calling into businesses with post and parcels while the local business shops turning their doorway signs round from closed to open. I called in a one for a sandwich and a couple of soft drinks before setting off on my walk into England's ancient history. I took a path from the main street opposite the Post Office and once past the backs of the buildings I was climbing a small hill abutting the Cotswold escarpment. I did not scale it fully to cross over though but instead turned right taking a west course to cross a road then walk along a field track to Mutterall Farm. From the farm I continued over fields and then heaved myself up a steep bank on the site of an old quarry which took me to Nympsfield, a village on the path of a former Roman road which ran from Cirencester to Arlingham. I couldn't see any evidence of it as I walked through the village.

From the village I turned to walk north west across two fields. As I did so I could sense a change in the walk. So far it had been very pleasant over well kept English countryside but there had been no long distance views which I knew were to be seen just over the Crawley Hill road I was about to cross. I was approaching the western edge of the Cotswold Hills. After carefully crossing the road (it is the B4066 which can be busy) I saw the first sight of distant views. Before I took them in though I walked into Coaley Wood on a course I knew I would walk back on, with the sole purpose of visiting Nympsfield Long Barrow. The barrow is one of the best examples in Britain which is managed by English Heritage and has been carefully restored. I mused at the history, the intent and about the people who made the barrow and then I moved on.

The view to Cam Long Down, Stinchcombe Hill and the Severn Estuary from Frocester Hill

Returning through Coaley Wood to where I crossed Crawley Hill road I glimpsed ahead at the wondrous views unfolding. I was now on Frocester Hill. Others were too, young couples and their children with the young ones staying close to their parents picnic area. It was not even midday but warmth was already baking the ground and people of all ages revelled in the environment they were enjoying. I discovered Frocester Hill is a popular place. I came to an Automobile Association marker pointing out what all were looking to in the view beyond the hill. Sights mentioned included (from south west to north west) Tyndale Monument 4 miles, Chepstow 17 miles, Berkeley Power Station 8.5 miles, River Severn 9 miles, Brecon Beacons 50 miles, Black Mountains 40 miles, Forest of Dean 12 miles and Malvern Hills 24 miles. Lots to take in. 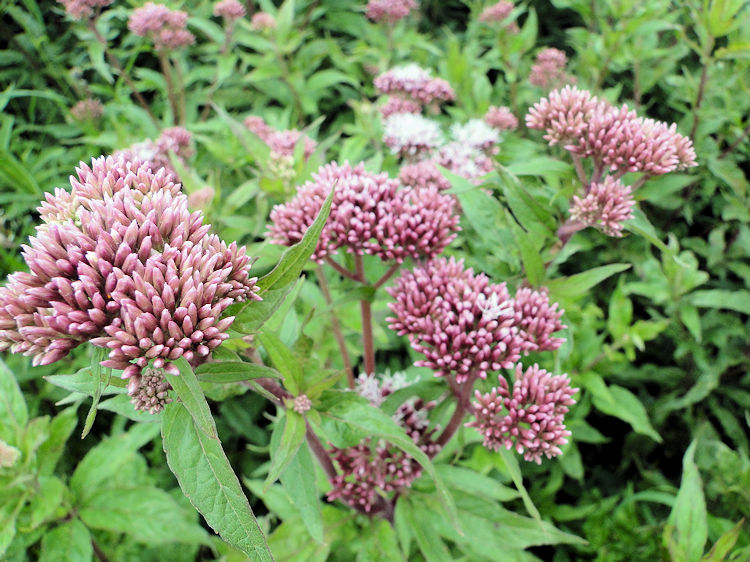 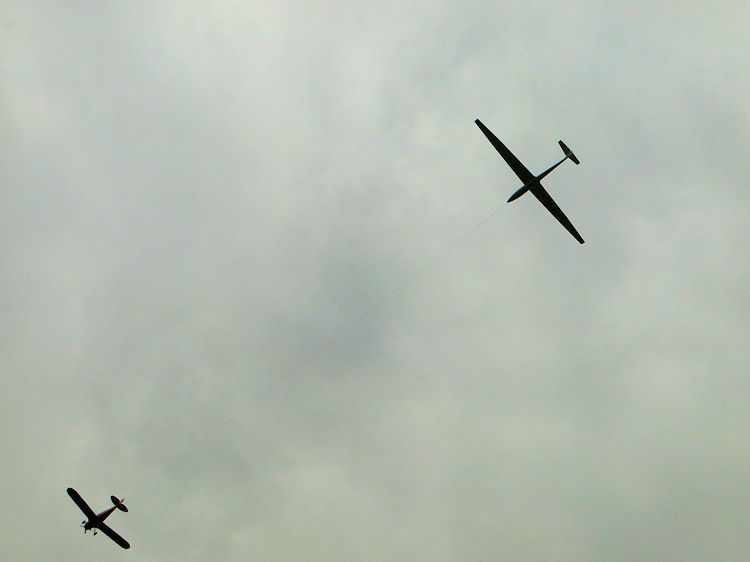 Taking to the air

Apart from the long distance views indicated on the marker there were many more local ones to enjoy. Flowers of many types were nestled in sheltered clumps close by. Some I could recognise, some I could not but ignorance on my part did not affect my enjoyment at seeing them in any way. Above me gliders from Bristol and Gloucester Gliding Club soared overhead, all assisted by the thermals created by the long escarpment of the Cotswolds. More gliders joined those already in the air after being hauled up to height by a propeller powered assistant. I watched them for a while and at one point was distracted by Buzzards soaring over Coaley Wood. They used the same thermals to glide and they had more grace in their manoeuvres than their man made fibre sky companions. As I sat and watched more I was distracted by a drone beside me. 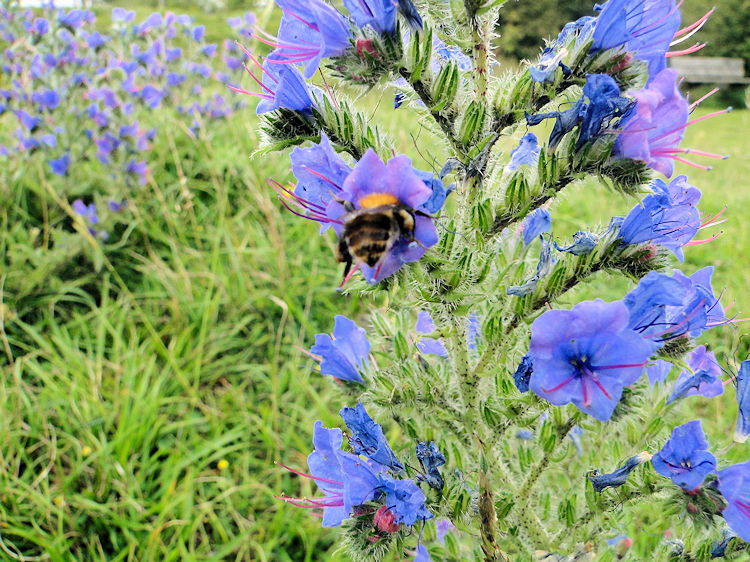 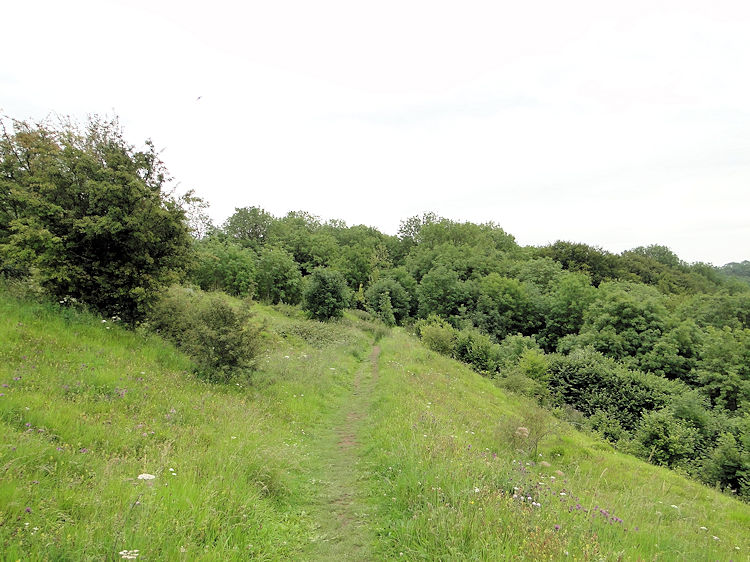 The drone was from a bee flying from one flower to another. A clump of blue trumpeted flowers was the bees particular favourite and I enjoyed watching it fly from one to another, flying into the flower head first and a few seconds later retreating out in a backwards motion. The gliders couldn't do that, I expect the Buzzards couldn't either. is not it only Hummingbirds that can fly backwards? I had been eating my Uley sandwich and taking a drink while all the aeronautics were going on around me and when I finished I rose from the bench I had rested on, took my leave and approached Coaley Wood once more, this time on the south side of Frocester Hill. On doing so I headed toward another Long Barrow, Hetty Pegler's Tump. I walked through the centre of the wood on the marked Cotswold Way path looking for a sign of the Tump. The long barrow was above me though on the edge of the wood so I missed it. 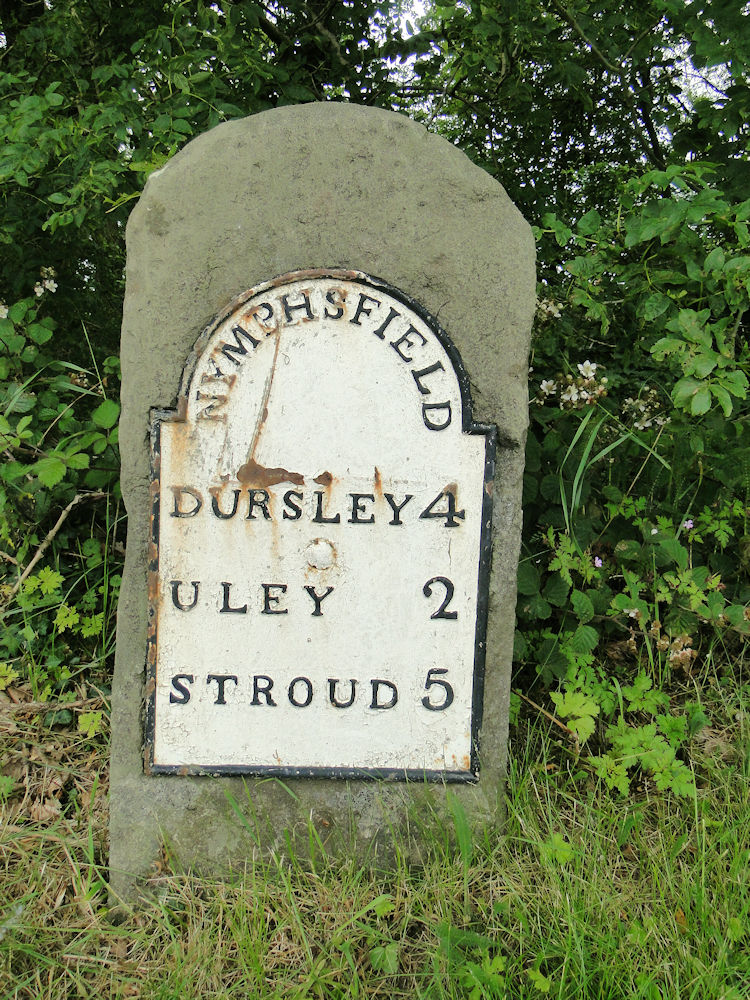 Decay and Fungi in Coaley Wood 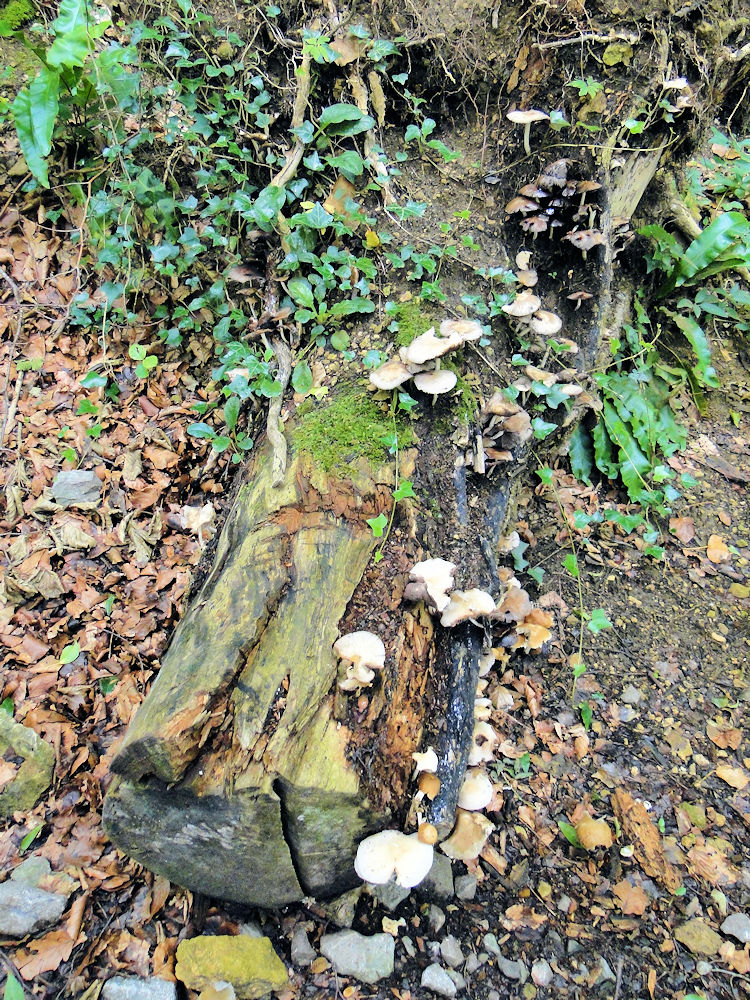 Signpost beside the B4066 near Uley Bury

Instead of seeing my second Neolithic chambered mound on the walk I observed woodland trees. Some were young upstarts vibrantly rising toward the light. Some were in their prime and upright. Some were showing signs of age with severed branches and with evidence of lightening strikes. Some were just laid flat on the ground beside the path plain dead. Fungi had quickly invaded the rotting vegetation for nutrients. Emerging from the wood I came across a milepost indicating the relative distances to Dursley, Uley and Stroud. Two miles by road for me but I was not going by road. I had but half a mile to go

My final half mile took me past Uley Bury, my third old age site of the walk, an impressive Hill-Fort. I couldn't see more than a mound of earth as I walked past its north east edge but the aerial photographs prove it is an awesome natural flat plateau. From Uley Bury I finished my walk by carefully descending the bank to follow my original path back into Uley. This was a superb walk with lots of interest, some ancient and some modern delights. I love walking in the Cotswolds.