Summary: This walk has all the ingredients for me, canals, tramways, heritage steam railway, a river valley and pleasant villages in undulating countryside. There is also Site of Special Scientific Interest (SSSI) but that's not my subject. There is car parking and a loo near the lime kilns. 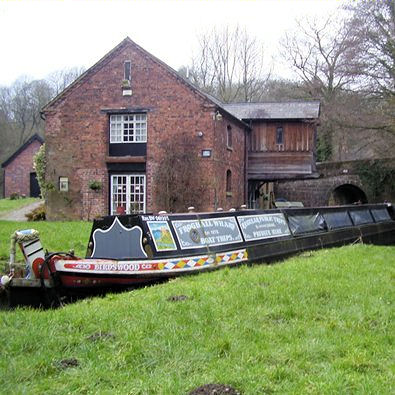 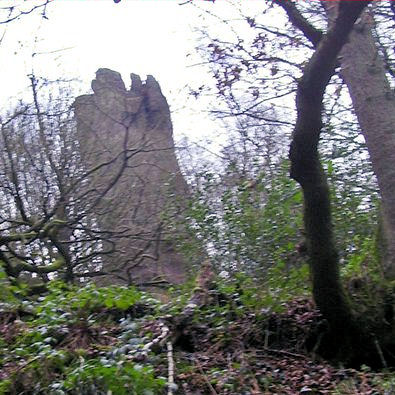 I started at Froghall where the former industrial site making copper wire has been flattened and various plans have been submitted for new use, how long will it stand an eyesore? How long will the recession last? Taking the canal towpath around the short but low and restrictive tunnel the heritage of this site comes into full view with the former canal warehouse and the huge wall of lime kilns giving an indication of the activity that once kept this area busy.

Our walk along a section of the Staffordshire Moorlands Walk offers another clue because this sunken track was once one of four tramways constructed during the 18th and 19th centuries to carry stone from the quarry at Caldon Low to the canal basin at Froghall Wharf. When we leave the track dropping down to cross Shirley Brook a bridge can be seen which carried one tramway over another, so intensive was the network. Learn more about the tramways here.

Before leaving the tramway you might like to take the detour up to Harston Rocks which I could see through the leafless winter trees, an impressive outcrop which looks a good site for climbing, with the right equipment. 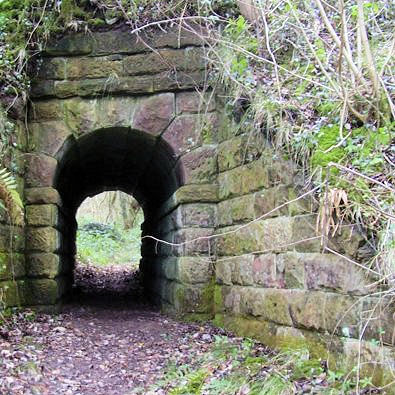 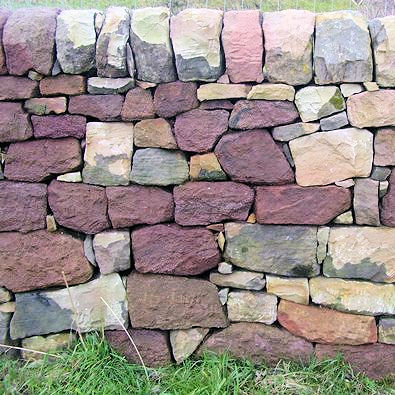 A very fine example of Drystone walling near Foxt

The Moorland Walk takes the southern approach to Foxt but I decided to approach from the north, the choice is yours. Just head to the church for the departure point from where a track makes navigation to Ipstones fairly straight forward. I jump ahead too far because on my visit I was attracted by the bright patchwork colours in a new section of dry stone wall. It will weather, so do the walk soon to appreciate this piece of outdoor art. 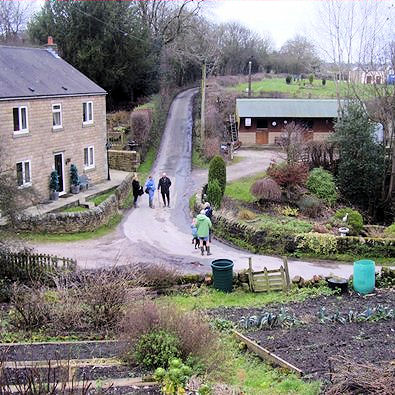 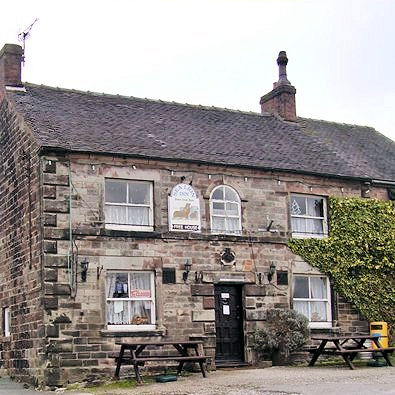 Some time in the past the track between Foxt and Ipstones must have been clear throughout but the centre section dropping into the valley and crossing the stream is now only fit for those on foot. Ipstones is a pleasant village with plenty of old stone houses among the more recent dwellings. I had already seen a plethora of Lion Inns, White, Black and Red and here was another. In Ipstones they like to be different, their's is the Sea Lion Inn.

There was also a shop which was useful for me to stock up with milk and earn some points on my return home. Again leaving from the church I see a Trig point both on the map and in the landscape, on the small hill alongside the track. What I also spy is a Royal Observer Corps cold war nuclear observation post, operational until the early 1990s. There are dozens of these dotted around the countryside. 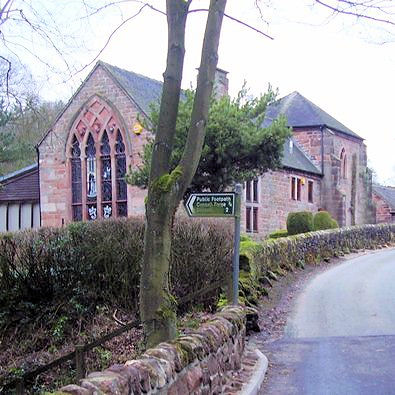 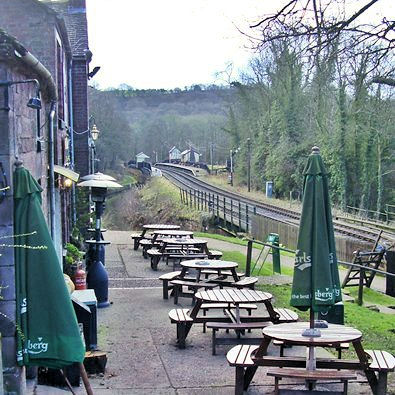 Consall Station in the distance

Turning right onto the road it's a shame that O.S. choose not to show the church / chapel symbol when one has been converted for domestic habitation. Our path leaves the road by what was clearly a religious building or was it? I investigate........intended for use as a church but never completed as such, built by John Sneyd of Belmont Hall.

Now starts the descent into the Churnet Valley first passing fairly close to Belmont Hall then down the two hundred steps of the Devil's Staircase. Once a thriving industrial location with more lime kilns, then a sleepy settlement at the end of a gated private road with public access only on foot or canal boat. Now the road is open, the canal is busy and steam trains regularly chuff through the valley stopping at the station that overhangs the canal. The Black Lion once a quiet hidden gem is now an extended thriving hostelry that won't be offended if your boots are muddy. 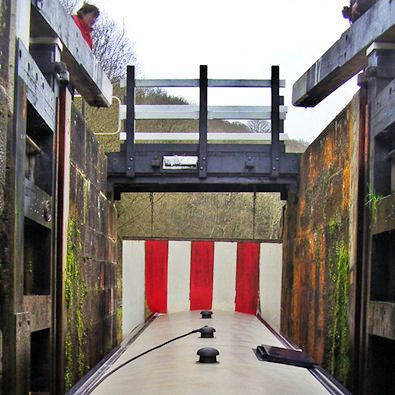 The gauge at Flint Mill Lock

You can safely sample a pint here because there is no navigational challenge to get you back to the start point. Just follow the canal towpath but take care there is water on one side. You may be lucky to see a boat passing through Flint Mill lock and or a steam train on the Churnet Valley Railway. The odd shaped bridge is known as Cherry Eye bridge and gave access to the now abandoned Cherry Eye Ironstone mine. The stone from the mine was latterly used for paint making, due to its excellent red colour and the name comes from the colour around the miners eyes, much like the black around coal miners eyes.