Summary: Ken explores the changing countryside in Northwest Notts. Not so long ago this was a walk to work but with time to heal it is becoming mature landscape with signs of man's intervention blending back to nature. 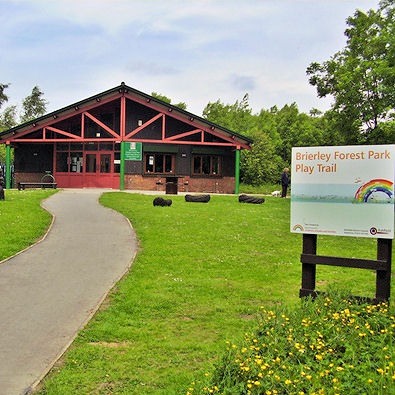 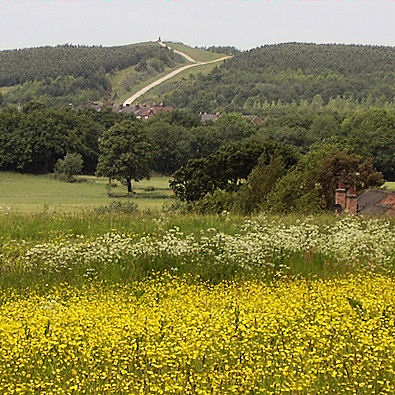 The greening of a former spoil heap

As a kid I travelled with my dad who drove a bus called the Dido (Day in day out) for British Railways between Bulwell and Annesley. More than once he went off route and on one occasion pointed out a sign on a building near the junction of the A611 and B6021 at Annesley which read "AD 1904 - Highest Point in Notts. - 609 feet above sea level". Being told that at a tender age I had held it as gospel until recently.

Nottinghamshire now has two highest points one natural and another man-made so we'll visit them both on this walk which offers the added bonus of walking through the grounds of Hardwick Hall in Derbyshire.

Follow the brown signs to start the walk from Brierley Forest Park at Huthwaite where a Visitor Centre offers information and a cafe open everyday, so the sign said. The walk uses a mix of public rights of ways and the paths along the many disused railway lines that once served the dozens of pits dug to extract coal from deep underground. 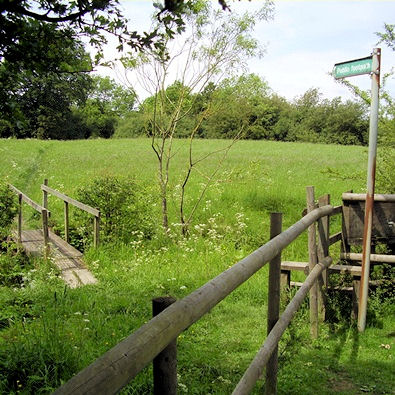 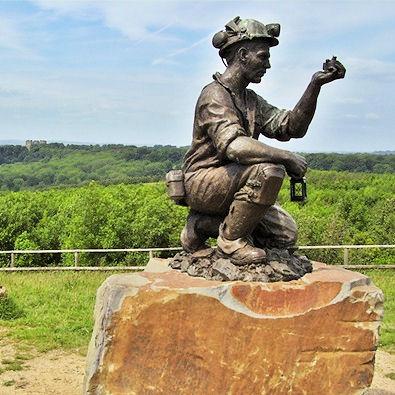 At Fackley 'The Carnarvon' must be one of few prosperous pubs because building work for an extension was in progress when I passed. The trees at Silverhill Wood still have some way to go but the area is fresh green with a stark white path climbing the hill which is now difficult to recognise as a former spoil heap. The sculpture of a miner marks the man-made high point at 672 feet (205M) but I do wonder if settlement will bring it down over time. Before settlement and the growth of trees take their toll I admire the view across into the Peak District and my next destination, Hardwick Hall. The route needs to double back to exit the boundary of the park, back onto the Teversal Trail which I could follow until meeting the Rowthorpe Trail. 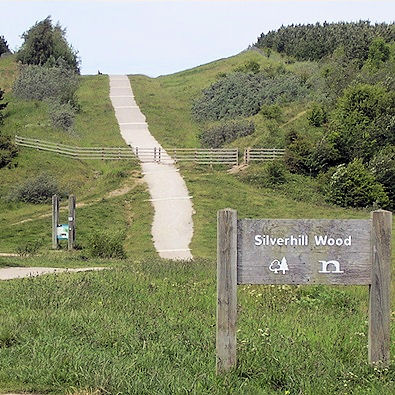 Silverhill Wood, in the making 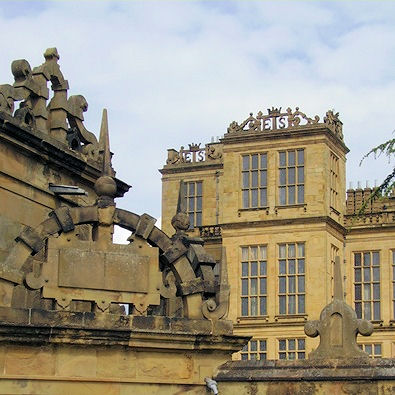 No, I'll cut the corner on some field paths passing the attractive farm conversion at Norwood Lodge then join the old rail route and a minor road to access Hardwick park. Taking a delightful half mile traffic free tree lined drive brings me to the stunning halls of Elizabeth Talbot, Countess of Shrewsbury, Bess of Hardwick. It was half term, the car park was full and folk queued for ice cream and drinks at the kiosk on this warm day. Passing through I admired both the New Hall built at the end of the 16th century and then the ruin of the Old Hall. 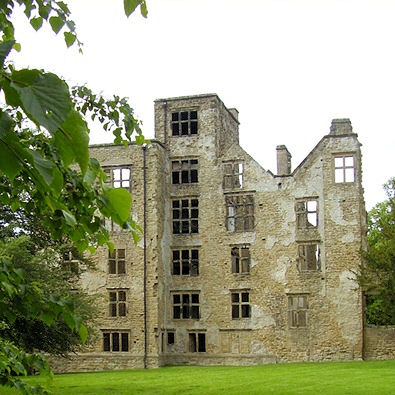 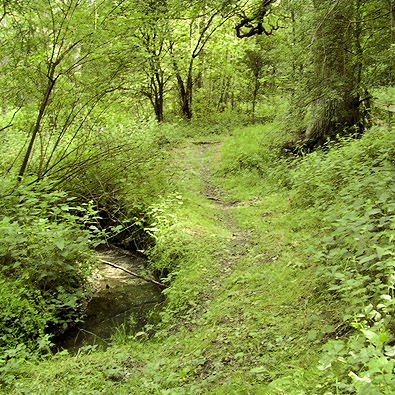 A tranquil path if you ignore the traffic on the M1

I had plotted the exit along the drive and took a peek at the Stone Masons exhibition. When I arrived at the cattle grid and gate, having become frustrated by the constant steam of cars leaving for home, I looked back and could see a worn path across the park so explored this. I therefore offer this as the preferred route of the walk. I was now drawn to the Hardwick Hall Inn at a time when they were quiet if the dozens of empty picnic tables filling every green plot around the Inn was an indication of a busy day.

A signed path, not on my map, cuts across the car park and avoids a section of road then the sign for Ashfield District Council reminds me this is a border walk as I stay in Derbyshire, just. The roar from the motorway gets louder and I wonder what Bess would have thought of this intrusion through her park. The path along side the M1 is rather nice through woodland and beside a small stream but time for the MP3 player to blank out the unwelcome din, something I wouldn't normally consider, preferring the bird song. 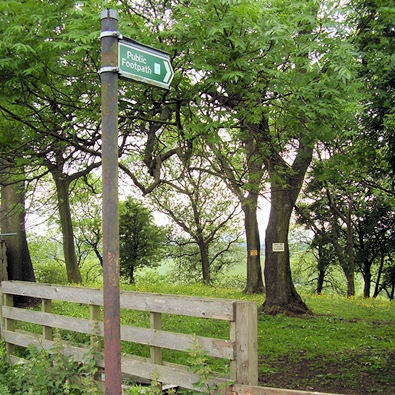 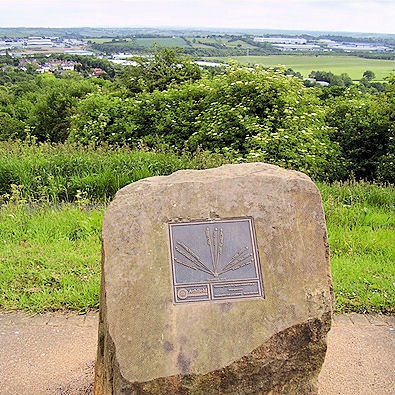 Strawberry Bank is the highest natural point in Nottinghamshire

I ponder the origin of Tibshelf Wharf Farm and search the web at home. This is high ground for a canal or was it a railway wharf long gone? A spot height of 204 metres looms but close inspection reveals it's in Derbyshire where 204 metres is insignificant. The next section of road is busy but has a pavement and the paths are less well used on the return section but offer interesting views and varied land use. Another old rail route provides an excellent walking surface. Do these well defined paths take people off the rights of way network or inspire them to explore farther afield I wonder?

My final objective is in view, I am not inspired from a distance but Strawberry Bank can offer some redeeming features on close inspection. A boulder stakes a claim and offers some local landmarks but there's no WOW factor here, just confirmation that at 660 feet (201 metres) this is the highest natural point in Nottinghamshire.

To be fair Kinder Scout, the highest point in Derbyshire, is not the best viewing point of the Peak District so I am not too disappointed. Having achieved my objective in just over ten easy miles and with the grandeur of Hardwick overall this has been a pretty good walk.