Weston upon Trent, Sandon and the Trent and Mersey Canal

Summary: A lovely walk beginning in Weston, a canal side village north east of Stafford which follows countryside to Sandon before following the Trent and Mersey Canal back to Weston. 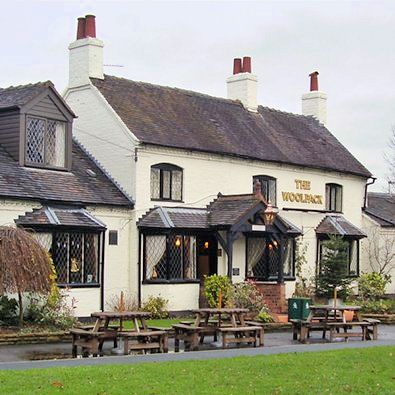 Woolpack Inn at Weston upon Trent 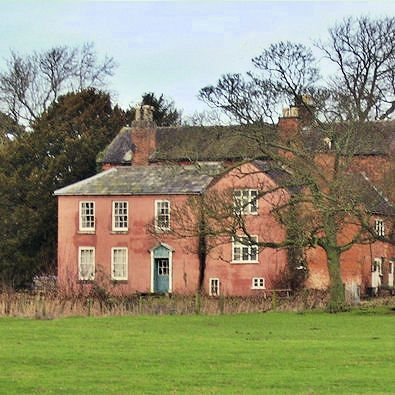 Start at Weston which is on the Trent in Staffordshire and not to be confused with Weston on Trent in Derbyshire. It's confusing because both also sit alongside the Trent and Mersey canal. I start with a village tour avoiding the A518 but missing the church. What I do see is the Woolpack Inn which could easily be The Bull at Ambridge, set in the village centre overlooking the green, a quintessential setting.

An unavoidable crossing of the A51 follows but there is a footpath so the danger is not extreme. I made a return visit to Gayton but would appreciate another exploration so if you feel like going off piste be my guest. The modern timber clad village hall looked busy serving as the Post Office at the very least. I noted with interest a pile of logs against the back wall and a stainless steel flue, the only wood fuelled community hall that I have seen.

The church tower was rather utilitarian, being restored in 1732 in brick. The mix of blue red and yellow gives limited appeal to the eye but more interest is hidden from view, a bell cast in 1608. 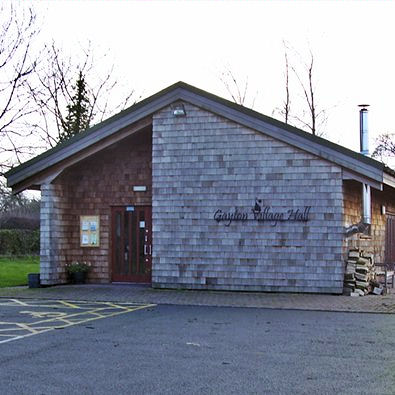 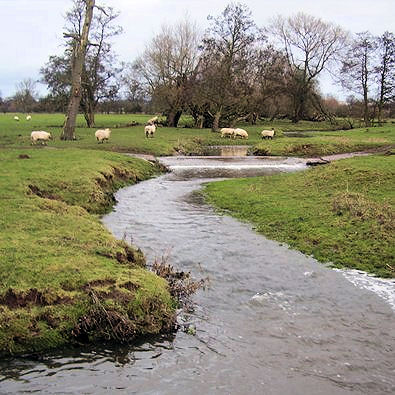 Crossing first Gayton Brook by a wooden footbridge then Stocking Brook by what remains of a brick arch culvert we enter Sandon Park and start to climb. The view to the south is an excuse to stop and get your breath back but soon Trentham Tower comes into view and you will find it difficult not to stray from the path to take a closer look. Designed by Sir Charles Barry it was the upper part of a square tower formerly part of Trentham Hall and moved to Sandon Park when the Hall was demolished in 1910-12. The tower is one of the 1,857 buildings considered by English Heritage to be 'At Risk'. 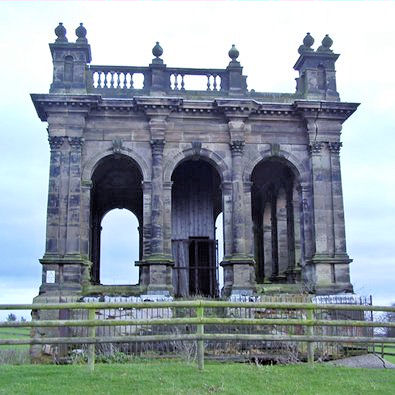 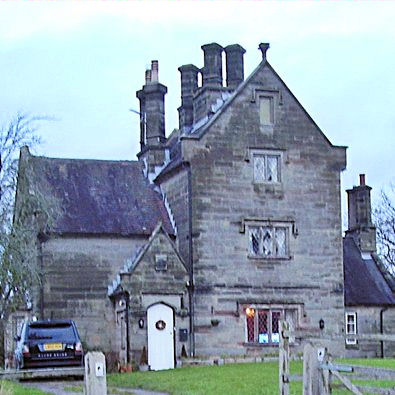 As we drop down to the track, Stonehouse Farm has the appearance of being one bay of Weston Hall which we will see later. On my visit the moat would certainly repel my approach; it was a black morass with no sign of water. It appeared to protect a group of model hen houses in the Tudor style. Sandon church is well placed to reach heavenly but it's neither convenient for the gentry of the hall or servants in the village.

Dropping down a lane towards the main road we pass the old school sadly boarded up on my visit and it appeared to have stood empty for some time. On three corners of the cross roads stand buildings of interest: the gates to Sandon Hall, the Village Club opened by the 5th Earl of Harrowby in 1905 but now a nursery school and opposite the Dog and Doublet, a "charming yet stylish gastro inn" states their advertising.

There is a short section of road walking which can be busy so take special care. The old station building is ignored by the busy main line alongside. Its grandeur would suggest special provision for Sandon Hall but many of the original station buildings along this line are of a similar style. You will be pleased to escape the road onto the tranquility of the canal towpath which offers an easy route back to Weston. 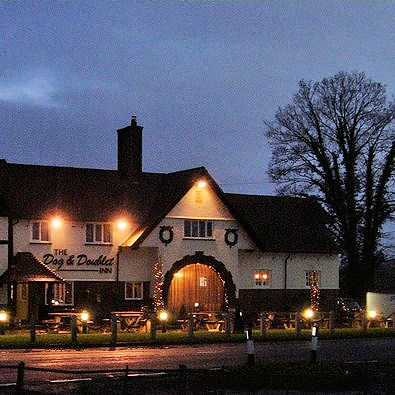 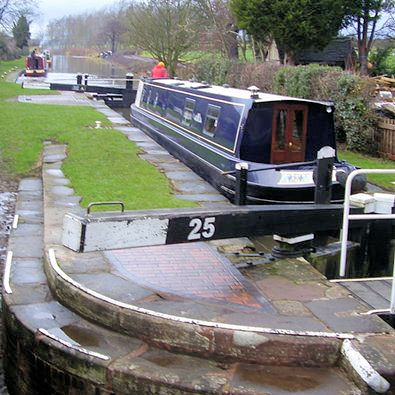 Sandon Lock on the Trent and Mersey canal

Along the way the path passes under a substantial brick arch bridge which I suspect was raised with the multi layer arches to maintain height when the railway bridge was built close by. Also of interest are the canal mileposts giving the distance from the Trent at Shardlow to Preston Brook on the Mersey. Some of the missing posts have been replaced and show their sponsor. The river Trent winds along to our right and the occasional whiff of town can be detected from the already adulterated water.

Finally as we approach journeys end, to our left is a massive footbridge to carry pedestrians over the dangers of the railway along a lane which became too dangerous for a level crossing. Over to our right in the lea of Weston Bank is Weston Hall, it has 17th century origins but with alterations and enlargement until the end of the 19th century. Another interesting walk which has added to my appreciation of an area previously only explored along the narrow canal corridor.