Summary: I touched on the Great Glen Way in my Ben Nevis walk when I thought this was a route best cycled or better still cruised along the adjacent Caledonian Canal. Mike used a section on his thousand mile walk and ended by saying "The monotony tired me physically and mentally." So, you'll be pleased to know this walk is from Great Glen in Leicestershire. 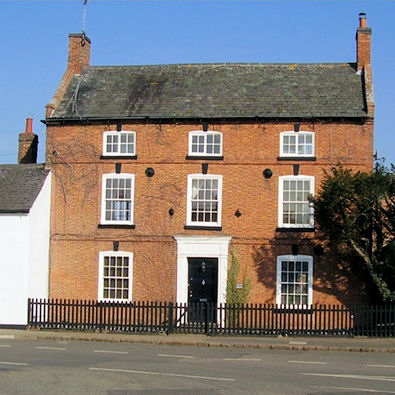 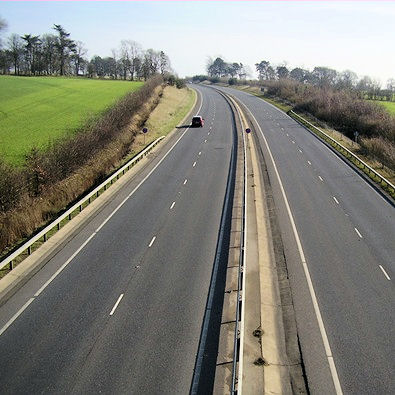 I had the pleasure of walking with Heather Mac.... President of the Leicestershire Footpath Association recently acknowledged as one of the oldest, if not the oldest footpath groups in the country. Heather knows the area well and was an excellent guide and companion. The conversation was as good if not better than the walk and the five miles passed far too quickly.

Until recently Great Glen stood alongside the busy A6 but now a bypass takes the traffic away from the village but twice disturbs our otherwise tranquil walk. The walk along Orchard Lane from the war memorial offers an easy start, beware of older maps because the footpath has been moved onto the farm track with both sharing a bridge over the new road. From this vantage point there are good views and to the south my guide points to the high ground, site of an Iron Age settlement among the trees. 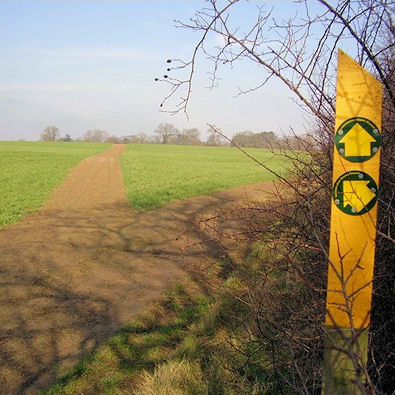 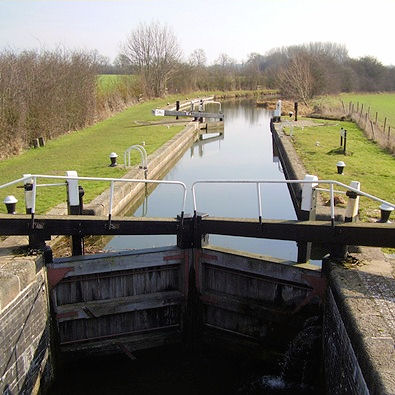 Crane's Lock is devoid of boats

We could trespass and stay on the track, as many do, but the paths are well defined across the fields so I recommend we follow the yellow topped marker posts common throughout the county and a great help to walkers. Passing under the railway bridge I am not too impressed by the bland trains dashing past to or from East Midland cities.

On this first day of March the canal at Crane's lock is devoid of boats a situation exacerbated by the lack and rain and restriction on the use of the staircase locks at Foxton. We take to the towing path and admire the passage of the canal water over the river Sense by a brick aqueduct. Although most canal towpaths are available for walking and cycling we do not have a public right to use them so if the canal needs repair the path can be closed. Fortunately this only happens very occasionally. 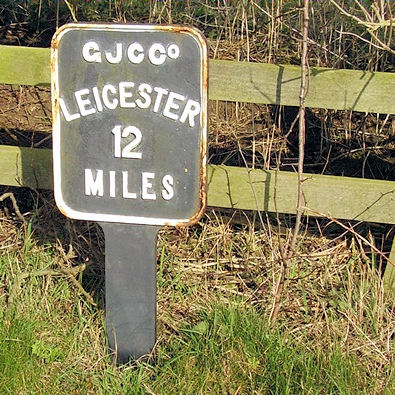 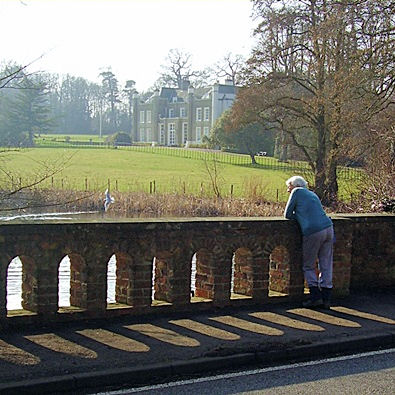 The first bridge we pass under is not a good place to moor a boat for the night. The driver of each car that passes along the road above sound their horn, making for a disturbed night I would guess. The next bridge in strong blue brick carries only a footpath and here we leave the water to explore Wistow.

This pleasant water meadow of the Sense has public access "by kind permission of the landowner and grazing tenant" until recently it was part of the funded Countryside Stewardship Scheme but it would appear that the access is now truly provided by 'kind permission'. There are also public path first to Wistow then to Newton Harcourt church which we will be using.

Having strayed from the path into the churchyard the church may well be locked but is worth an external inspection. The 1961 re-roofing in aluminum is interesting in light of the current lead thefts. I recommend you press on a little further now, crossing the road then stand on the bridge to admire the lake and in the distance Wistow Hall. Retracing our steps and recrossing the footbridge over the Sense look around at the raised banks in the fields. These are the remains of the medieval village of Wystowe, as marked on our Ordnance Survey map. While open access is permitted we can avoid a short section of road walking. Stay in the field and take the stile close to the church and Manor House.

The churchyard was covered in a carpet of snowdrops and it was difficult to walk among the memorials to avoid the green shoots of other spring flowers. We viewed the memorial to Christopher Victor Gardner, born in 1916 who died aged 8. His father a stone mason by trade, had suffered badly from the effects of gas in the First World Way and was sent to Wistow Hall to convalesce. He was befriended by Lord Cottesloe, who offered him a cottage to move the family out of London and settle here in Leicestershire. 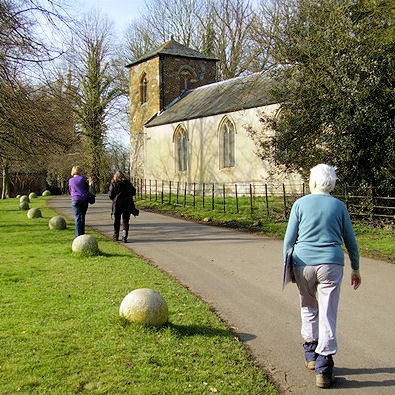 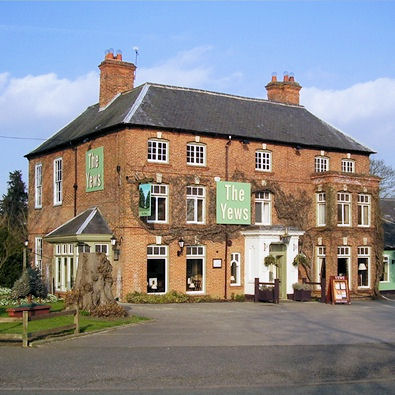 The Yews at Great Glen

Passing through The Green, I am told this is the best part of the village so amend the route removing the loop along the main road "just modern houses" says Heather. The next crossing of the A6 is on the level but at least the central crash barrier has a gap for us to pass through, not always the case I am sorry to say.

Great Glen once a centre of the stocking frame industry based in Wigston became the country retreat of the factory owners who mass produced hosiery in the city. Robert Kaye (a shoe magnate) of Glen Manor gave the oak church gates 'A thank offering for the safe return of their son' 1918. A memorial to Theodore Walker prompts my guide into another bit of history. The Walker family owned what was to become Wolsey which supplied the arctic explorer Captain Robert Falcon Scott. It is said Scott visited Walker here in Great Glen when he was seeking sponsors for his ill fated expedition.

Finally, on the very day after my walk it was announced that in 2012 at the age of seventy six Engelbert Humperdink will represent Britain in the Eurovision Song Contest. Born in India, Arnold George Dorsey he became a Leicester lad in 1946 and retains a home here at Great Glen.

Call it gossip if you will but this was a great walk made even better by the company and chat of my guide, thanks Heather.