Summary: Take a look at the Cromford Canal which allowed an industrial revolution, while Pentrich was the start of a social revolution. Although unsuccessful, the rising at Pentrich was a significant milestone in the long struggle for democracy and a just society. A handy spot to park is the old road by Queens Head Farm, Ordnance Survey grid reference SK 38559 51367. 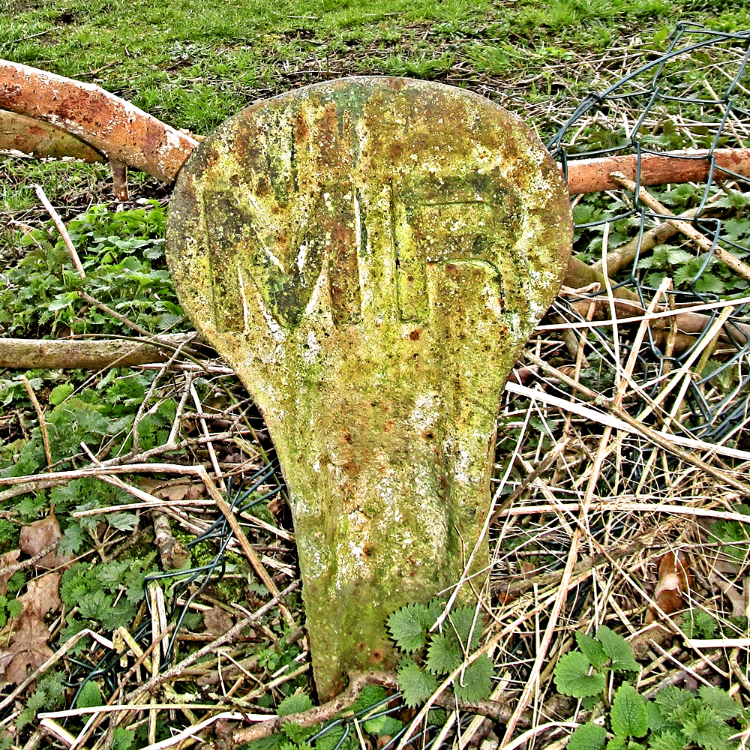 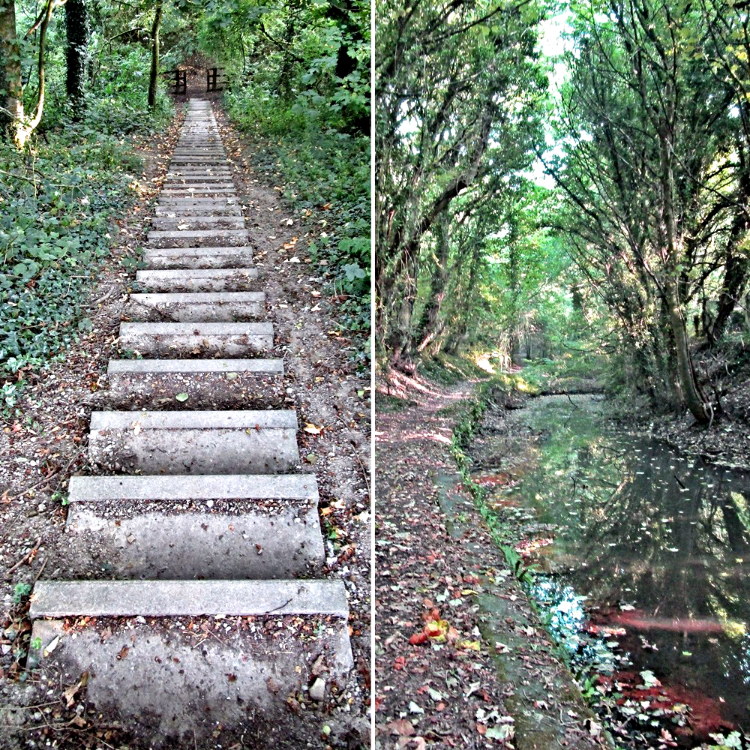 Steps taking the footpath across the road

The Cromford Canal opened in 1794 and was a huge success for it's shareholders, that is until the railways arrived. The buy out occurred in 1852 and it was downhill from there on. The Midland Railway confirmed their ownership with boundary posts which can be found hiding in the undergrowth along the way.

A heart pumping climb to cross the A610 confirms a later competitor to the railways and another nail in the coffin of the canal. The tunnel mouth is disappointing as it's not the original but you may wish to take a look, the path can be a bit muddy along here. 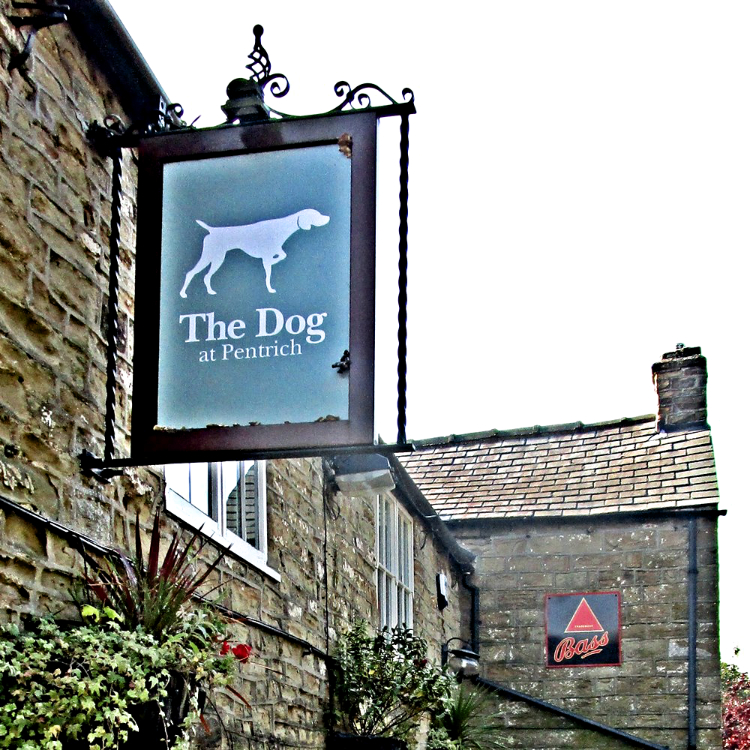 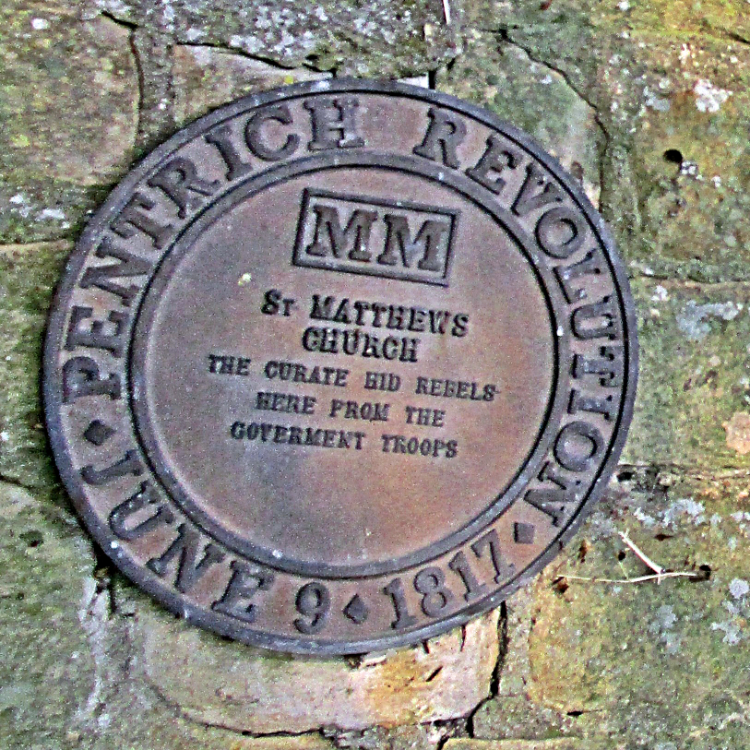 A series of plaques record the route of the revolution march

Take a little time to explore Pentrich and information about the revolution. It's difficult to imagine this pleasant sleepy village was once the centre of rebellion. It was also the parish to a large area including the town of Ripley as can be seen from the tomb of Henry Strafford of Ripley who died July 25th 1800 aged 70. There was no parish church in Ripley until All Saints was built by the Butterley Company in 1821.

The path from the churchyard is one of my favourites. It crosses the invisible Ryknild Street, the Roman Road from Derby to Chesterfield. This path offers wonderful views north up the Amber Valley towards the hidden Ogston Reservoir. To the west across Wingfield Park including Lodge Hill Farm, passed later. The Amber meets the Derwent at Ambergate then beyond that Alport Height and Wirksworth Moor provide an horizon. All within an easy day's walk. 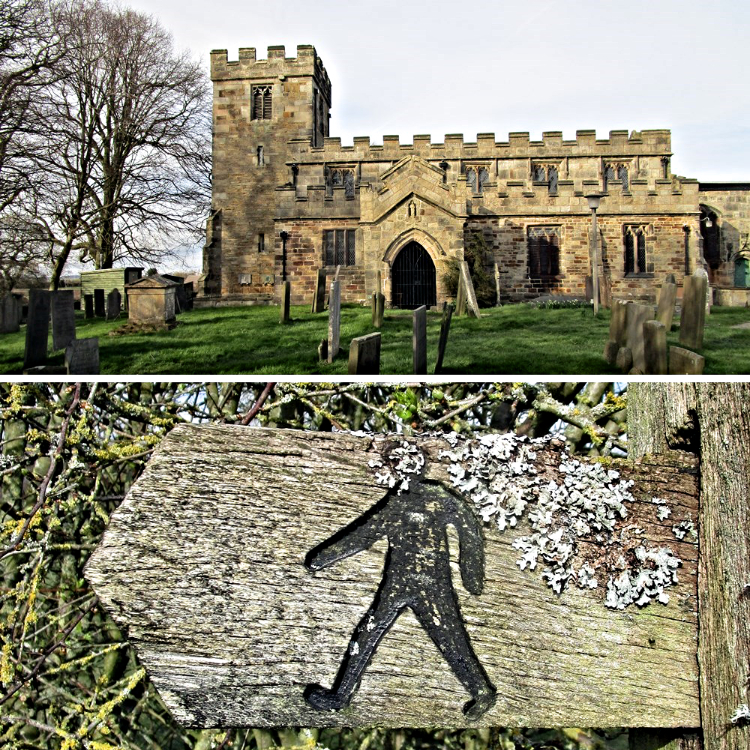 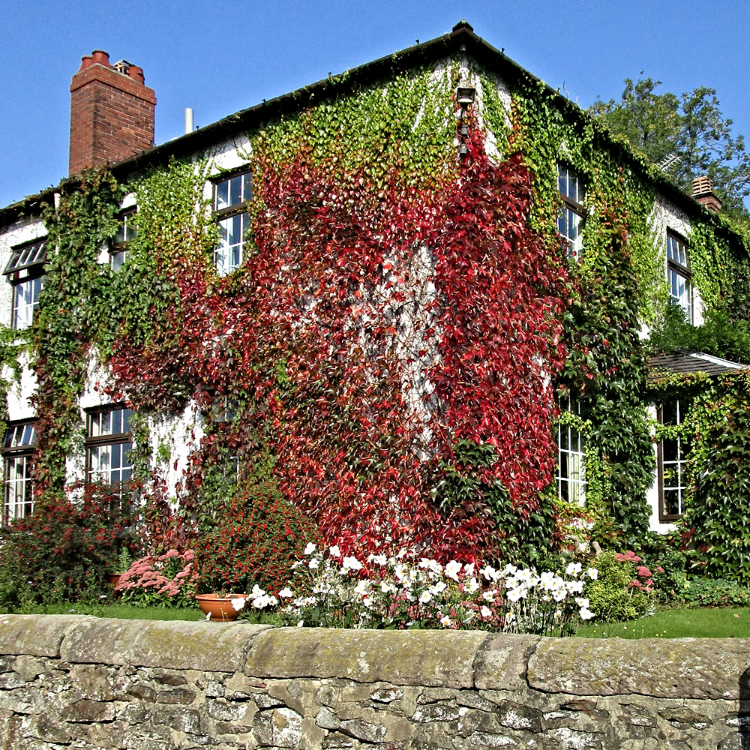 Unless a train passes, you may not notice the crossing of the railway which passes through a short tunnel. This was the North Midland Railway, quite an early line from Derby to Chesterfield. The aim was York and initially it missed Sheffield, following river valleys, Derwent, Amber then the Rother.

Another short climb and we reach the summit of this walk passing Tithe Farm then the remains of a windmill perfectly located on top of the hill a reminder of the pre-industrial age. The restored Heage windmill can be seen across the valley to the south. There are so many layers of human activity around here, layers that are still being being added. Another crossing of the railway and impossible to miss with a huge bridge installed not too long ago to replace the level crossing, keeping us away from danger of high speed trains. 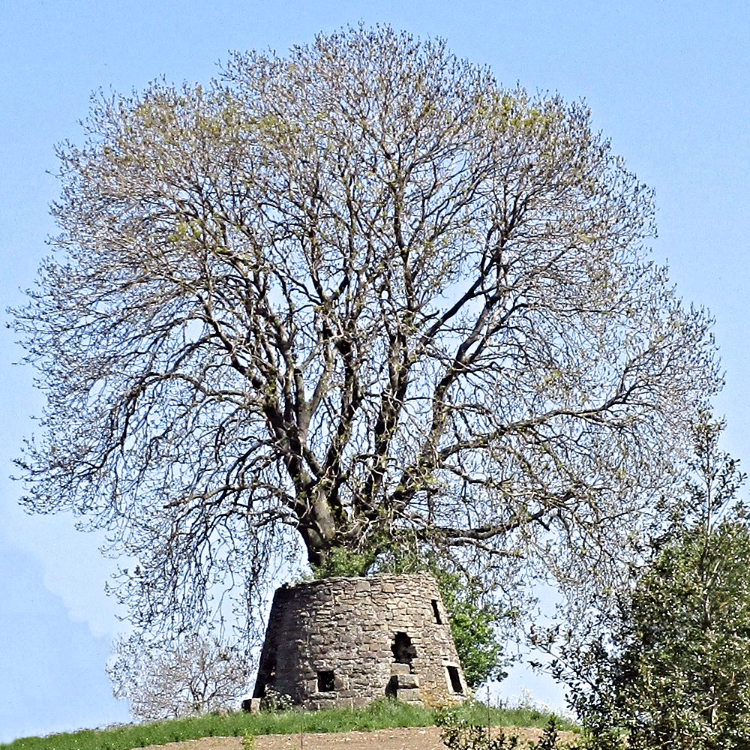 Remains of the mill tower 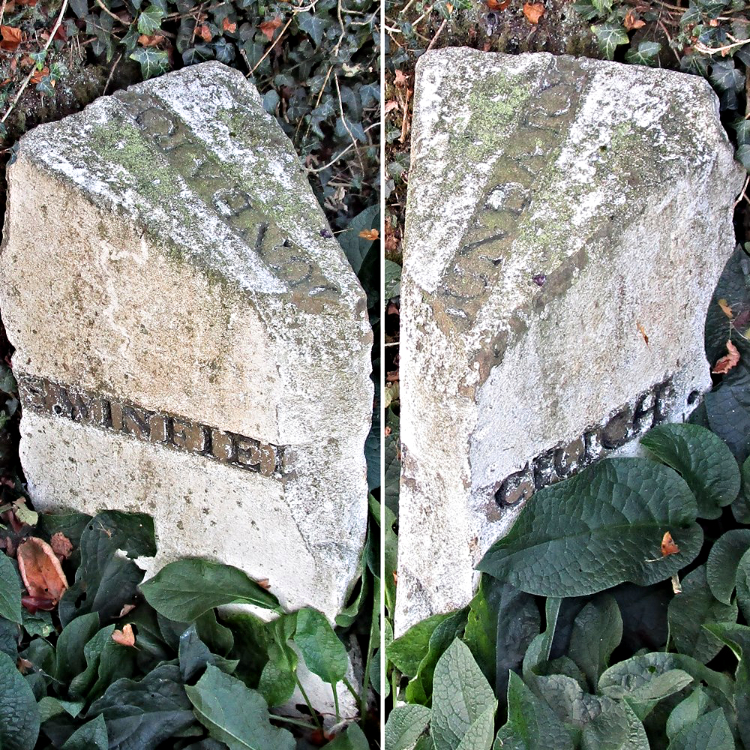 Crossing the Amber note the pipe bridge a few metres up stream. Investigations continue but this is most likely the water pipe laid by the Ilkeston and Heanor Water Board taking drinking water from the Meerbrook Sough to the named towns plus others. It seems a bit strange drinking water that drains a lead mine.

Back on the line of the canal it's a level return. This section had no locks from the tunnel through to Cromford, quite an achievement in hilly terrain. Desperate to rid themselves of the canal after closure, this section was sold and used as a landfill site. Exposed stone and rubbish are testament to this. Trees became established but felling in 2019 has opened up the area for a brief time until the evident saplings again take over. 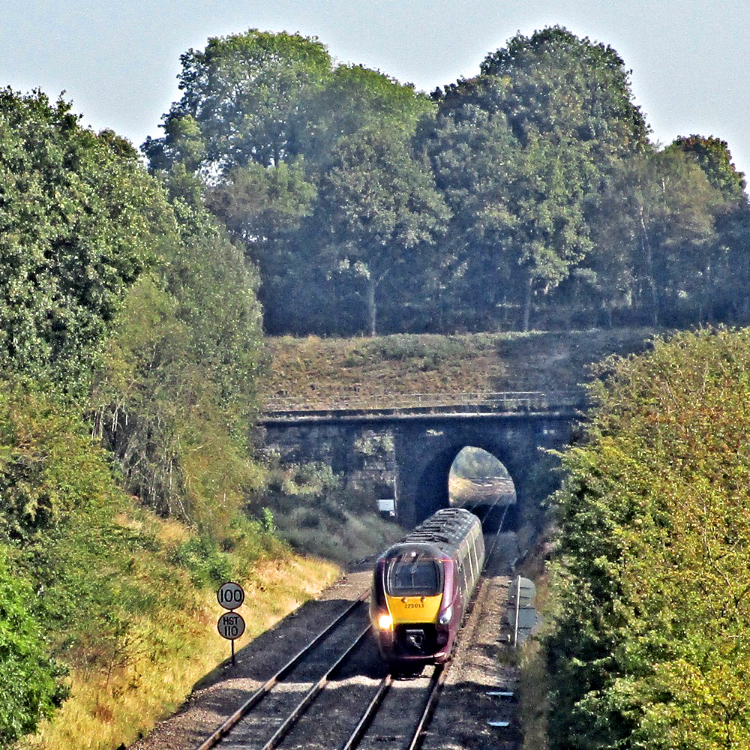 North Midland and the tunnel under the route 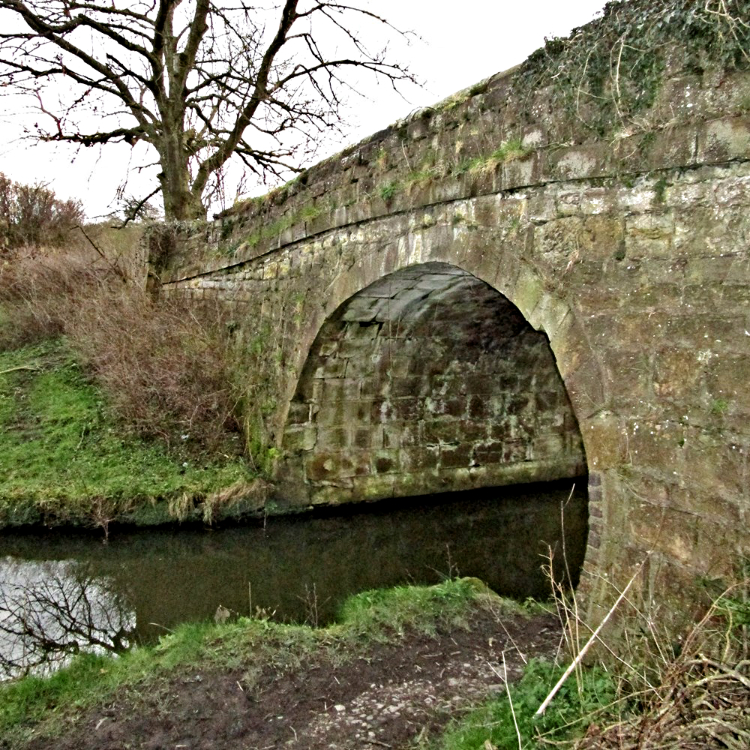 Starvhimvalley Bridge on the Cromford canal

Road, canal and later railway all crowded the south side of the river valley, no doubt prohibited from encroaching on Wingfield Park which remains an attractive area to the north. A short tunnel with a path brings us to the Excavator Inn. Here the canal swings south and the abandoned railway crossed overhead. Away from the road and a wide track of land leads to a section in water, go to the left. Retained for angling but with the original Starvehimvalley bridge you might almost expect a boat to appear. The final section has recently been donated to the Friends of the Cromford Canal and it has water flowing through it so lets hope with caring owners this section could soon look more like a canal than a reed bed.