Summary: A delightful walk in the Scottish southern uplands where the great natural views of the undulating terrain are supplemented with a range of sculptures made by iconic masters of the art including Auguste Rodin, Jacob Epstein and Henry Moore. Also there is the chance to spot a red squirrel as my wife Lil and I did during our walk. 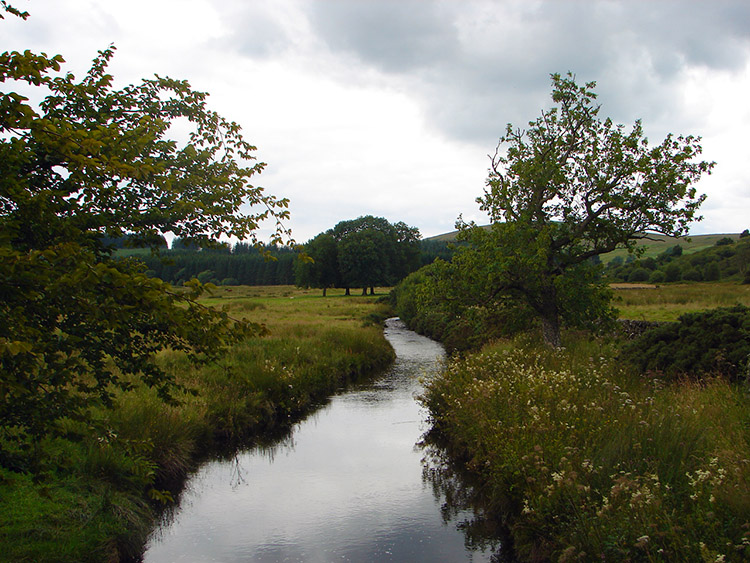 This Burn is the source of Glenkiln Reservoir 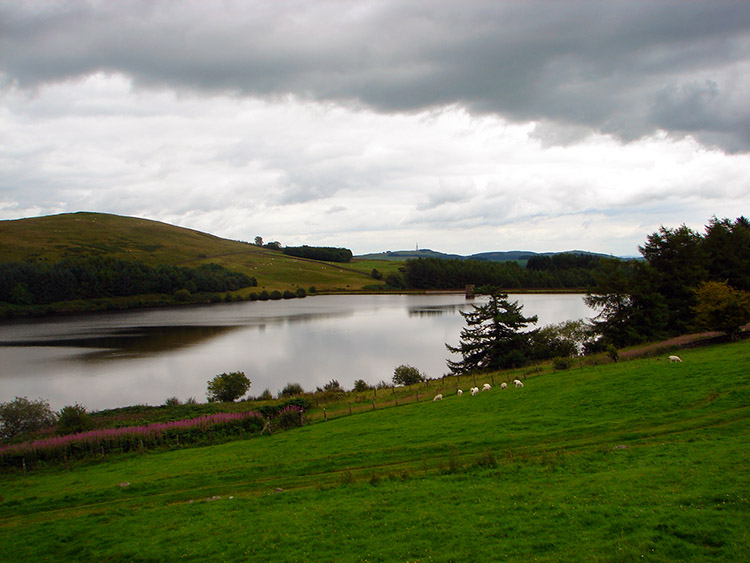 The first day of our Scotland touring holiday was fair if overcast, not a bad result in the 2008 British summer and so Lil and I took the opportunity to walk in splendid southern Scotland landscapes while seeking out some extraordinary characters during our navigation of the land around Glenkiln Reservoir. We arrived at the reservoir and found our way to a convenient small car park at the source end of the reservoir where a statue of John the Baptist by Henry Moore heralded us. As we arrived we also passed two ladies starting their walk. We were to meet them sooner than later. 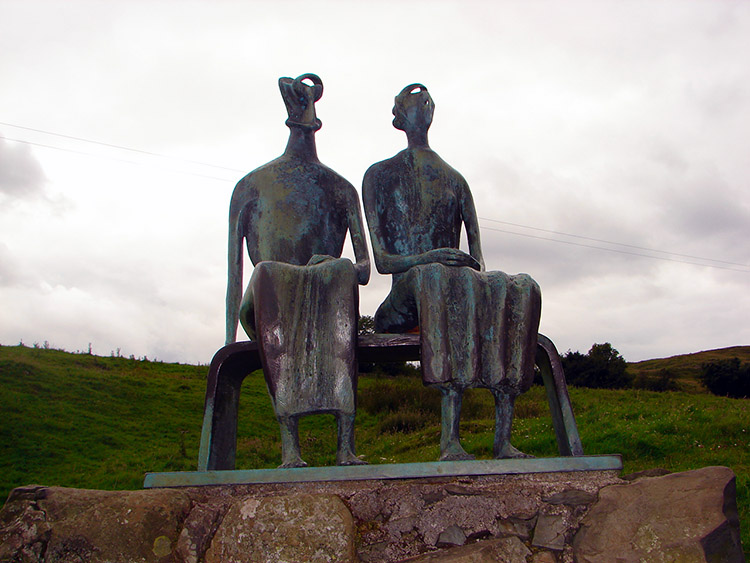 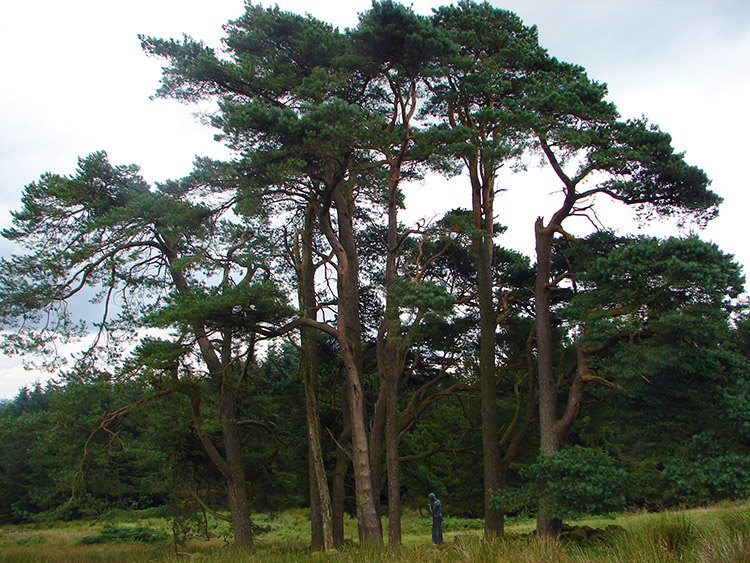 The first part of the walk took us back along the reservoir road for about 500 metres until we bore off through a gate to our right. Once through the gate we saw the first sculpture directly ahead. We also saw the two ladies admiring it. The ladies were from Glasgow and had taken the opportunity of the dry weather to visit do the sculpture trail. Good idea. As is usual in a scenic spot we took a photograph of the two of them with the King and Queen (Moore's Sculpture) and likewise they took one of me and Lil. Then we moved off ahead of them. 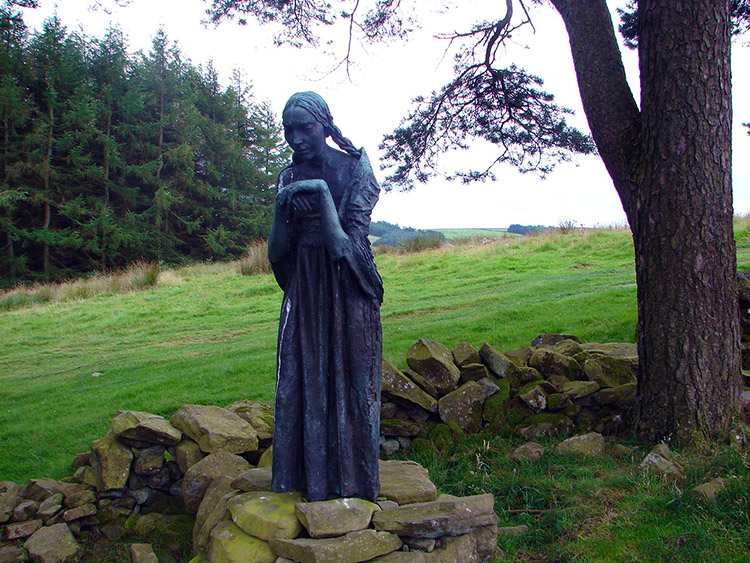 Mary in 'The Visitation' by Sir Jacob Epstein 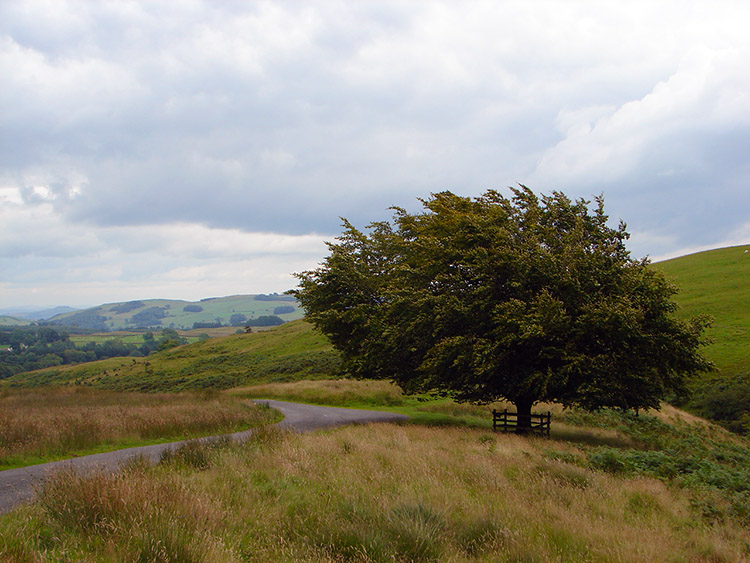 The view north from Pinetree Hill

After leaving the King and Queen we climbed up on a track at the edge of Glenkiln Hill. As we did I noticed the sodden ground. Southern Scotland had endured early August deluges and as it turned out August was almost a complete wash out in these parts but fortunately for us we experienced a dry day window. And so we continued to walk in the dry and made onto a copse of pine trees where a lady was waiting. She turned out to be Mary as represented in 'The Visitation' by Jacob Epstein. I found her to be polite, Lil found her a little scary. Nevertheless we paid her the necessary grace before moving off to our next encounter. 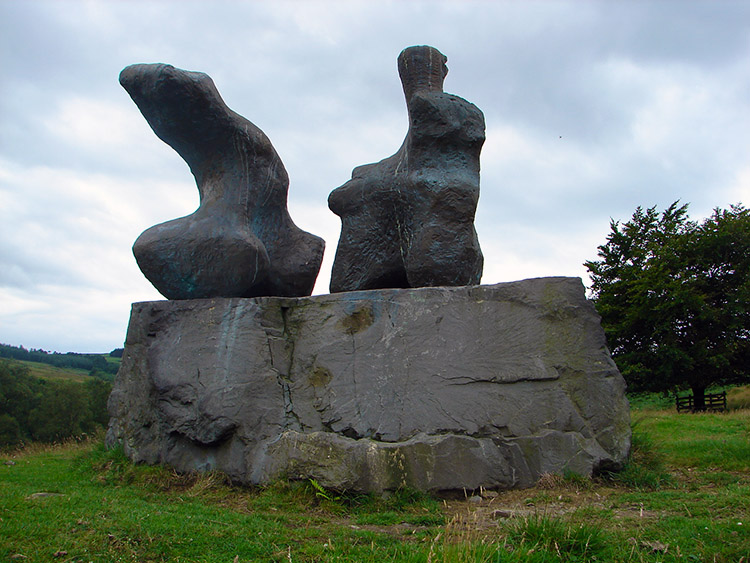 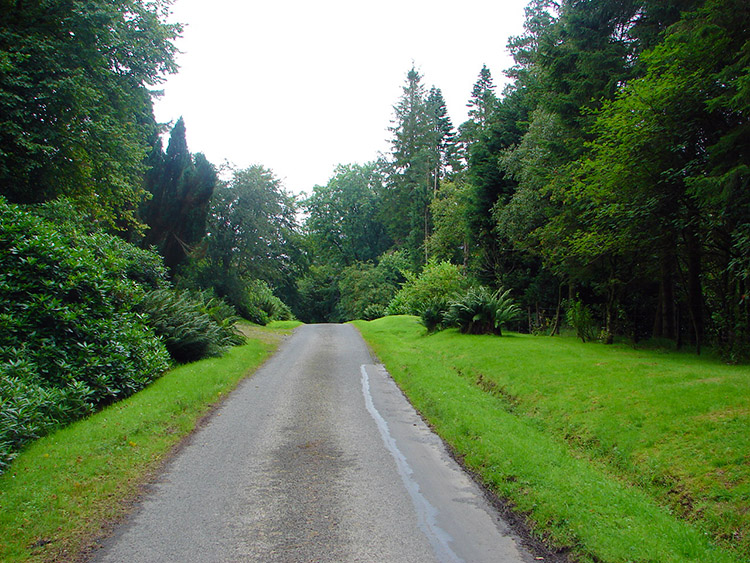 After our time with Mary we moved on to the highest point of the walk near Pinetree Hill before meeting the reservoir road which we followed down to the next sculpture and a rude one it was too. Look for yourself in the photograph above left but the two piece reclining figure, man and woman look very much like....man and woman would you say? At the place where they stand there is another point of attention though as the views of the local landscape are beautiful especially to Bishop Forest Hill in the north. After our analysis of Moore's risque piece we walked down the road into Glenkiln at the head of the reservoir and here in the woodland I encountered my first ever red squirrel. it was a shame he was just too quick for the camera. 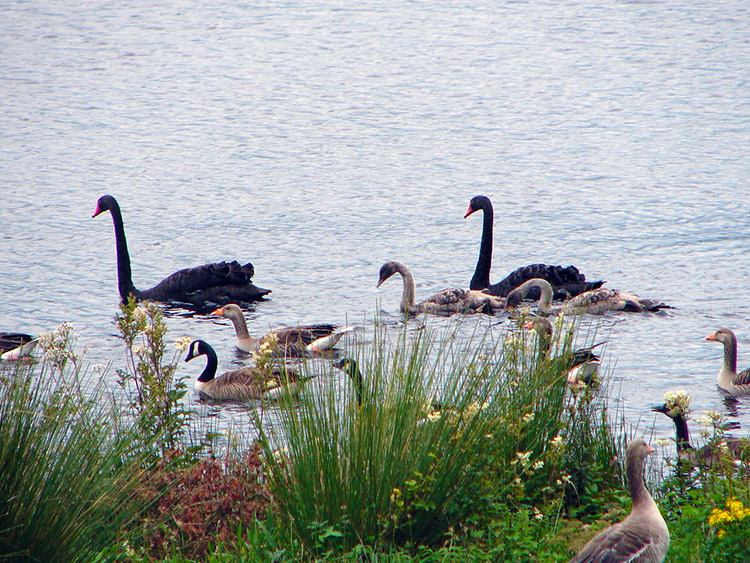 Swans and Geese on Glenkiln Reservoir 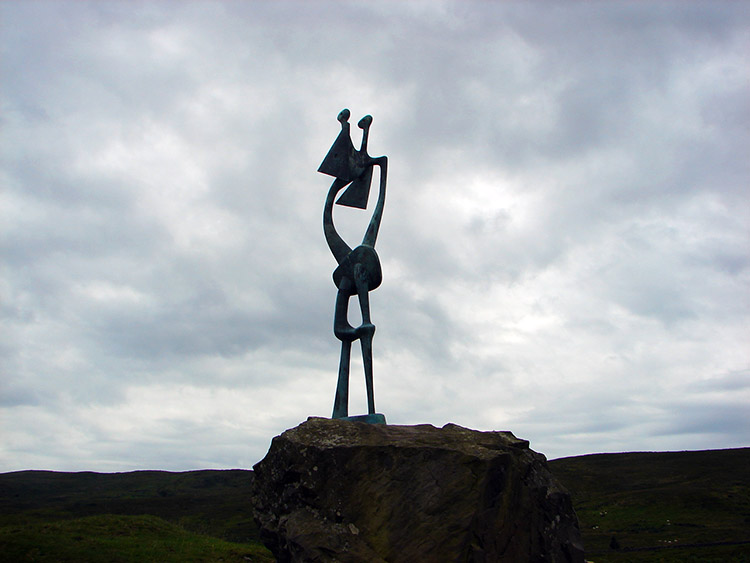 Lil and I enjoyed the sculpture trail immensely and reflected on the pieces seen and the views too on the walk along the reservoir road back to the car. Lazily though we took the last sculpture, Henry Moore's Standing Figure by driving a couple of 100 yards north west to the Shalloch house junction. The final scuplture complimented a lovely not too taxing walk, a nice start to our holiday touring Scotland.