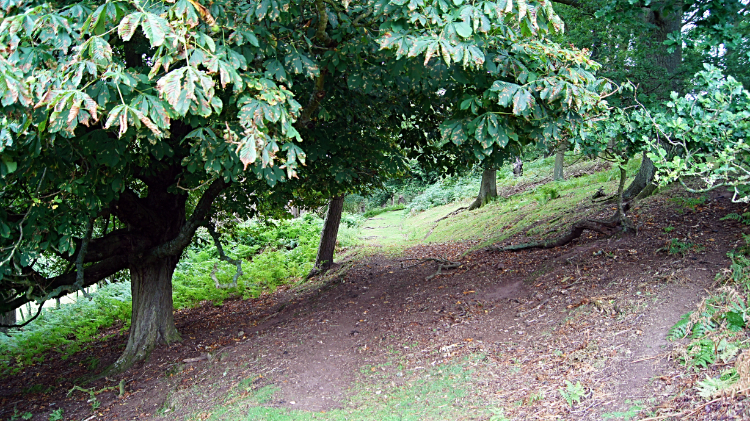 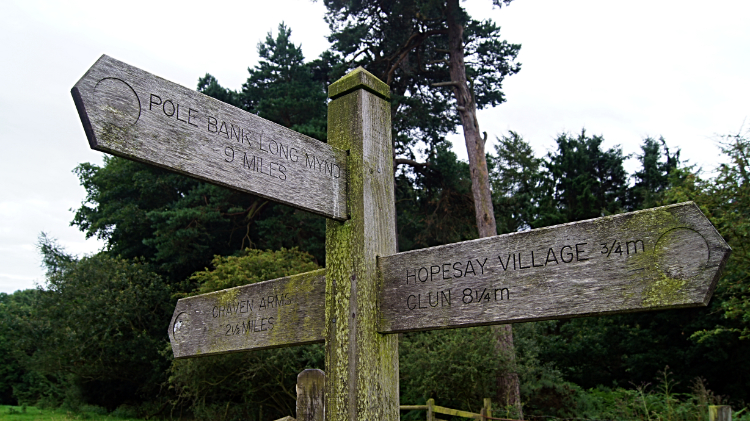 And so the finale. My last day on the Shropshire Way and the ninth and final day of a long walk south from Frodsham which had began with two days walking the Sandstone Trail. It had been fun so far and I hoped for one more day of enjoyment as I stepped out from my accommodation in Hopesay to begin an immediate climb up Hopesay Hill. Through atmospheric old woodland and then along a grass path lined by impenetrable fern I went. Up without deviation and gaining over 100 meters of height in the first mile. On top of Hopesay Hill my climbing was done. That was it, no more climbing at all on the Shropshire Way left for me bar a little hump of a hill after Stokesay and a streets climb within my journey's end town of Ludlow. Wild Horses on Hopesay Hill watched me as I went along. There was none of my kind around. Over the hill and past Sibdon Carwood I went, soon after arriving in Craven Arms. 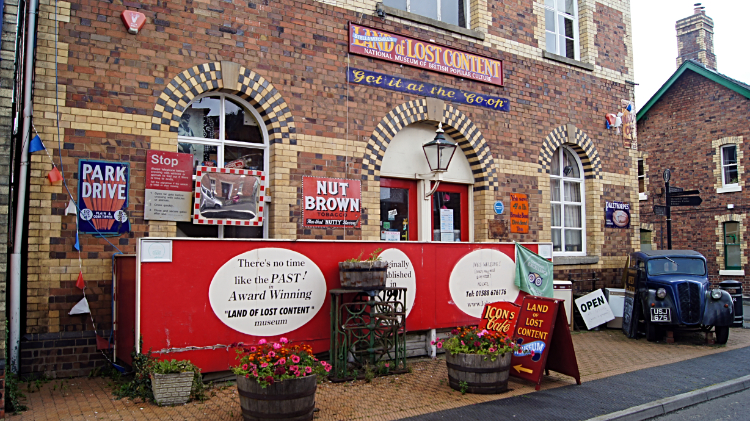 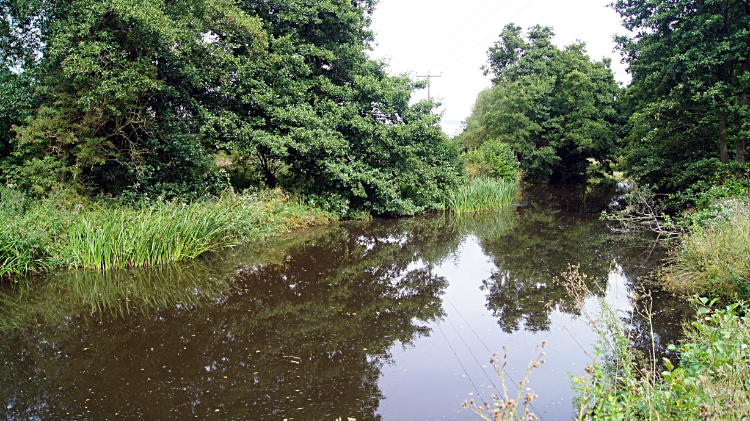 Craven Arms sounds like a pub but it is in fact an important commuter town in Shropshire. Situated on the A49 road and with the Welsh Marches railway line running through the town, it links with the two premier and larger Shropshire towns of Shrewsbury in the north and my destination of Ludlow in the south. A very impressive road marker at the main cross roads in the town also points out destinations such as Edinburgh at 296 miles, York at 169 miles, Manchester at 91 miles and Chester at 61 miles. In Craven Arms I browsed a old world bookshop and visited the most eccentric shop called Land of Lost Content. it was stocked with all kinds of retro gear and outside the walls were adorned with old tin advertising signs. Examples were advertisements for Park Drive cigarettes, Nut Brown tobacco and Brooke Bond tea. A very old car was parked outside the front door too. From the shop and after walking along a few streets of Craven Arms I passed the Shropshire Hills Discovery Centre, continuing on by the follow the course of the River Onny to Stokesay. 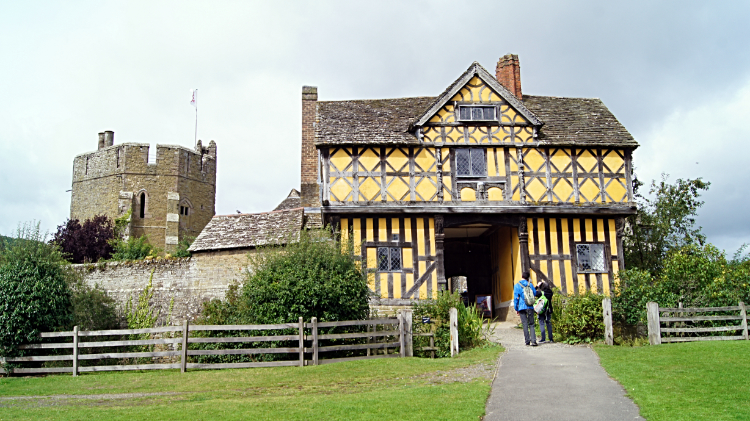 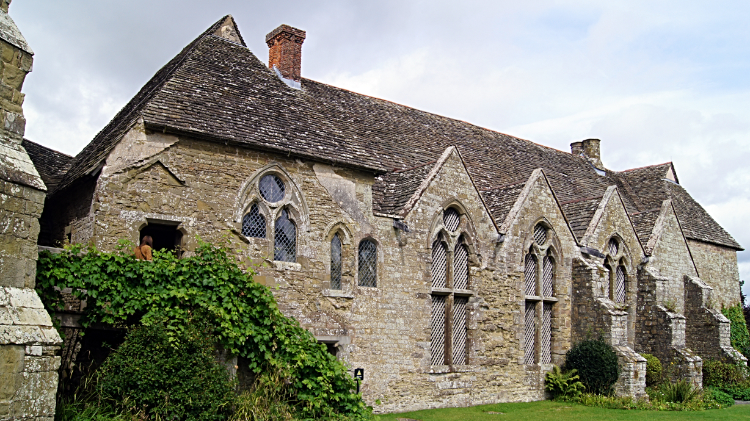 I had to visit Stokesay Castle as I was passing. The blurb goes 'Stokesay Castle was constructed at the end of the 13th century by Laurence of Ludlow, who at the time was one of the richest men in England. It remains a treasure by-passed by time, one of the best places to visit in England to experience what medieval life was like.'. And it is. Being in the midst of the buildings gave me the feel of standing in stead of late medieval/ early Tudor and Elizabethan times. Like being on set of a period drama. I had a good look around while in the courtyard guides showed children how to shoot a bow and arrow. It was an educational interlude for me, a break before my final nine miles walking to Ludlow. 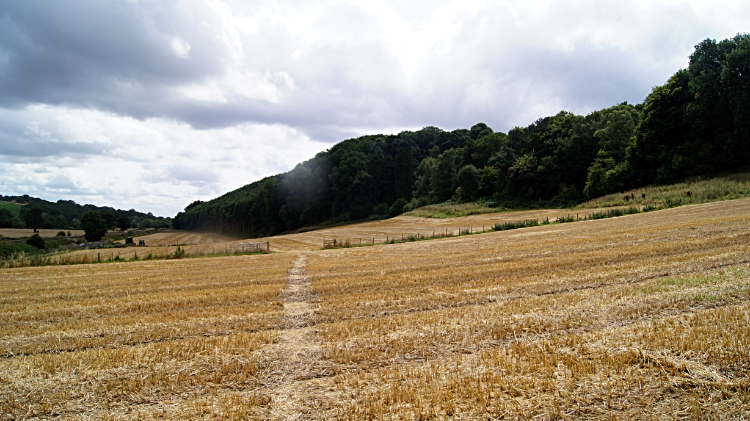 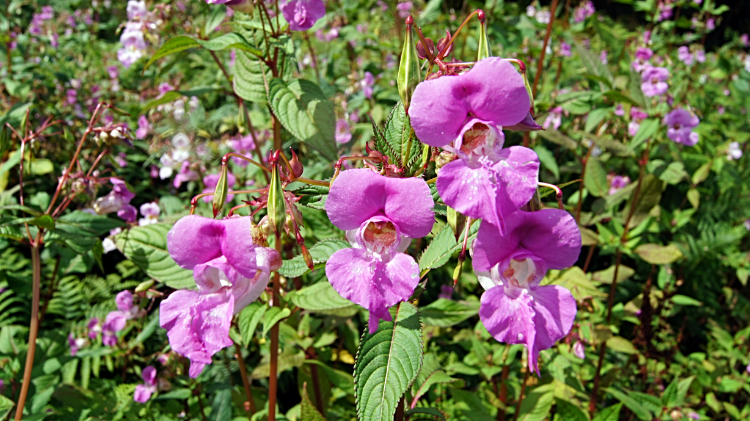 It started with a climb over that little hump I mentioned, a long walk across a recently cut grain field up to Stoke Wood and then a walk up through the wood followed by cresting the hill and descending ever so gently along field sides to Stokewood Farm, then Stokewood Cottage and then to the valley floor of the River Onny once more at Onibury Bridge. 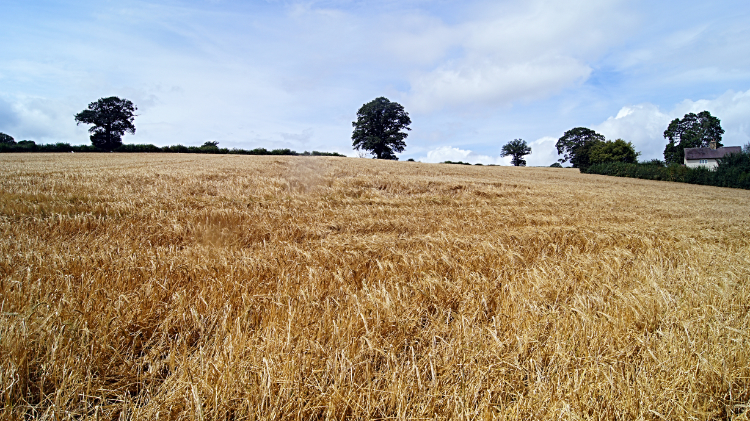 Wheat fields on the way to Onibury Bridge 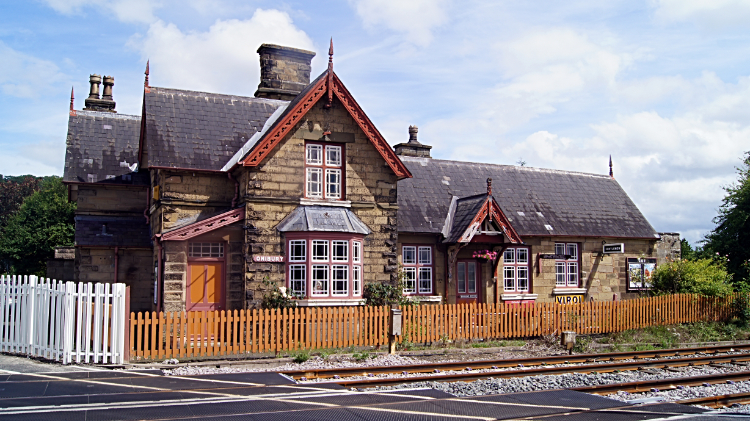 In Onibury Bridge I found a London Double Decker bus was parked in the garden of the house on the west side the railway line running thorough Onibury Bridge. The sign indicated its destination was 'Town Center' but it was not going anywhere. On the east side of the railway line was Onibury Railway Station. Closed in 1958 it is still pretending to be open. Pristinely kept with all the signs, time tables, seating and even fire buckets on show. It is one of the most impressive and most loved redundant railway stations I have ever seen. I was so impressed. 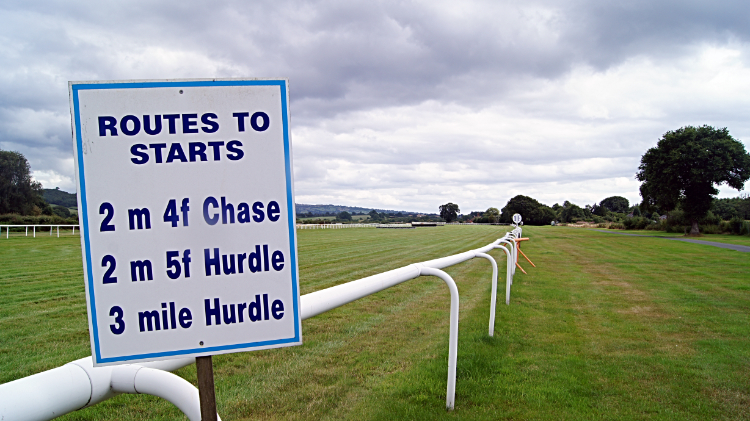 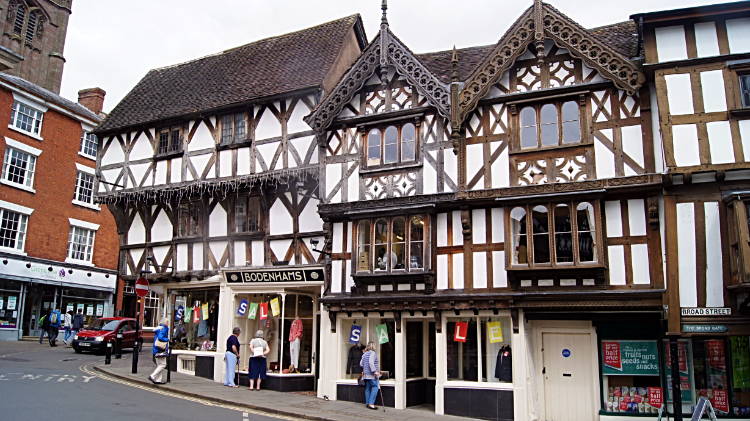 From the station I walked through the village of Onibury and then westwards across more rural land of farm tracks, fields, lanes and the like to Stanton Lacy. Here I reached the River Corve which I followed for a short distance to reach Ludlow Racecourse. Here my race was nearly run too and all that remained was to check in for the next steeplechase into the old town. I did this by following the Shropshire Way from the racecourse by way of Burway Farm and Burway Farm. No, I am not confused, the map shows two farms of the same name on the same way, quite near to each other but entirely separate. Oh, lets leave it at that. I arrived in Ludlow town and I walked Burway Lane to Corve Street and to the gates of Ludlow Castle. That was my Shropshire Way done, a superb week of walking in one of England's most beautiful counties. What a cracker.