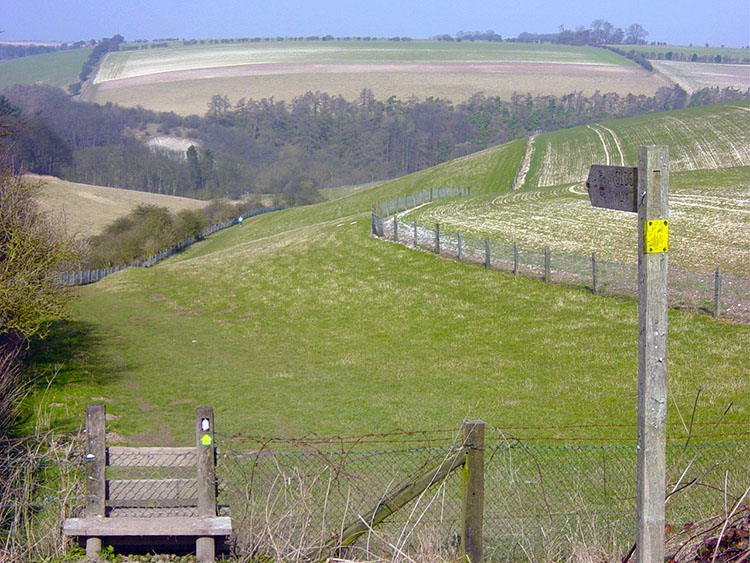 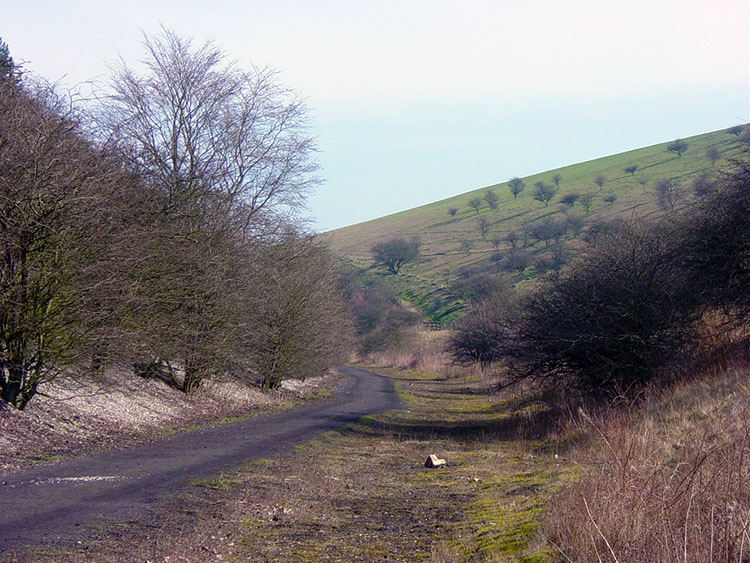 It is only the second stage of the walk but already the hustle and bustle of Hull or indeed any populated area seems a distant memory. Walking on the Wolds Way is a peaceful and therapeutic life. On this stage of the walk I was to meet one man and his two dogs in the whole 17 miles although I did see a few fellow Wolds walkers in the distance on a couple of occasions. The day starts by leaving South Cave and climbing into Little Wold Plantation (where I met said man and dogs) which you follow in a easterly direction to Comber Dale. When you reach this quiet little dale you have just about done the first mile of the day and climbed almost 100 metres. It is a nice invigorating start to the day and you can take the lovely scenery of this little dale in as you walk through it to follow the path of a dismantled railway that runs in the bottom of neighbouring Weedley Dale. 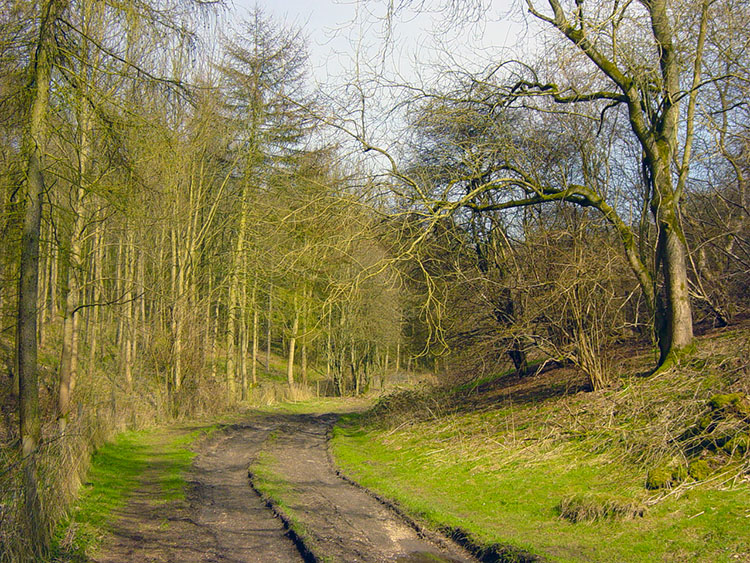 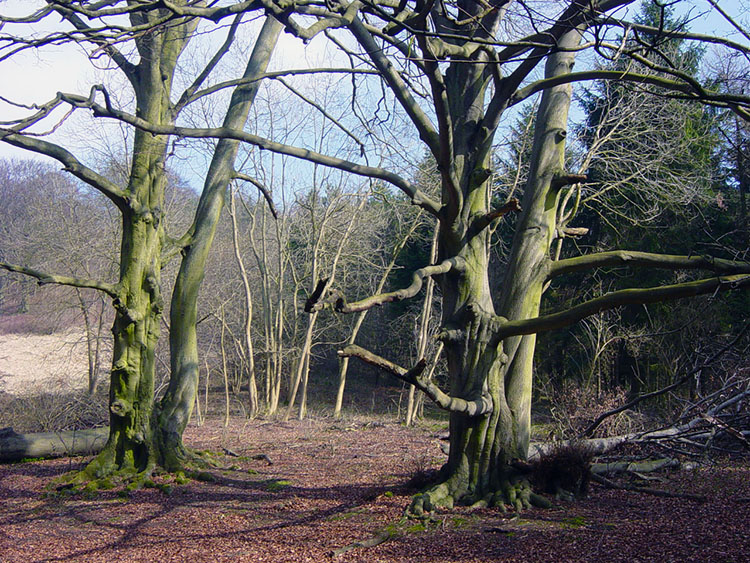 Mature trees beside the Wolds Way

After walking on the route of the old railway line for a while the way turns left and you follow a steady incline through the plantation that is East Dale. The steady climb becomes a little stiffer for the final 200 metres so push on into daylight and catch your breath at the top of the wood. 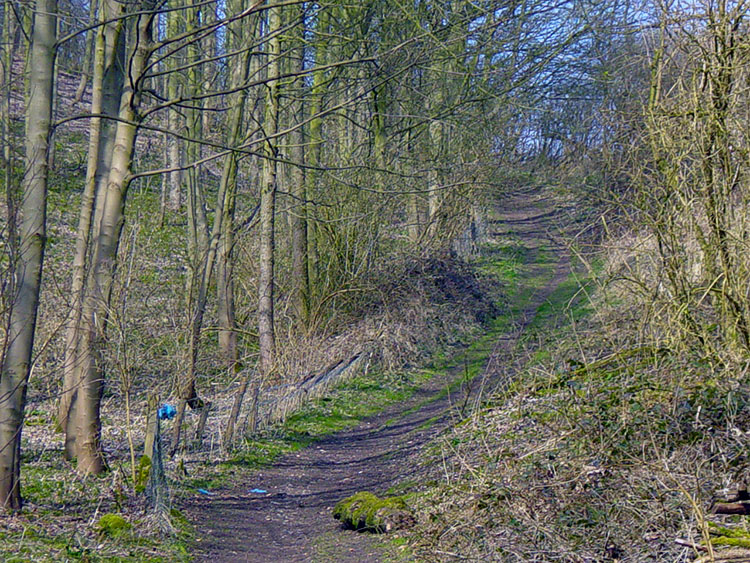 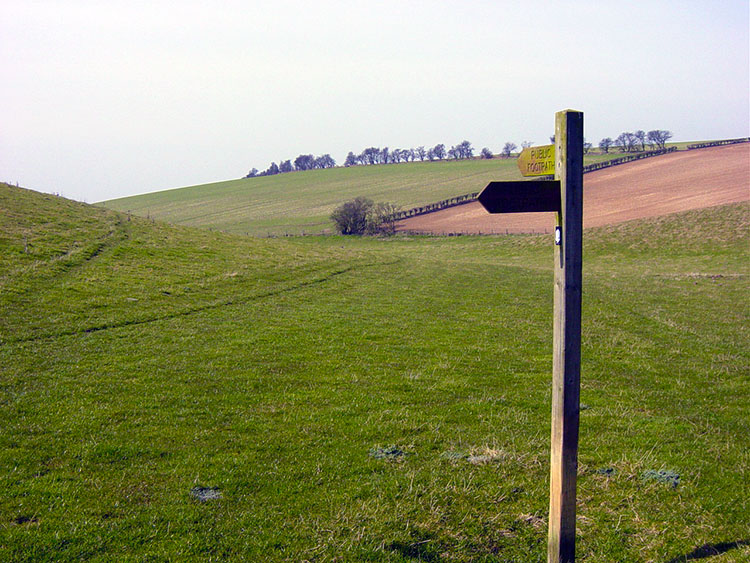 After a walk around the edge of a large field the path crosses the B1230 at the High Hunsley Beacon, one of many erected for the Queens Golden Jubilee celebrations. The next mile or so is spent travelling alongside country roads and cultivated fields until the walk reaches a stile that leads into the delightful and beautiful Swin Dale. As you drop into the dale and it envelops you it becomes so calming. Enjoy the next mile walking through it as you gaze left and right at the banks of this picturesque and peaceful dale. 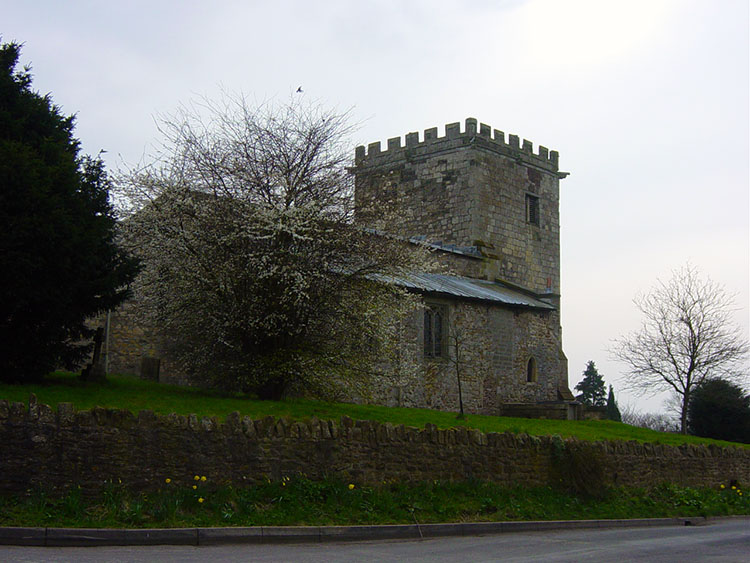 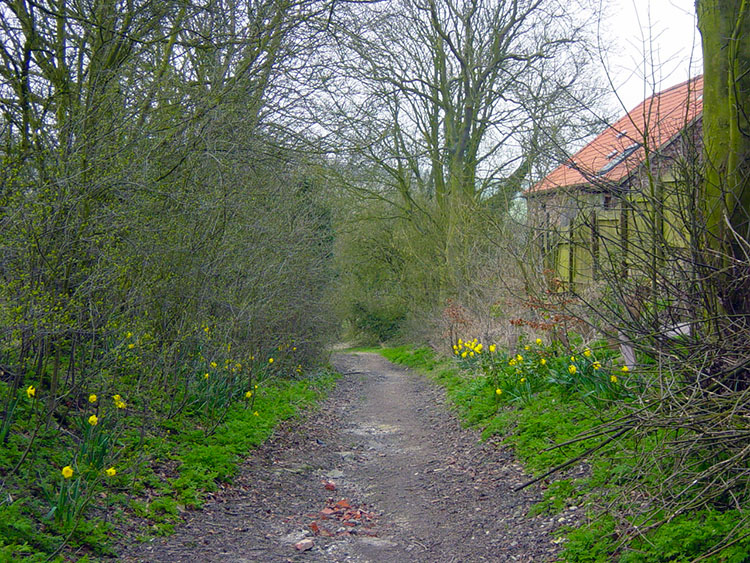 After the pleasures of Swin Dale the Wolds Way tracks across high Wolds land which is a mixture of bridleways, short lengths of metalled road, and field boundaries for the next five nondescript miles. It is not the most inspiring section, in fact it is the least aesthetic five miles of the entire Wolds Way. This national trial is in the main a beautiful route but intensive farming has done for this bit I am afraid. All I can recommend is that you put your head down and walk briskly through this section until you reach the lovely village of Goodmanham. The church in the village is a particularly fine example of those built in the Saxon period so typical in the Wolds. Follow the signs past the church and out of the village to Beggar's Bush Well which is followed by rounding a few more ploughed fields before crossing the A614. On crossing the road follow a farm track to Londesborough Park. 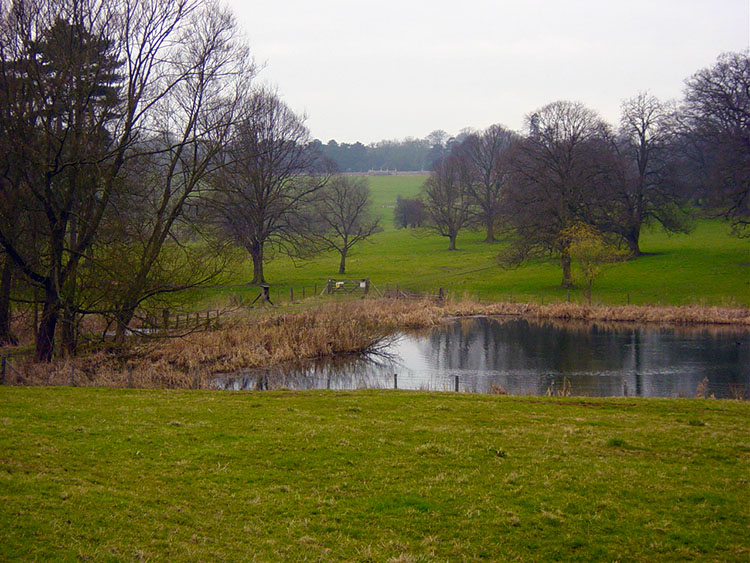 The Lake in Londesborough Park 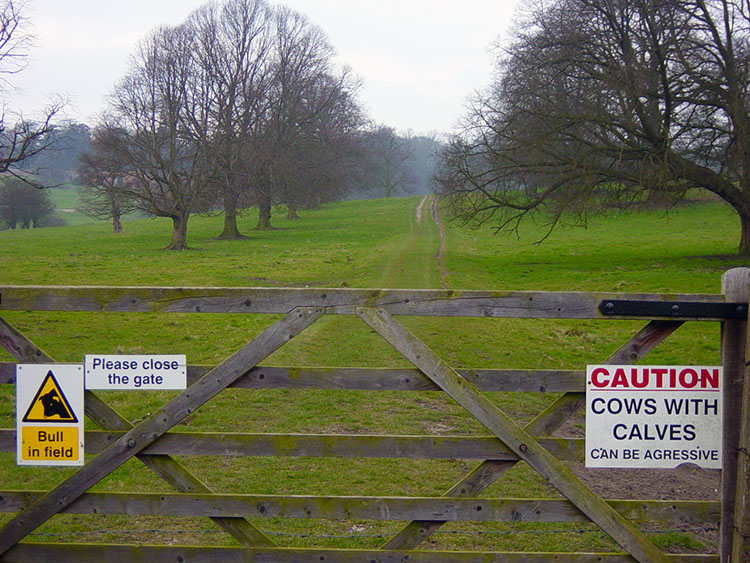 You are welcomed into the park by signs such as 'Bull in Field' and 'Caution, Cows with Calves can be aggressive' but don't let this put you off! I hate to see such signs on public footpaths and particularly on National Trails but I suppose the land has to be productive. Then again a fence between the walkers and animals wouldn't be too much of a problem to organise? Despite the animals, who were nowhere to be seen on my Wolds walk the park is beautifully managed. Ponder the history of the park as you walk through the fields and past the ponds towards the village of Londesborough. 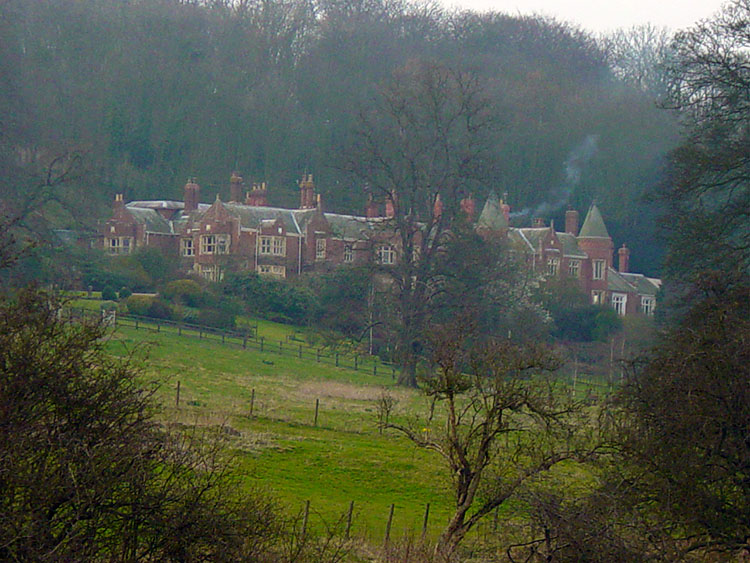 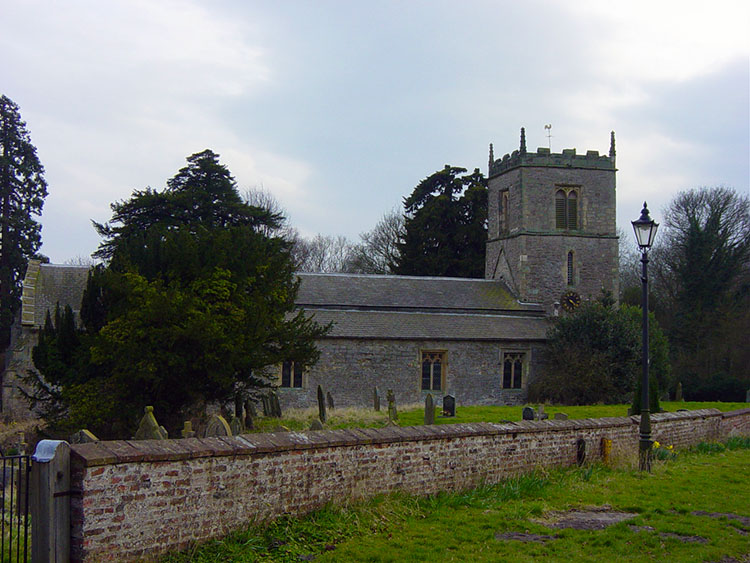 Londesborough has some delightful houses and a super church that contains the tomb of a medieval soldier. It is also so quite with virtually no traffic as the village streets are some way from arterial roads. I continued after a brief rest in the village for another three miles to finish in the village of Nunburnholme. This was achieved by following a metalled road to Partridge Hall and then through field and a small coppice. Nunburnholme is noted due to the church rector between 1854 and 1893 being a certain Frances Orpen Morris who combined his clerical duties with writing about nature conservation. His most famous work was the pioneering book written in six volumes 'The History of British Birds' So the Wolds Way is not only about wonderful scenery but is steeped in history too. I looked forward to the next stage.