Summary: Chipping Campden is the central location for this delightful Cotswolds walk. The walk begins by following the Cotswold Way from its start point in the village to Dover's Hill where the views are wonderful. From Dover's Hill the walk follows high ground to Kingcomb Hill before descending to The Dingle. From The Dingle track north to the B4632 and after walking alongside the road westwards for a short distance follow a track south to Middle Norton Farm and then further south to Attlepin Farm. Then head eastwards along a road before resuming a south course to meet and follow Heart of England Way and Monarchs Way back into Chipping Campden. 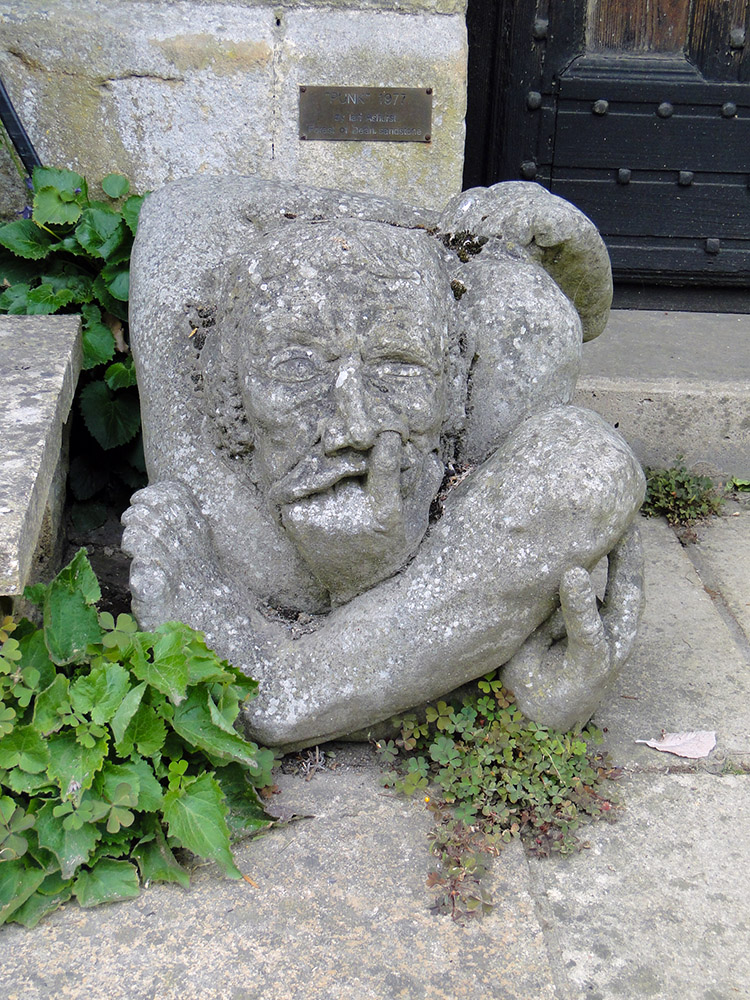 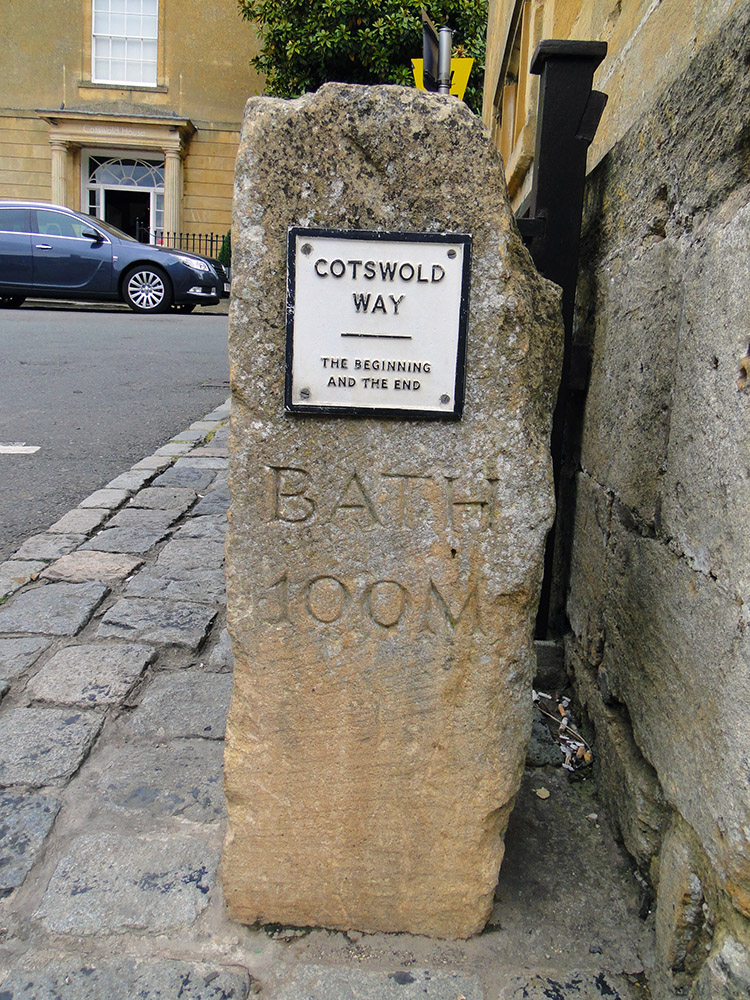 The beginning of the Cotswold Way

The walk starts in the heart of Chipping Campden, on the main street by the post office. Look out for the stone post indicating the beginning and the end of the Cotswold Way with Bath a mere 100 miles away. Don't worry you're not going that far, in fact just one mile of the Cotswold Way to Dover's Hill before taking your leave. I first did the climb out of Chipping Campden with a 16 kilo backpack weighing me down during my 1,000 mile walk of Great Britain. This time I am much lighter with only a small rucksack carrying a few essentials, a sandwich, apple and soft drinks. It makes for an easier climb. 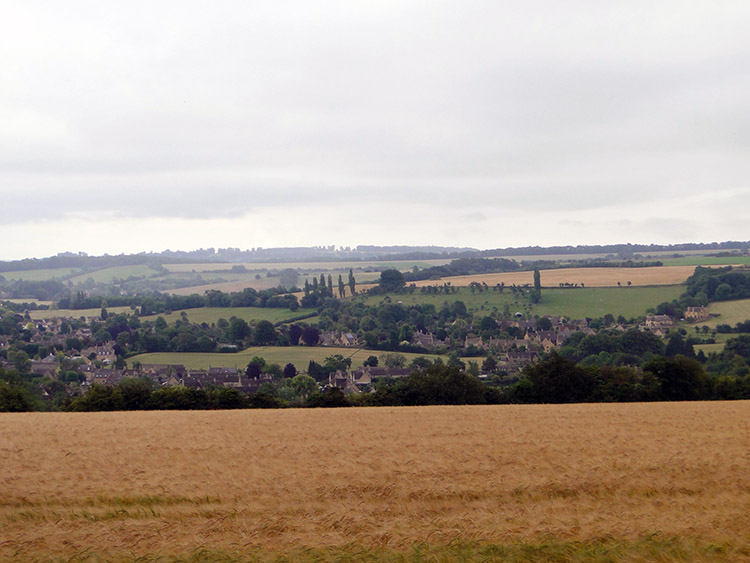 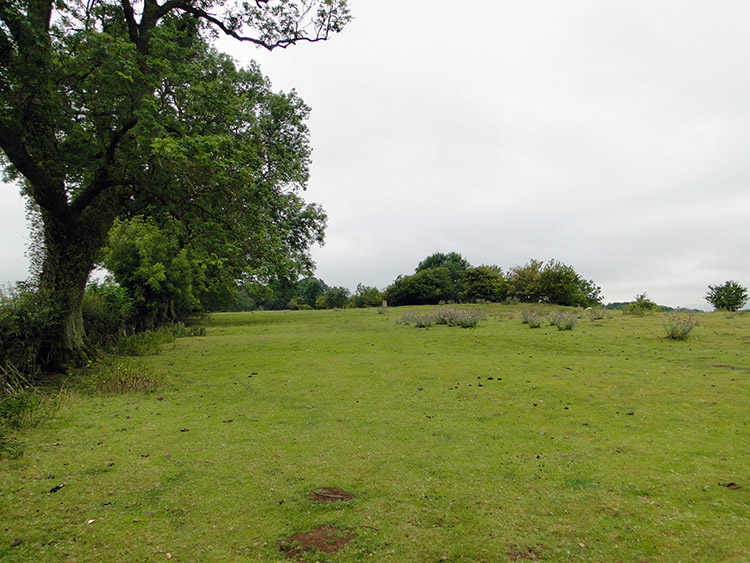 On the climb to Dover's Hill I constantly look back to Chipping Campden. It is an awesome place with many magnificent buildings, all made of the local golden stone which gives this part of the Cotswolds a marvellous glow. The climb is easy and constant with no sudden lurches or levels, just an equal gradient all the way up the eighty metre climb from the village to Dover's Hill. Once done I relax in the knowledge that most of the climbing is done with only a few humps and bumps later on. Dover's Hill is a natural amphitheater on a spur of the Cotswold scarp with glorious views over the surrounding countryside. Dover's Hill is a place of sporting excellence, home to the Cotswold "Olympick Games". The games began somewhere between 1604 and 1612 and have continued on and off to the present day. The games were founded long before the modern Olympic Games had been established. The games still takes place on the first Friday after the Spring Bank Holiday. No running, jumping, heaving or anything like that for me though. I am content with walking and occasionally stopping to enjoy the views. 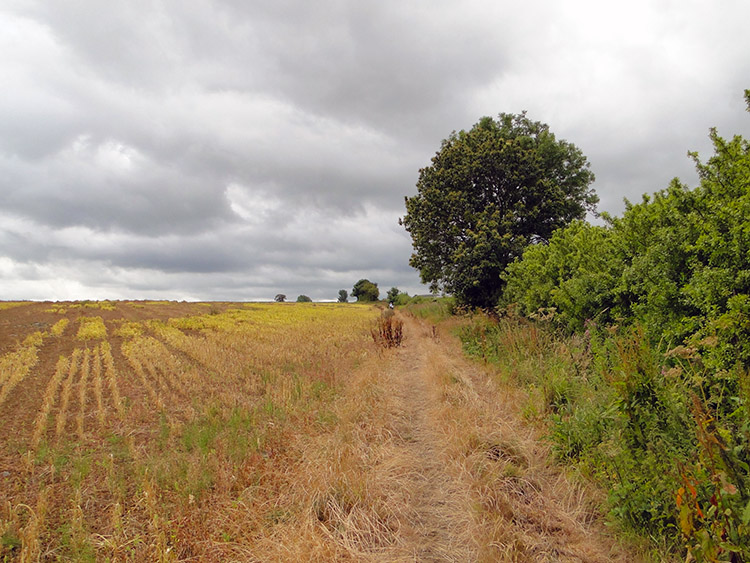 On the Monarchs Way 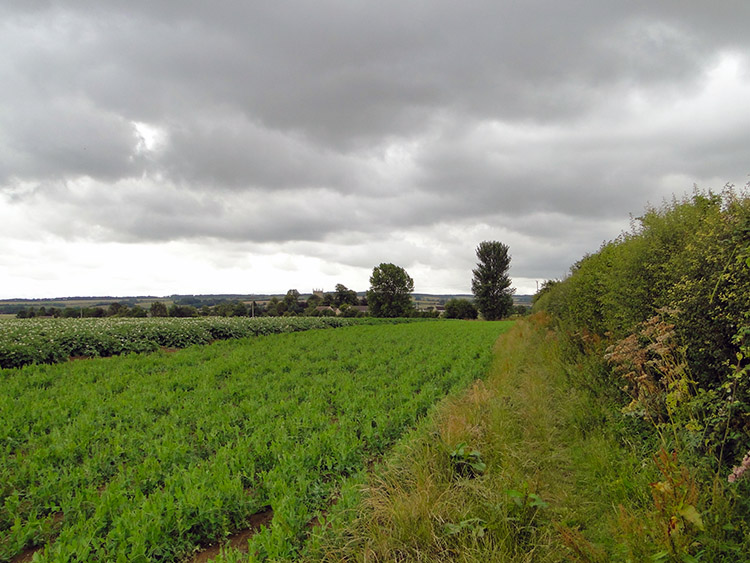 From Dover's Hill I tracked north east to Kingcomb Hill and then down the hill to cross the road and enter the woodland of the Dingle. I enjoyed meandering through the dense woodland for a while before walking south to pass the east side of Attlepin Farm from where I reached a road junction on the B4081. Following the minor road east past two fields on my right hand side I then came to a path which led me south to join the Heart of England Way and Monarchs Way at a point between Mickleton Hills Farm and Chipping Campden. Last time I was on this track there were lots of people picking peas from the field. Today it was quiet, the peas not quite ready for cropping. Looking ahead I could see Chipping Campden at the field end. 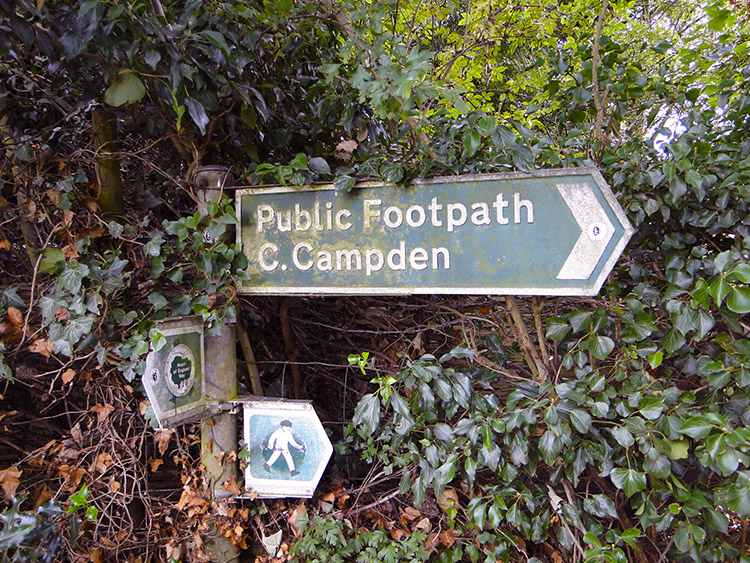 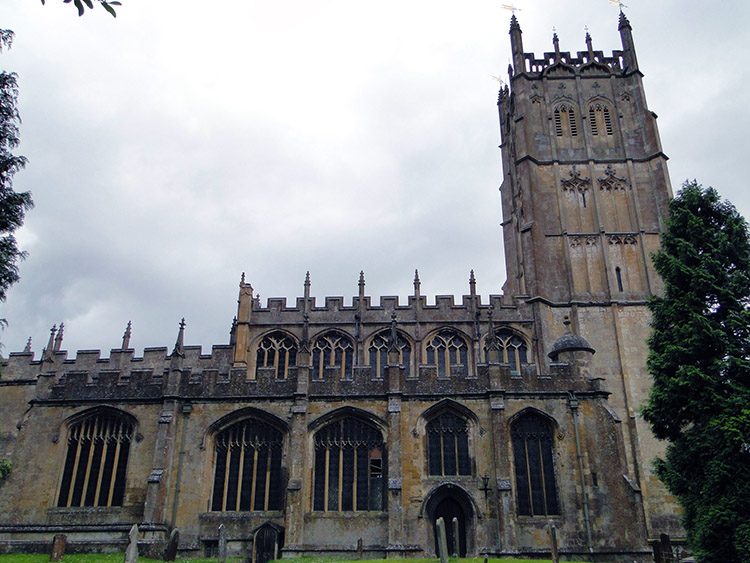 I approached Chipping Campden by tracking from the field to the edge of school grounds. A high wire fence kept me on the path and away from the pupils playing in the grounds of the school. From the enclosed track I came into light and to the awesome sight of Chipping Campden Church. I stood for a while admiring the architecture of the church and hoping in vain that sun would break through to heighten the colour of the stone before giving up and walking round to its south west side. 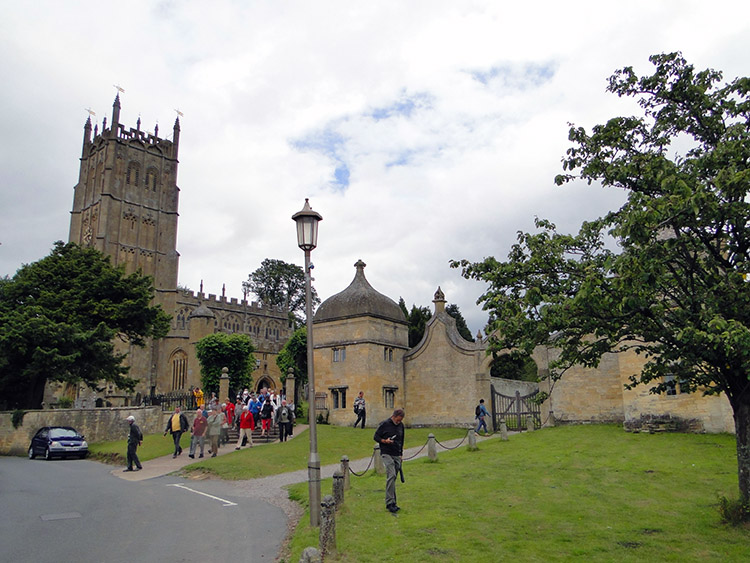 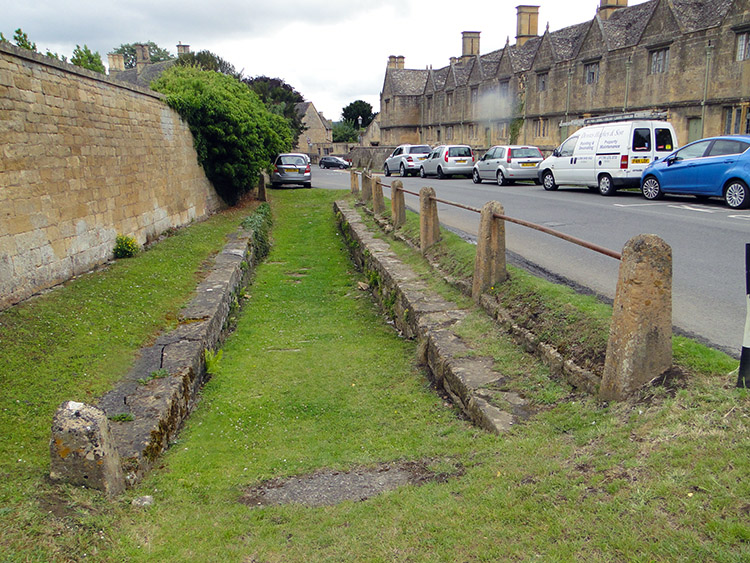 Old sheep dip at the roadside

As soon as I had reached the other side of the church I was confronted by crowds. The walk had been a lovely quiet affair which I found surprising but now it was less peaceful. The crowds, many of them foreign were all enjoying the splendour of Chipping Campden and who could blame them. It was great for them and for me too as a finale to the walk. From the church I wondered at the origin of a narrow walled track next to the road. The old road I guessed until John Perkins from Evesham wrote to me informing me it was known locally as the 'sheep dip' when he was at school in Chipping Campden. Thanks John. 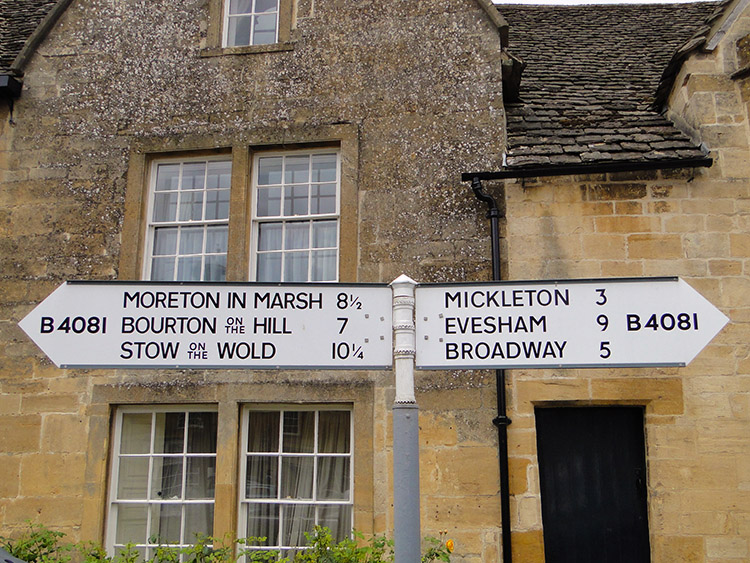 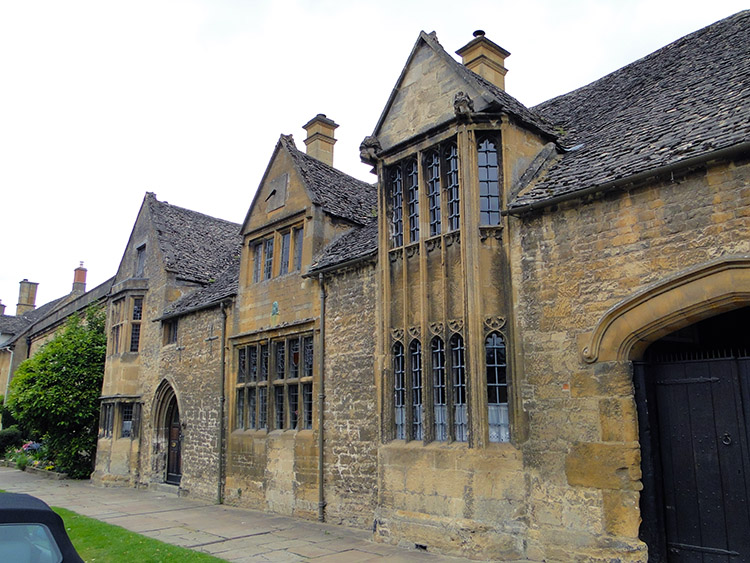 The final few yards of the walk were taken along Chipping Campden main street. It was a leisurely finish as I often stopped to admire exquisite buildings, all of the same golden hue. It was a great finish to a lovely walk highlighted by an early climb, excellent views of the Cotswold countryside from the high ground, a nice woodland section and a finish of architectural marvel. End note: simply brilliant.