Summary: This walk is a very nice short stroll, even if in the depths of winter as it was here. The obvious highlight is Aysgarth Falls but West Burton waterfall is a good excuse in itself. Set in a natural amphitheater the waterfall is one of the best inspirational places in the Wensleydale area. The walk also crosses over fields and has one short but fairly steep climb. 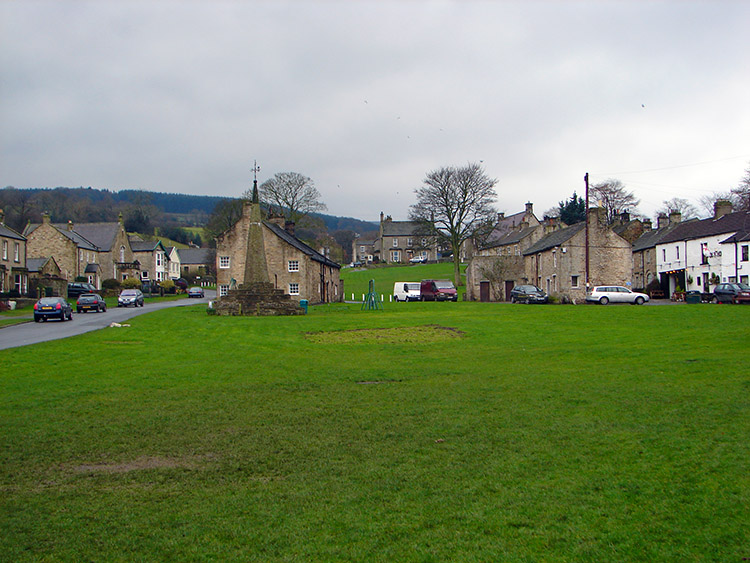 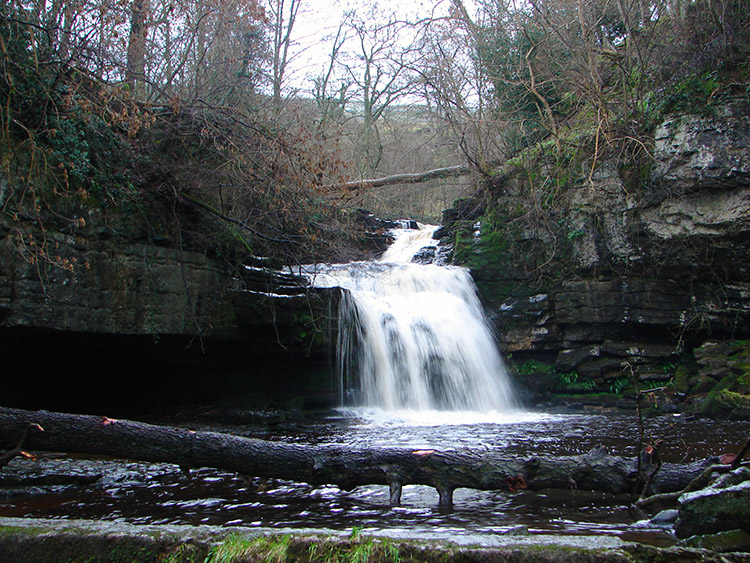 The Brockhurst family always try to get a walk in between Christmas and the New Year. It's a bit of a feel-good factor to make us a little better after the Xmas indulgences I suppose. It is also a good chance to do the family walk. We're not that brilliant at family things. Well Dave and I can be pretty useless at times - just ask Emma! (we're forgiven for now...) Anyway, I had always wanted to visit West Burton and see the waterfall so after the first choice walk starting off from Middleham was abandoned due to the dreadful weather, and after a cafe break in Leyburn we consulted the book I had with me that fortunately indicated the easiest walk for us was from West Burton. The rain has ceased a little, but not stopped, so Ray and I decided to go for it with misgivings from Karen and Lil in particular. Dave was up for it though as was Megan and Emma. Chris, Emma's beau was cool. I presume Andrea was too. 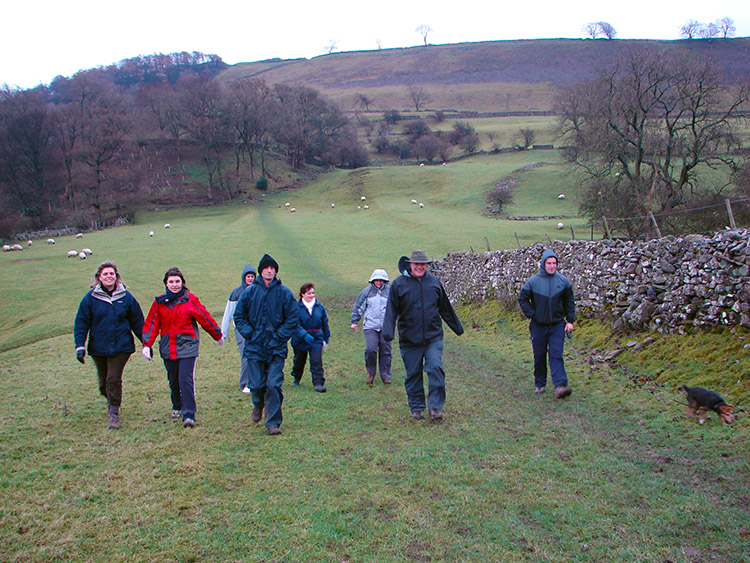 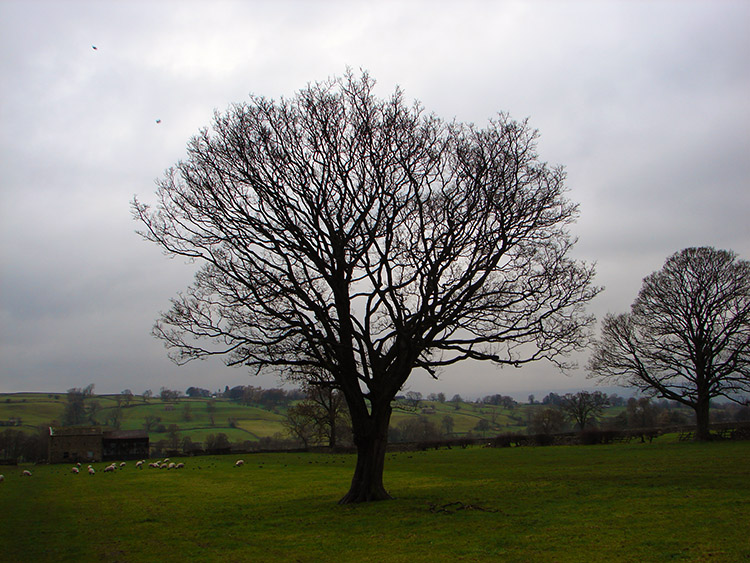 After arriving in West Burton we changed and set off to explore the fields between the village and Aysgarth. Tag was eager to make a move, he extended his leash to the full length running forth to make acquaintance with the field sheep, the little monkey. We reached Eshington Bridge and the climb started. 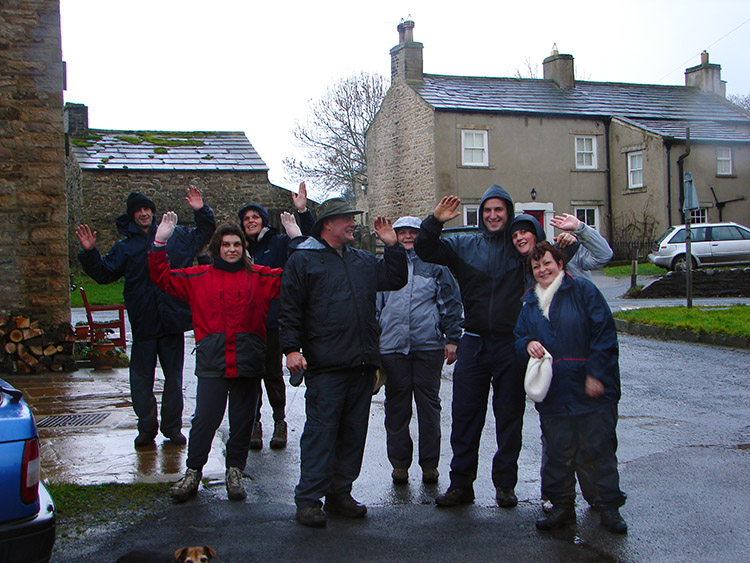 The weather was grim now and rain lashed in from Upper Wharfedale to the west. The ground was sodden and slipping made the steep little climb even tougher. Everyone agreed the one and a half miles to Flattlands on the hill top seemed more. At least the climbing was now done. 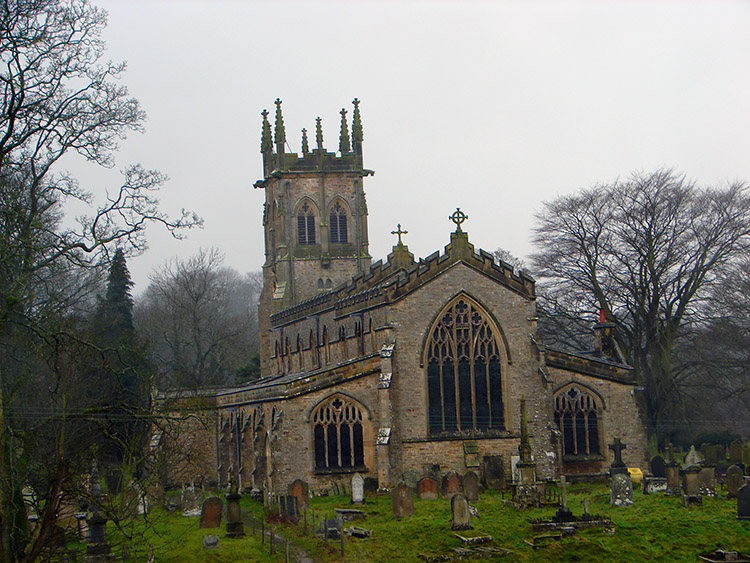 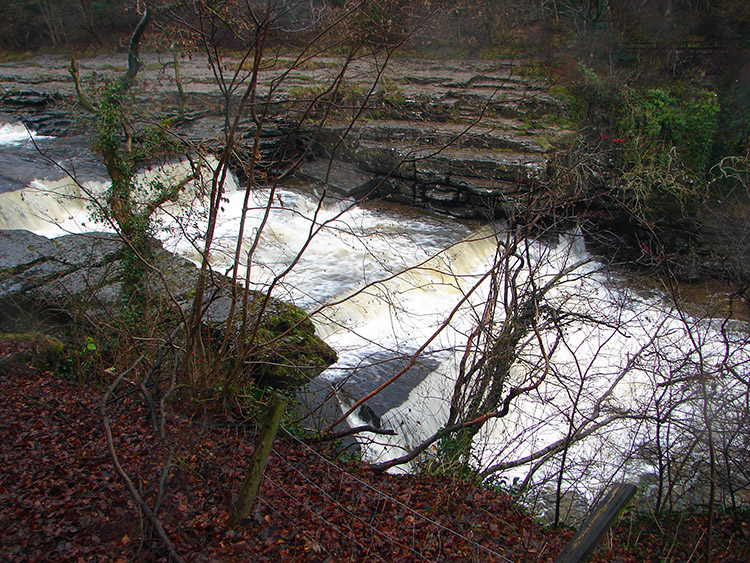 The sodden troupe skulked into Aysgarth village and after the team photo we all headed on through fields to Aysgarth church and on north-east to the middle and lower Aysgarth Falls. No waiting about now, two distinct groups had now formed, the lads out in front and the lasses to the rear. Emma took a tumble on the way and Lil grasped for my hand to help her overcome the indignity of being a tired and wet person. 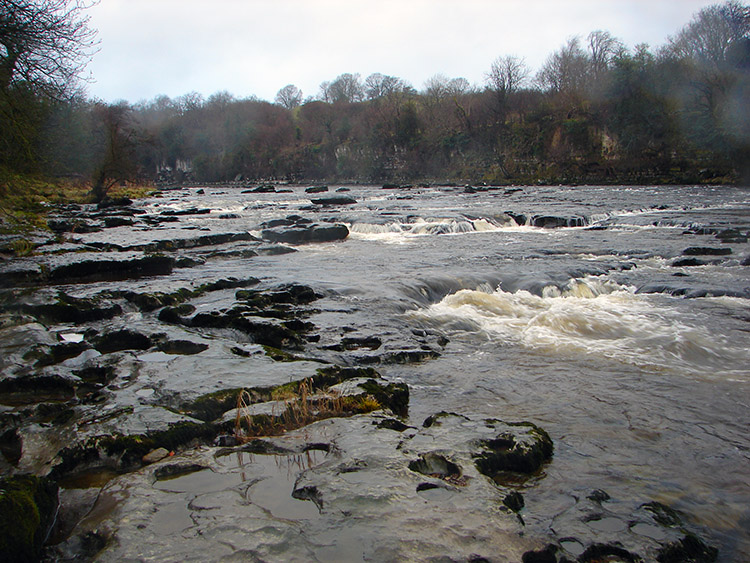 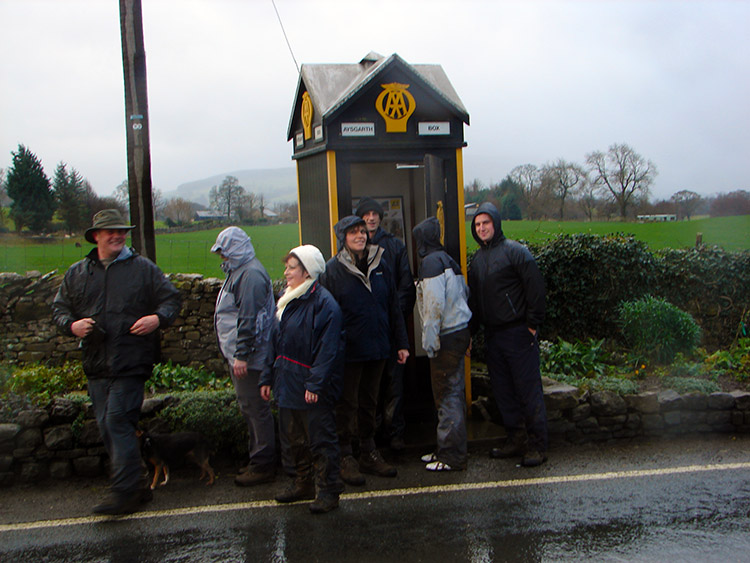 Seeking rescue from the rain

It was raining again, we had picked the wrong day this time, that was for sure. Still we were all in good spirits as we arrived at Hestholme Bridge. One side of the bridge wall was missing. Some young driver been here recently? Back to West Burton we went in rain. I saw a ray of sunshine. Momentarily but a sign. I felt blessed. I was wet. So was everyone else. We were all very soaked indeed. As wet as the beautiful waterfall of West Burton, a brilliant sight in a majestic setting. Worth all the chill in the bones. Next family walk at Easter everyone?