Ely and the Fen Rivers Way

Summary: This easy walk begins beside the cathedral in the centre of Ely and heads down to the popular riverside area by way of Cherry Hill Park and Jubilee Gardens. From the riverside the walk continues north and east following the northside bank of the Great Ouse river, leaving the built up city behind to reach lush water meadows and reed beds. Next visited after leaving the course of the river is Roswell Pits Nature Reserve, a series of water filled clay pits which are now returned to the wild before returning to the city via Springhead Lane and Ely Country Park.

The Walk: My wife Lil and I had based ourselves in Ely for a week in order to enjoy the historic city and also explore some of the countryside of Cambridgeshire and Suffolk. Of course that meant a few walks of reasonable length of which this was the first. In our accommodation our hosts had left a few leaflets suggesting walks. One was titled the Ely River Trail, also known as Ely Wildspace. It seemed perfect as a start to our first East of England holiday. And so, on a beautiful Saturday morning off we went. 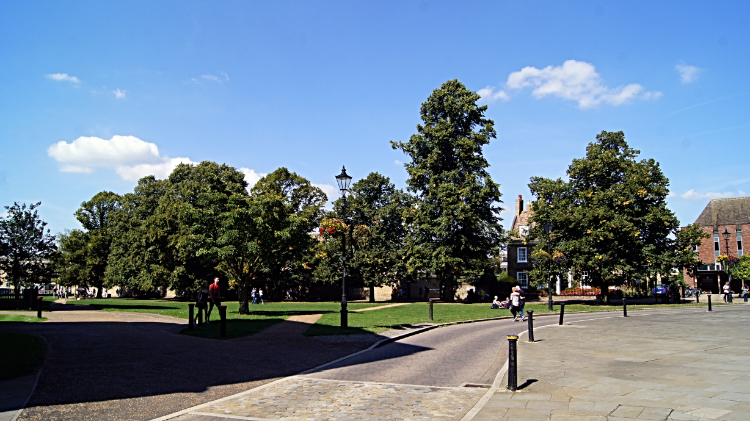 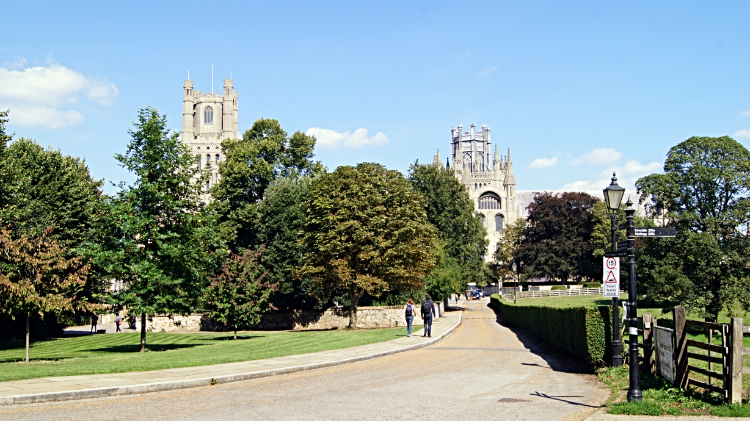 It was a short walk from our base to Minster Place, the start of the walk. It was early but the Saturday market was already starting to bustle. We left it, committing ourselves to return later, at the end of the walk. From Minster Place we walked south, past the west entrance of Ely Cathedral and past the Bishops House, turning left through the impressive porch of King's Ely and reaching Cherry Hill Park. Lil and I ambled through the park, meeting and greeting others strollers and dog walkers, none of which were in any hurry, until we left the park and carefully crossed the busy Broad Street road to enter Jubilee Gardens. A piece of modern art stood in the centre of the park, the Eel of Ely. Also in Jubilee Gardens was a bandstand, the focal point of local festivities. Jubilee Gardens led us to the riverside. We soon reached the River Great Ouse. 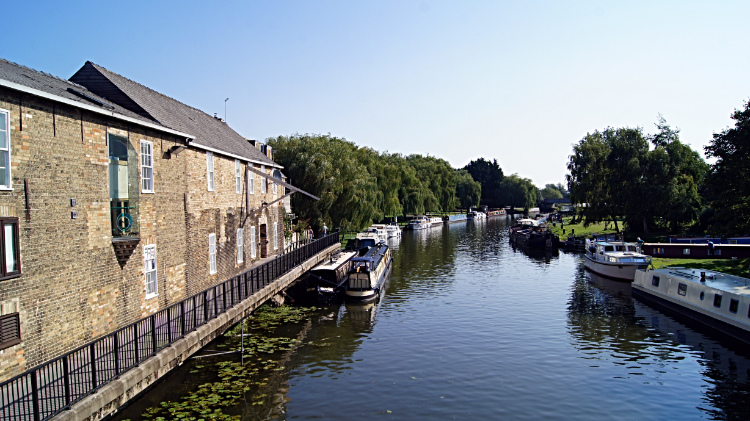 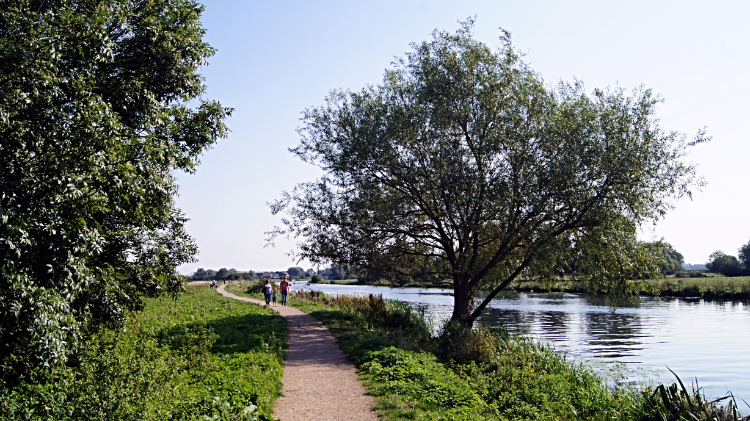 Narrow Boats and small pleasure boats were berthed along the River Great Ouse at Ely Marine. Almost all was quiet, nothing much happening, most of the people either walking very leisurely, sitting and watching, or having breakfast on the boats. The exception were the energetic rowers, setting off apace along the river from the Isle of Ely Rowing Club. There were a couple of eights on the water, all testing their mettle while we watched. We would see them again, they headed off going our way east and no doubt they would turn and come back. We watched them go and row out of sight while we left the buildings of Ely by following Pegasus Walk and the riverside path. Pollarded Willows by the waterside were a pretty attraction as we walked by the way. This walk was already proving to be pretty gorgeous. 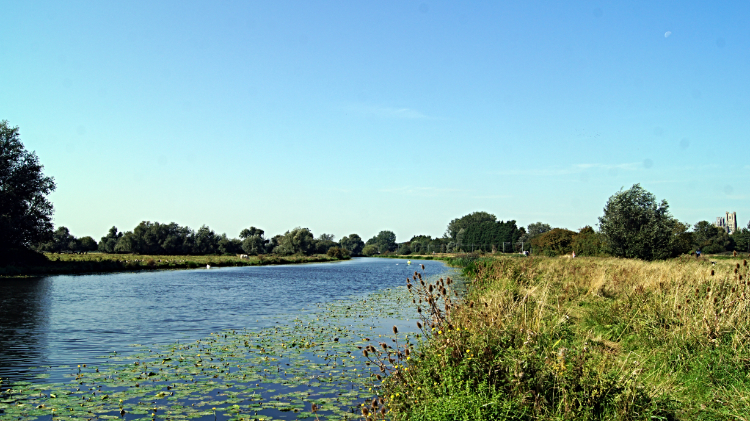 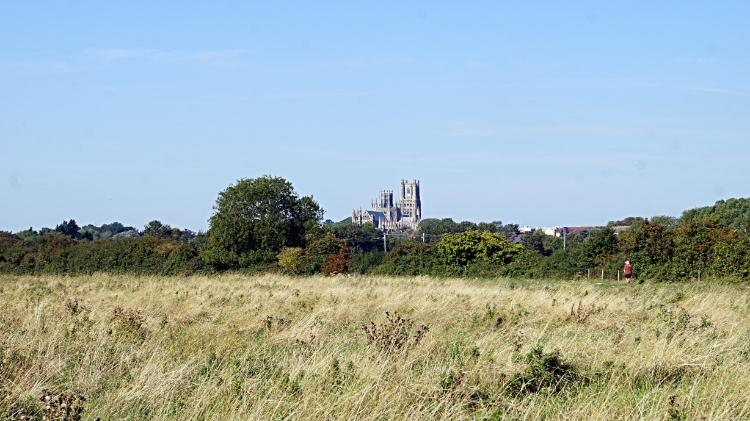 View to Ely Cathedral from near Cuckoo Bridge

Not long after leaving the buildings behind, and soon after passing under the railway bridge we came across a large group of birds relaxing in the waters of the Great Ouse. The sound of trains passing nearby and the activity of sculling eights rowing crews passing them by did not seem to disturb them. They must be well used to the sounds and diversion by now. The bird group were mainly Ducks with a few Swans in the mix. As we walked past the group one further Swan came in to land directly at the point on the river were were passing. It was a marvellous sight. A few years further we spotted a herd of cattle on the far bank of the river. They were attended by a large flock of geese, cattle and geese mingling altogether without a care. Nature is wonderful. With all the delightful diversions to enjoy we had strolled into the heart of the Reed Beds, home to more birds including reed buntings and reed warblers. Cuckoo Bridge was nearby, Cuckoos themselves seen and heard often, attracted by the surrogates nesting in the reeds. 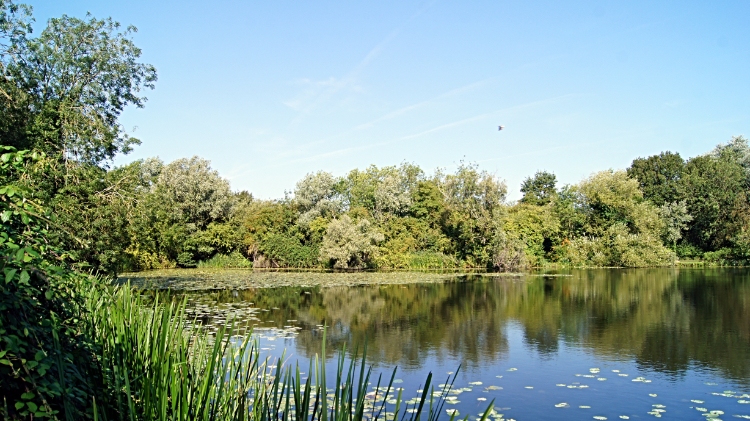 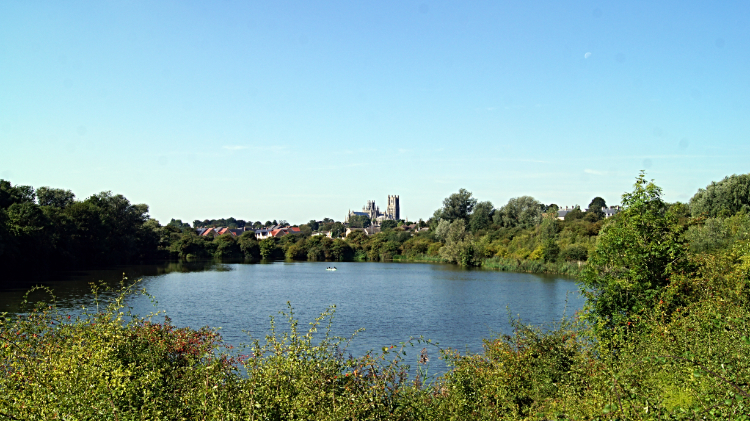 The view from Roswell Pits to Ely Cathedral

It was time to leave the river and reed beds behind as Lil and I continued on to discover Roswell Pits Nature Reserve. The pits were excavated to provide clay for the construction and repair of flood banks along the Fenland rivers. Dating back to the 17th century work continued until the 20th century when they were left to nature. Now they look like natural lakes. They are certainly places of beauty. Unlike the many scars made on nature by the work of man, this result of industrial activity is actually a plus. Roswell Pits Nature Reserve is beautiful. We love it. The wildlife love it. So it seemed anyway. Note there are a few paths heading off around the pits, more to enjoy if you wish. Several named paths Fen Rivers Way, Hereward Way and Bishop's Way are among the trails. 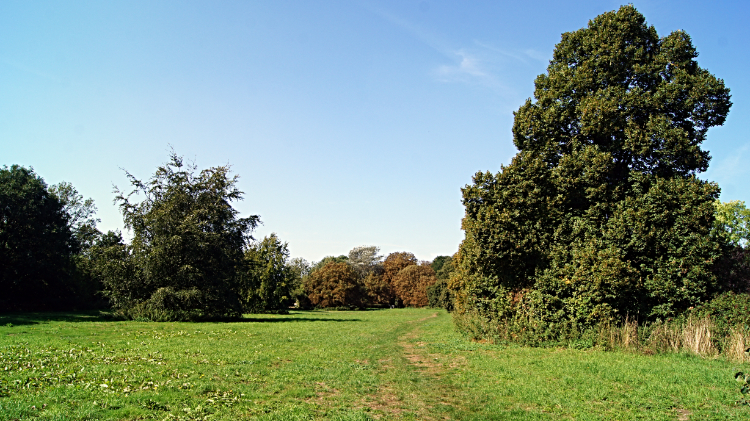 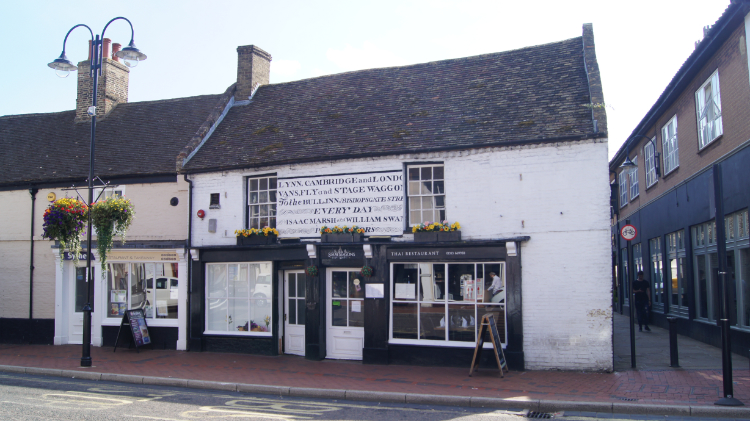 From Roswell Pits Nature Reserve we followed Springhead Lane back towards the city. Also known as Lovers Lane, Springhead Lane is an ancient path, an avenue of mature deciduous trees which supports a wide variety of wildlife and fauna. There was plenty of birdsong to enjoy as we walked along the leafy lane, still in summer as perhaps there were second or even third broods to think about and there were the thrilling colourful sights of blooming flowers on the sides of the lane. Springhead Lane is known as a popular route for walkers and wildlife watchers and true to form there were plenty of people walking up and down the lane. It was a delight. From Springhead Lane we crossed Ely Country Park and here we saw the only distress on out joyful walk. Alas while most trees were in the best of summer colour the Horse Chestnut were suffering, all looking parched and dropping pitiful leaf. Whether caused by Leaf-mining Moth or Leaf Blotch it did not look good for the Horse Chestnut trees in the park. The severely dry summer was not helping. From the distress in the park we walked back into the city along the Vineyards and High Street. 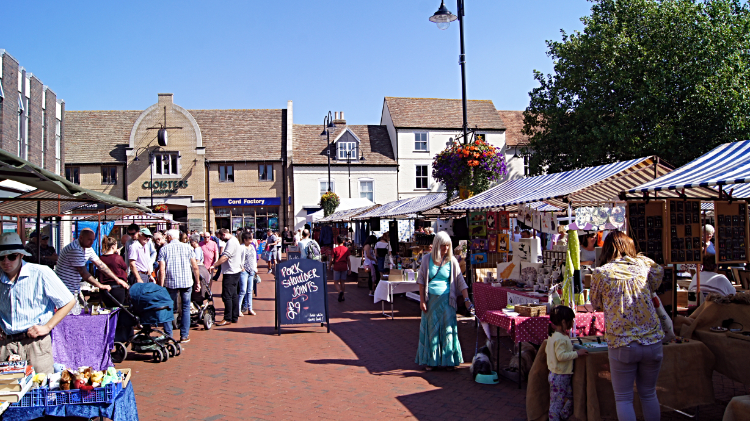 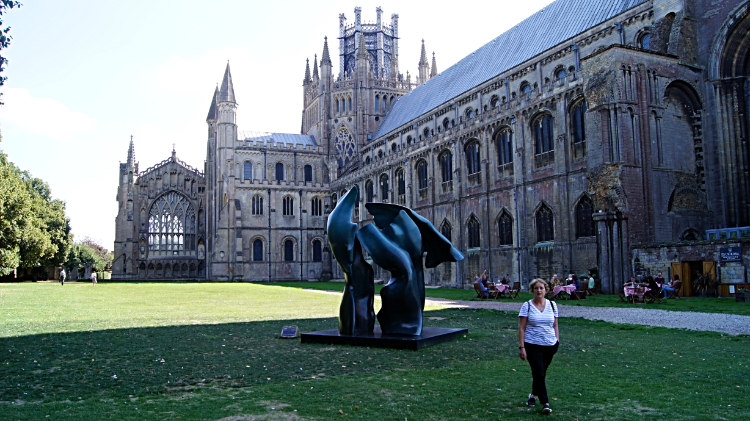 Finish of the walk at Ely Cathedral

Our delightful short walk of Ely and the surrounding wildspace ended unusually with a trip to the market. Exploring the market stalls, some rather conventional but some rather wacky and with local arts and crafts was a nice complement to the exploration a little further afield. we sat down at an outside cafe and watched the stirrings, all the while savouring the thoughts just gained of the lovely local countryside, a blend of semi-natural and man-made. All aesthetically pleasing though. And the final views of the magnificent cathedral at the end of our work confirmed one thing. We were really going to enjoy discovering the East of England further. This first walk had been a marvellous start.