Summary: Felbrigg Hall and the surrounding estate lands, now managed by the National Trust are the legacy of Robert Ketton-Cremer who did much in improving the aesthetic beauty of the estate lands and woodlands. There is public access to the grounds along a number of waymarked walks through the estate, including the Weaver's Way long distance footpath and while the route shared here is the one I took on my visit there are more trails for you to choose to wander. 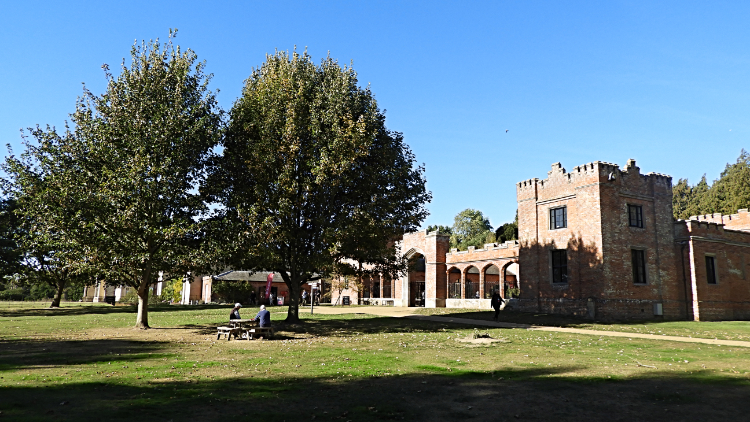 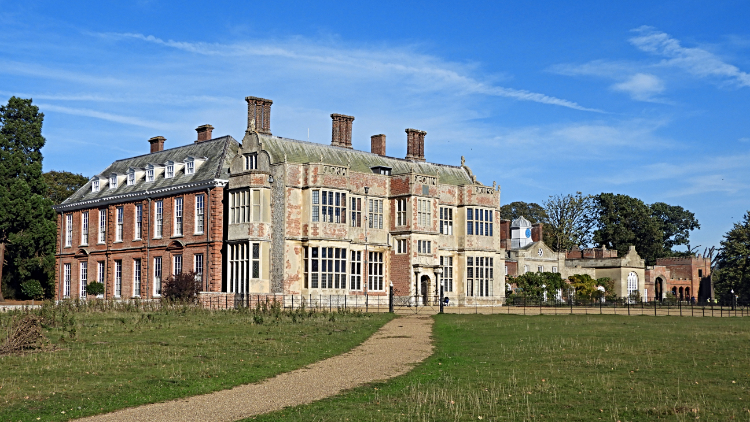 It was mid October but it felt more like mid July as I set off on my leisurely walk of the grounds of Felbrigg. Evening was coming, getting much earlier each day now and clear shadows were already lengthening in the autumnal sunlight but I still had time for a short circuit of the open parkland and woodland of this celebrated estate. The car park was filled with vehicles, about 50 or so. Not bad for I had learned this was a favourite haunt of those with local knowledge. They knew a good thing. First I passed couples and small groups enjoying refreshments on the picnic benches scattered in the parkland near to the walled gardens and the hall. Soon after I passed amblers, most with dogs, walking and talking on their merry way. It was so peaceful. More people were walking into or out of Felbrigg Hall which I had done myself after I had arrived an hour or so earlier on. That is why I was a little late setting off on the round, being a National trust member I had taken advantage of touring the hall bequeathed to the nation by Robert Ketton-Cremer. 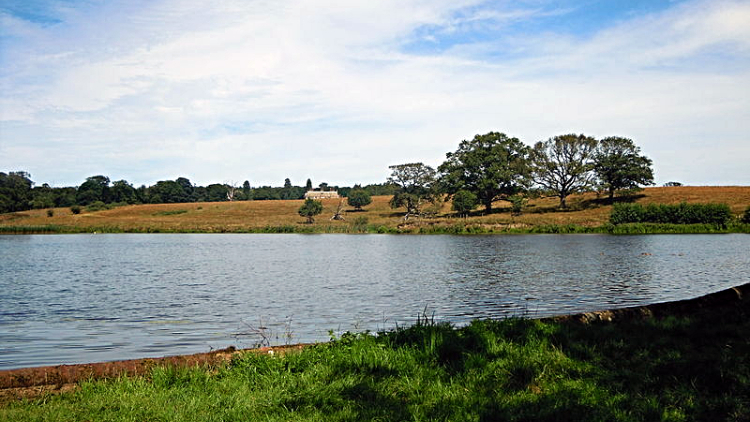 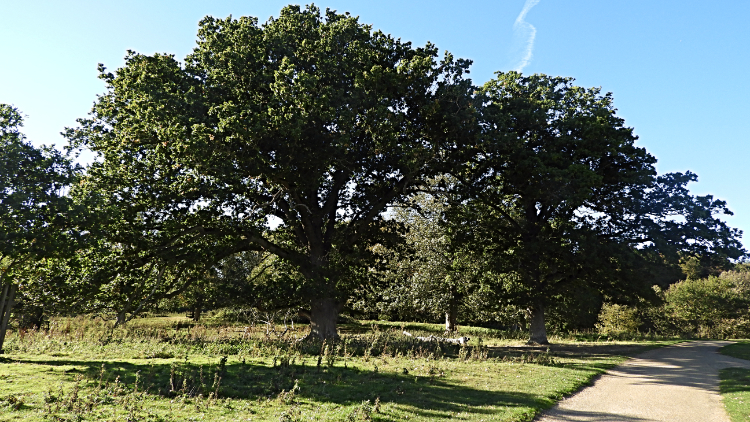 I took a diversion from my walk to see Felbrigg Pond, hoping to see wildfowl but the scene was eerily deserted of wildlife. They will have been there, some ducks at least, perhaps they were slumbering in the latter warmth of the year. Who could blame them, it was a day for relaxation rather than effort. My walk wasn't exactly taxing either, a stroll in the fresh air. I continued it by walking in and out of a copse of mature oak trees and looking in particular for one I had read about in the guide leaflet I had picked up on my arrival. The Great Felbrigg Sessile Oak, a magnificent tree was here somewhere. Perhaps I sat it, they all looked magnificent to me. From the oaks I continued on the path leading away from Felbrigg Hall towards the lodge and towards Great Wood. 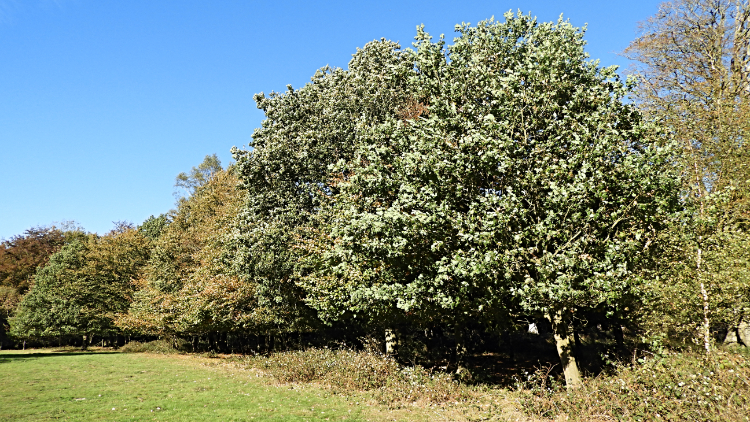 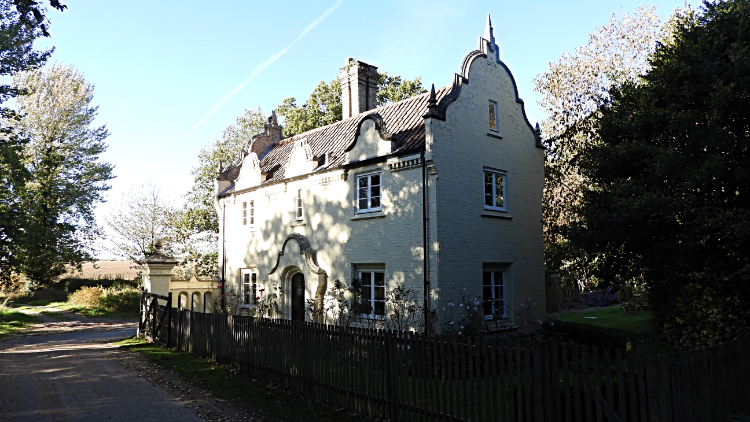 I passed more groups on my walk towards the lodge and one three generation family group with the younger and one of the older members being helped along in wheeled transportation. This walk has access for all, at least in some parts. I continued on, in a north-west direction across Foxburrow Valley and over a field surrounded by woodland on all sides before walking on a path besides the edge of Great Wood which led to the Lodge House at the west entrance to the estate. It is a quaint and impressive looking building with ornate gables and high chimneys. 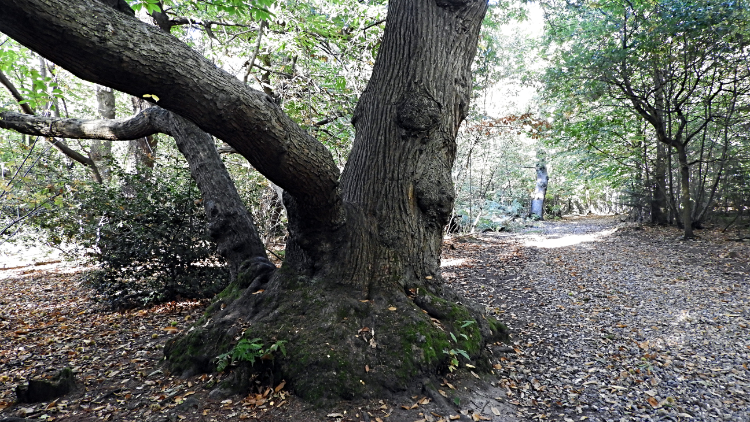 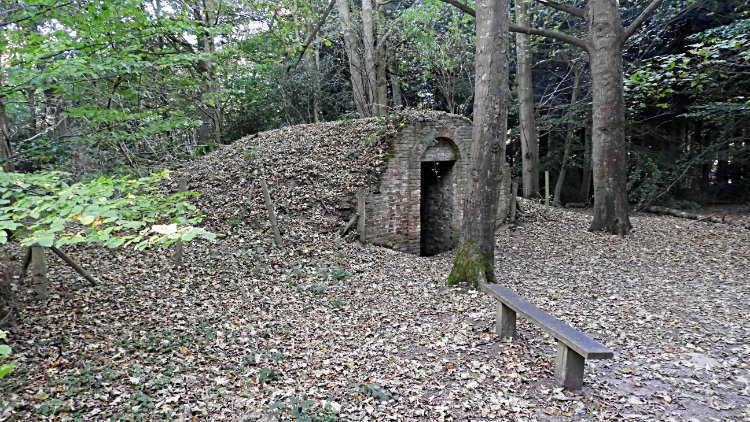 From the lodge I stayed within the confines of the estate and turned to a north-east course following a path into Great Wood. Also called in part Felbrigg Woods the woodland is an SSSI, Site of Special Scientific Interest. the path through the woods was mostly a soft carpet of fallen leaves, very thick in places. I could not imagine they were all from this season as the trees were mostly still in leaf. Surely it was an accumulation of leaf fall over years which had created this soft downy walk. It was a joy to walk, lovely scenes interspersed here and there, some of new pollarded growth and some of very old trees with thick tree trunks, some of those covered in though provoking burrs. Amongst the Oaks such as those I had seen earlier and still now were a variety of deciduous types including Beech and Sweet Chestnut. In the middle of the woodland I came across a low building sunken into the ground which resembled a wartime bunker. It was not though, a sign telling me what I had already suspected it was; an ice-house used for keeping food fresh for the hall in pre-refridgeration times. Ice is heavy and the ice-house is half a mile from the hall. I hope the hall staff had a barrow to fetch it. 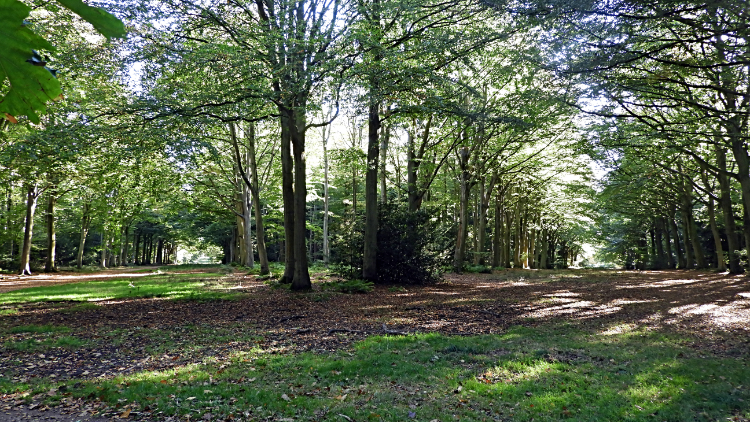 The Victory V of Felbrigg 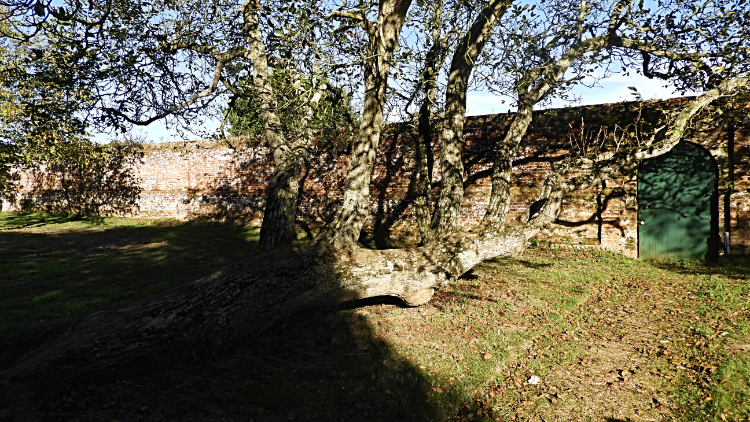 Horizontal tree next to the walled garden

From the ice-house I continued on my woodland path to a very interesting glade. Here, two avenues of trees led off at angles of about thirty degrees to each other. I was at the apex of an A-frame of avenues created by Robert Ketton-Cremer as a memorial to his brother Richard who was killed in action during the second world war. A sign read "The Victory V - planted up by Robert Ketton-Cremer (the late Squire) in 1946, to commemorate VE Day and the death of his brother, Richard Wyndham Ketton-Cremer, who was killed in the Second World War (RAF, Crete 1940)". It adds "My woods are my pride and my joy". He should be proud too. I concluded my walk through the Jacob's Plantation section of Great Wood, emerging from them beside the Walled Garden. There were more interesting trees here, not least one where the entire main trunk is laid flat to the ground. Quite weird it appeared, a magic ending to an enchanting walk.