Summary: A lovely walk of two halves, first along Pocklington Canal from Canal Head to Melbourne and the second half on country tracks and through the beautiful woodland of Allerthorpe Common. Afterwards we carefully follow country roads back to Canal Head.

The Walk: John and Joanne had been asking if Lil was going to join us for a walk for quite a while but since an injury to her knee some time ago she could not walk too far and five miles was her prescribed limit. I had pondered how to accommodate this in a walk in which she could join us while we carried on to complete a longer stretch of the legs. A level path would also be good so after exploring the map of the York area which would suit all of us perfectly I happened upon an article about the Pocklington Canal which was just in the right spot. Moreover we could walk along the canal to Melbourne where, after an appropriate pub lunch, Lil could take her leave and drive back to meet us at the start after another five miles of countryside and woodland. After all we did have two cars, logistics working out perfectly. We were all happy with the arrangement. 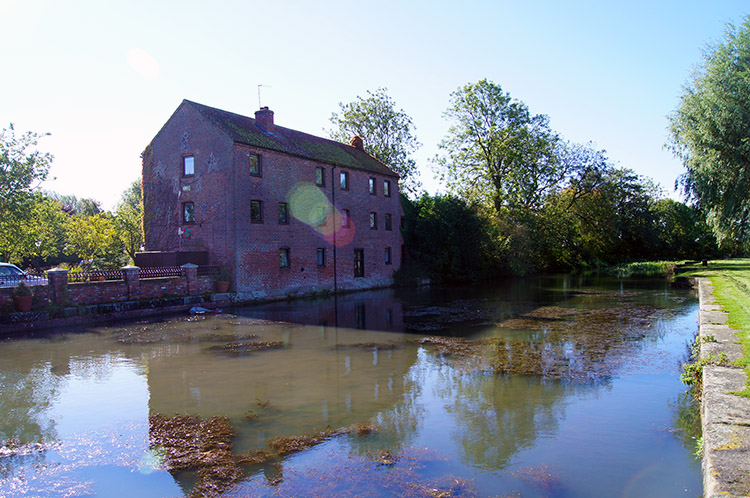 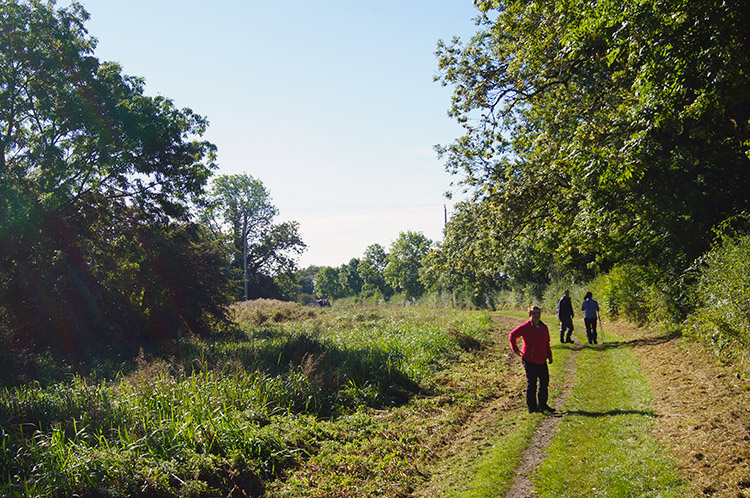 Fortune favoured us; it was a perfect late Summer/ early Autumn day and the sun was out from the start. We started from Canal Head on the outskirts of Pocklington and soon after parking up one of the cars (having left the other in Melbourne) we were on our way. Pocklington Canal is a broad canal which runs for almost 10 miles through nine locks from Canal Head to the River Derwent which it joins near East Cottingwith. The part we were walking to Melbourne is not navigable, the second part to the river is. Most of it lies within a designated Site of Special Scientific Interest and we were immediately enjoying its quiet beauty. From the start the non-navigable attribute was clear, even water fowl struggled to negotiate through the thick grasses and reeds in the canal bed. It was interesting to hear them scuttling along in hiding as we passed by. 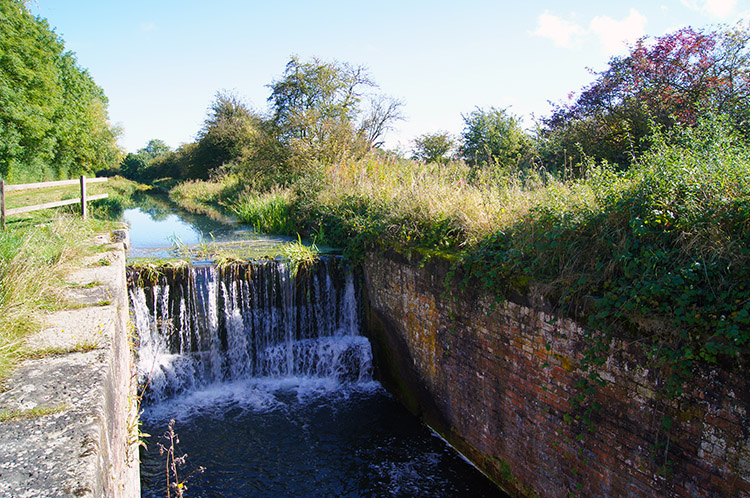 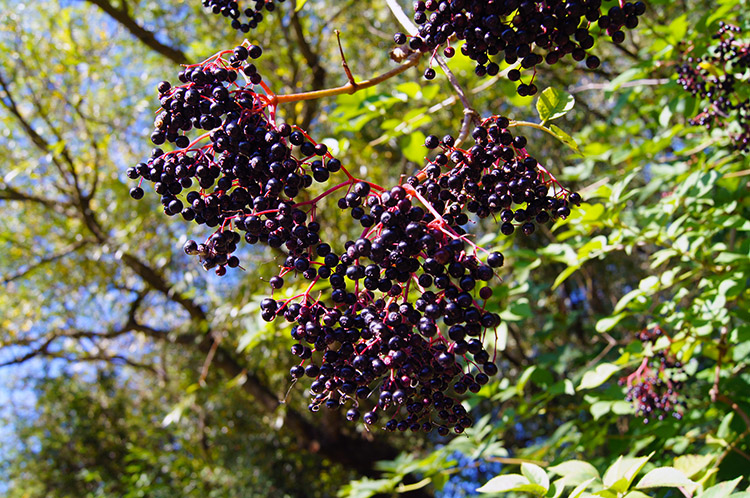 We had all set off wearing light coats as the drawing in of daylight hours and morning chills were heralding the onset of Autumn. The beating down of the sun and absence of breeze in a canal towpath environment soon caused us all to shed them. One mile in we all agreed in wishing we had left the over garments in the car, they were extra baggage now and we did not use them again. The canal appeared extremely calm and perfectly still for most part but that was a perception rather than a fact for when we reached disused locks the Weir steps had water flowing over them at some rate in the direction from Canal Head to Melbourne. Thus we were following the canal downstream as is shown in the elevation profile of the walk. 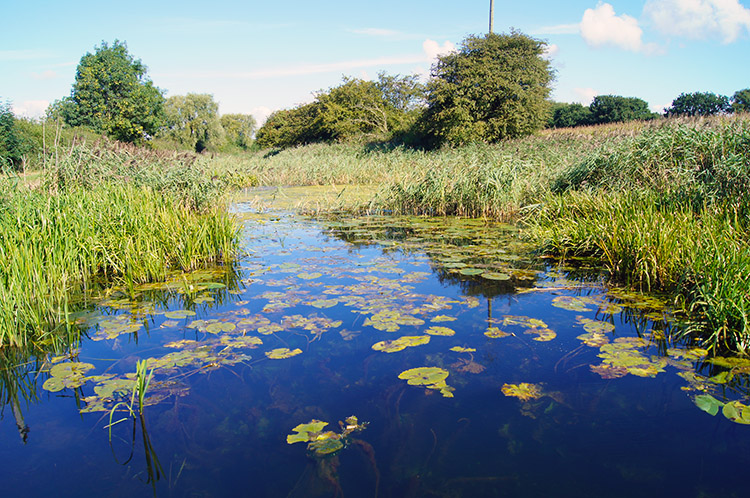 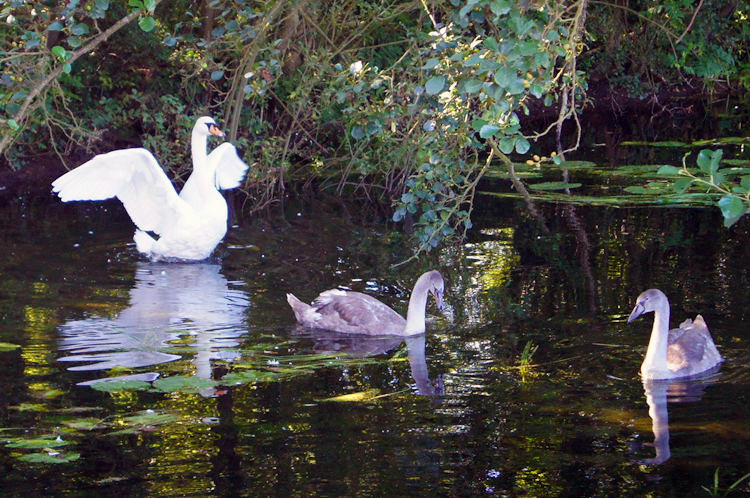 Family of Swans in Pocklington Canal

The walking continued to be thoroughly pleasant and at one disused lock we passed a group of about 10 - 12 ramblers being spoken to by a guide about the history of the Canal. If you want to know a little more about the canal then a brief history and navigation guide can be found on the Pocklington Canal Wikipedia page. After an half hours walking we reached Coates Bridge which marked a slight change in surroundings. Up to the bridge we had been enclosed on a narrow track by high trees and thick shrubs. from Coates Bridge we had open fields to our right and thus the scenery opened out from beyond the canal environment to widespread views over big fields and over to the Yorkshire Wolds in the north and east. Still the canal took most of our attention, especially when we came across waterfowl including ducks, coots and Swans, adults and cygnets both. 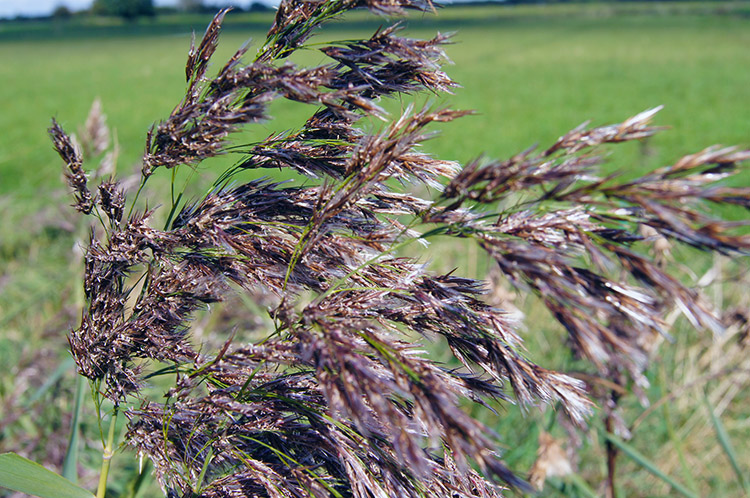 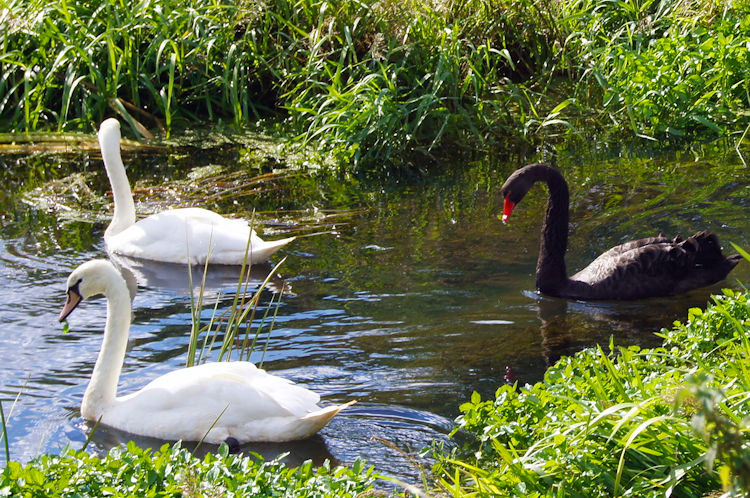 Gentle walking on a slight descent which we did not notice at all continued from Coates Bridge to Walbut Bridge. During this section and on a bend in the river I noticed a spur running away from the canal to Bielby. I later found out this was the Bielby Arm in which boats from there would access the canal. Bielby Arm is now a nature reserve. From Walbut Bridge we continued on in a direct line to Church Bridge and on this stretch I was stopped in my tracks by the sight of a beautiful black swan. With its dark brown (not black) plumage and a bright red beak it was a marvellous sight which we all enjoyed. The black swans two white companions moved to the far bank of the canal as we stood to close attention but the black swan came to our side, conveniently distanced by reeds and water plants not to feel threatened but definitely more friendly and accommodating than his companions. Perhaps they were used to the black swan getting all the special attention, the consequence of rarity. 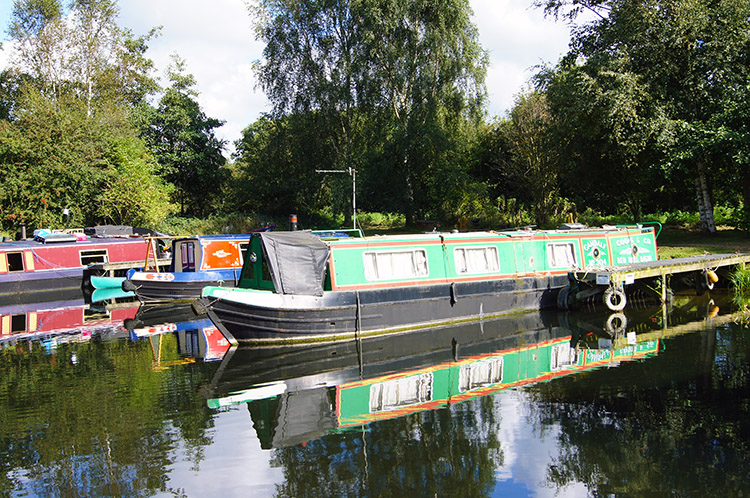 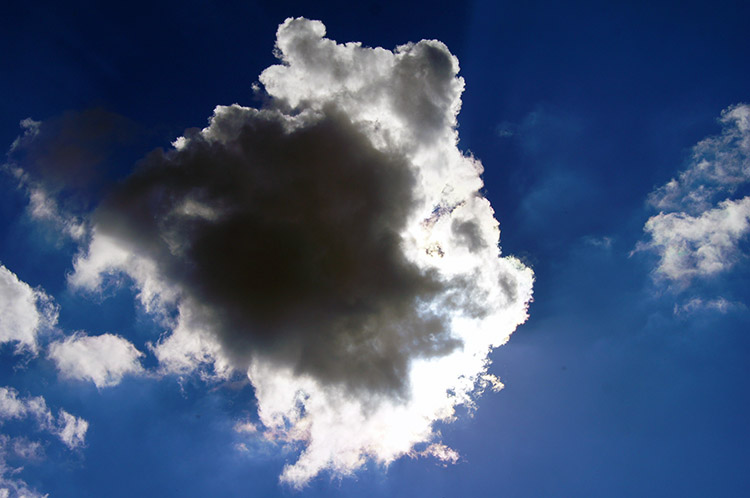 Light and Dark in Cloud

Soon after our enjoyable encounter with the swans we reached Church Bridge and then walked a further short distance along the canal to the Melbourne Arm of the canal. This we followed and by doing so saw narrowboats parked up in the shelter of the arm. We had reached the navigable section of the canal and should we have continued we may have passed narrowboats cruising on the canal. For us though this was time for lunch and for Lil's departure from the walk. She had thoroughly enjoyed her walk along the canal though while admitting she was at her limit and ready for some lunch. we all were an enjoyed our break at the Melbourne Arms, a break in which John and I has two lovely pints of beer. We were tempted to stay for more, such was the ambiance of the day. resolving ourselves and limiting ourselves to the two pints each we resumed our walk after lunch and walked off back along Melbourne Arm to the canal after agreeing a rendezvous with Lil. 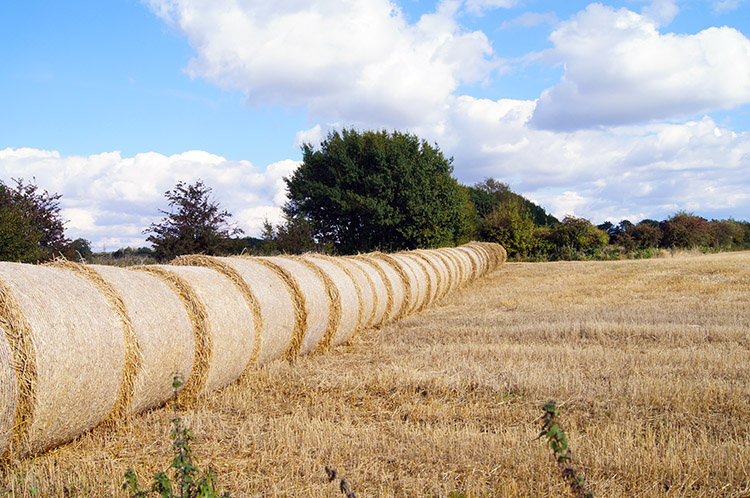 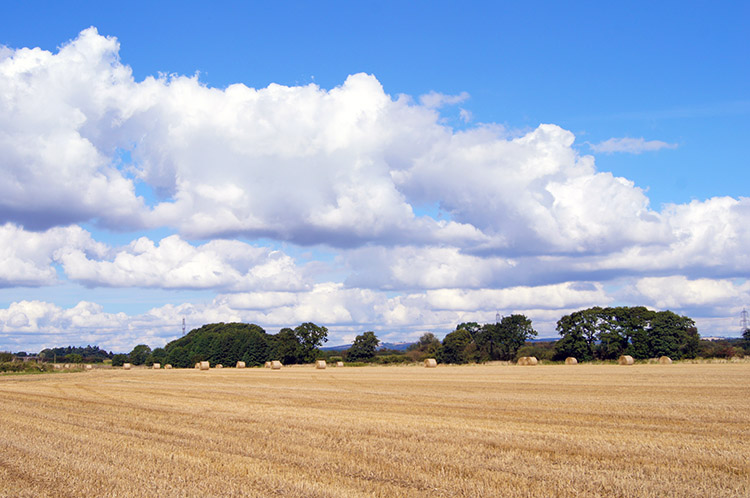 A beautiful day for a walk

When John, Joanne and I got back to the canal we followed the navigable section for a couple of hundred yards before cutting off at a right angle to head north across fields towards Thornton Grange. the sky was big now, bright and beautiful too. Fluffy white clouds crossed over our heads in the light breeze and while some of them had interesting dark cores there was never the suggestion of rain falling, no chance at all of a interruption to the perfect day. Farmers had taken advantage of the good weather too, cereals were harvested and hay gathered and assembled in neat circular shapes, some randomly left in the fields as they were collected and shaped while others were assemble in neat rows for easier collection. Other fields had crops of beet, carrots and more while the hedgerows teemed with Brambles which slowed our progression for Joanne collected them for jam and John occasionally assisted. I walked on a short distance ahead in thorough delight with the day. 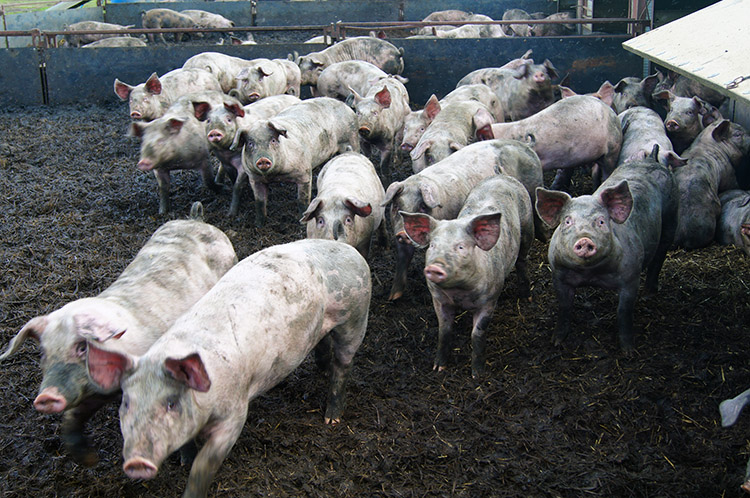 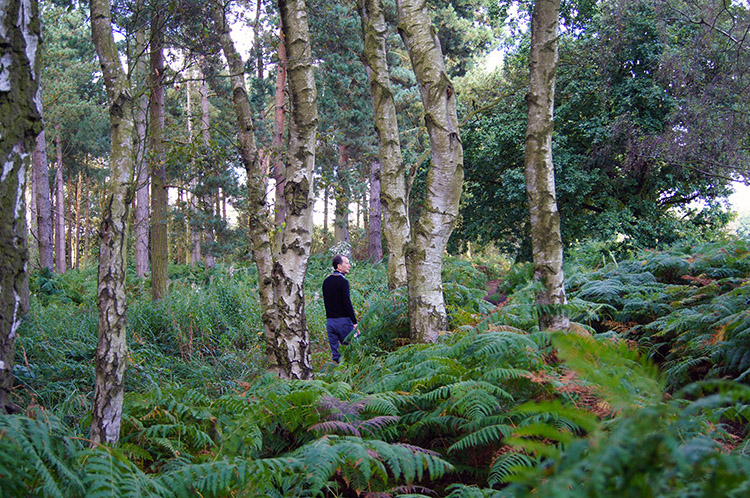 Because of the diversions into hedgerows by the foraging Listers and my diversions to watch the surroundings and try to spot wildlife we passed Thornton Farm and reached the edge of Allerthorpe Common without really noticing. It was that enjoyable, really. At allerthorpe Common I heard a clamour of noise and soon identified what it was. Walking to look over a metal fence I saw the cause of the disturbance, inquisitive pigs who rushed over to me as soon as I was spotted. Thank heavens for the barrier, they would have been all over me squealing for food otherwise. Immediately after the pig stock hold we reached woodland which dominates Allerthorpe Common. First we followed a path on the edge and then it naturally took us further in. 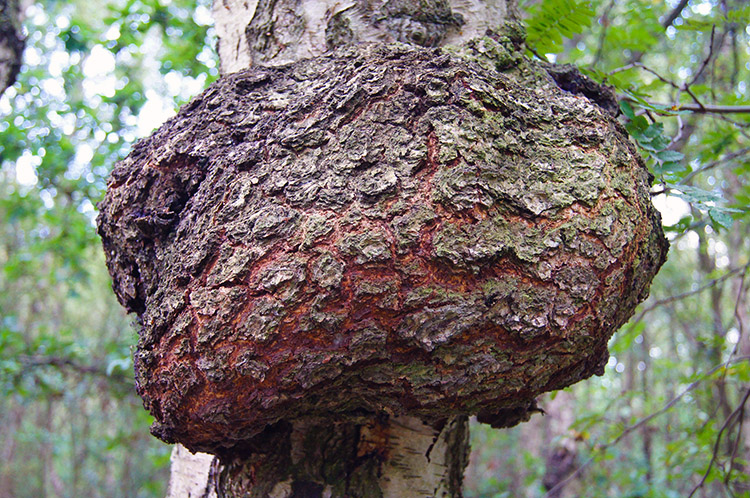 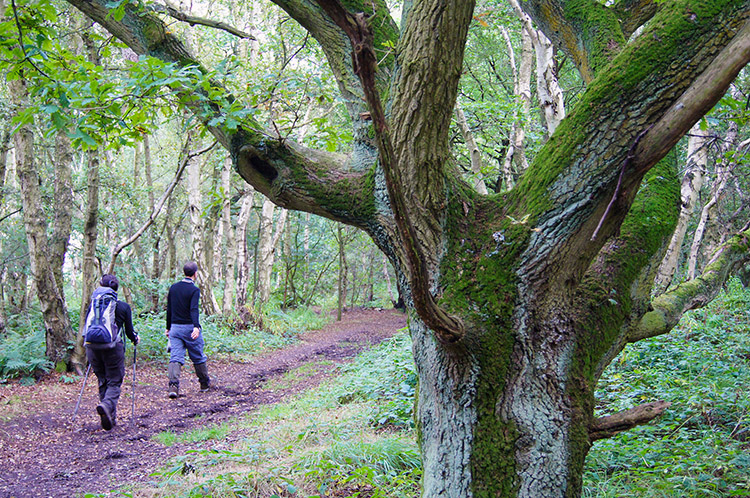 Walking through the woods to Allerthorpe

It was a delightful change in scenery walking through the wood. As we walked further in we came across other walkers, most with dogs which is nearly always an indicator that habitation is close. And indeed it was for we were approaching the village of Allerthorpe. At the village Lil was waiting for us and after the short journey through the enchanting wood we walked by a short field then along a short lane into the village. On reaching Lil in allerthorpe we decided to end the walk, saving the section of quite road then the section of noisier road side along the A1079. Having two cars made that possible cutting our walk by one mile to just nine.

So what did I think of the walk? It was excellent with three completely different stages to it. First was the walk along the canal which was lovely indeed, the canal section we did being un-navigable has given rise to rich wildlife and splendid flora. Then after the canal the walk over wide open land and on tracks looking up to big skies was great - true this section would be different on a bleak or foggy day but I did not have that. Finally there was the woodland and I always find woodland divine. So there you have it, a fantastic walk. Go out on a day similar to the one we had and do this walk, you can't fail to enjoy it.