Summary: The Harrogate Ringway is a circular long distance trail encircling the spa town at a radius of 3-4 miles. The walk is mostly on attractive country paths with features including becks, rivers, viaducts, woodland and indeed most of the attractive features found in the British countryside. There are even crags to explore on the route. Many shorter walks can be fashioned from points on the Ringway as it can be divided into shorter stages or for the seriously minded it can be linked with the Knaresborough Round to form a 36 mile route. 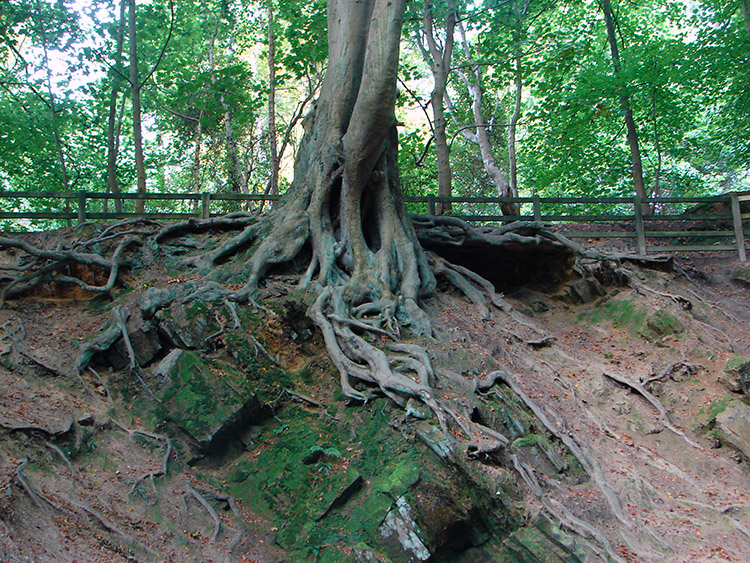 A tree holding on to the eroded bank by its roots 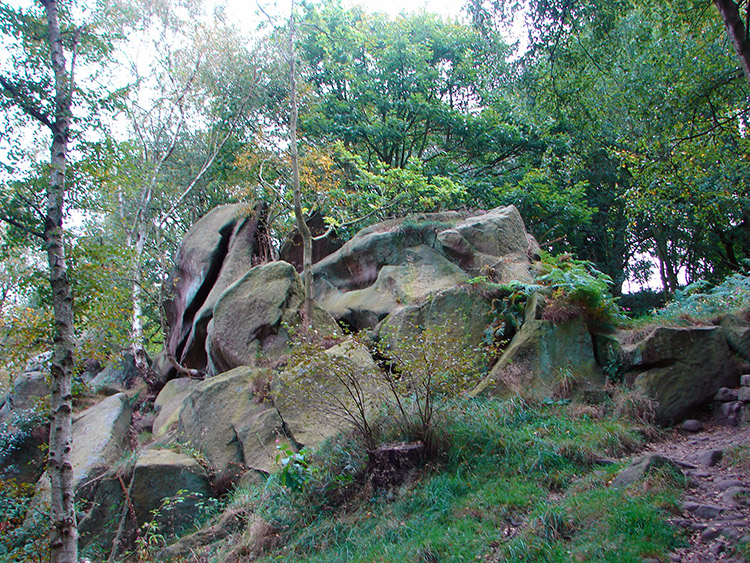 I had walked the Ringway before with my brother Dave about 7 years ago so I knew what to expect. But I still had trepidation for I had never walked more than 10 miles for a least a year, never mind the 20 miles facing me. I knew it would be tough. After my kind wife had dropped me off at the start point on Otley Road near Harlow Carr Gardens I set off on my merry way. I was glad to be out walking and I walked briskly down to the Birk Crag woodland and to the bridge crossing the beck where the sight of trees hanging on to the eroded bank always capture my attention. I took another awestruck view of them and then moved on hastily. There was lots to do. 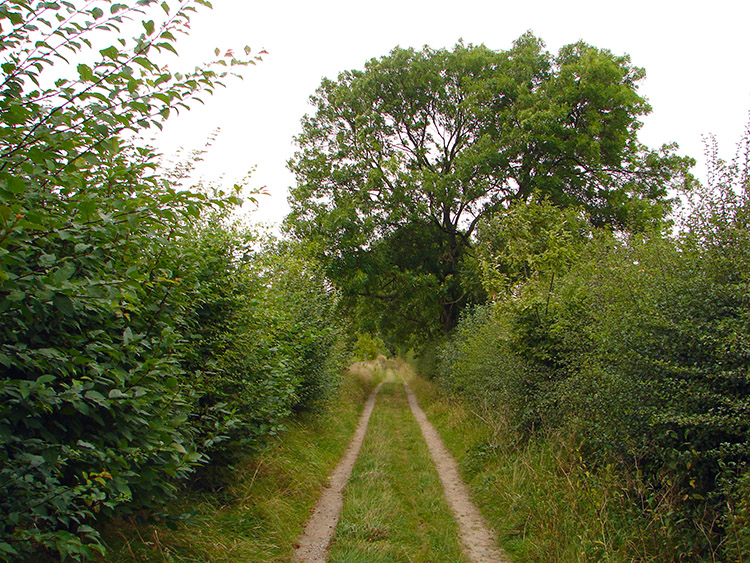 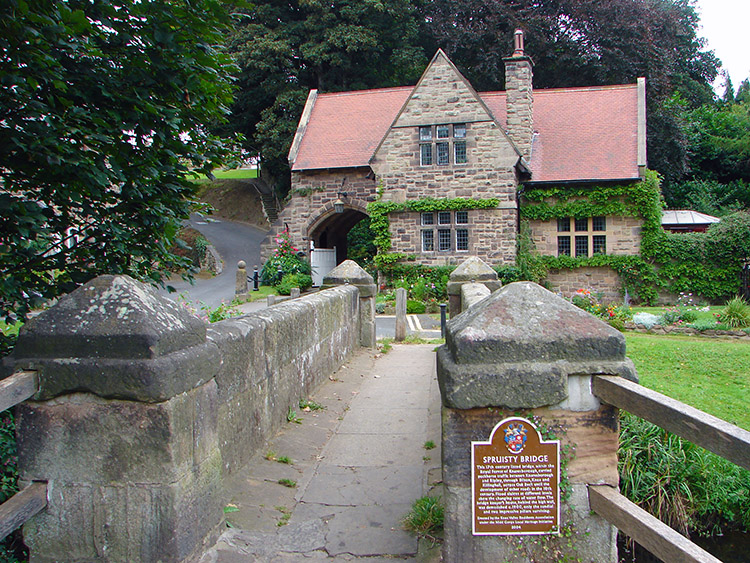 Soon after leaving the clinging trees I made my first ascent of the day to Birk Crag, a favourite place for Harrogate people over the years. There are many pictures of the Crag in Victorian books I have read since moving to Harrogate. It probably had an unbroken view to the north in those innocent days but now trees have somewhat secluded the views. Still, it remains a special place and I crag hopped from one to another to get the best vantage spots before continuing on with my Ringway walk. This took me out of the woods and across Pennypot Road into Kent Road. 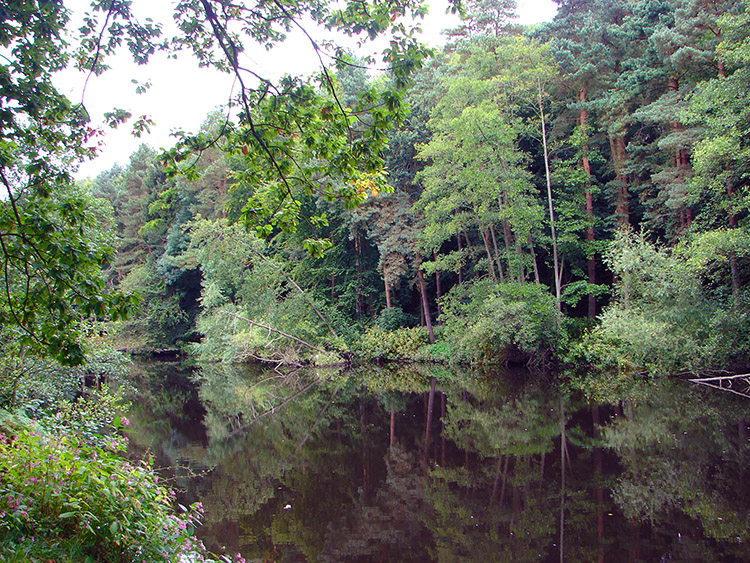 The River Nidd near to Bilton Beck Wood 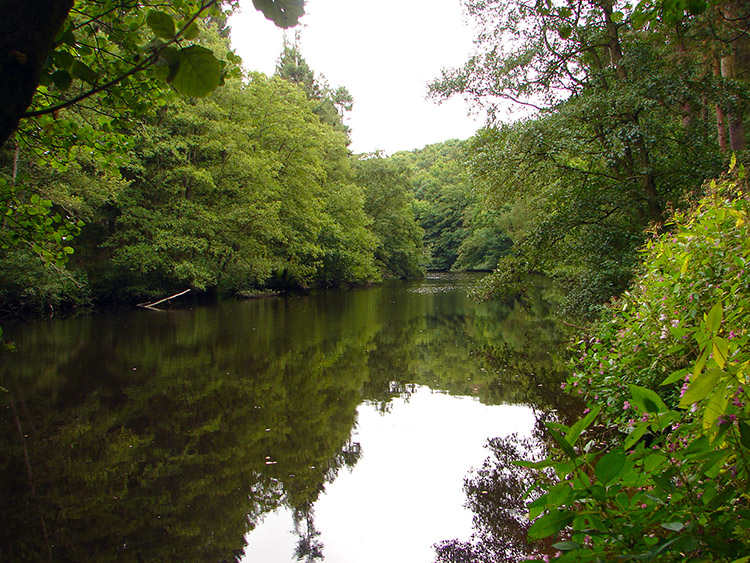 The Nidd is so quiet in places such as this

From Kent Road I descended into Oakdale Wood, the second wood of the Ringway but not the last for there are at least 6 different woods on the walk. I love woodland walking and so enjoyed travelling through Oakdale which fringed the golf course. On my way I came across a felled tree that had been snapped off near the base with some force. Wow, I bet that was a noise when it went. After Oakdale I emerged into suburbia and made my way through the Jennyfield's area and then across the A59 Harrogate to Skipton Road and along the bridleway to Grange Farm and past to the A61 Harrogate to Ripon Road and then to delightful Spruisty Bridge at Knox. This place is serene now the rat run road has been blocked off to Bilton. I was still on form and moving along, a good sign for I was now heading into the serious business of negotiating my way through the Nidd Gorge. 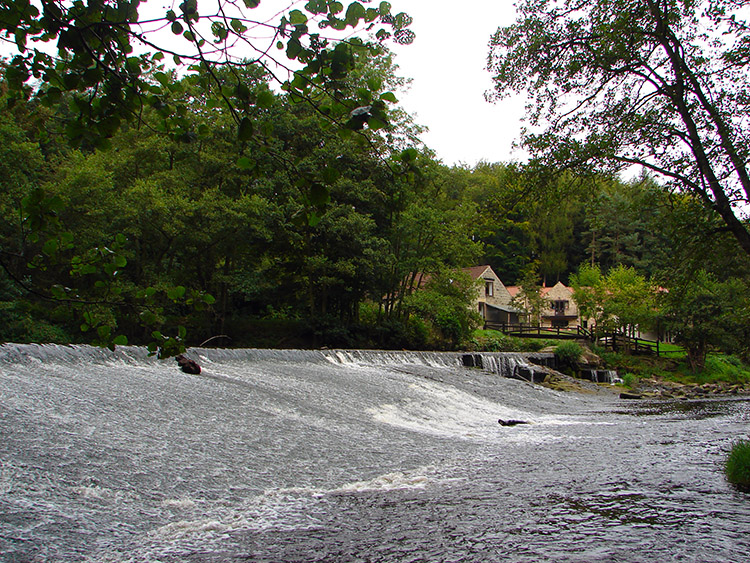 The weir on the River Nidd at Scotton Mill 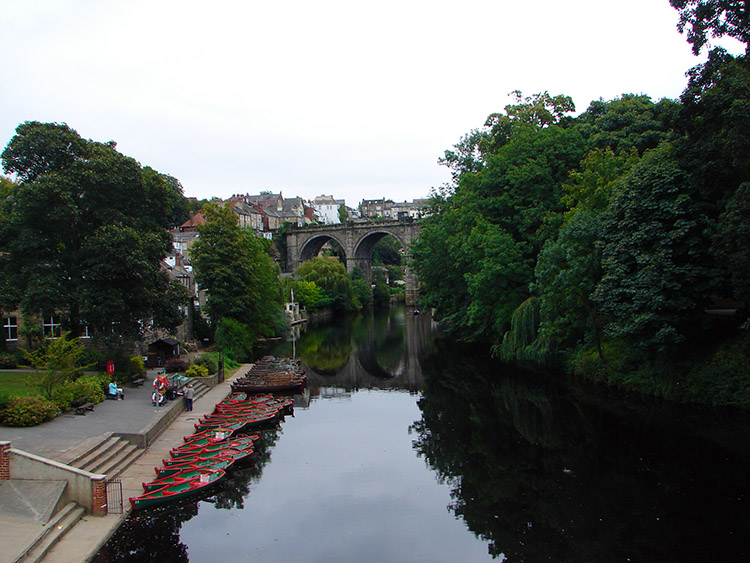 I started my Nidd Gorge adventure by visiting the disused Starbeck to Ripon Railway Viaduct and then descended to the riverside while accompanied by the industrious sound of a woodpecker. The river was still at Bilton Beck Wood but not so a little further on when I reached Scotton Mill. I was in full walking mode now and visited scenic spots to video and take pictures before marching on to the next point of interest. All the late summer pink flowers were out, it was a truly wonderful part of the Ringway walk, all too soon ended as I was forced to climb from the river and make my way to Bilton Hall and then onto Knaresborough, part so by the Beryl Burton cycleway. 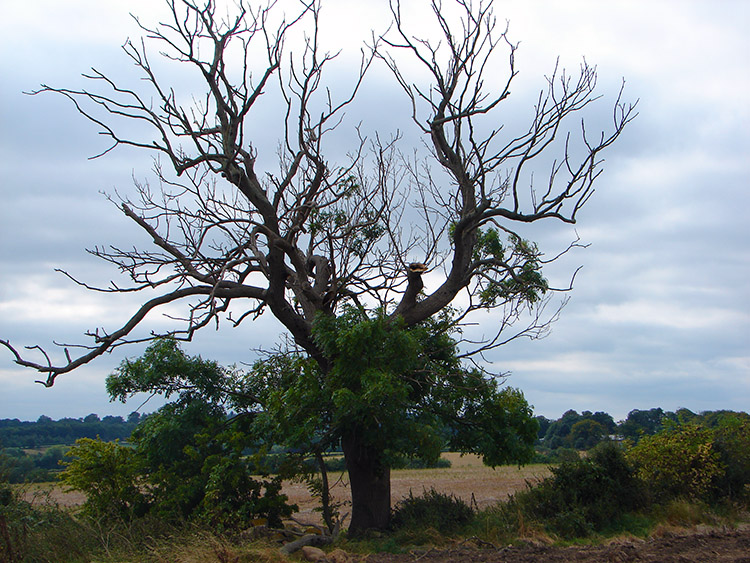 A tree appears reborn near to Rudfarlington Farm 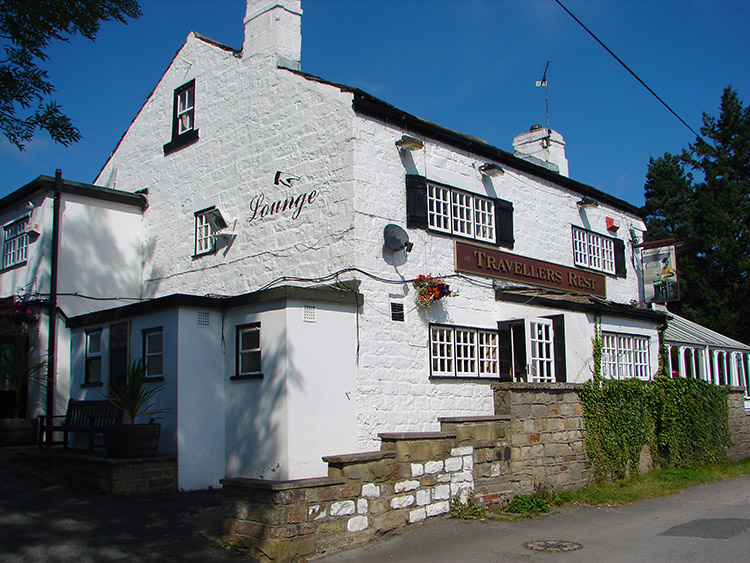 I enjoyed a refreshing pint at the Travellers Rest

Knaresborough came and went without much ado. I love Knaresborough and visit often to see friends, drink in Blind Jacks and listen to live music at the World's End pub but today I was on mission and I quickly tramped though the lower town alongside the river and past tourists to Mother Shiptons Pub and through fields to Forest Moor road. Cars were noisy along the road, I did not enjoy their drone and so was glad when I had passed the nurseries garden centre and back into fields and peace and quiet. I walked to Rudfarlington Farm past a weird reborn tree and then to a final section of whining traffic on the A661 before the tranquility of Crimple and a refreshing pint in the Travellers Rest. 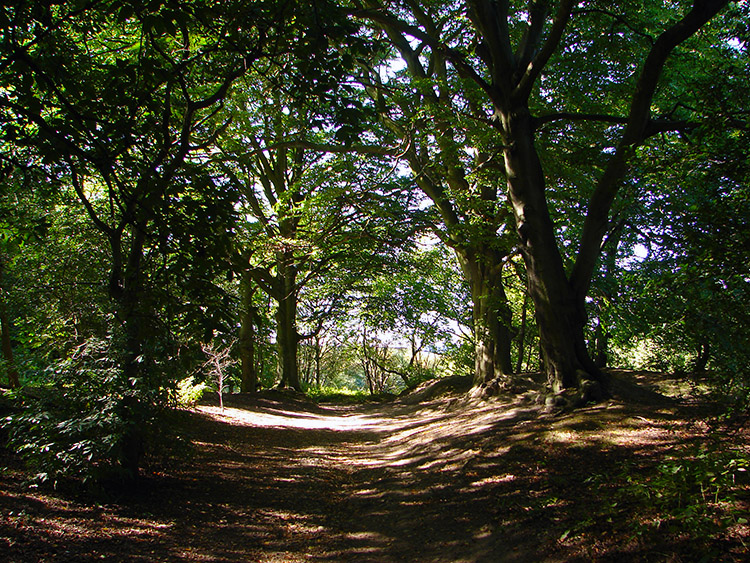 The sun penetrates the tree canopy of Crimple Wood 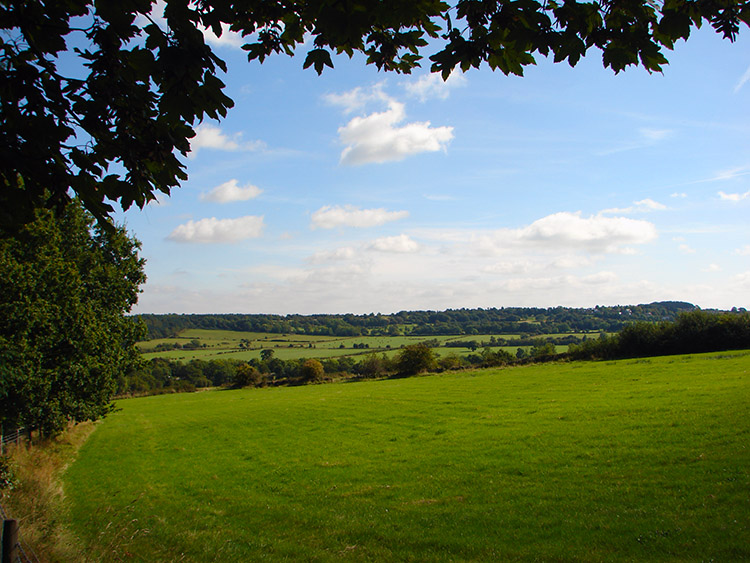 Into sunshine and greenery at Stone Rings

The drink was lovely, a great pint of Theakstones Best Bitter. I enjoyed it immensely as I was now beginning to feel the last 15 miles walking. It was getting warm too as the sun had finally broken through the early September day cloud and heated the air. I was soon sweating as I resumed my walk around the edge of Crimple Valley Golf Club and under the disused railway viaduct of the old Starbeck to Pannal line. I was relieved to the shelter from the sun the woodland near Hornbeam Park afforded me and I walked though the woods to Fulwith Mill and over Leeds Road to Stone Rings. Here I could have turned right and walked home, but no, I was struggling but I was going to finish the Ringway. 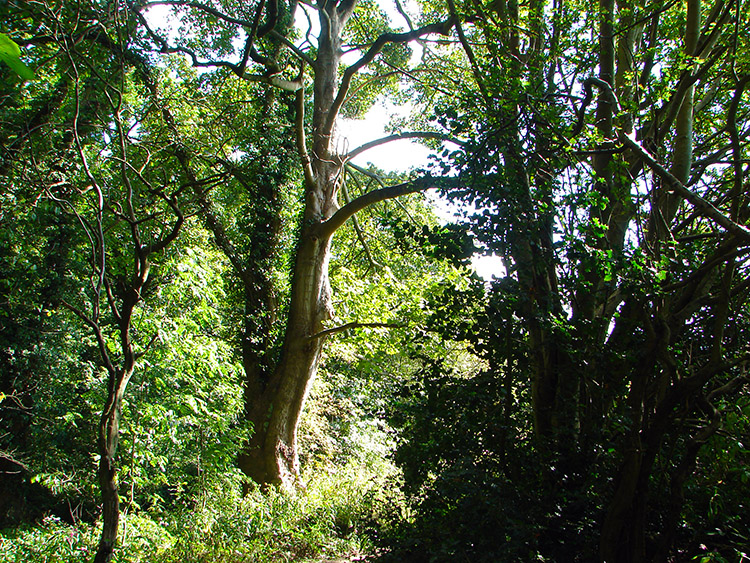 The woodland of Stone Rings Beck 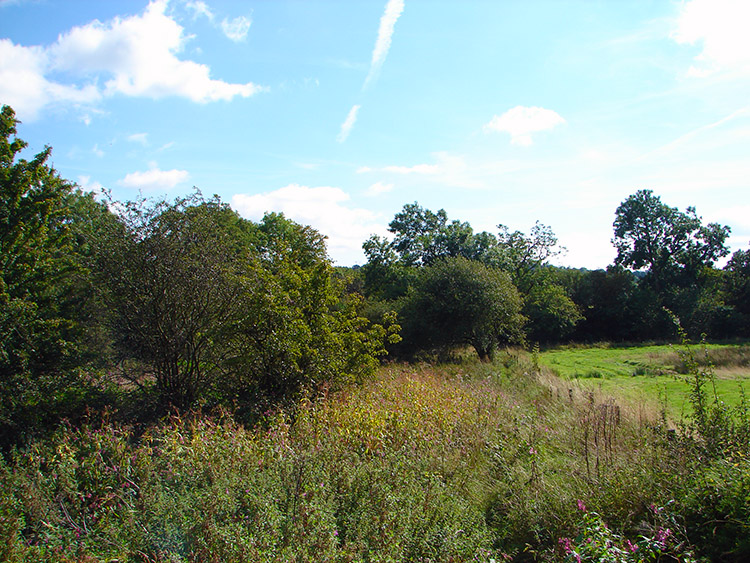 The last few tough miles were on me now. From Stone rings to Pannal was not too bad but then from Pannal it was all on the up firstly to Daw Cross and then to Lund House Green. Suffice to say I was not going the speed I was a few hours earlier and fortunately the scenery was very nice and perfect to enjoy at my reduced pace. 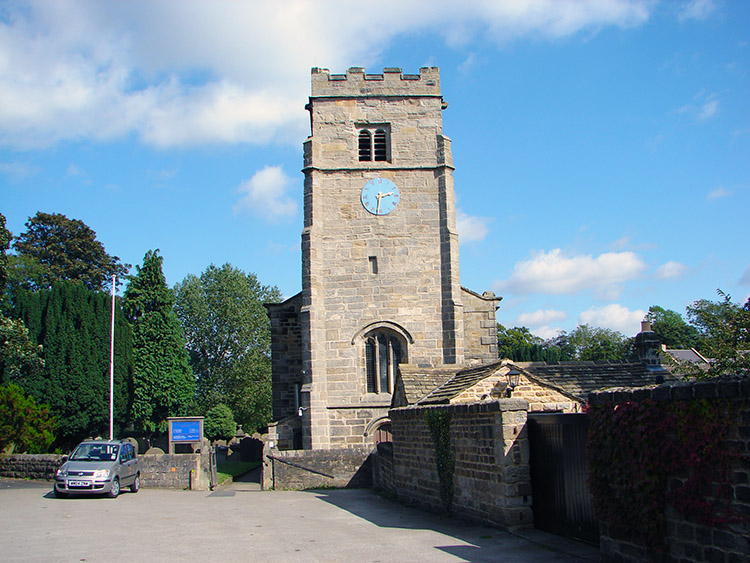 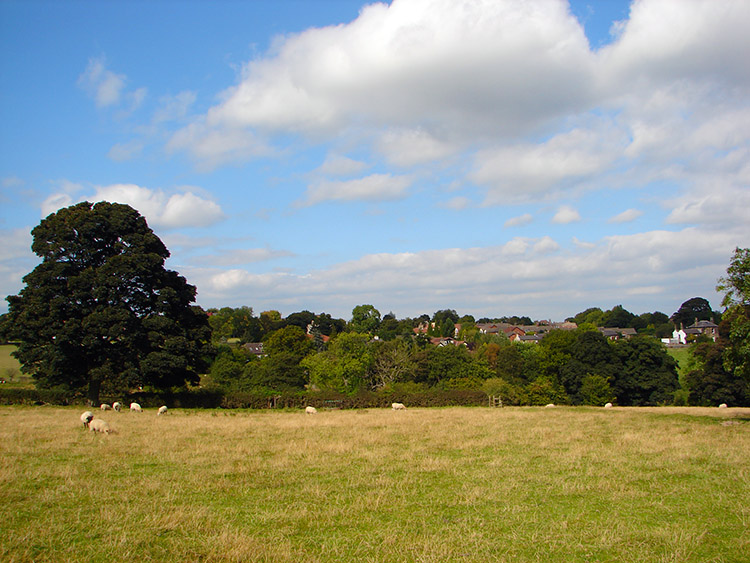 Rossett Green was a welcome sight

I was aching more and more now and the legs were leaden. I have got to get into better shape that's for sure but I eventually got to Lund House Green and then to Beckwith Head and back to my starting point at Harlow Carr Gardens. What a great day's walking even if I was a crumbling wreck now! I'll take the pain anytime. The Knaresborough Round next up then.