Summary: This is a walk suitable for all, young, not so young and old alike. The walk, more an exploration really, is to find all the interesting and downright quirky sculptures and curios within Rothwell Country Park. Take your time, go your own way, it is your choice. But most of all, enjoy.

'Note: The map, route guides and distances shown are a guide only. The choice of route in the park is entirely yours' 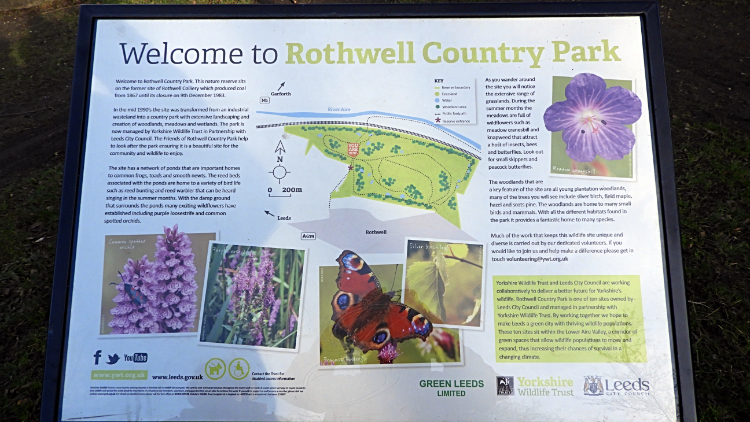 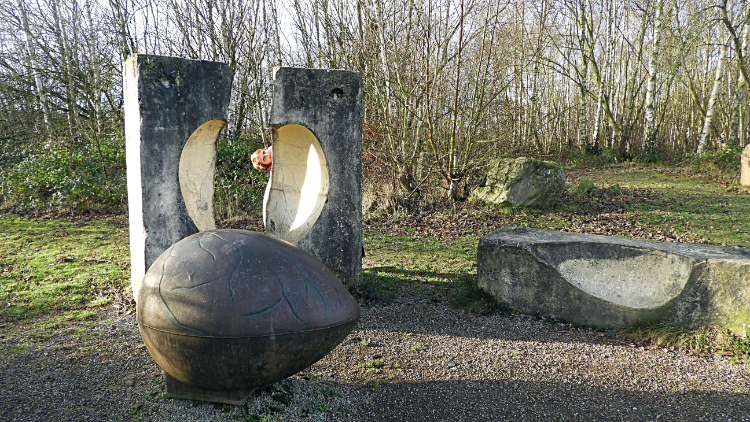 My wife Lil and I were out for a Sunday drive around the Leeds area and while travelling on the A61 Wakefield Road I spotted Rothwell Country Park on the map. "Let's go there for a walk shall we" I asked Lil. She agreed to the suggestion. We did not know what to expect. Finding a barrier down on the way to where a car park was marked on the map we parked at a convenient pull in area at the end of Bullough Lane next to Haigh Farm and walked on down the road to find the entrance to the park. A sign gave us clues on where to go, also telling us the park was on the site of the Fanny Pit Colliery. Richard Whiteley of Countdown fame opened the park, reclaimed from the disused industrial past, in June 2000. We set off, following a path without any planning and soon arrived at the first sculpture. We had no idea there were sculptures until happening upon the egg, broken out of a solid concrete block. 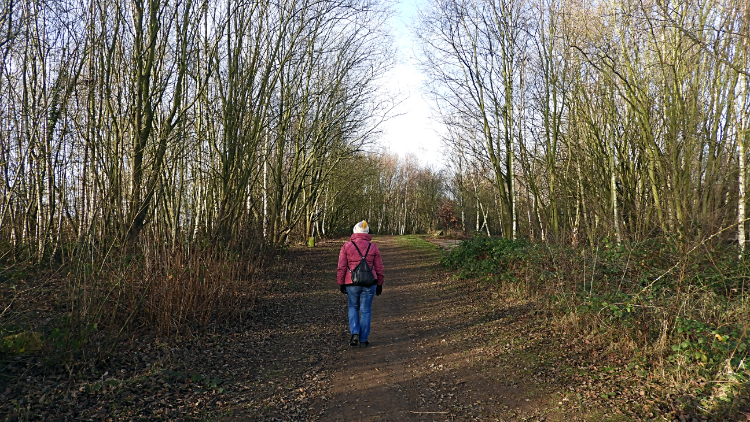 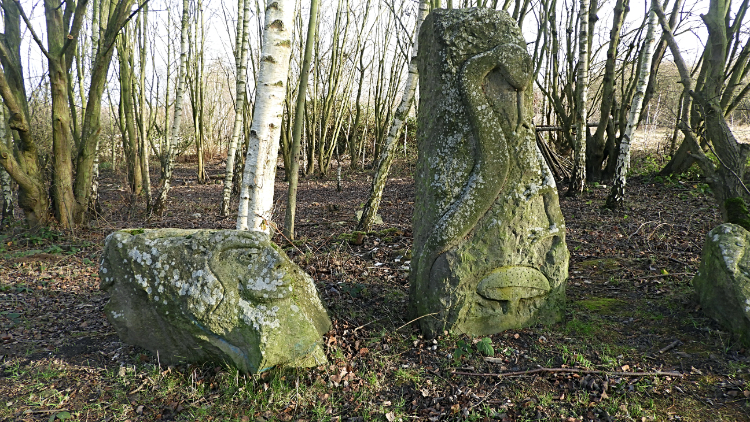 On we went, wandering and discovering. Plantation woodland compartments were throughout the site and we walked through avenues of them. Oaks, Maple and some pine trees were about. All young, around 20 years old and younger. However Silver Birch seemed to dominate. We have them in our front and back gardens at home. Next another sculpture, one face like with Botox lips. We called them Easter Island statues. 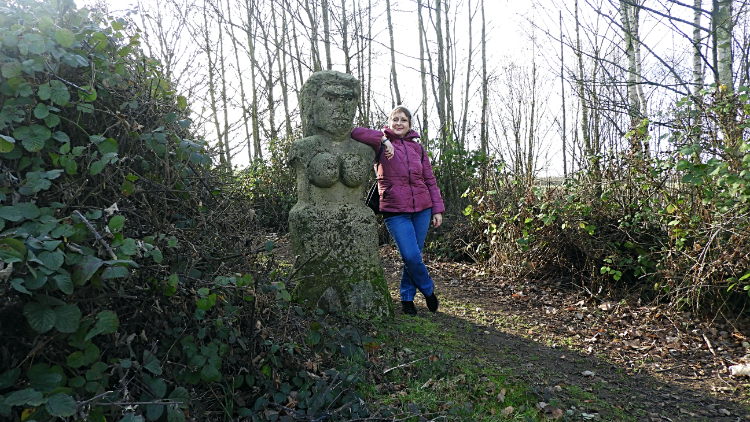 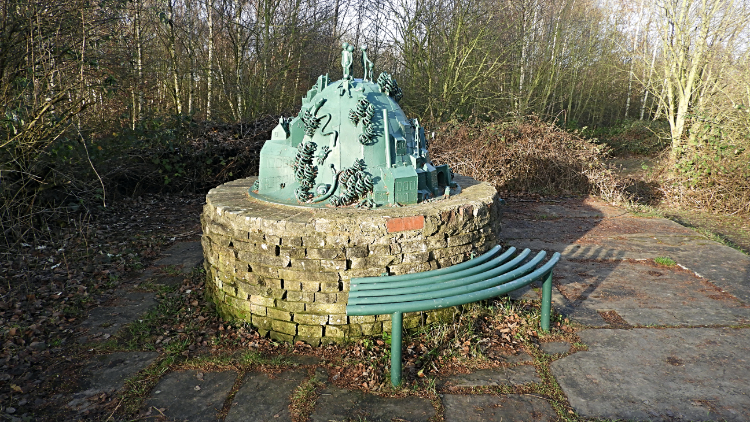 Around the corner from the lady with big lips was a stone circle set amidst more young trees and then a little further on we found another lady with lets say 'nowt much'. Lil joined her for a photo shot. Then a little further on we came to another sculpture which defied any thought from us as to what it was. Domed with buildings set into the sides and figures of people set besides and on top of the dome. Perhaps it represented the industry and community of the colliery which once stood here. 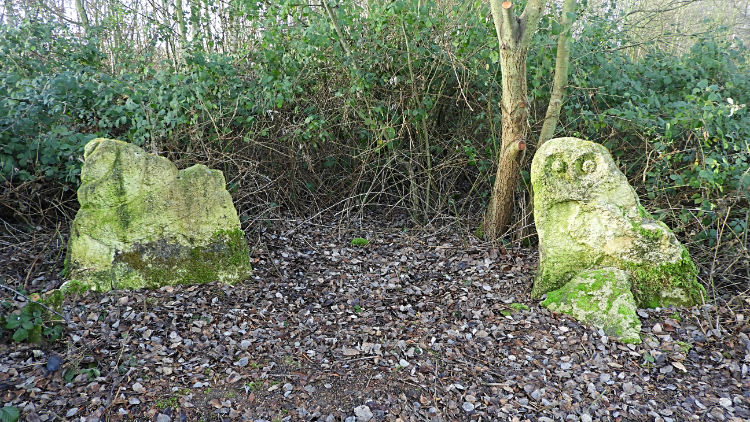 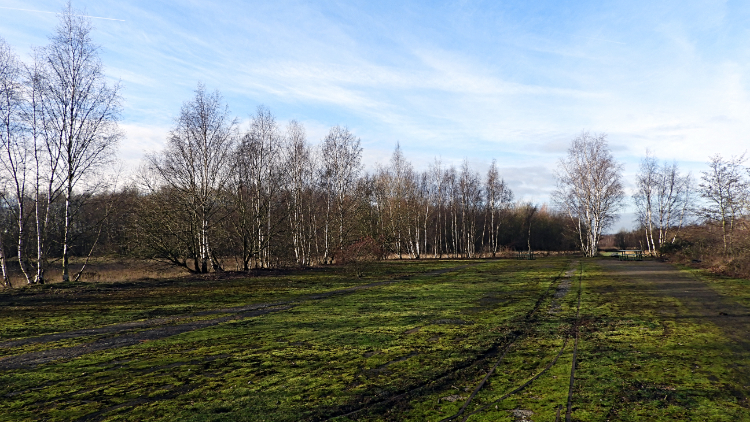 Another pair of figures set in stone around the next corner. Lil likened one to a snail stood on top of a piece of stone and the other to a surreal Owl. I got the Owl, not the snail. Weird and wonderful this sculpture trail was proving to be. It was certainly racing the imagination. After these two figures we were done with the sculptures for the time being, now walking through another Silver Birch avenue on the north edge of the park and before following the perimeter path around to the east we cut right, climbing the hill to the summit. We fancied seeing what views were available up the ten metre rise. 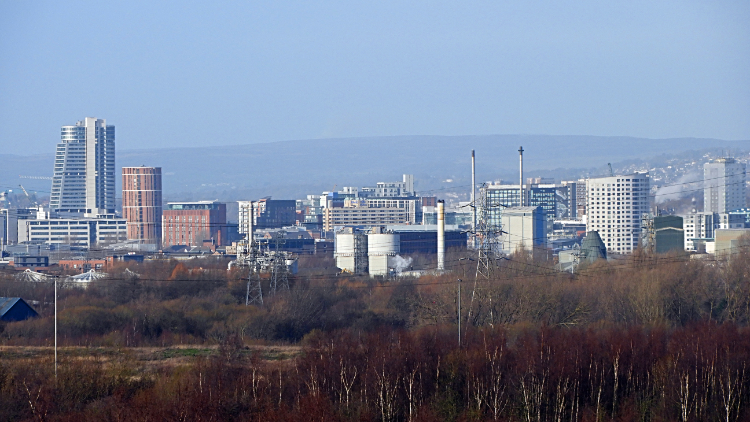 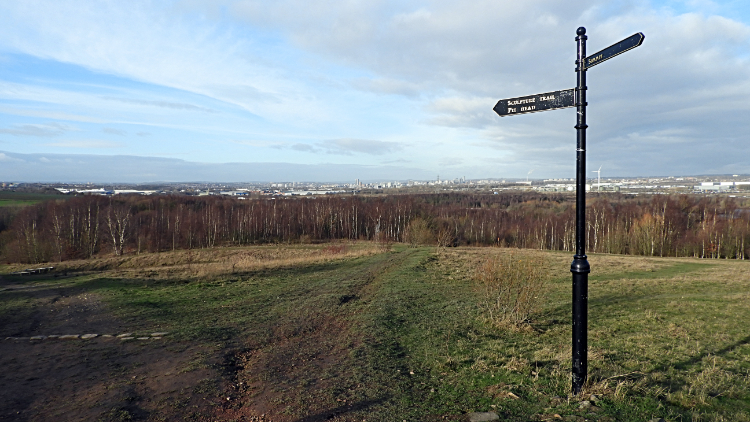 Signpost at the summit

The summit tops out at a little over forty metres though it still shows 70 metres on Ordnance Survey maps. Strange, but the old mining site will have been heavily restructured and levelled when made into the community park. Despite the meagre height at the summit the views to the surrounding land, mostly urban, were substantial. The first attraction to me was the view north-west to Leeds City Center. The skyline is much changed from that of forty years ago when I first came to the city. Modern skyscrapers and tower blocks have sprung up in Northern England;s premier financial center and the influence of money is startlingly clear. I had never seen such a clear view of the remarkable change until I set my foot on this reclaimed land summit at the heart of Rothwell Country Park. 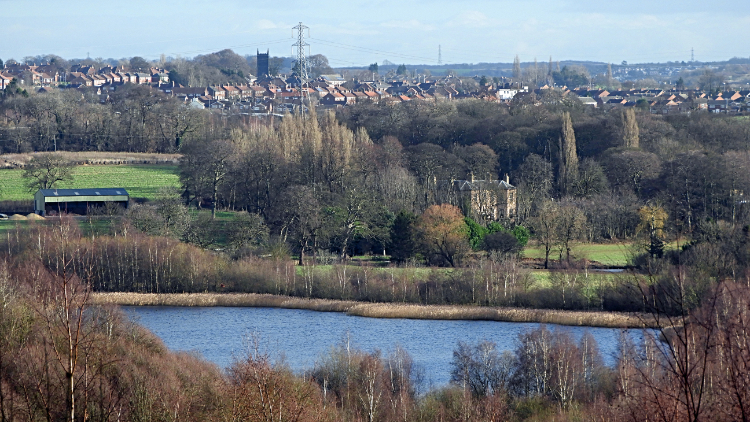 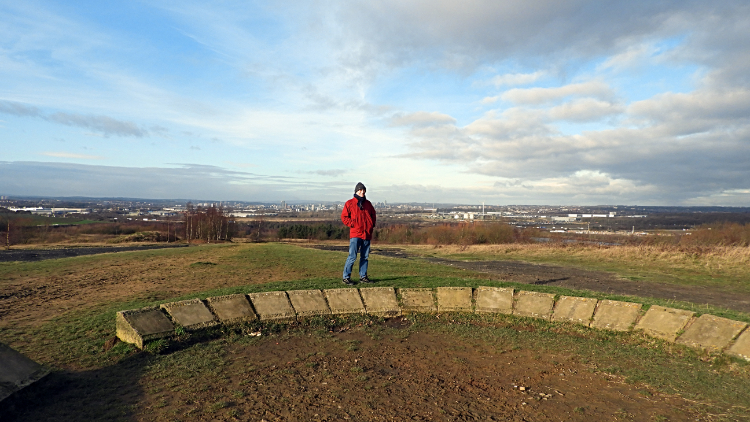 Stone circle at the summit

Swinging my head around ninety degrees to a view north-east the view could not be more different. Here I looked directly across the River Aire and the Sire and Calder Navigation canal to lagoons on the north side of the watercourses. Beyond the lagoons was Leventhorpe Hall and beyond that the rooftops of the village of Swillington. The village church stood above everything else. Reverting attention back to my standing ground, on the summit of the hill is a dressed stone circle. Another nice touch. The ground was black and brown within the circle. then I realised. I am on a spoil heap, not a natural hill at all. I later found this out 'The large hill that dominates the park is actually the spoil heap of the colliery and it still contains quite a proportion of waste coal, towards the top of the hill the soil is quite black and you can clearly see lumps of coal in it. It will take longer for nature to take over this ground because it is of poorer quality'. That explained it. 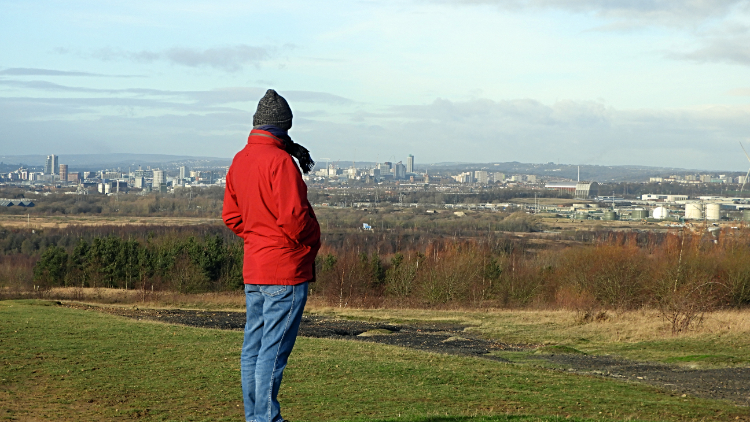 Looking across to south Leeds 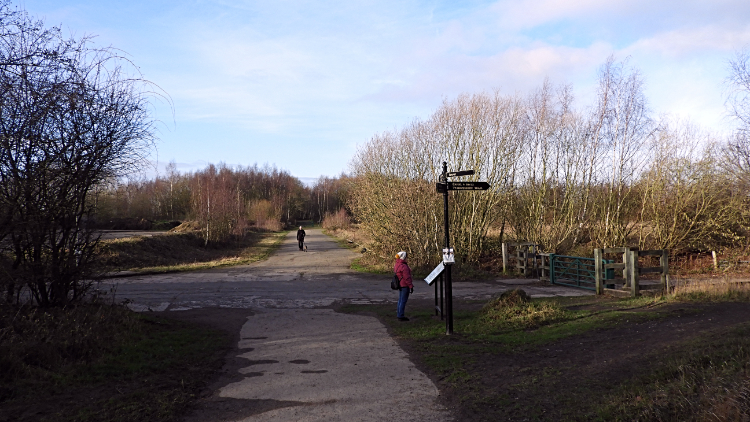 Where paths meet in the park

I turned to take another view of the scene, looking across to the new industries which have now replaced the black of mining in Stourton and Hunslet. It is a land of warehouses. And then a sweep back to the city and to the massive sewage works at Stourton. Then the walk was done, walking back down off the summit to the Pond Trail on the south side of the park, appropriately named as it took us past a series of around half a dozen ponds back to the entry point to the park. As it was January, the ponds were still but come in any other season than winter then the ponds will surely be bustling. Still, if you are stuck for a local walk in winter and this is local then it will be hard to beat. We loved it and we shall return for another walk here one Spring or Summer.