Wedgwood, Barlaston, Downs Bank and the Trent and Mersey Canal

258 Stoke on Trent & Newcastle under Lyme

Summary: Here is a great walk, especially if your other half has any interest in Wedgwood pottery. Start at the Wedgwood Visitor Centre Barlaston and follow a clockwise circular route to Barlaston Hall then across countryside to Downs Banks before returning to Barlaston for a short walk along the Trent and Mersey canal back to the starting point at the pottery. If the visitor centre is open enjoy refreshments to compliment your walk. 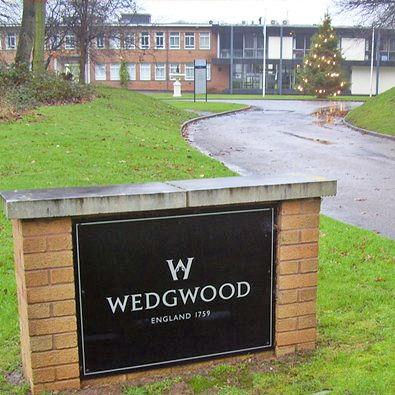 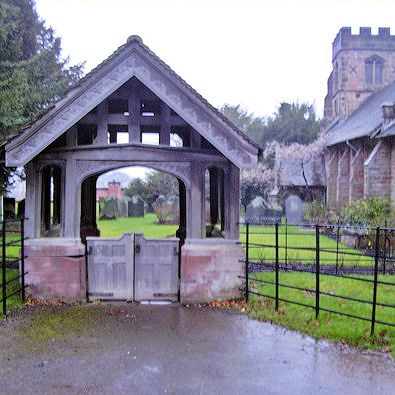 Start at the Wedgwood Visitor Centre Barlaston. You will notice that the footpath past the works has a lot of traffic so much so that there are traffic lights controlling the flow over the narrow canal bridge. 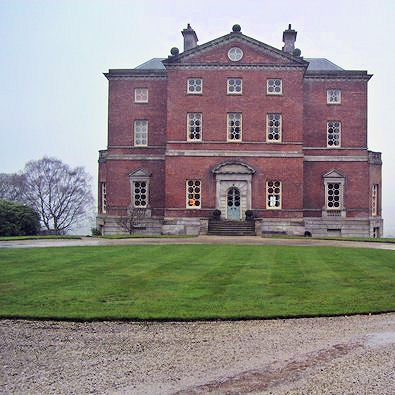 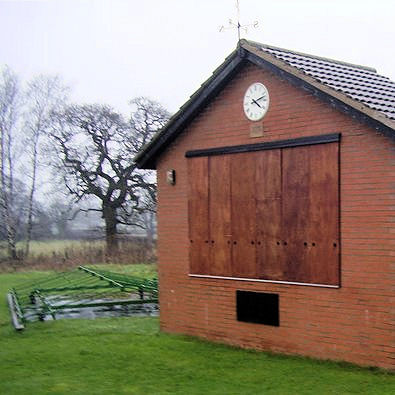 If the ground is muddy then you could take the road up to Barlaston Hall, but why avoid it here when there could be more to come. The church and hall have both suffered from mining subsidence from the now closed Hem Heath colliery, both were threatened with demolition, both were thankfully saved. The Hall now provides luxury accommodation for a lucky few, grounds not open to the public.

There is a good network of paths in and around Barlaston village I opted for footpaths and perhaps missed delights in the village but you can't be in two places at once. I was taken by the smart modern score box on the cricket ground, clearly a thriving club, the website lists ten active teams, wow! 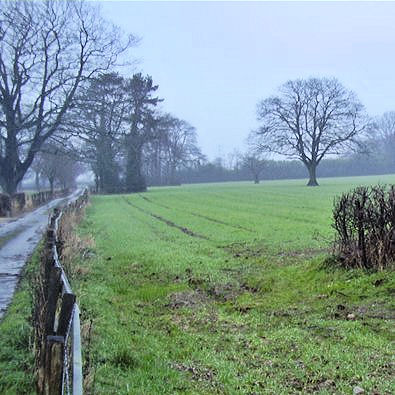 Landscape on a dull winter day 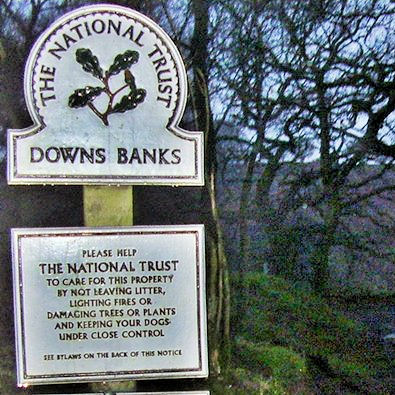 Downs Banks is a pleasant surprise

The paths were, with one exception, across pasture although it was very wet so still a bit muddy. I'd set off quite late on the penultimate day of 2011 and it was raining so taking pictures was a challenge.

There was fishing available down the track from Hooks Green but no sign of anglers today, they had more sense than me in such conditions. I was walking from my basic Garmin with no background mapping so Downs Banks came as a surprise and a very pleasant one. The name says it all rolling downs with bracken, sparse trees and short grass plus an abundant network of paths and tracks all well waymarked with National Trust signs. At sites such as this it can be difficult to locate the Definitive paths but the GPS guided me through, along a mix of definitive and permissive paths. The footpath dropping to Barlaston showed the popularity of this link, a good two metres had been worn away and compacted across a cropped field. Back on level ground Upper House comes into view lights blazing at all the windows, a hotel I later discover. 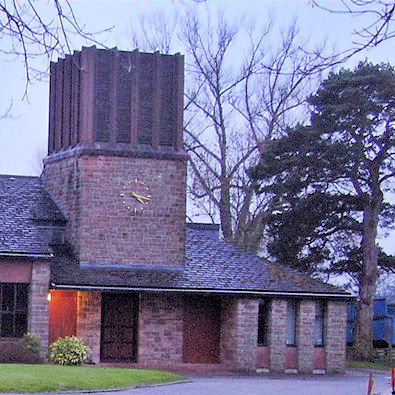 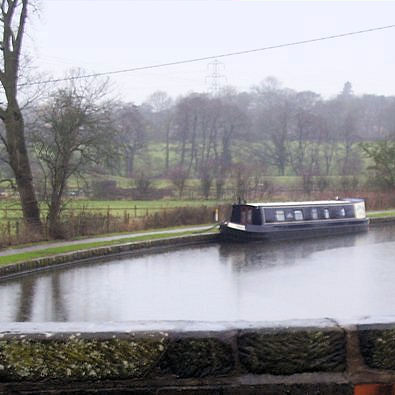 Narrowboat moored on the Trent and Mersey canal

I re-enter Barlaston at a soggy green and follow Station Road. Here the benefactor's influence returns, with the Wedgwood Memorial College, now controlled it would appear by Stoke on Trent City Council which is attempting to close it down (December 2011).

Going full circle I said that the church by the Hall was declared unsafe. So in 1984 a new church was opened and it's located here on Station Road, my guide book says it was funded by Wedgwood. Before returning back to the start along the canal towing path I was tempted by a hoarding to visit Big Boyz Toyz.........I gave it a miss.

A great walk even in the rain. I would certainly do it again and hope that the sun might shine on me next time.