Summary: Two rivers, an easy 8 mile walk along part of the Way for the Millennium, two pretty villages and on a summer's day narrow boats on the canal. 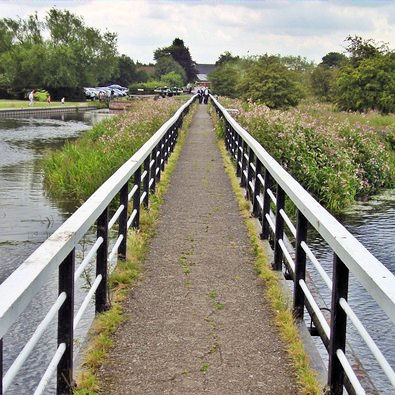 Towpath bridge over the Trent 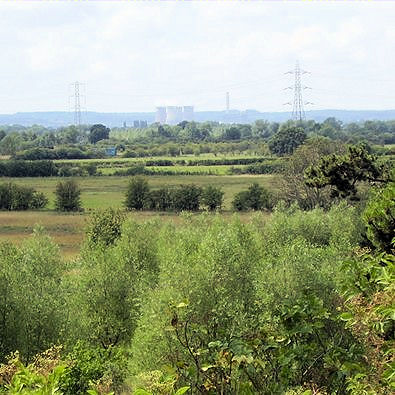 I started this walk in Staffordshire at Alrewas which is conveniently located at the side of the A38 between Burton on Trent and Lichfield. The village has many new houses but also plenty with old world charm especially around the church. There are three Inns plus other eateries including a Fish and Chip shop so no worries if this walk makes you ravenous.

The walk starts along a short section of the Trent and Mersey canal and passes a lock which lifts or lowers narrow boats from the river Trent to the canal proper, you may be lucky to see a boat pass through as this is a busy waterway in the summer months. After the lock you walk over the quarter mile bridge which carries the canal towpath, originally used by the horses towing the boats, over the meandering course of the river. It may not be possible to do this walk if the river is in flood. 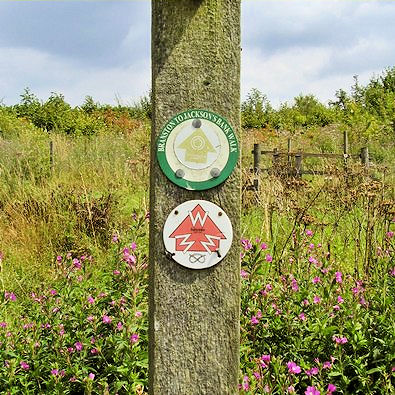 Waymarking for 'Walk for the Millennium' 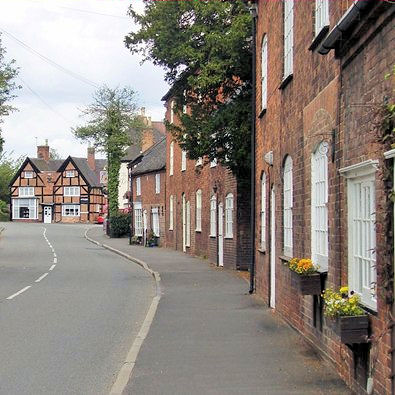 Our route joins the 'Way for the Millennium' which has come along the towpath from Burton and is designed for easy walking, using towpaths, old railway lines and footpaths to visit attractive countryside. We follow this route and the special waymarking to Yoxhall so there should be no excuse to get lost.

Passing through the access land at Potters Meadow we pass the confluence of the Rivers Trent and Swarbourn and it's the latter that we follow to Yoxhall. Wychnor Park Country Club and golf course offers attractive parkland for us to walk through passing down the private drive which is also a public footpath.

More access land at Swarbourn Meadow provides well mown paths if we stray a little from the line of the path shown on the map. Although we have not climbed significantly the views along the Trent valley are far reaching with the hills of Cannock Chase in the distance. A Buzzard swoops and mews overhead as I pass through on a warm but cloudy day in mid July.

The route is predominately across fields of grass making it very easy going then we join a track for the approach into Yoxall. Mysterious steps climb the bank on our right to a hill which again offers good views but you must return to the track to continue the journey. 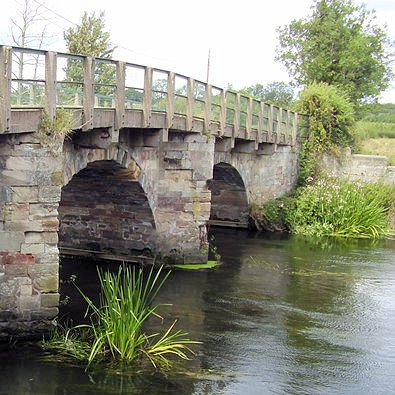 Yoxall Bridge over the river Trent 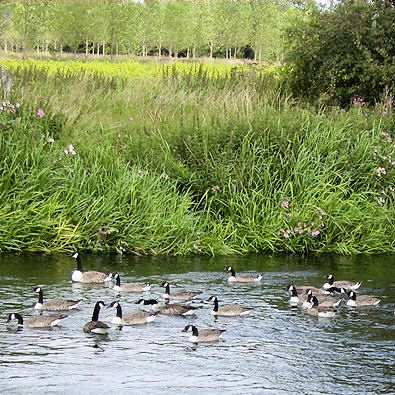 Canada Geese on the Trent

Entering the village we cross over the River Swarbourn to see little more than a stream. More attractive buildings, some timbered, some stone, so I suggest a loop here to take in the sights and perhaps refreshment at the Golden Cup opposite the church. Rejoin the 'Way for the Millennium' by the skate park as we exit the village.

This is part of the National Forest with more access land and a labyrinth of mown paths so take care to keep on track towards the old Yoxhall bridge which takes us over the River Trent alongside the new road bridge opened in 1998. 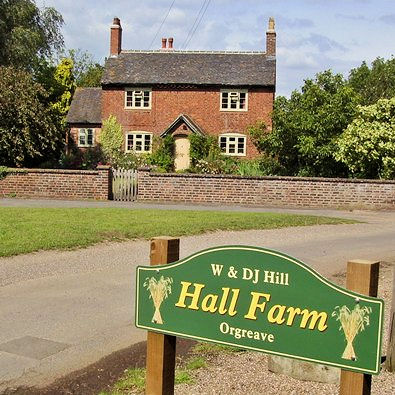 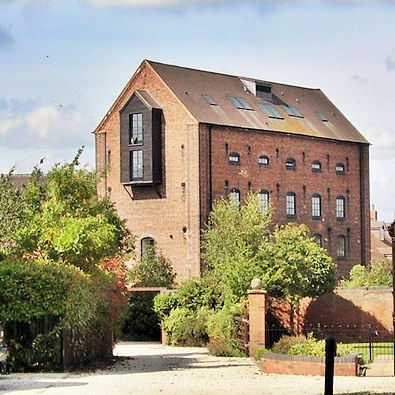 The old mill at Alrewas

Our return path takes us down the Trent valley, here the river is fresh and fast moving with green fronds of weed dancing in the current. A modern wind driven pump lifts water, presumably for irrigation of the surrounding fields for here we have a mix of pasture and arable fields to pass through.

There is a choice of routes but I suggest moving away from the river and passing through Orgreave. The path in front of the hall has been diverted from that shown on my map but the new route still offers a pleasant view down the drive to the facade of the minor stately pile before we move on for a close inspection of the National Grid Gas Compressor Station. Although now on a metalled road there is no traffic so it's easy walking and as the lane turns right a green lane ahead takes us back to Mill End Lane then Church Road.