Barton under Needwood and Dunstall

Summary: This walk beginning in the small town of Barton under Needwood has a bit of a rough start but it is worth the effort climbing out of the Trent Valley to the estate village of Dunstall and into the National Forest for the return journey. 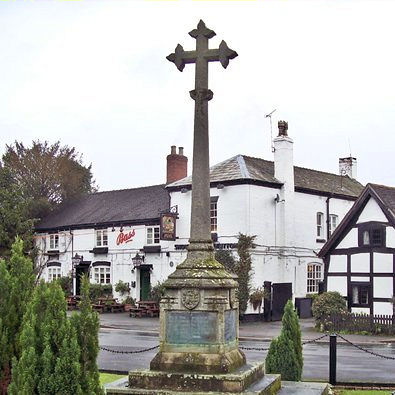 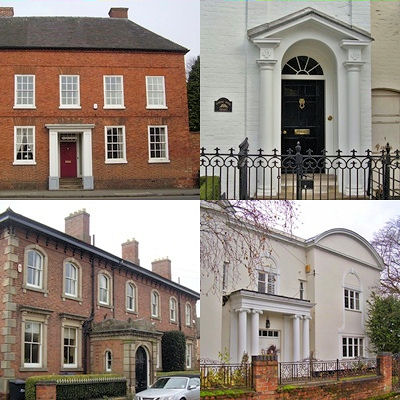 Barton under Needwood has some impressive houses

A friend of mine used to say about the Craft Fairs he attended "You have to do a bad one to appreciate a good one". Not all footpaths are in good condition but occasionally to make a circular walk and explore a point of interest, you have to include a bad bit of path. We'll get it over and done with at the start so that by the end of this otherwise pleasant walk, you will have forgotten about the problems.

I had planned a ten mile walk to Tatenhill for a group I walk with. Improbably one regular participant said she was doing much the same walk with another group only a few days later. So for a variety of reasons I was left waiting at the start point alone. The one good thing was that I could amend the walk down to six miles and be back home for lunch.

I have recently discovered Barton under Needwood and rather like the village which has more of an old town feel rather than a village. I don't have an explanation but there are a lot of old grand houses here lining the main street, there was clearly money made by the men (yes it would be men) who lived or chose to live here in years gone by. The village has grown with lots of new houses but these are on the edges and can be avoided. There are more inns than I care to mention plus an Olympic standard bike shop and the usual essentials for sandwiches or sit down coffee. 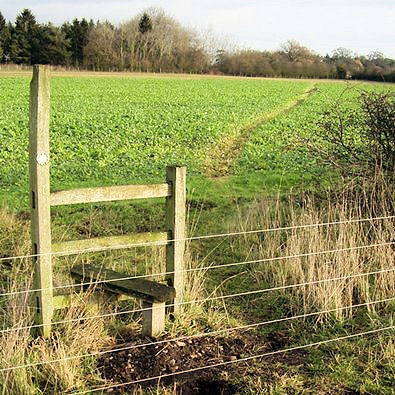 This is a footpath! 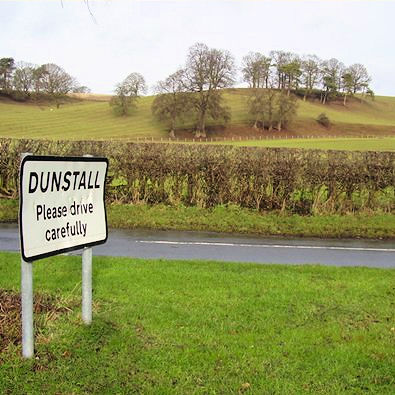 Our exit path looks like it once crossed the school site so we are initially required to circumnavigate the perimeter fence. This has resulted in an anomaly where we rejoin the original path because the obvious route is to continue to the lane where a stile has conveniently been provided. To follow the correct route is across a cropped field where a neglected stile will assist an exit onto the same track.

Across the fields from Small Meadows the path had been marked out but was not on the Definitive line so I headed off across the young oil seed rape plants until I met a poorly cleared path which had later left the headland margin to take a more direct cross field route to the stile. Yes there was a stile but right across it was a tall five wire electric fence. Has this farmer not heard of Health and Safety and duty of care? How could he possibly use the excuse that he did not know there was a path there? I am all for knowing the source of my food because this is one farmer I would boycott.

Another fire wire fence divides the next field then things get a bit easier, well after crossing the quarry road which on my visit was a lagoon of black slurry. Fortunately with a firm base but I placed each foot with care as I expected to suddenly sink ankle or knee deep into the quagmire. I followed the diverted route through Black Meadow Wood and around Greenlane Plantation. 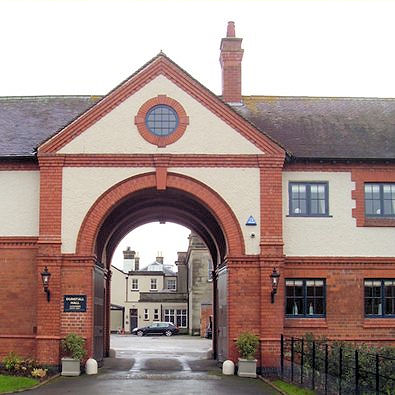 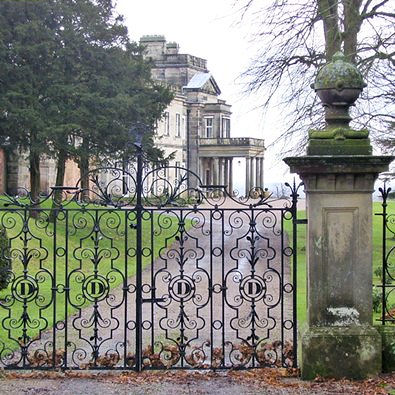 I avoided bit of road walking into Dunstall across a pleasant bit of The Park taking care to keep to the path which was not the most direct route. The final section of road up to the village was quiet and offered an improving view both of the hall and to my left across the Trent valley. As you might expect the Hall remains aloof but the farm and stables are attractive and on full view. I was tempted to take a closer look as a business had a showroom in the stable yard, but I would find it difficult to appear interested in soft furnishings so I viewed from the road.

I put in a loop which can be missed by taking the road past the church. As I climbed towards Sprinks Barn Farm the view returned over the rooftop of the hall and across the Trent valley. A view that until 2006 would have been dominated by Drakelow power stations A, B & C, which had dominated the landscape since the first opened in 1955. In 1964 this was the largest electricity generation site in Europe. Now all gone. 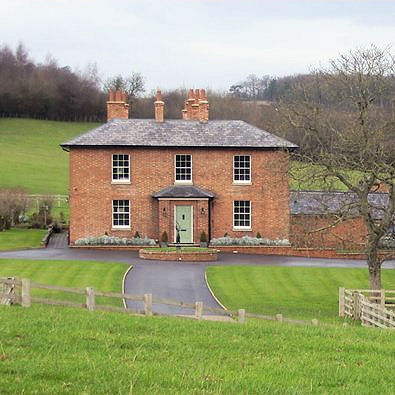 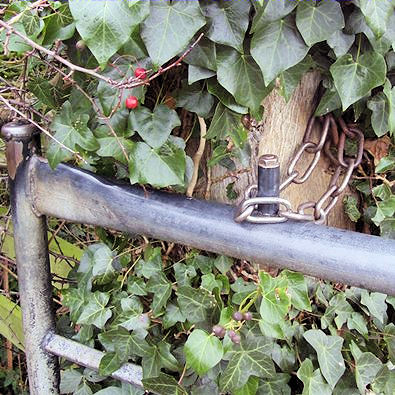 Evidence of a well used path

I had already seen two other walkers and now two more approached me but spotting it just in time I turned off the bridleway taking a link footpath to start on the return leg of the walk. I had an image in my mind for 'Old Hall' it was wrong but not disappointing. The extensive outbuildings now house the Dunstall Estate Office and have been smartly restored, including a fine double fronted farm house that may or may not have been the old hall?

Another climb across rolling pasture to Smith Hills, access land and part of the National Forest. Approaching Barton the dog walkers are out and the final gate held closed by a bright polished chain offers evidence, if any is needed, that this path is very well used, unlike the one we departed along.

PS: I reported the electric fencing at the start of this walk to Staffordshire County Council, their reply was: I am afraid farmers do occasionally block access to rights of way in trying to manage their land. Highways Act 1980 legislation enables us to take action against farmers who deliberately obstruct public rights of way and I shall address this directly with the landowner.