Summary: This walk explores the villages of Oasby, Heydour, Kelby, Culverthorpe Park and Aisby in Lincolnshire and the maze of fields between them. Join Ken on his journey of exploration as he manages to follow the definite paths and manageable deviations.

The Walk: As Ken describes it himself: With little more than a church, farm and former school Heydour is not a top destination for walking but it has a decent network of paths to make a very pleasant 6 mile walk on the edge of the flat Lincolnshire fens. Please note sections of route not on definitive line. This is the actual path available to walk. 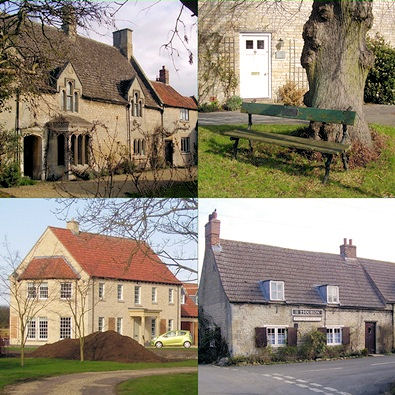 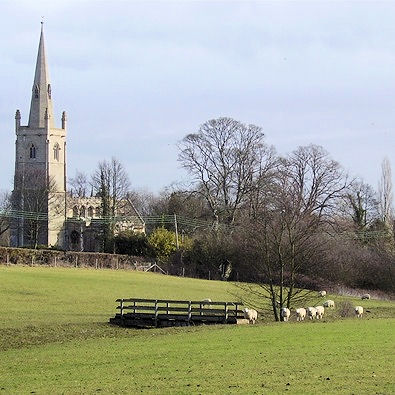 The Midland's are not brimming with stunning natural countryside. It's all been shaped by man, sometimes for the better and often to the detriment of those who seek beauty. I spend hours scanning the maps looking for and planning an inviting walk. If the area is unknown then the proof is in the walking, what looks interesting on the map can occasionally be a let down on the ground.

Lincolnshire is not my favourite walking county but it's close to home so I take another look and spot a good coverage of paths around Heydour, BUT there is a potential problem. There are many dead end paths in the county and there could be two on this walk, so I don my boots and explore.

Starting from the village of Oasby I park on the verge of the fairly busy east - west road. Taking a turn around the village I found what I hoped for, some interesting buildings because the countryside will be fairly lacklustre. There is also the Houblon Arms, open 12-3 today according to the board, just right for my return. Passing the seat given to commemorate the Silver Jubilee of King George V in 1935 I admire how well the seat has lasted compared with the sad looking bus shelter erected to mark the Coronation of Elizabeth II in 1953. The path enters a paddock through the muck heap, not a good start, perhaps I should offer to clear the path and feed my roses? 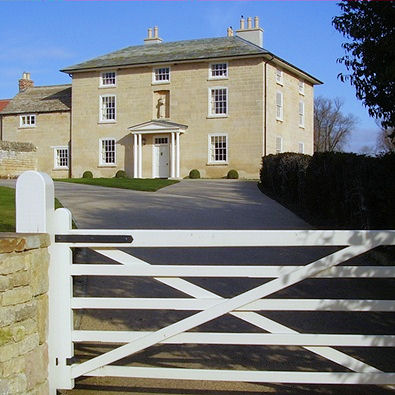 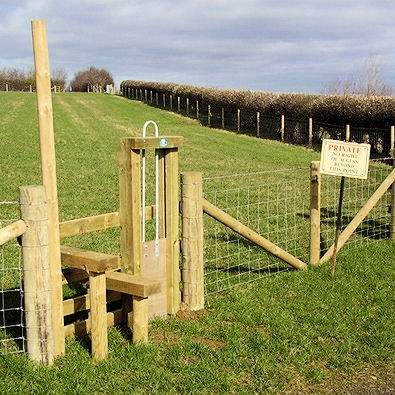 The stiles, bridges and waymarks are in good order throughout the walk and some of the cropped fields have the path defined on the ground. The spire of Heydour church guides us across these fields to the tiny village with church, farm and former school but little else. The ring and bailey shown on the map has no public access and there's nothing for me, a layman, to see from the road so my loop along the village street was wasted.

I don't usually like fenced in paths but this headland is level and wide so no complaints here and good views back across the extended garden of Heydour Farm House. Half way to Kelby we touch a seventy five metre contour, so what? From here I should be able to see Boston Stump and the Wash and as they say in these parts, from here it's pretty flat until you get to the Ural mountains. I could also see a plume of white cloud emitted from a power station, perhaps West Burton near Gainsborough thirty miles away. 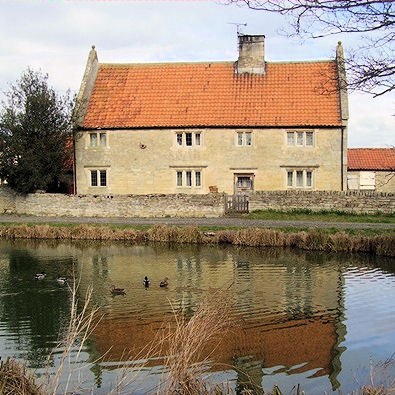 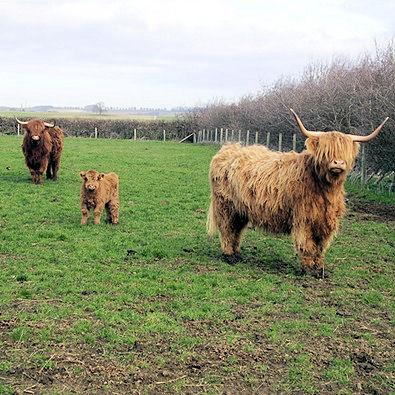 The path approaching Kelby has been diverted and joins the path we use to exit so if you want to look at the village there is a short backtrack required. I would recommend nosing onto the street where the village pond was cleaned out in 2009 and still looks pleasant and is overlooked by Kate's Cottage, a Listed 17th century house.

There were skylarks singing, buzzards mewing and others birds making their Spring mating calls. The sun was shining more than the forecast had suggested and I was in high spirits but the best was yet to come. I do like paths that take me to places out of bounds for those unwilling to take more than twenty paces from their car. 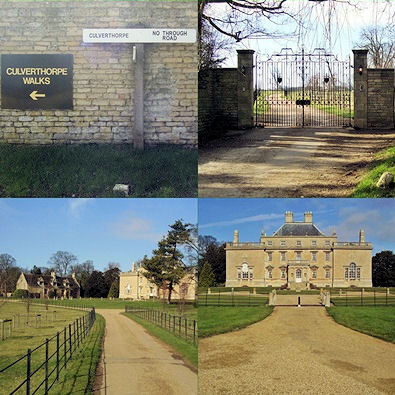 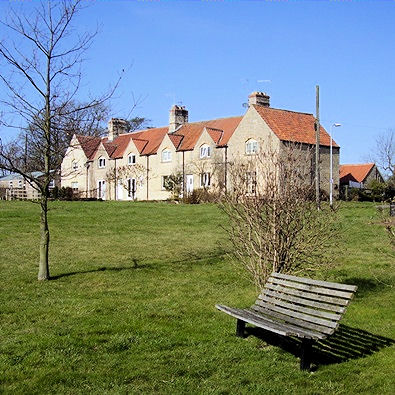 Approaching Culverthorpe I pass the Temple among the trees which offers a taste of things to come. At the road junction a large sign on the side of a building pointed left to 'Culverthorpe Walks'. I turned right apprehensively along a signed 'No Through Road'. This was uncertain territory - a bridleway and footpath both met a track with no indication of public access, would my route be barred? The impressive iron gates of the Hall stood closed across the track ahead.

In the shadow of the surrounding trees was a sign which asked that I "respect the privacy of the hall ..........and ........follow the tarmac path". This I was happy to do so I passed through the hand gate and walked down the drive to Culverthorpe Hall. What a beautiful sight sitting in the sunshine flanked by two other buildings which look like almshouses. These are in fact on the left, the stables and on the right the garages, both well disguised.

The remainder of the walk is an anticlimax but the sun continued to shine and the paths were easy to follow. Nothing much grabbed me in Aisby except the Millennium Green which gave the village a very open and spacious feel. The final mile across Cow Common had no sign of cows only horses having used the footpath, never mind the ground had not been turned to mud.

I was back at the car by 11.50am just in time to remove my boots then sample a pint at opening time before the journey home. The door was open and two workmen were busy but they reported there were no staff to serve me. Shame!