Summary: This rural Nottinghamshire walk begins in the village of Lowdham in the Newark and Sherwood district of the county. The walk heads north west to Epperstone and then east to Thistly Coppice before returning to Lowdham in peaceful country so close to the conurbation of Nottingham. 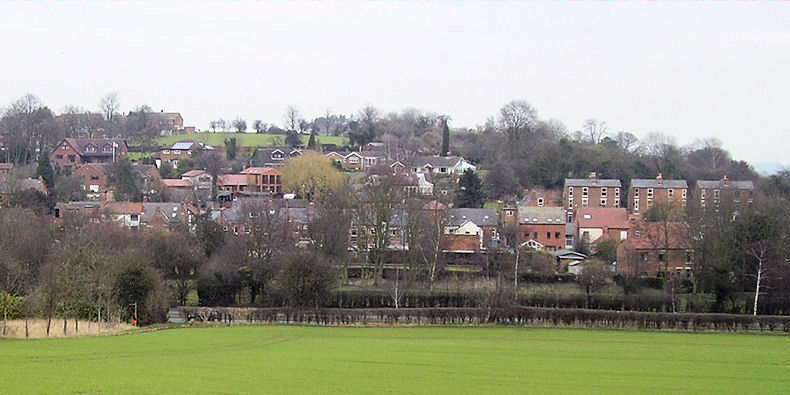 View over Lowdham from Worlds End

Foolishly I thought I had 'done' all the paths close to home. Perhaps because in the past I have been looking for longer walks. Now planning such a walk new paths come into play. I started at Lowdham served by both bus and train from Nottingham or on street parking is available near the Magna Carta.

Lowdham is a village of two halves, stretched and split. Originally centered around the church but dragged towards the railway from 1840 onwards then split in the 1920's with the building of the bypass. All the main roads we walk along or cross today have pavements so no worries about traffic but there is a section of narrow hedged bridleway where I wouldn't be keen on meeting a horse.

Leaving the traffic behind I move from the railway part of the village passing an area known as Worlds End with a wonderful view into and across the Trent valley. I liked the disused street lamp on the corner of the house, a mosaic of mirror glass used to direct light downwards. The Lambley road is torturous for drivers but here on the pavement I have time to take in the surroundings amid the cars and vans negotiating the tight bends through the village. 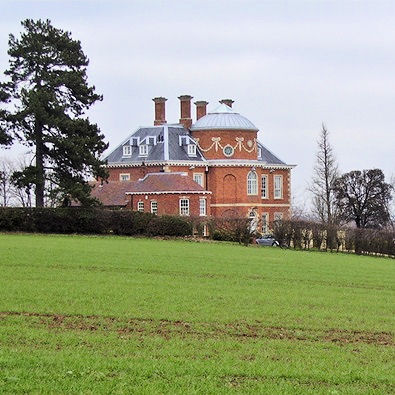 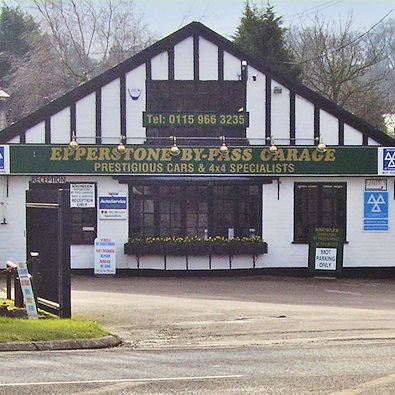 The Old Hall, a private residence, looks nothing special from the outside but a 1908 report from the Thoroton Society indicates lots of historical features from the 16th century. Today cement render hides any external interest. The Churchyard with spots of snowdrops sits alongside the Cocker Beck which does not enter the Dover but turns and makes a direct connection with the Trent near Gunthorpe bridge.

The impressive mansion standing on the brow of Eliment Hill may not have an architectural style to suit all tastes but it does make it's presence felt and stands on the site of a home that was once made of old railway carriages, if I recall correctly two, standing side by side and two on top. This for me, as a railway buff, was equally eye catching.

Make the best of this vantage point before dropping back down into the valley. To our left among the trees is Lowdham Grange, once a young offenders establishment, now an adult prison. I recall with horror a visit inside when working as an adviser for the Citizens Advice Bureau. Doors unlocked and locked after me as I moved further into the building.

Although there is some road walking along the adjacent footway (pavement), here it's not busy, being the old road bypassed in 1925 when Gunthorpe new bridge was built. This carries the improved road linking the A1 and A46 to provide a direct route to Leicester avoiding Newark. The choice of accommodation at the turn is extreme, Lowdham Grange Prison or Springfield Hotel.

A safe crossing of the road with a central reservation but before heading into Epperstone take a look at 'Epperstone By-Pass Garage'. Buildings such as this were quickly constructed by the War Agricultural Committee (War Ag). They were used to supply and maintain farm machinery to increase food production during the last war. Conveniently located these large buildings became Farm merchants or garages when the war ended. 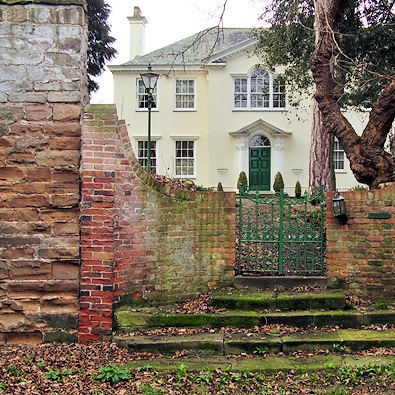 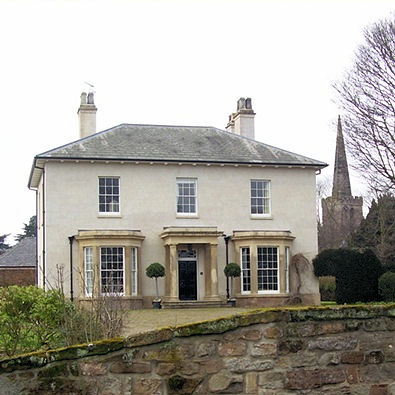 The footpath to Epperstone takes me across the water meadow of the Dover Beck. Meandering, willow lined depressions criss cross the meadow but they appear to have stood dry for decades. An old slab of stone suggests a once boggy approach to a stile and a substantial concrete footbridge stands redundant.

The village is very pleasant with large old houses in abundance vying for their position in the pecking order on the social ladder. A faded Conservative Association noticeboard clings to the crumbling wall of the Manor next to the red telephone box for which the parish council seek a new use. Nottinghamshire Police once had a training centre here but I suspect this is the site opposite the church now being offered as luxury homes. 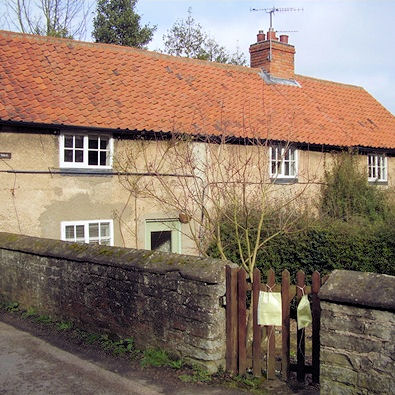 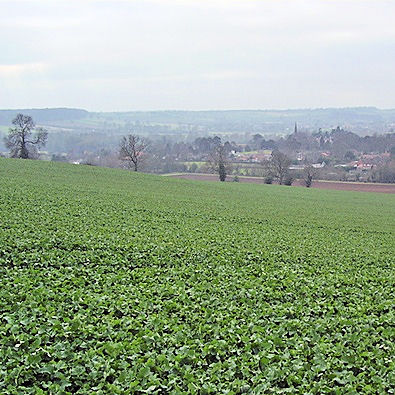 View over the Dover Beck and Epperstone

You may wish to stroll and explore off route here so when you are ready to press on head for the church. Our route leaves along Chapel Lane where Orchard Cottage awaits gentrification, subject to planning. Climbing to the higher ground offers views first to the south and later to the north. The paths are all on grass headlands making this an easy walk, no pushing through crops here. I am not sure if it's safe to proceed if the red flag is flying as the sign is misleading in the same vein as a warning for 'low flying aircraft' but there's no red flag today, so all is safe. 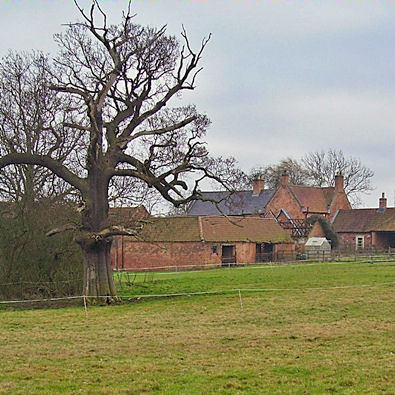 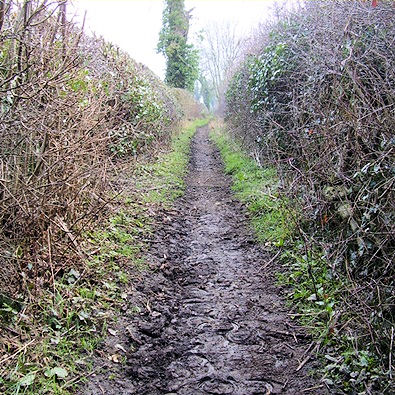 The Definitive paths force me to make a tedious backtrack but I spot a track that cuts the corner, it looks well used but I couln't possibly encourage you to trespass. It was pleasantly quiet in the area on the midweek day of my visit in late February. Not stunning landscape but pleasant and varied and very open for the most part, on a windy day I guess you would know about it up here.

Dropping back down to Lowdham I was a touch apprehensive - the bridleway looks well used but is very narrow and there is little if any opportunity to stand well clear should you need to pass a horse. If you have a fear of horses this may not be a walk for you, although you could be lucky like me and have the path to yourself. 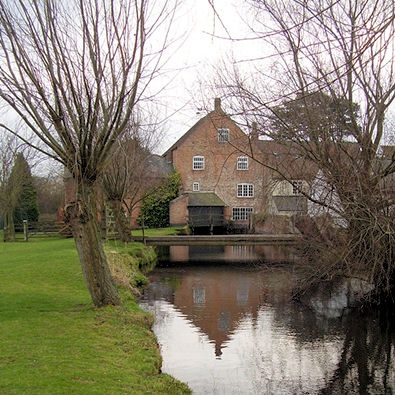 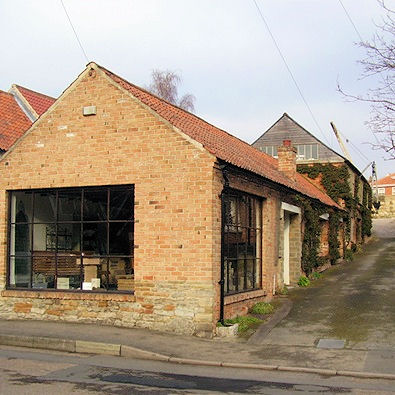 It is well worth pressing on because the final mile has a delight. Lowdham Mill sits astride the clear waters of the Dover Beck in a pretty setting. As I approach, the mill stream is lined by pollarded willows and the excess water cascades over a weir. The front is equally charming but I'll leave you to discover that for yourself. The clear fresh waters of the Dover Beck were once used to grow watercress.

Finally a walk down the old main street of Lowdham, a village I found more artisan than Epperstone. Some terraced houses of city style, shops and a delightful stonemason's yard. Not a walk to travel miles for but it's close to Nottingham and well worth exploring as a half day excursion.