Summary: I had been invited to lead a group walk, well it's arm twisting really, but they do it so nicely it hardly hurts.

The Leicestershire Footpath Association (LFA) was formed in 1886 and is the oldest walking group in the country, despite the claims of others. They meet at 10am each Saturday at the church of the stated village. Today it was Nether Broughton, near Melton Mowbray, famous for Pork Pies, Stilton cheese and Fox Hunting. 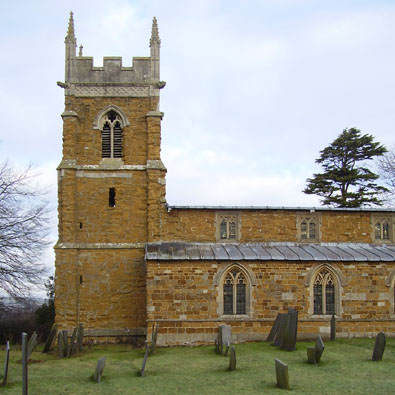 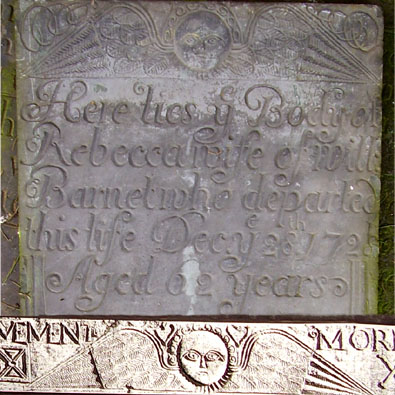 The church on the edge of the village is easy to locate on the Ordnance Survey map and there is limited parking available so it's a good place to begin. It was a small but dedicated group that followed as we looped around some of the village paths before striking out into the surrounding countryside. The LFA is not just a walking group, it was started to preserve the paths, long before the protection now offered by the Definitive Map.

Around the village there are nine attractive signs with lots of local heritage information so you may wish to locate them all during this ramble. Number one is by the church gate. This tells us about the 'Belvoir Angel' tombstones many of which are now sadly neglected in a pile behind the crumbling ironstone church. 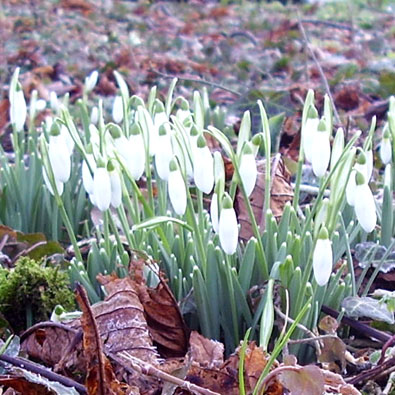 Snowdrops in the churchyard 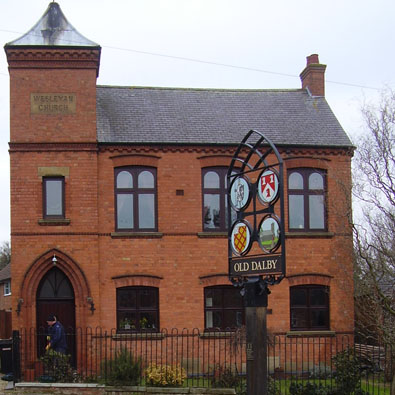 The former chapel in Old Dalby

Leaving the village we head south where ahead of us is an escarpment that ends to the northeast at Belvoir Castle. The climb to Marriott's Spinney got our hearts working and our bodies warm or too warm on a day when hat and gloves were required. So it was good to pause and turn around to study the view northwards. Not the most attractive, to our left the former Army Base Repair Organisation site built early in the Second World War as a large army vehicle depot. With the formation of the Royal Electrical & Mechanical Engineers (REME) Old Dalby then evolved into building, maintaining and repairing vehicles, machinery and equipment. The site closed in 1998 and is now a business park. 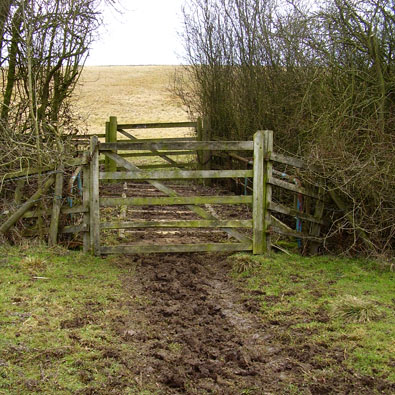 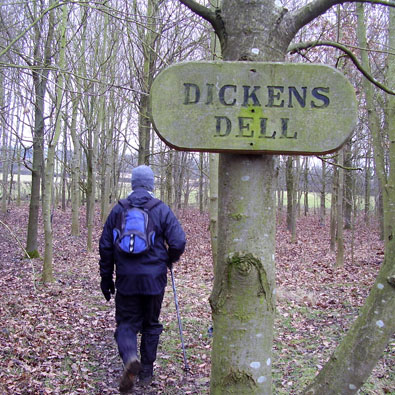 Beyond the garish roof covering of the large sheds stands Upper Broughton in Nottinghamshire and to the right our start point in Leicestershire. The small estate of houses that we walked alongside is Queensway formerly the married quarters for the MOD site. A popular watering hole for my companions is The Belvoir Brewery just 500 metres along Old Dalby Lane so it was difficult to keep the group on the right track as we passed close by.

We paused for a coffee stop in Marriott's Spinney before dropping back down to Old Dalby village. On the way our path crosses the top of a railway tunnel. The line is now used to test new rolling stock, currently you shouldn't be surprised to see a London Transport train pass by. In 1984 this was also the site of an accident when a passenger train smashed into a flask carrying nuclear material. Fortunately this was a test to satisfy the engineers and the public that it was safe to transport spent nuclear fuel by rail. 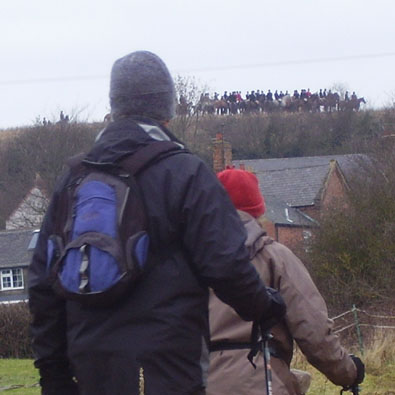 Looking up at a stalled hunt 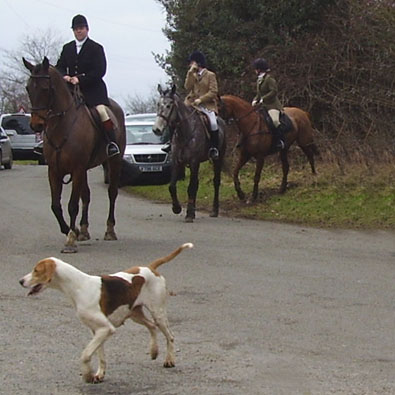 Searching for the scent

Long gone are the days when the Crown Inn had a six day licence, it's now part of the Castle Rock micro brewery chain, if micro is still appropriate for this expanding business. Taking the track up from The Crown there is a seat, nice on a summer day to look over the village, then just a brief encounter with the Midshires Way to take in more views before we drop down for a fairly level walk through a mix of arable, pasture and woodland to Upper Broughton. As we neared the village the sound of a hunting horn and hounds attracted our attention to the northern horizon. As usual they appeared to have lost the scent but a large group of riders was a change from the lost souls frequently encountered on these occasions.

Brian suggested another village loop which took in the church and passed the pub. Well it should have passed, but I was presented with a mutiny so we went in, that's what happens with committee members and the President on your walk. It was a short section and down hill from Upper to Nether passing to the rear of the former joint school on the way. Opposite Mill House we turned into Heckadeck Lane where another board offers more about the location before we made our way back to the church. 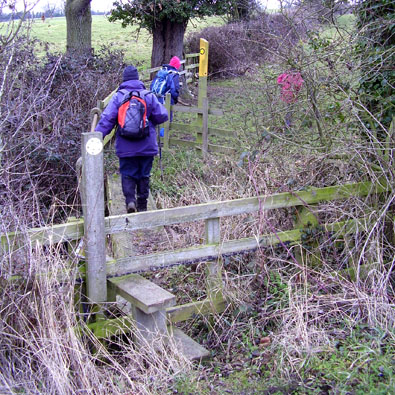 County boundary of Nottinghamshire and Leicestershire 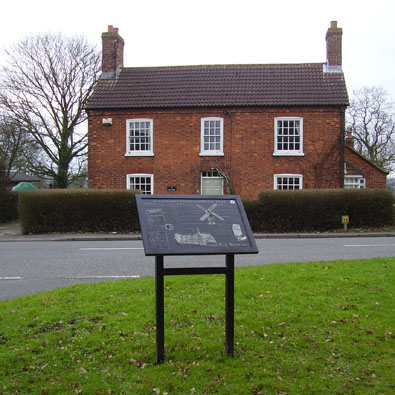 Nether Broughton is proud of its heritage

The following from a regular mid-week walker with the LFA sums up the ethos of our group in verse.

The pub is near, the pace picks up
The first is at the bar
Those nursing aches and pains
Still wilting by their car

Another day, another walk
Another meal and booze
Another happy wander home
A cup of tea and snooze

The poem is published with the permission of the author Neil.