Summary: This is a straightforward walk following signposted tracks around the Holy Island with great Northumberland coastal views including the Farne Islands and Bamburgh Castle. Enjoy it at your leisure. 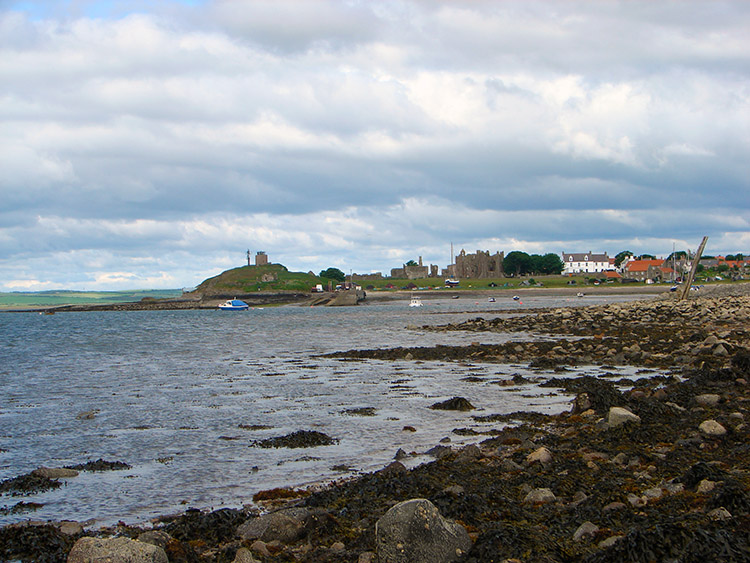 The southern shoreline of Holy Island 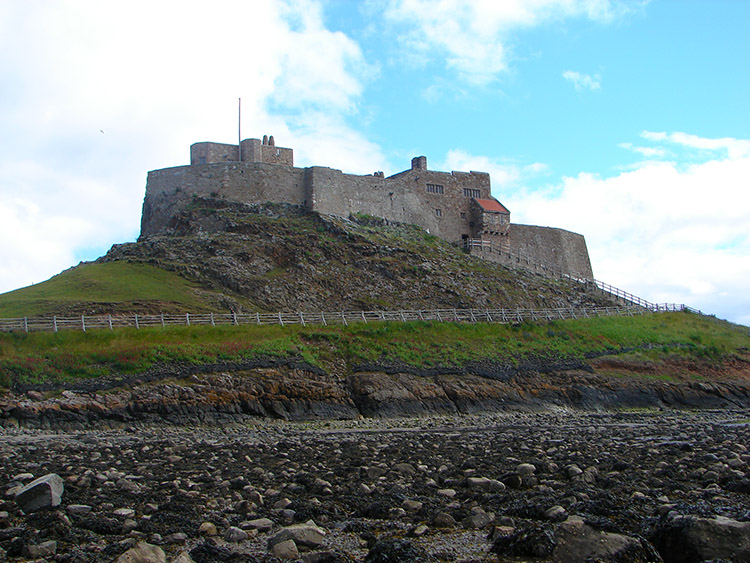 While passing after a working visit to Torness Nuclear Station in South East Scotland I thought I would brush off the cobwebs (and any contaminants I may have picked up!) by taking a fresh walk around Holy Island. I had never visited before so a walk around the revered island would just be the ticket. 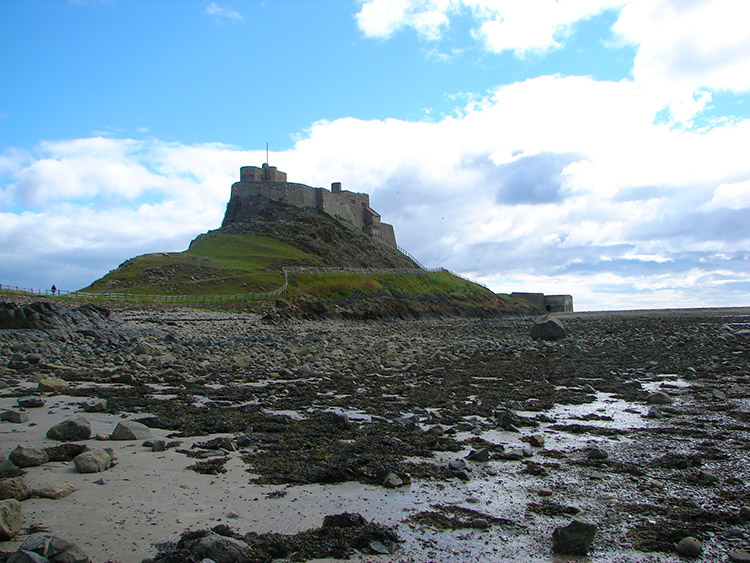 View of the castle from the beach 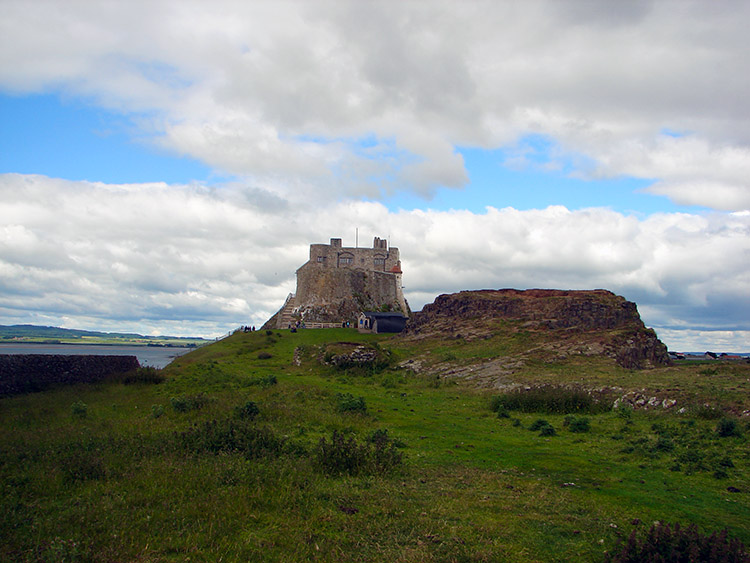 I set off from the village and actually walked away from the tourist hot spots by walking north towards Castlehead Rocks before turning east and then south to approach Castle Point and then approach the castle from the east. Only when I got close to the castle and on the shoreline did I see other people. And only when I resumed the track did I come into contact with crowds, tourists from UK and abroad. lots of them. I soon lost them again though by tracking across grass and a track to the harbour point which allowed me a high vantage point to look down on the priory. 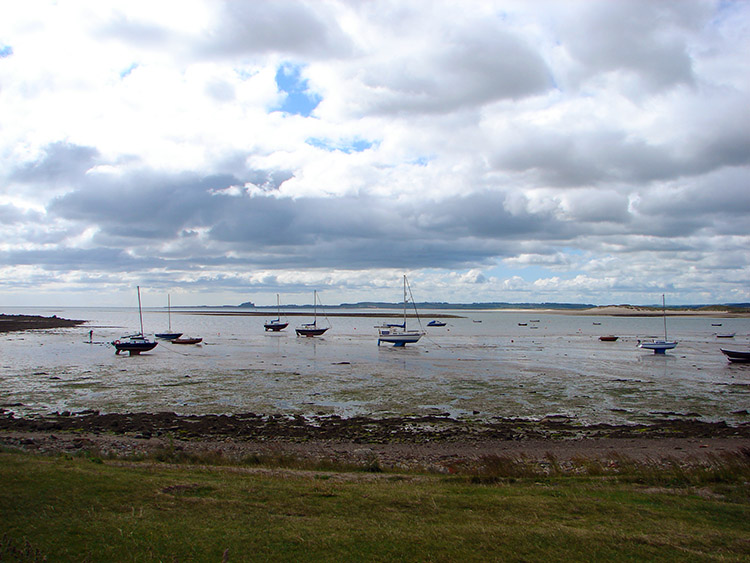 The Harbour on Holy Island 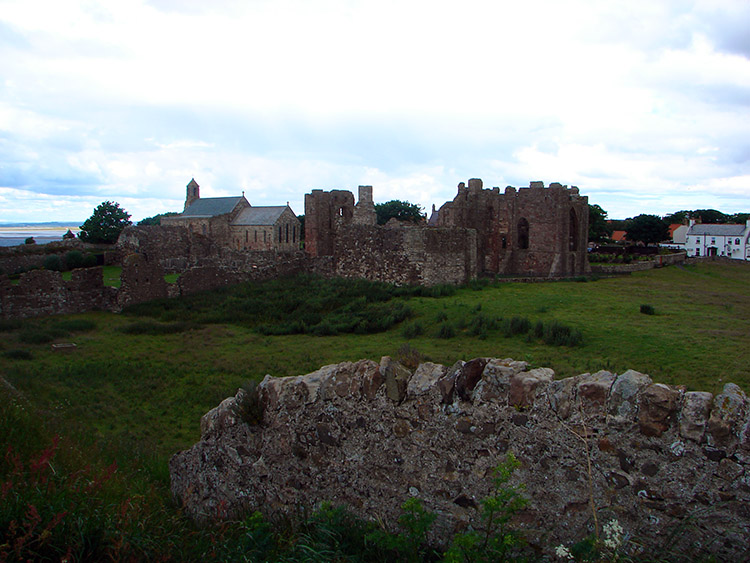 The Priory on Holy Island

About Lindisfarne: The name Lindisfarne derives from Farne meaning "retreat" and Lindis, a small tidal river adjacent to the island. The monastery of Lindisfarne was founded by Irish born Saint Aidan, who had been sent from Iona off the west coast of Scotland to Northumbria at the request of King Oswald around AD 635. It became the base for Christian evangelising in the North of England and also sent a successful mission to Mercia. Monks from the community of Iona settled on the island. Northumberland's patron saint, Saint Cuthbert, was a monk and later Abbot of the monastery, and his miracles and life are recorded by the Venerable Bede. Cuthbert later became Bishop of Lindisfarne. In A.D. 793 (796 per some authorities), a Viking raid on Lindisfarne caused much consternation throughout the Christian west, and is now often taken as the beginning of the Viking Age. Eventually the monks fled the island (taking with them the body of St Cuthbert, which is now buried at the Cathedral in Durham). The bishopric was transferred to Durham in AD 1000. The Lindisfarne Gospels now reside in the British Library in London, somewhat to the annoyance of some Northumbrians. The priory was re-established in Norman times as a Benedictine house and continued until its suppression in 1536 under Henry VIII. (Source: Wikipedia) 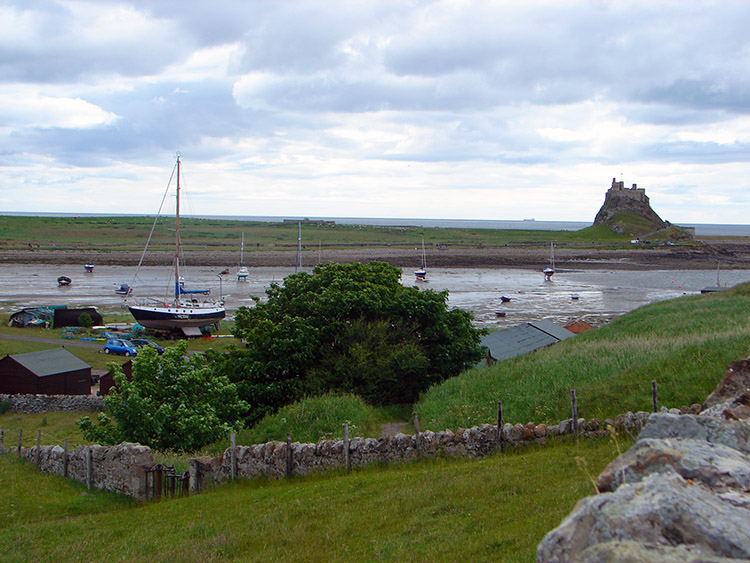 View to Holy Island Castle from the village 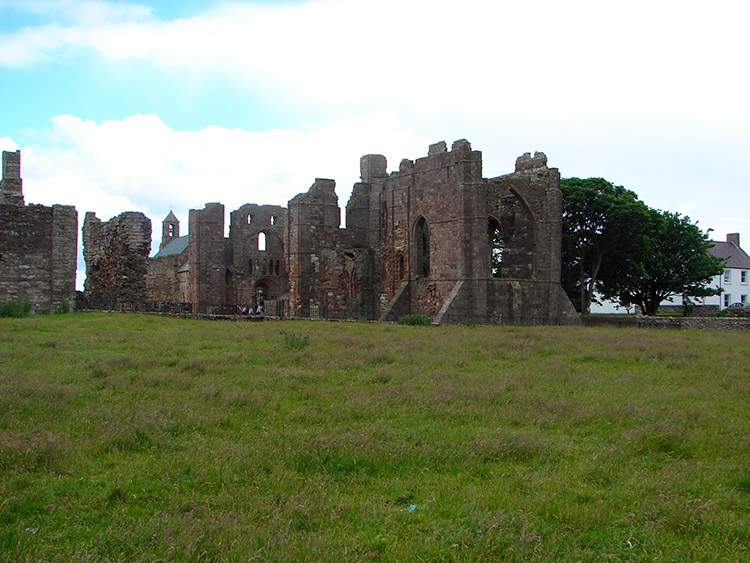 After overlooking the priory I dropped down to level with the ruined buildings and then back to my start point and then to the car. I thought about a glass of Lindisfarne Wine and then thought tea would be better for keeping my concentration on the way home. Tea it was to cap off a nice walk around the famous island of Lindisfarne.