Summary: The Newton Tors form the western rim of the Great Moor which runs from the market town of Wooler into the Cheviot Hills. They look down on the College Valley. The summit at 537 metres classifies it as a Marilyn. Three separate outliers are known as Easter Tor, Wester Tor and Hare Law.

The Walk: The College Valley is a private estate of some 12,000 acres. It includes the summit of the Cheviot as well as many miles of border fence along the Scottish border. Quite a few long distance paths meet here including the Pennine, St Cuthbert’s and the Ravenber Ways. There is a small car park just past the village of Hethpool and it is here that we park, beyond this point you need to have paid the £10 fee for a daily access permit for your car. Walkers of course can go free. Before you start walking take a moment to look at the field across from the car park. You can hopefully just make out the remaining stones from a very large Neolithic stone circle. On the first Sunday of August you will find the local fete here and as far as I know this is the only fete to be held amongst memories of such ancient times. Walk back towards Hethpool and pass the Arts and Crafts cottages on your left. These were built in the early 20th century and are well known for their design. Soon you will come to a cattle grid and gate on your right. Turn onto the track which leads down to the river. You are now walking along St Cuthbert’s Way and the signposts will become more frequent. 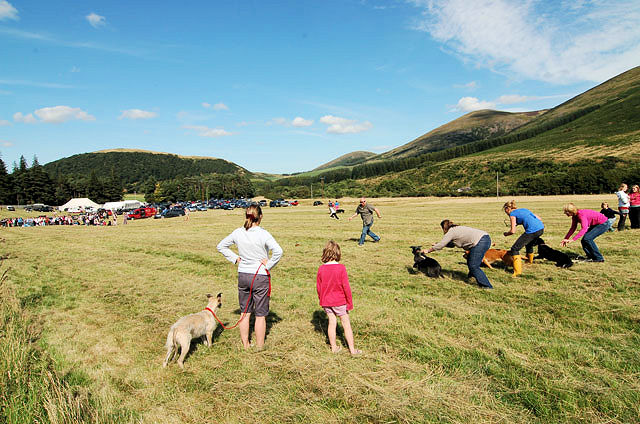 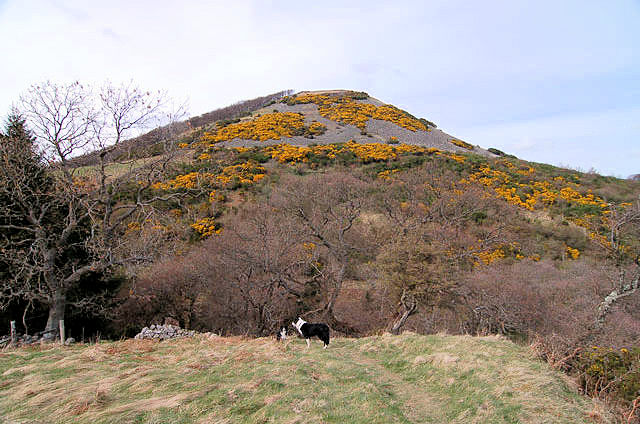 Look to your left where you can see Hethpool house. This was substantially rebuilt by Sir Arthur Munro Sutherland in the early 20th century. He was one of the last of a long line of North East business men who made their fortunes from shipping and mining. You might also hear dogs barking and these will probably be the younger hounds from the local hunt. When you cross the bridge have a close look to see how strong floods have bent the bridge. Take the path to your left and then stop to look right and up the Valley. You should be able to see Hethpool Mill. It is now a holiday house but there has been a mill house here for at least 500 years. We have attached a picture of the Mill as painted by local artist Joe Hush. The path now takes you through what was once a conifer plantation. The policies of the 20th century governments encouraged these plantations. Fortunately current thinking has now changed and money is going towards supporting eco diversity and better conservation. Cross over a stile and step carefully across a rather muddy section. Look to your left and you can see “The Bell”. Part of the hill is covered with small oak trees planted by Admiral Collingwood after the Battle of Trafalgar. He worried about a time when England might not have enough wood for its ships. As it turned out the ground was too poor to support large trees and then along came steam power and iron hulls. 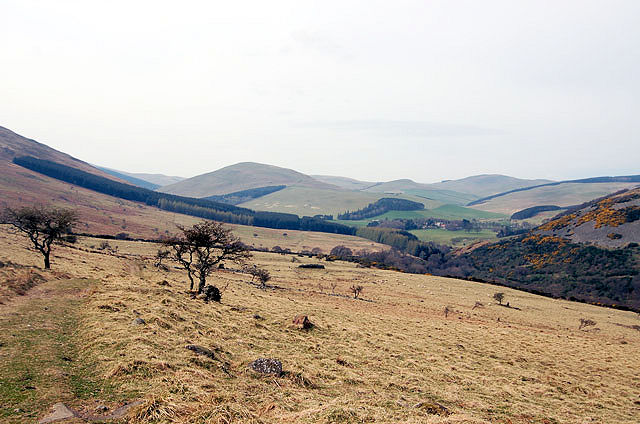 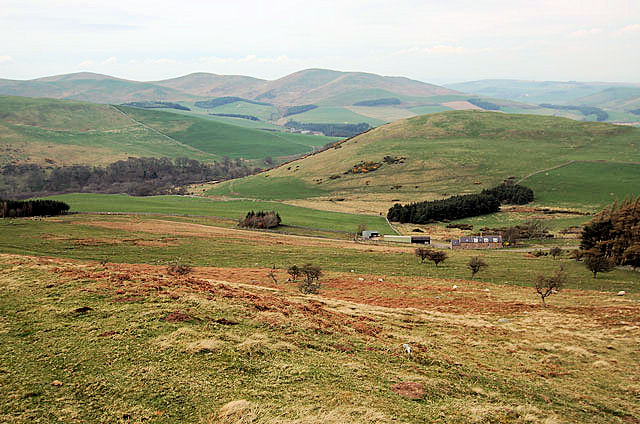 The path bears slightly to the right and soon you will climb over a stile and cross a small stream. This stream flows down to join the College burn below Hethpool Linn. The Linn is a steep gorge just some 20 feet or so wide here. Think of the 12,000 acres of mountain and valley and all the water that falls here is channelled down through this narrow gorge. Most times it is quiet and gentle. But when the heavy rains come this is a terrifying place to be. Boulders as large as a man can be seen strewn downstream. The fields here are more akin to meadows and for the warmer times of year are covered in flowers. Soon you will come to a house on your left. At this point you leave St Cuthbert’s way and turn right and start to climb. This is one of those mysterious paths where your knees complain about a hard pull but your brain says this should be easy. 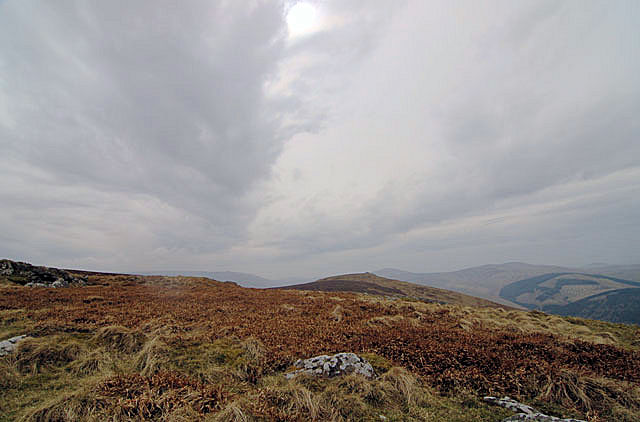 The view from Newton Tors 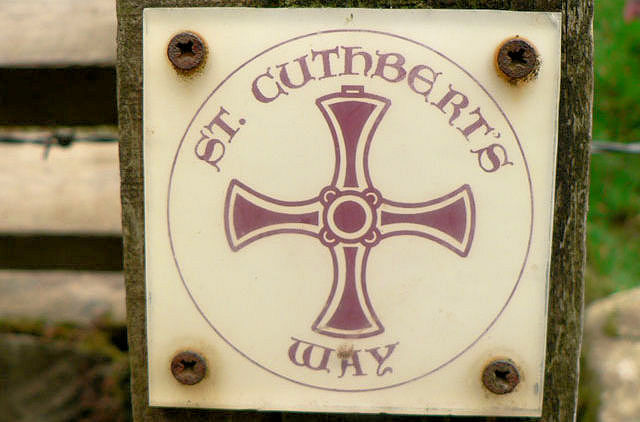 Eventually the climb will ease as you come onto the top of the Tors. Look to your left where you can see Yeavering Bell. This large Iron Age fort overlooks the field which once held the Royal Fort of Ad Gefrin. It was here that Bede was said to have baptised some 3,000 locals. And if you believe in ancient myths then it was probably here, along the banks of the River Glen, that King Arthur fought one of his 12 battles. Look around here at the heather. The ground cover is now changing. You see the Cheviot is the heart of an ancient volcano and the water which falls up here has nowhere to run off so it sits, becomes acidic and lies on the peat. But you might also notice that there are wide rectangles where the heather has been burnt back to provide better cover for young grouse. For this is hunting land and you will shortly come to the grouse butts. Look out for the grouse feeder trays. 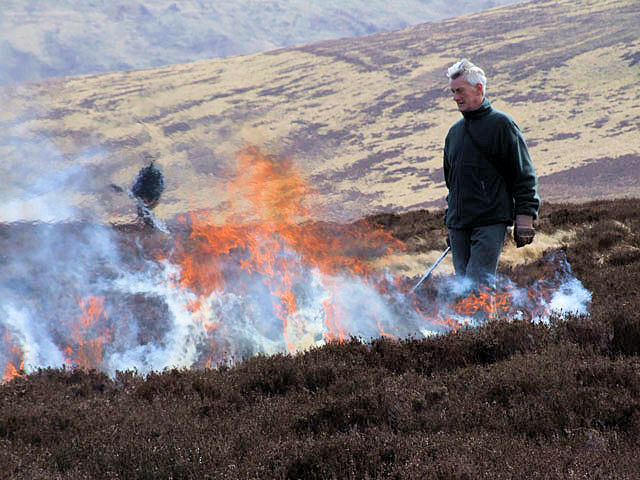 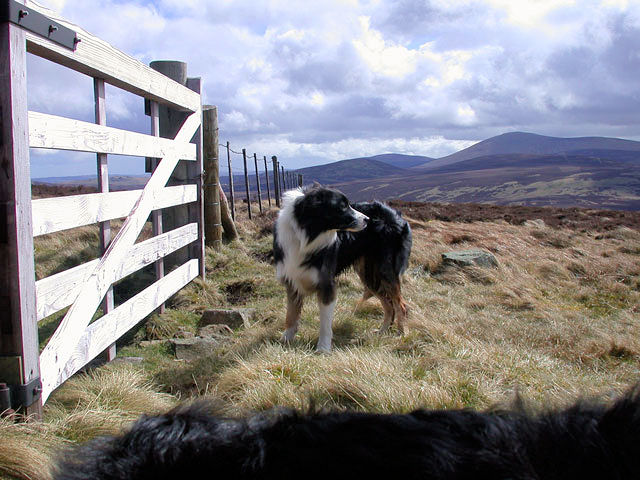 If you are lucky there may come a magic moment when you realise you are not alone. For up here are the feral goats of the College Valley. These goats usually have a white/blue coat as opposed to the more usual piebald. They are said to be descended from early Christian times. It is a hard life for them up here but still they survive and wonder these fells. On your right there are three small hill tops, Easter and Wester Tors come first and then Harelaw. We prefer Harelaw but to be honest the views from them all are fantastic. You can see west and north across the College Valley and into Scotland towards the Eildon hills. 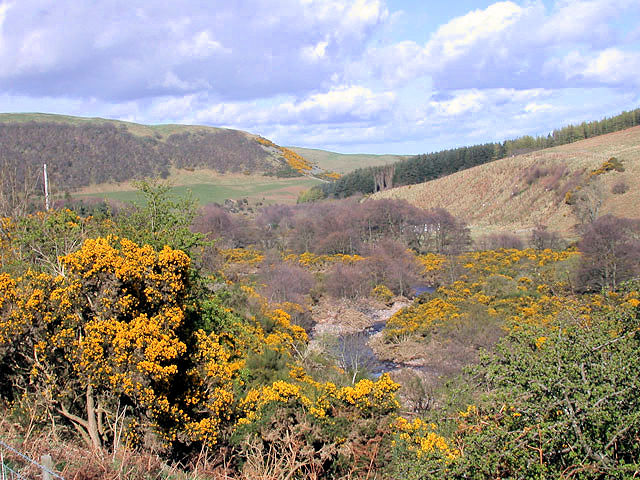 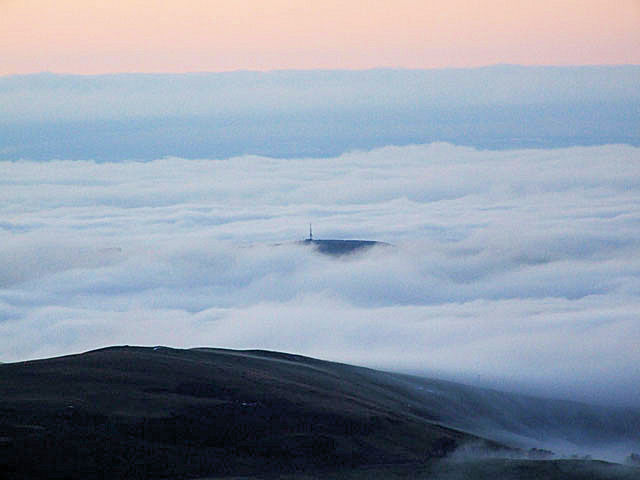 After Harelaw the path follows a fence gently downwards. To your left the land is owned by the Duke of Northumberland. This is also shooting land. Walk carefully over the boulders here and look out for adders and lizards. From here the Cheviot fills your view. You might notice a sharp crag on the skyline. Sometimes walkers mistake this for the summit cairn. But no, it is Braydon Crags and here, during WW2, a flying fortress crashed. The survivors were brought down from the crags by the local shepherd and his Border collie, Sheila. The Collie was awarded the Dicken medal for animal bravery and is one of the few ever to receive this honour other than on the battle front. 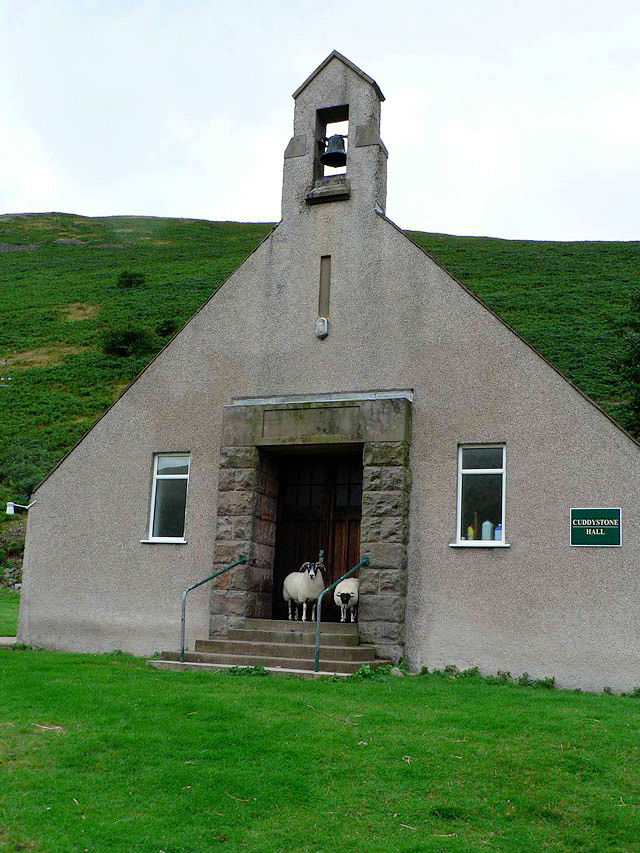 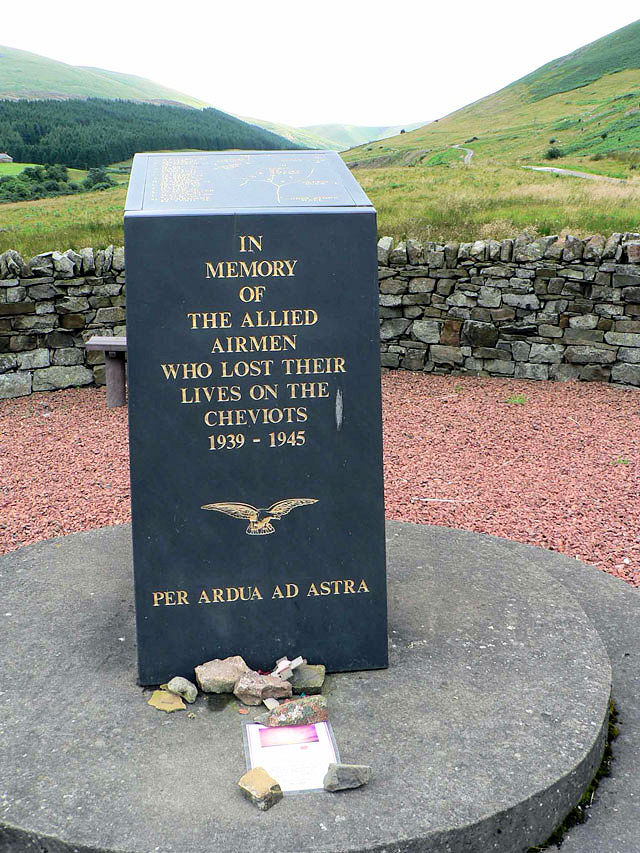 Soon the path swings to the right and you descend to the small road which joins the Lambden and College Valleys. The house on your left is Southernknowe and here there is a public phone box if needed. You cross the College burn at Sutherland Bridge. From this point on lookout for the gorse when it is in flower. The Valley is well known for the sweet vanilla scent from its flowers. The road now passes Cuddystone hall. It was built in the 1960’s for local events and is now used for dinners and as a wedding venue. Pause to pay your respects at the memorial to airmen who have died in these hills. 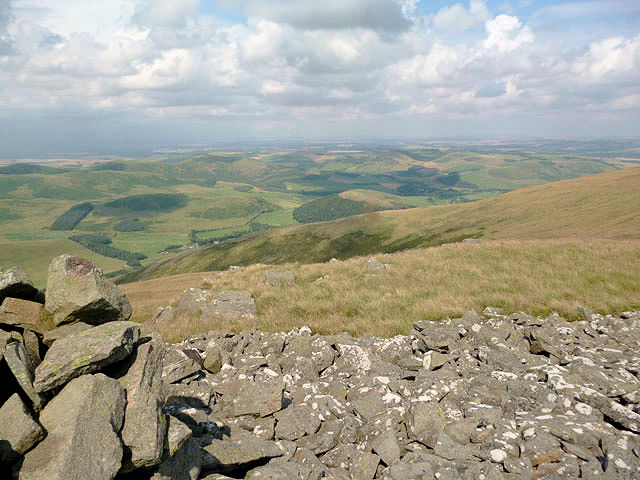 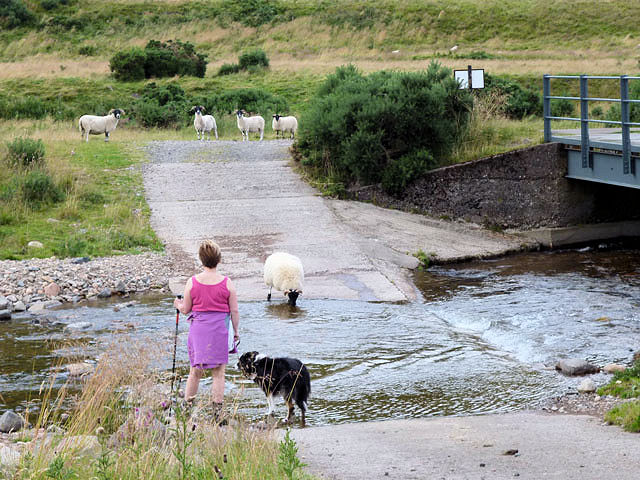 On your left you will pass a small timber and white house. This is said to have been built for a wealthy lady who suffered from TB but didn’t want to take her Doctors advice to live in Switzerland where the air was pure. Thankfully the Valley air helped just as much. The road will soon bring you back to the car park some 4 to 5 hours after leaving. 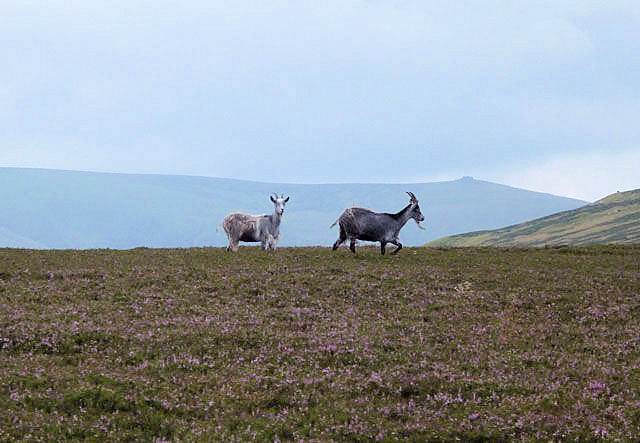 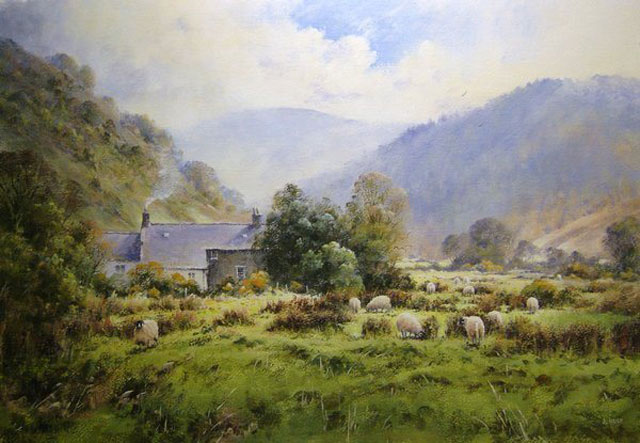 The Walking Englishman comments "Thank you Colin, this is a wonderful walk and just the type of day out I like. Your write up inspires me to visit Northumberland for myself and enjoy some walks in this wonderful northern land" Written, December 2013.