Summary: This corner of the North York Moors is a favourite walking area for Teessiders and it is not difficult to see why. Roseberry Topping is an iconic hill for the Middlesbrough folk and it is also one of the earliest hills I ever climbed being not too far from my home town of Northallerton. This walk with my brother Dave is a diversion from my usual route as I chose Guisborough as my starting point instead of Great Ayton. This gave us an introduction to Gisborough Moor, a fascinating moorland stroll to begin a wonderful day before descending to Lonsdale and out to Great Ayton Moor and Captain Cook's Monument before our fruity finale of Roseberry Topping! 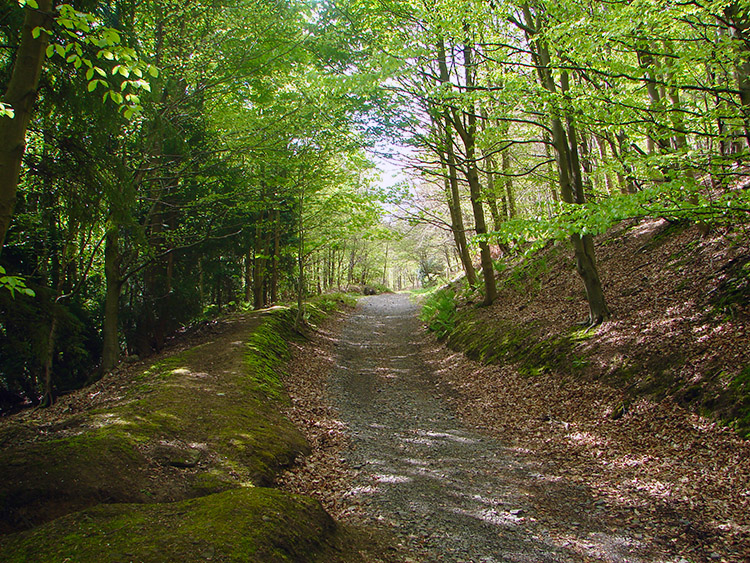 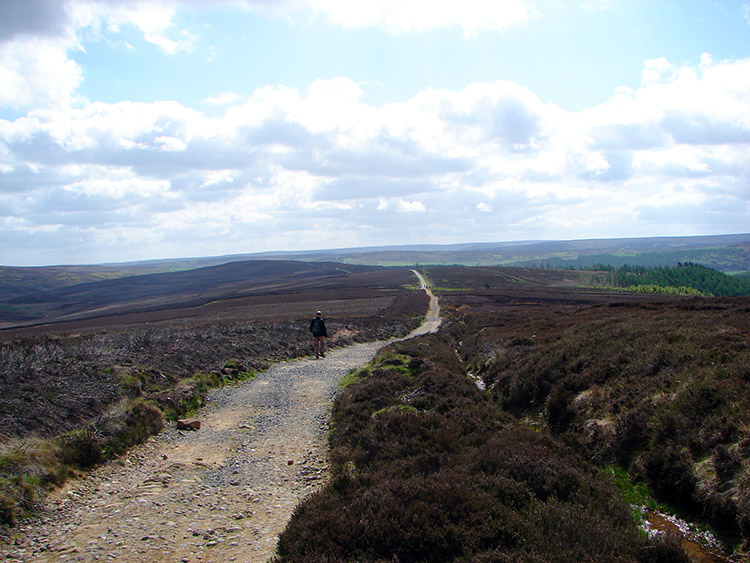 Alfred Wainwright discovered his love for mountains and his beloved Lake District during a holiday from working in Blackburn at the age of 23 in 1930. He was instantly struck with a passion to dedicate the rest of his active life to the high outdoor areas. I discovered the high hills and moors much earlier as I was born on the edge of the North York Moors and visited them on family trips during my early years. It took me far longer to appreciate them than he did and whereas I will never match the achievement of AW I will walk the high ground whenever and as often as I can. This walk in the Guisborough area of the North York Moors was not so far from where I walked in those young discovery days. It took me back to the start of the adventure. Fittingly my brother Dave was with me on this walk just as he was at the start of the adventure all those years ago.

Dave and I had both walked in the north east area of the North York Moors many times. We had often been up to the top of Roseberry Topping, sometimes on a Sunday after the pubs had shut for the afternoon. It was not far to walk up from Newton under Roseberry and watch the world go by from the summit. It was always fun, a hill loved early in our lives and one that will always remain so. However, I had planned this walk to be different and so I took us to Hutton Village near Guisborough to start the walk. We had never walked from Hutton before. 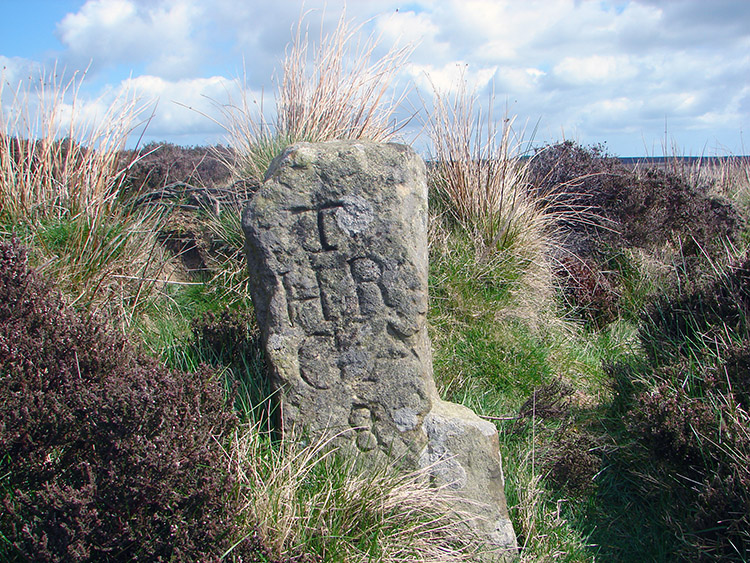 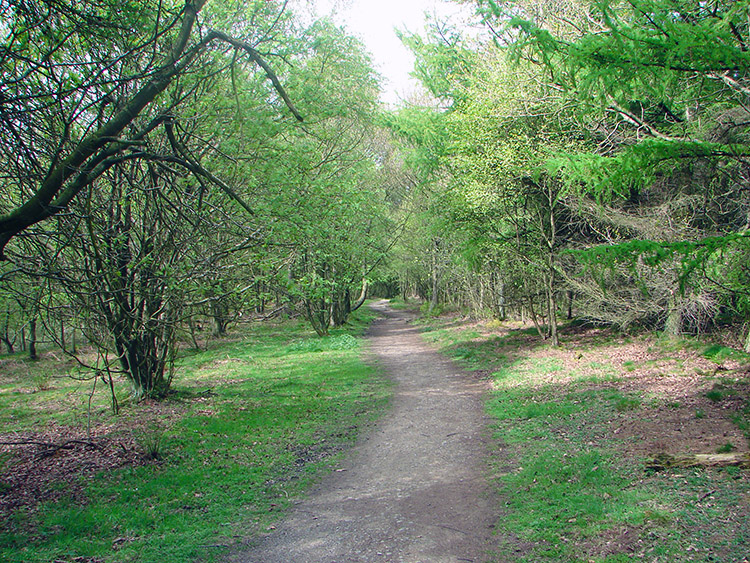 Hutton Village turned out to be a popular spot to take a walk. There were a number of cars parked up by the roadside and families out walking their dogs. Probably most were very local from Guisborough itself and people of good taste for it was a lovely secluded arboreal spot to enjoy the outdoors and exercise. Dave and I were more challenged than just taking to the open green space around the village though. We headed off by following a road and then a track into Hutton Lowcross Woods. As we climbed through the wood the people and their pets were gone. The walking was good for the lungs, we made 150 metres ascent in one mile until we exited from the wood and on to Hutton Moor. The next mile was a delightful crossing of the moor until we reached Percy Cross from where we walked down off the moor to Lonsdale Farm before ascending the road to our second woodland walk on Coate Moor. The walk through the wood was more delightful than the first for now we were on the level and we both enjoyed making our way amidst the deciduous and evergreens interspersed in the wood. Despite the enjoyment we were now ready for a break and we took it on the exit from the woodland and in sight of an iconic monument. 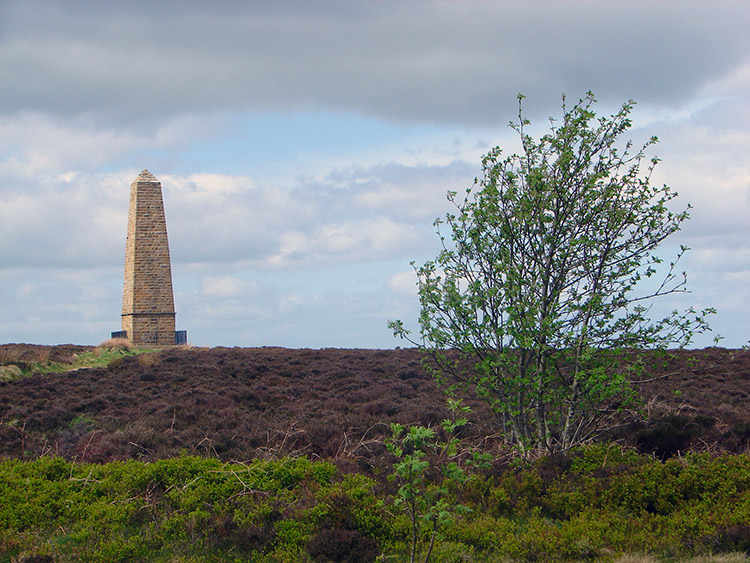 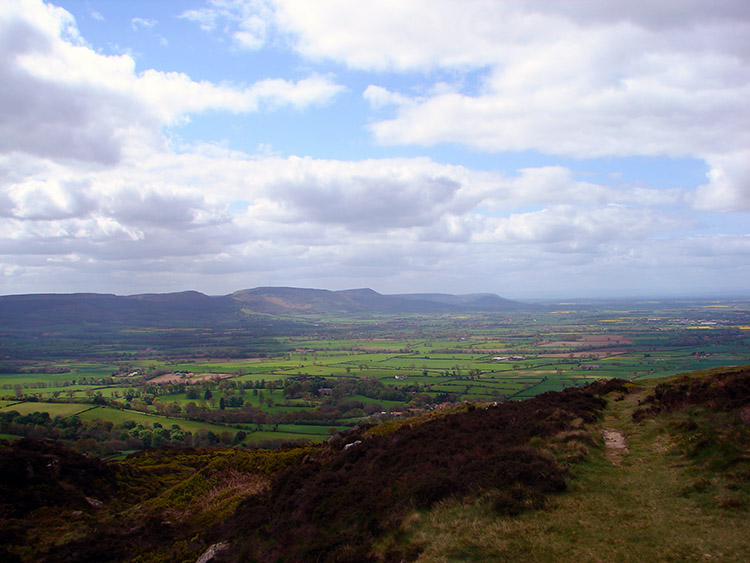 The moors as seen from Captain Cook's Monument

We stopped for lunch on the edge of the wood in sight of Captain Cook's Monument. It was the perfect spot, almost half way and at the highest point of the route. At the highest altitude of the day but not exactly all the climbing done, this walk was a case of ups and downs and there was still Roseberry Topping to come but at least we could relax and refresh ourselves at a location with exemplary views. The panorama to the south of the North York Moors is particularly inspiring from Captain Cook's Monument with Ingleby Bank, Cringle Moor and Carlton Moor evident. Thoughtfully after lunch I stood at the monument looking to the south and I recalled walking along the top of the North York Moors exactly 15 years and one day ago to the day on my first Coast to Coast walk (Day 3, Clay Bank to Brompton was done on 3rd May, 1994 - today was 2nd May, 2009). The Coast to Coast walk 15 years ago was the definitive walk that got me hooked on walking, I just hope the next 15 years is as brilliant! Enough of the nostalgia, back to the walk. Dave and I left Captain Cook's Monument behind and tracked north to Cockshaw Hill, circumnavigating it to avoid the crowds walking from a car park to the monument, most of whom were doing this stretch and nothing more. After descending from the hill steeply to the car park we climbed to Great Ayton Moor. 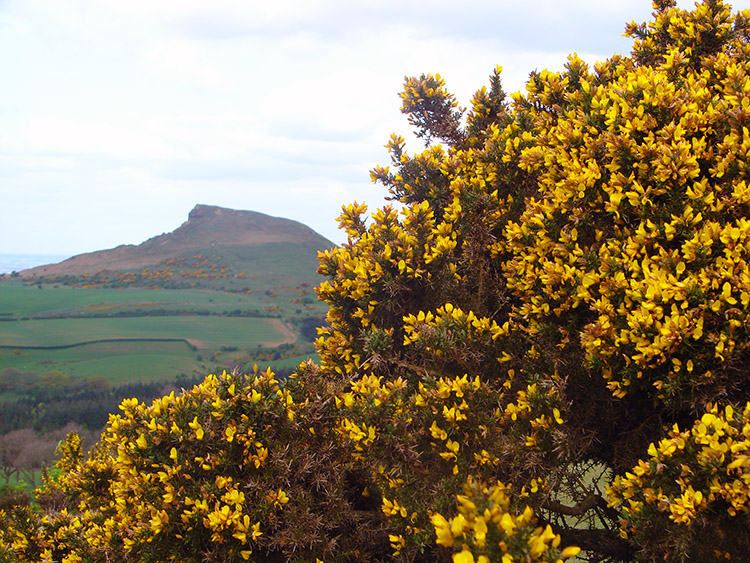 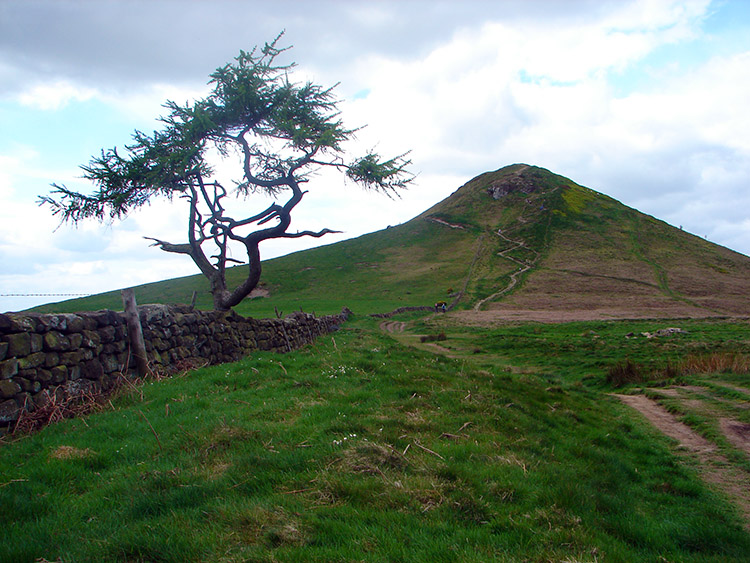 The climb to Roseberry Topping

The climb onto Great Ayton Moor was our third ascent of more than 100 metres on the walk and we were both feeling it. There was still one more tug up to the summit of Roseberry Topping but at least we could catch our breath now on the gradual ascent of the moor along the edge of High Intake Plantation. Some of the trees in the plantation were scarred and some incinerated, clear evidence of a fire and the gaps in the trees gave us the opportunity to spy Roseberry Topping on our approach. Soon after and following two kilometres walking on Great Ayton Moor we joined the Cleveland Way to make our definite westward approach to the mass of Roseberry Topping. Seventy five metres descent and then seventy five metres ascent later and we were there, on top of Roseberry Topping. 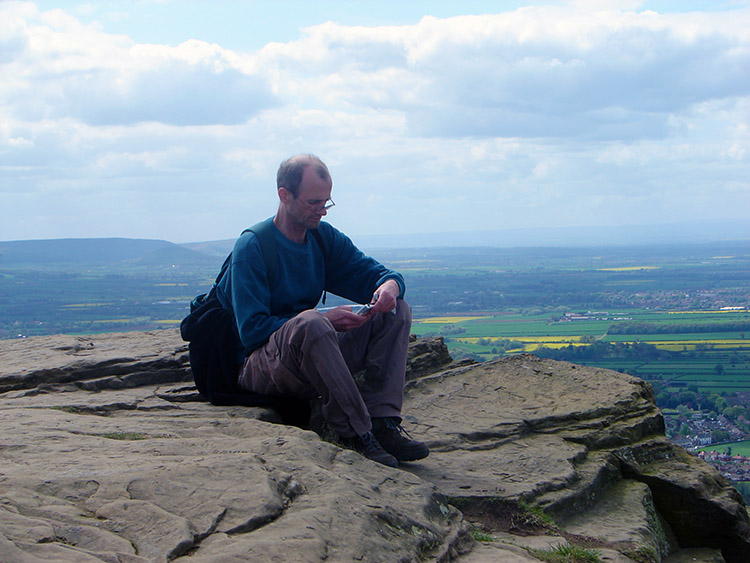 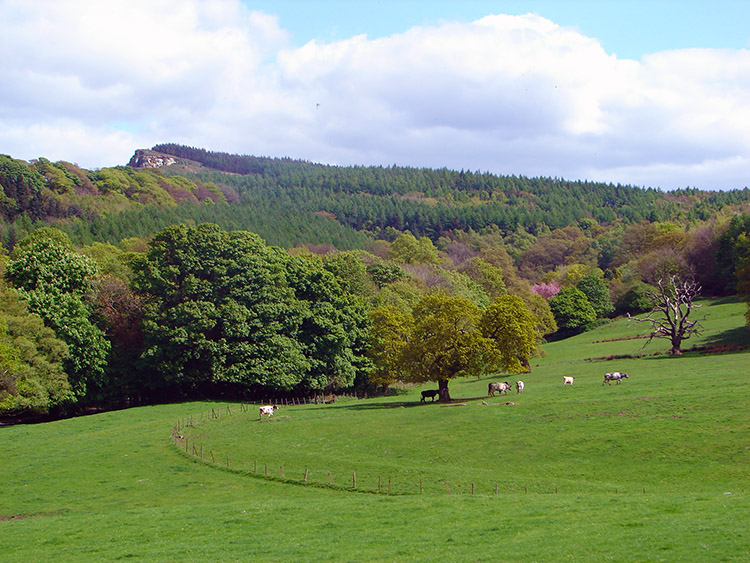 Roseberry Topping was just one goal of this walk, albeit the most iconic one but there were many highlights before. The blissful silence and sweeping views from Hutton and Gisborough Moor, the solitude of Lonsdale (not many go there), the beauty of the woodland on Coate Moor and the staggering views from Captain Cook's Monument. Great stuff, all of it and reason enough to become entrapped by the walking bug. More to discover though and so on the final stretch from Roseberry Topping through Hanging Stone Wood and Hutton Lowcross Woods. A final discovery, the wonderful tree in the final photograph with new spring leaf, standing alone and proud.