Summary: A short walk full of interest all the way from natural beauty and astonishing nature to a Druid's Temple, a man made folly of some character set in wonderful surroundings. This walk is ideal for all the family as each generation will find something interesting from the walk. 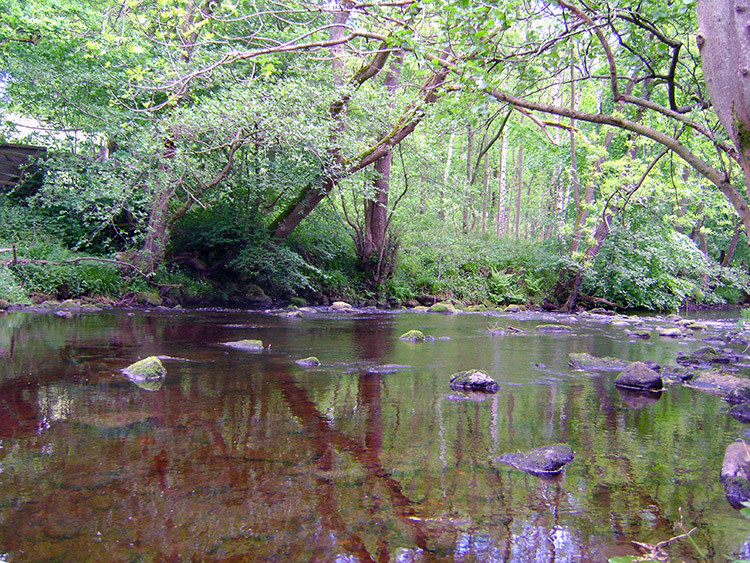 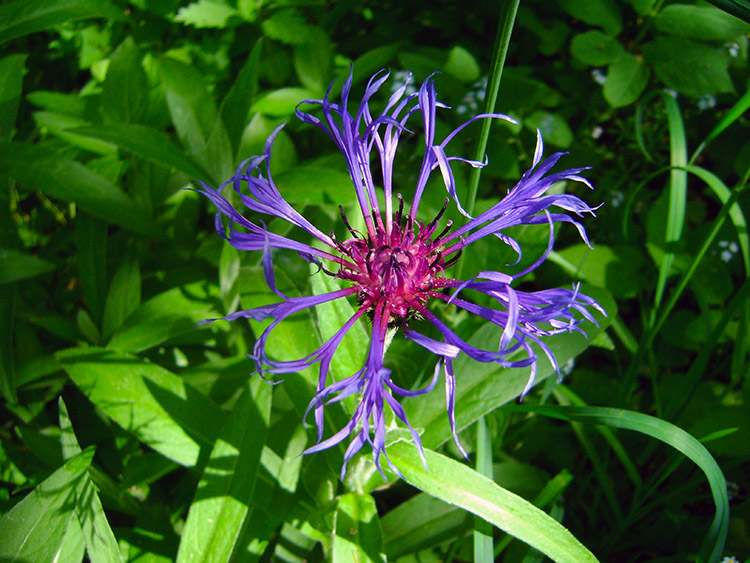 It was the Queens Diamond Jubilee Monday and after the drenching we all took on the Sunday when the Queen endured throughout a rainy Thames Pageant, Lil and I decided we needed to go out for the day. The forecasters had given a cautious thumbs up and though we did enjoy bouts of sunshine while we drove to Masham in Wensleydale raindrops often spattered the windscreen. First on our mind was not a walk but I had a plan while we wandered around Masham with Lil shopping in the Market and both of us enjoying a coffee in a market square cafe. Then we visited the Black Sheep Brewery, bought souveniers and then made our way driving from Masham to Fearby and then to Swinton Saw Mill when I stopped the car on the side of the quiet road near the bridge over the River Burn. "Boots on Lil, we're taking a short two hour walk" I said and she was happy to do so. First we walked back to the bridge and looked at the lovely scene. "Beautiful" Lil said. Then we set off walking. 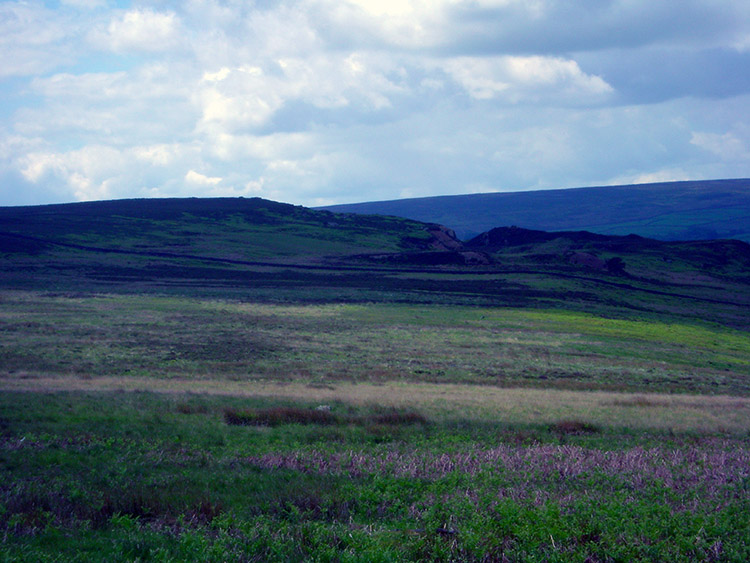 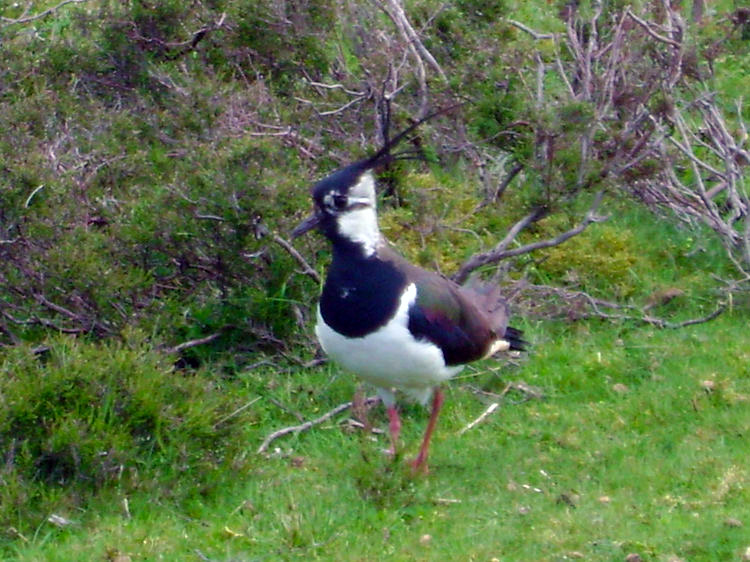 I promised Lil delights during the walk while reassuring her it was less than five miles which is just about enough since she damaged her knee a couple of years ago. She loves going out walking with me if interest can be maintained and I knew this walk would entertain her. The first part of the walk was along a road which eventually turned into a farm track to Broadmires and then just a path after the farm until we reached the edge of Hall Wood. Remarkably we saw Bluebells and now we were in June. I first saw them in early April this year. 2012 has been the best of years for lots of spring flowers with the cool late April and early May putting the glorious colour in status for us to enjoy all the more. There are compensations for cold spells. After Hall Wood we climbed gently up Burgess Bank. From here we were close to the edge of Clints Moor and I took a walk to the moor while Lil rested and looked over to Leighton Reservoir. As I got to the moor a Lapwing stood in my path bold as brass. He was intent in keeping my attention at a safe distance to distract me from his brood nearby. I paid heed. 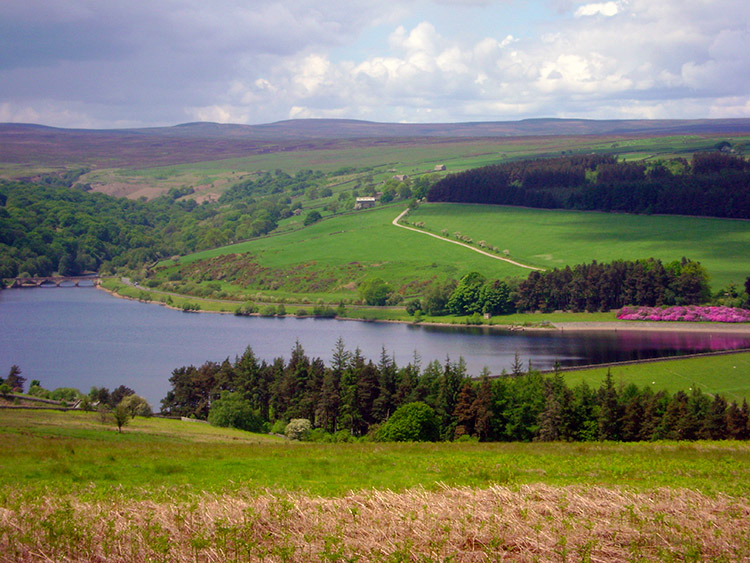 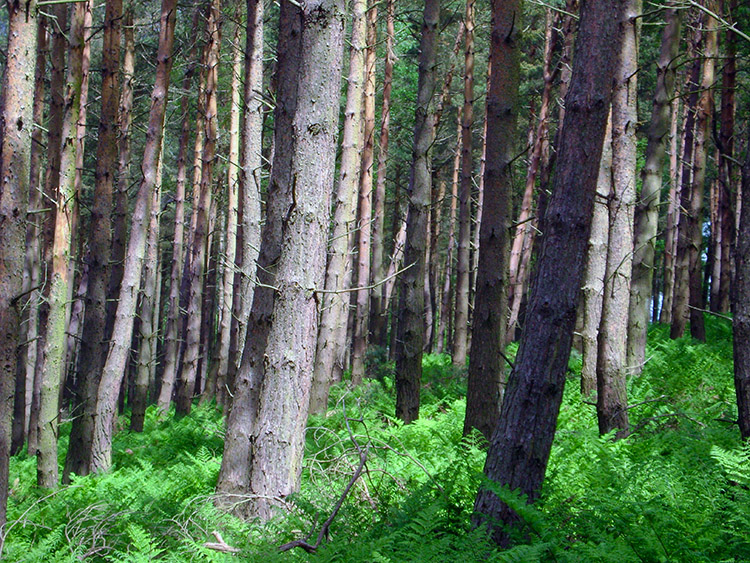 After my avian encounter I returned to Lil and we continued up Burgess Bank to Druids Plantation. As we climbed the views over Lower Wensleydale to Clints Moor and Leighton Reservoir got better and better. It was a beautiful walk and not such a bad day now. Fortunately the sun shone as we walked through the plantation giving a remarkable array of colour with the brown tree trunks and vivid green ferns providing a magnificent contrast. We continued through the wood following paths cut through the plantation and sometime after emerged to open ground when we caught the sound of people. The sound of children in particular gave the game away, we now knew we were nearing Druids Temple. 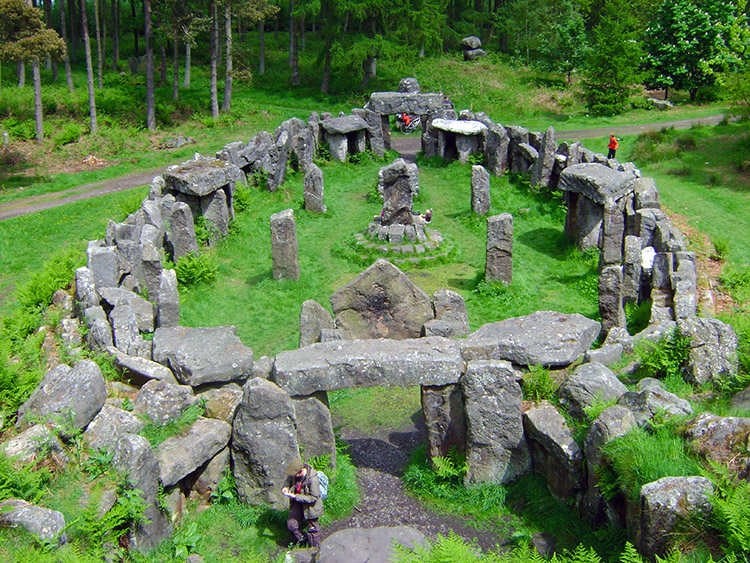 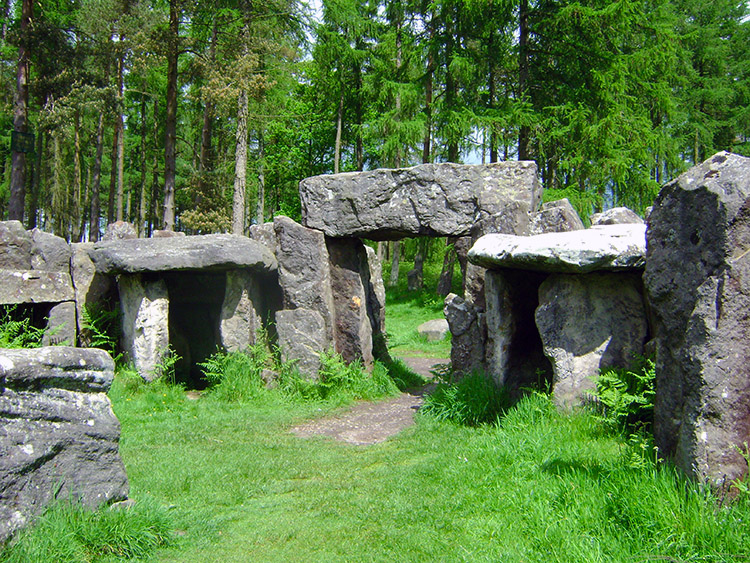 The east entrance to Druids Temple

The Druids Temple is a folly created by William Danby of nearby Swinton Hall in 1820. The structure includes a large stone table, a sheltered cave and an altar stone, all of which Lil explored to the full while I went to the higher west side to take the left hand side photograph. The temple is approximately 100 feet long and 50 feet wide, with some of the stones standing over 10 feet high. William Danby (1752-1832) who was made High Sheriff of Yorkshire in 1784 created the temple to generate work for the local population who were paid 1 shilling a day. It is said that a salary was offered for someone to live at the Temple as a hermit for seven years and it is thought someone stayed for five of the seven years before going a bit mad. I can't imagine why, it is a lovely place. Lil and I wandered around the stones without any sense of foreboding, it was magical not mysterious. 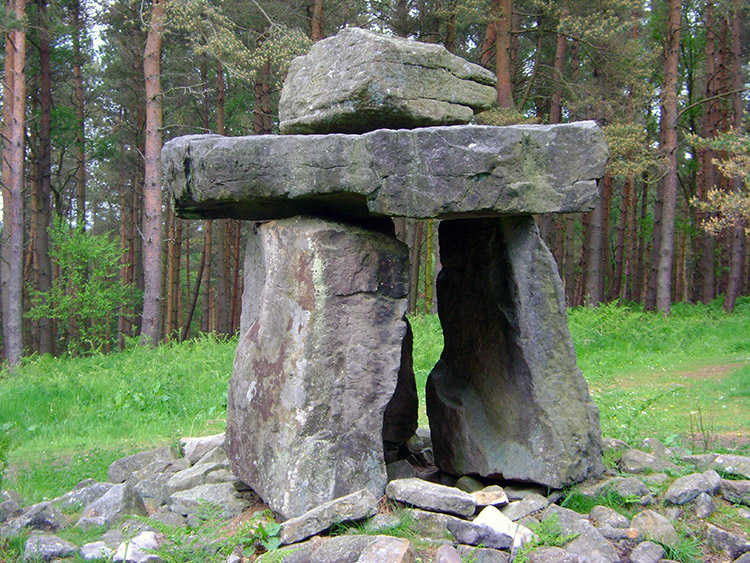 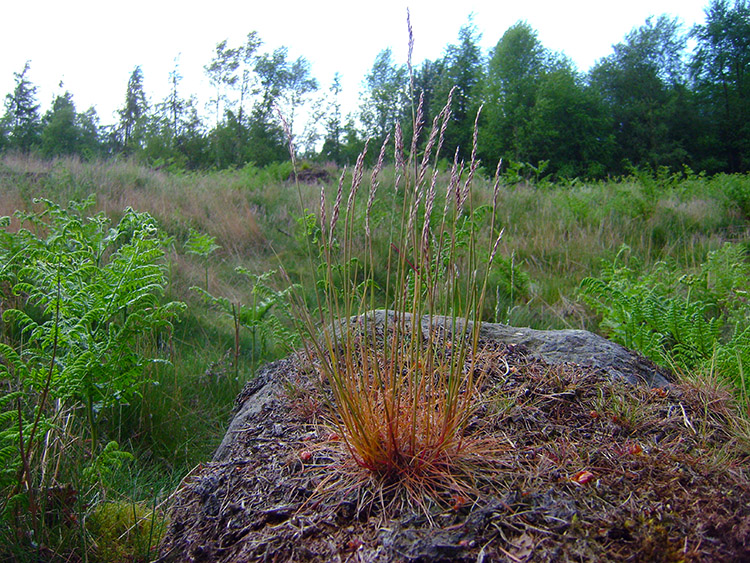 The walk continued for Lil and I by exploring the array of standing stones in a perimeter around the temple which was made challenging by the dispersal of them in no particular order. We also saw lovely sights like a fantastic one looking through a gap in the plantation straight through to Leighton Reservoir below to the west. Eventually we thought it time to leave and walked from Druids Plantation to rejoin the Ripon Rowel path which we had followed to the plantation. 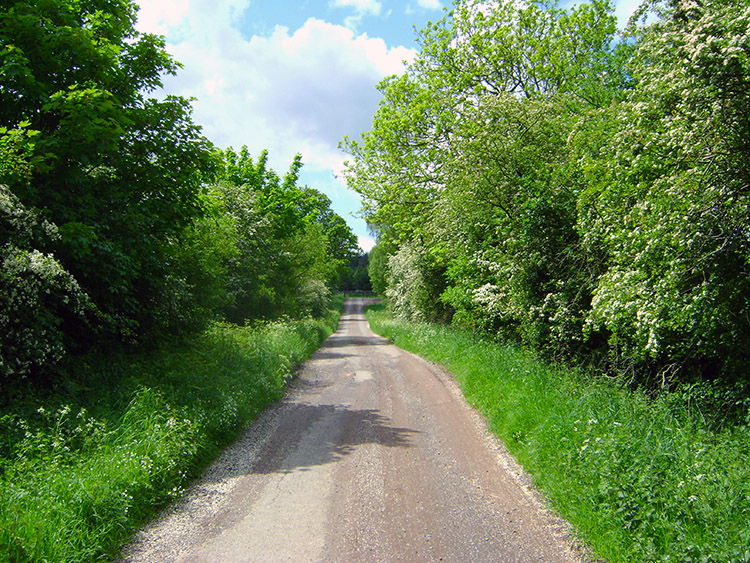 The roads were quiet throughout 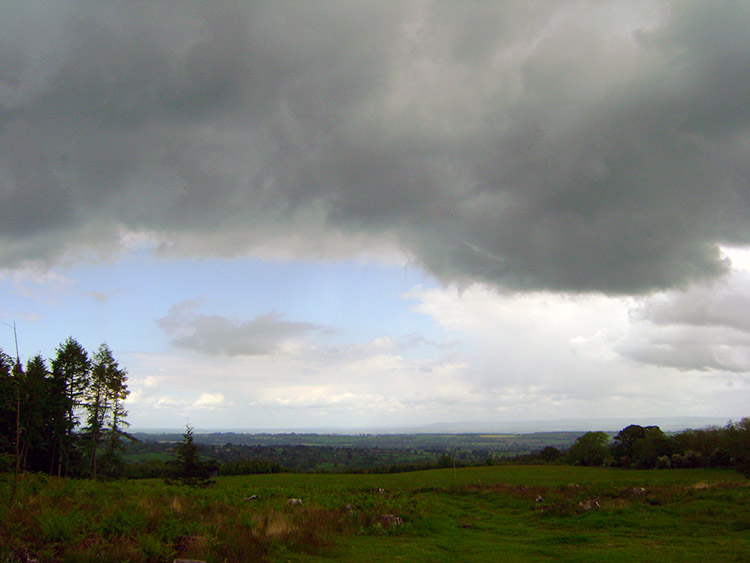 We walked on a road from Druids Plantation back to the the Ripon Rowel path and toward High Knowle. In a field next to the buildings of High Knowle were about a dozen round Bivouac Tents. For earth people to be close to the Druids Temple? As we continued from High Knowle on a descent to Sole Beck Gill a huge storm cloud passed to our north. With fortune we missed the bulk of it but its edge gave us a smattering of heavy raindrops. It did not last long though and soon the sun shone bright again. 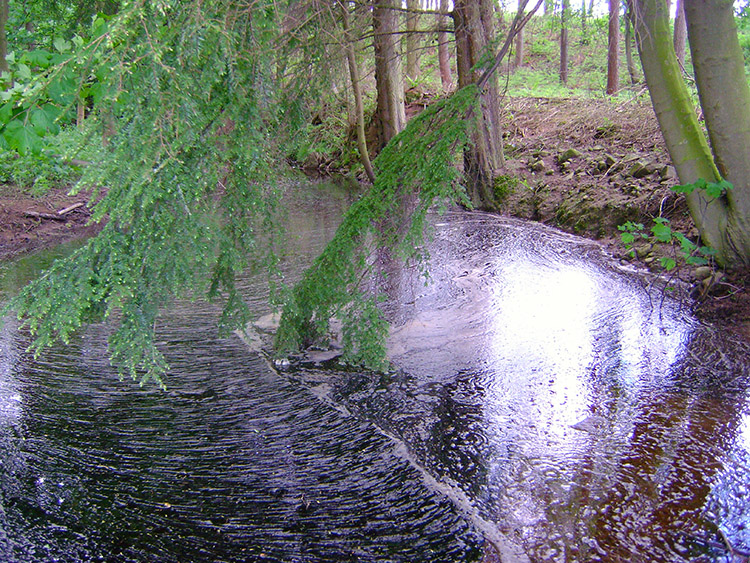 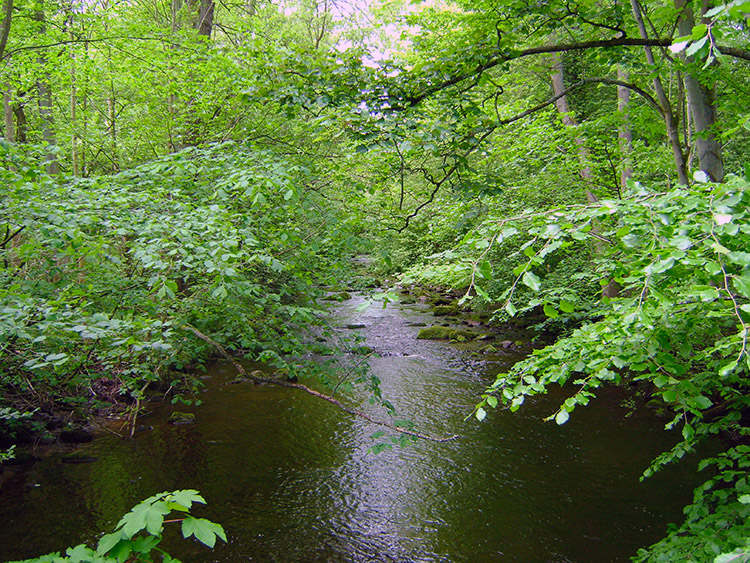 Back by the River Burn

Lil was thoroughly enjoying herself and so was I. The rain which had drenched the queens procession had done wonders for the countryside and everything seemed to be a more colourful green. It was amazing, stunning, beautiful, fantastic and much more besides! Sole Beck Gill glistened when the sunshine penetrated the tree canopy, birds sang joyfully as we walked along the wood before we left it just before Lobley Hall to cross over a few fields to Stonefold and then two more back to the car at the junction near the bridge at Swinton Saw Mill. "Just perfect" Lil said.