Summary: To celebrate the founding of Rotary International in 2005, the Rotary Club of Ripon and the Rotary Club of Ripon Rowels created and installed replica sanctuary markers close to the original sites which mark the ancient sanctuary boundary of Ripon. This walk is designed to link the sanctuary markers to provide a fascinating boundary walk of Ripon for the enjoyment of the local public and visitors to the city. 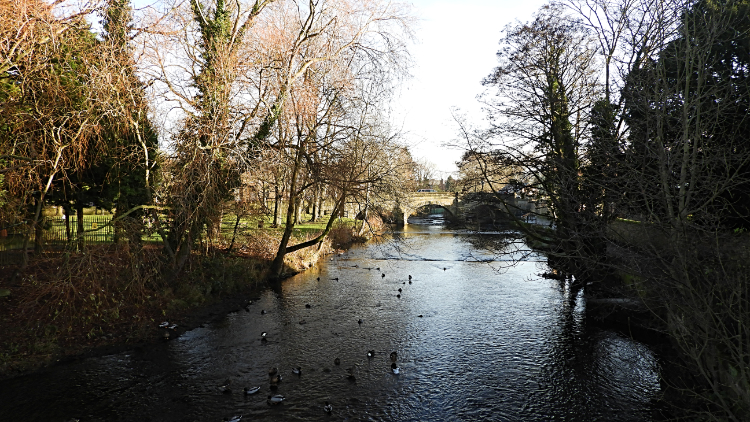 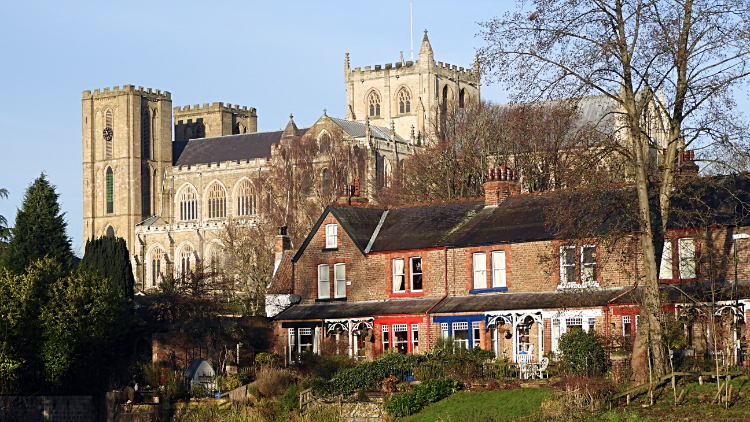 My brother Dave and I arrived at the Quarry Moor car park, just off the A61 on the southern edge of Ripon to begin our walk of the Sanctuary Way on a cold winters day. It was just seven days before Christmas Day. We did not make an early start but the frost was still hard on the ground at 11.10am as we left Quarry Moor. We would get to look at some of the sights of the Quarry Moor Site of Special Scientific Interest at the end of the walk but for now we walked the street paths and snicket lanes of South Ripon, making our way through Gallows Hill, Hungry Hill and Bondgate to reach the bank of the River Skell, the watercourse which flows through the centre of the city. The Skell is a river familiar to me, having featured in quite a few of my walks in the past. They were upstream of here though; now Dave and I were following the River Skell to its end where it terminates into the River Ure. 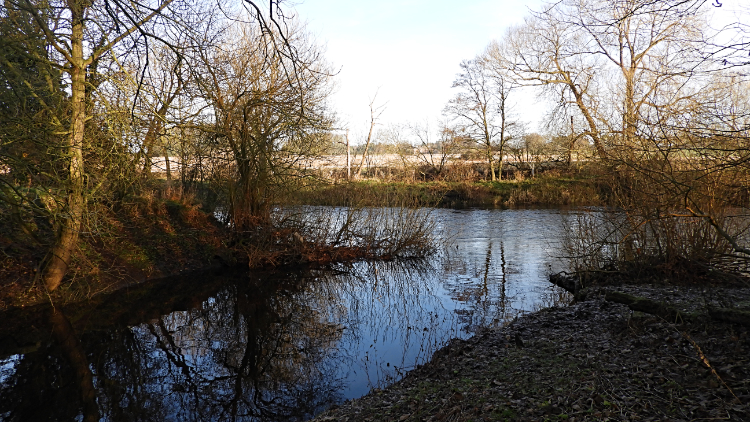 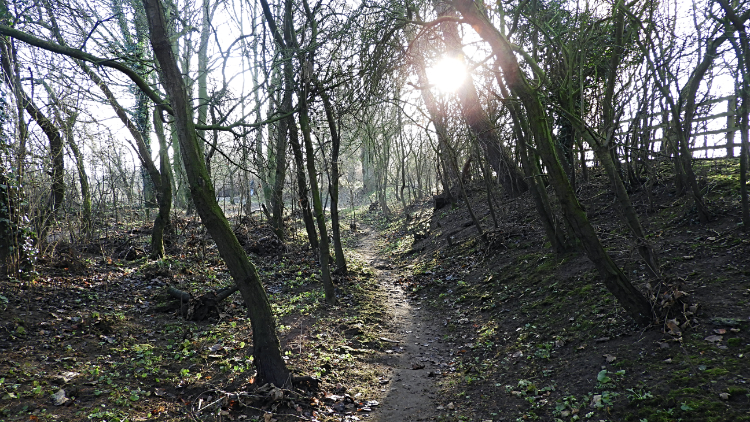 We had already passed a couple of the sanctuary boundary markers, one at Quarry Moor and one at Gallows Hill before we reached Bondgate to follow the Skell on its final stretch to meet the River Ure. At Bondgate we had enjoyed a cracking view of Ripon Cathedral, bathed in sunshine from the lowest of all winter sun. We were only a couple of days ahead of the winter solstice. We had reached the Skell at the B6265 Bondgate Green bridge and soon passed the Water Rat, an appropriately named local pub, following the river east along back of Bondgate to Priest Lane where the road fords the river and onwards to Fisher Green where the Skell deposits its water into the Ure. 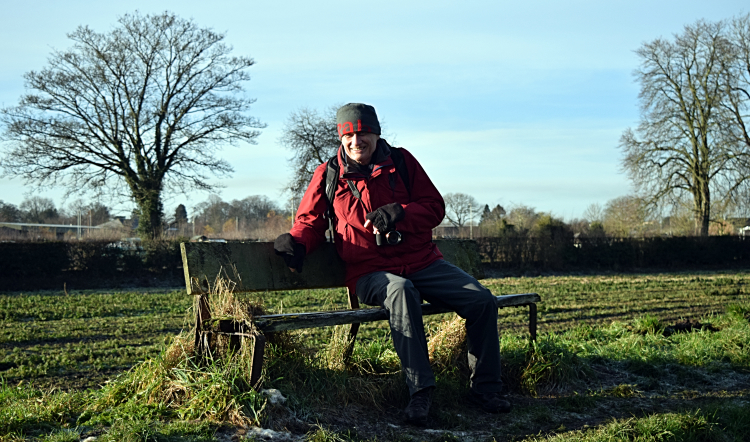 Time for a break near Bridge Hewick 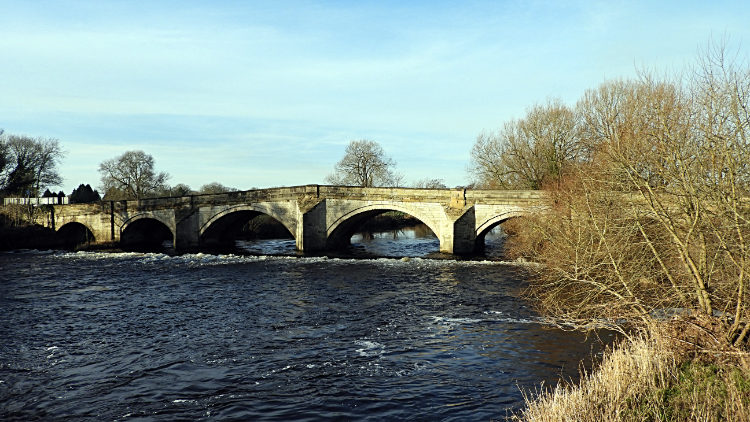 With the River Ure to follow and habitation out of sight the walk took on an entirely rural feel. First off we walked through a lovely copse shielding the river from nearby Ripon Sewage Works. Luckily we did not see the works nor did we catch a whiff of it. Then we came to a long open stretch of field leading directly toward Hewick Bridge. A bench gave us the prefect spot for a timely break and as I sat we were stirred by a huge flock of Geese performing an orderly fly past. If the beating of lots of big wings did not work the gaggle of sound as they flew overhead would alone have captured our attention. It was quite a sound. And quite a sight. After the Geese had gone we continued on our way to the impressive five arched stone bridge, crossing it from west bank to east bank of the Ure and turning our course which had been southward to northward. 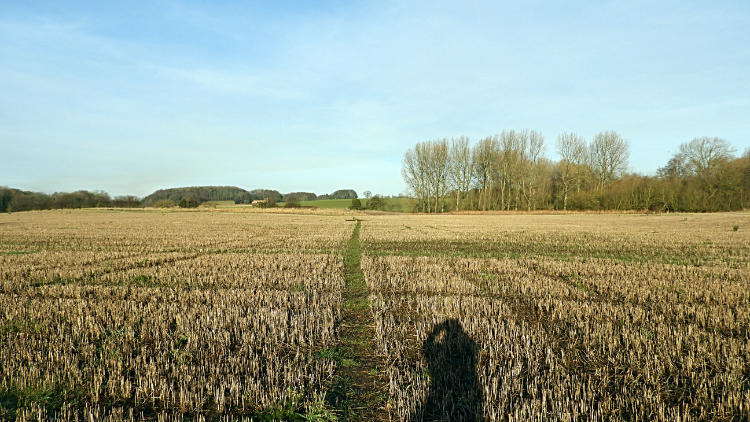 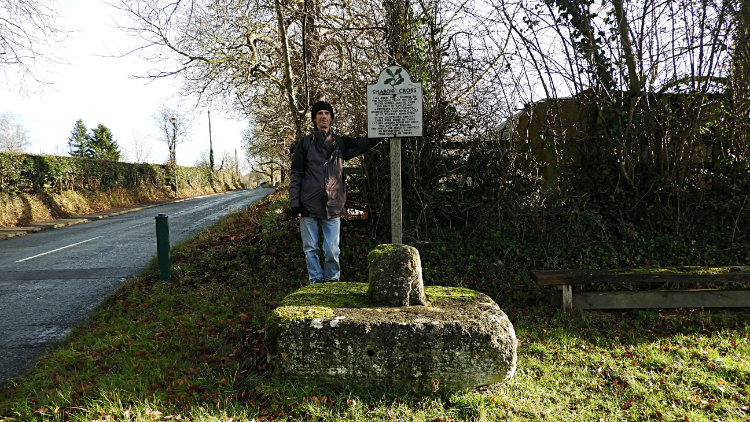 Walking north from Hewick Bridge, for a short while alongside the river, during which we passed another santuary marker, Dave and I then made our way across arable fields, heading towards Whinny Hill. Not a hill was climbed though until we made our approach into the village of Sharow. And then just ten metres of ascent, our first climbing of the entire walk, was all it took for us to ascend into the heart of the village. There are some impressive houses in Sharow and a good looking church but for us tghe highlight was Sharow Cross. A National Trust sign reads 'This cross was set up in the middle ages to mark the limit of sanctuary, a privilege which fugitives enjoyed who came within a mile of St Wilfrid's Monastery. In the thirteenth century there were eight of these crosses around Ripon but only this one now remains. The public are asked to protect so interesting a relic from damage or injury'. 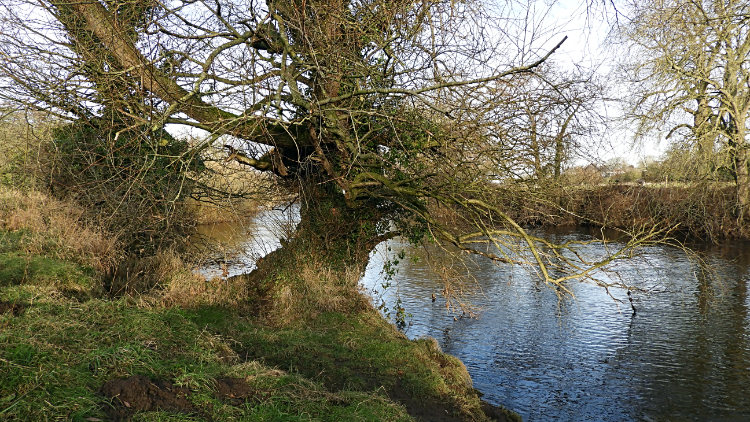 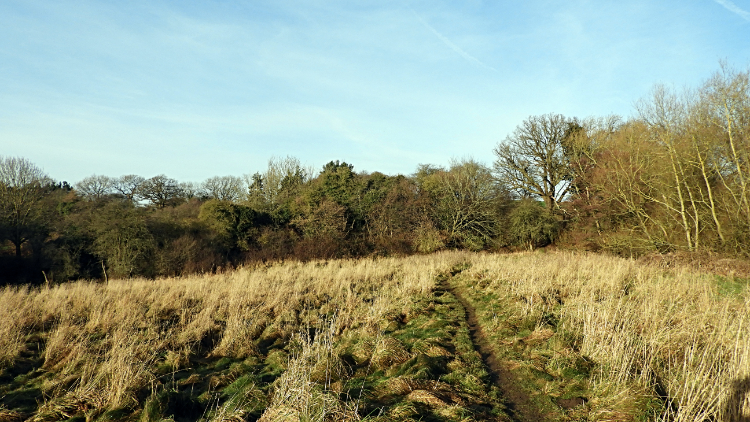 From Sharow we headed back to the urbanisation of Ripon by way of roadside to North Bridge, passing under the A61 bypass on route. Then we crossed north bridge to resume our riverside walking, following the River Ure past Little Studley and on a northwards course to Spring Hill. In doing so we had avoided the urban areas of north Ripon, staying with the sound and the feel of countryside. Now though we were entering the toughest phase of the walk, leaving the Ure behind to make a huge thirty meter climb to Low Common and to the culmination of height at Spring Hill, all of fifty metres above sea level. Thirty metres? Nothing at all but the climb was across a beet field and the mud was of the type that really stuck to our boots. When we had made the climb we were around a stone heavier, all of the extra weight being claggy mud on our boots. It took some shifting. The muddy field was thew only real snag of this interesting walk though. The going, though wet in parts after winter frost, was not bad at all. 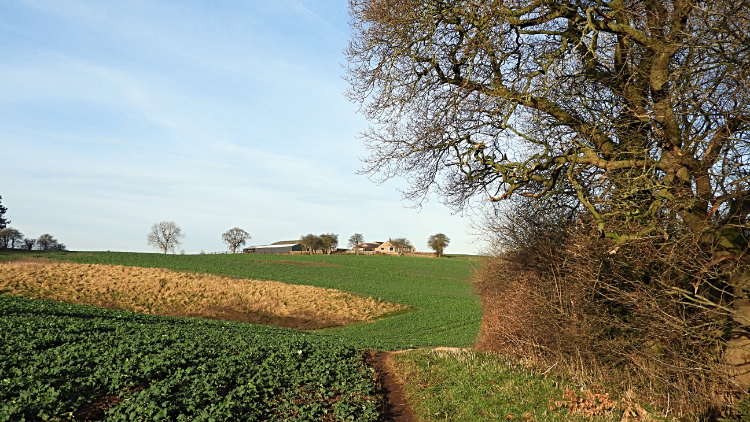 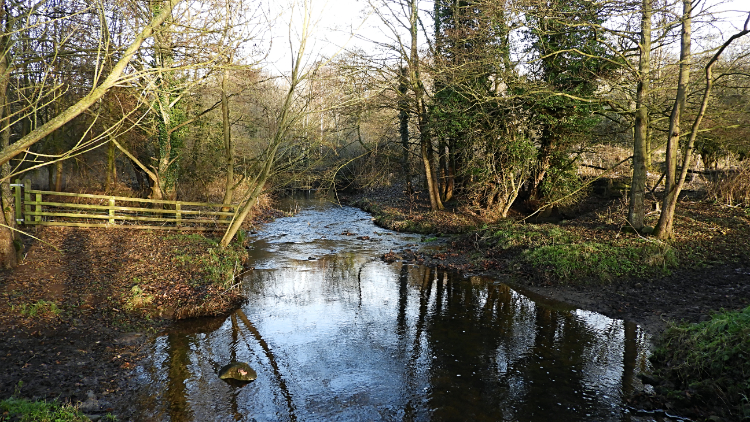 Dave and I had an unusual meeting with a lad who walked past us as we headed from Spring Hill to High Common, in doing so fringing Ripon Golf Course. The lad was carrying a Didgeridoo, being a local children's entertainer. We had a chat, he was a good character. Then on Dave and I went, back into urbanisation at Bishopton where we walked quite a few quiet streets before returning to rural on crossing Ripon's third river, the River Laver on Studley Road, to begin the final southward phase of the Sanctuary Way, past Hell Wath Cottage and back into Quarry Moor via the nature reserve. As with the earlier part of the walk we enjoyed the stroll back. Though we were getting a little tired we still had the energy to appreciate the lovely scenery of Quarry Moor Nature Reserve which is well managed and pristinely maintained by local volunteers. Still it was getting cold in the darkening afternoon as we finished the walk. It was only 3.45pm but the sun was out of sight. We were pleased to have got the job done. Just in time.