Baslow to Bakewell via the Edges and Stoney Middleton

Summary: A walk to prove a point, regardless of the weather and using public transport, guest contrubutor Ken Brockway takes to the hills in the White Peak following snow and the coldest night of the winter, minus 16 Celsius, he enjoys a great day out. 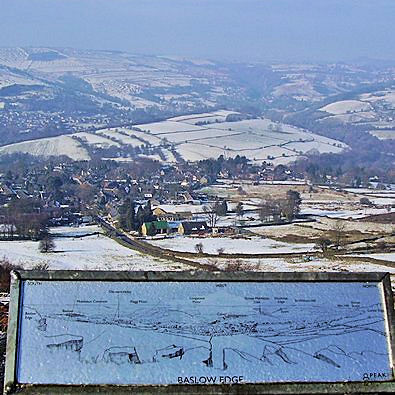 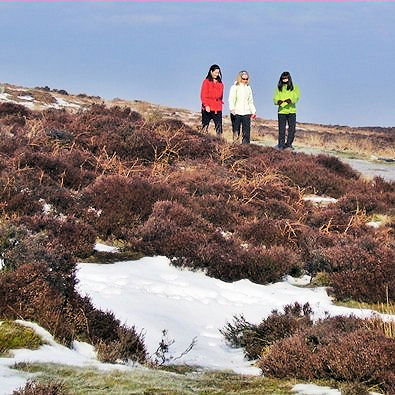 Stunning beauty on the moors

Walking Englishman has plenty of walks in the popular areas so I try to offer something else, usually a different location. This walk is in the popular White Peak the difference being I did not use the car to get there.

It may take a little longer to arrive at the start point by bus but if you enjoy travel as I do this journey adds to the pleasure of the day out. The bus frequently deviates from the main roads and being higher up and without the worry about other drivers on the road, I had ample opportunity to see new sights along the way.

The walk can easily be reached by bus from Nottingham, Derby, Alfreton, Ripley and Chesterfield but if you must go by car there is a bus link between start and end. Or you could add a few miles and make it circular walk via Chatsworth and Edensor. 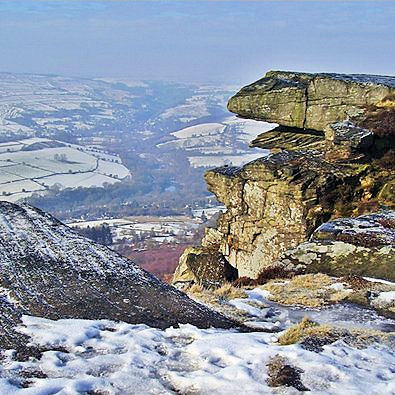 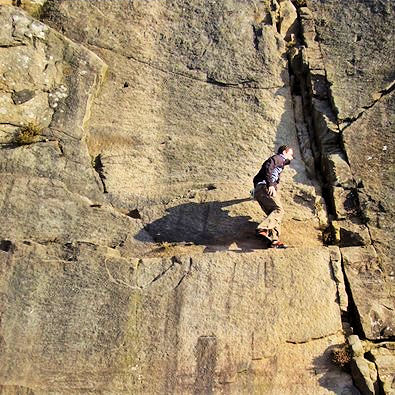 He makes it look so easy

It was that day after a very hard frost, minus 16 Celsius in Holbeach was reported so I was pleased I'd planned an ascent to Baslow Edge to start the walk. Treading carefully up Bar Road I passed others taking coffee in the shelter before reaching the top but today the wind was light so I pressed on. There were plenty of folk about walking dogs, jogging or cycling, how the latter kept upright I don't know.

The Definitive path is back from the edge so with this being Access Land I recommend a stray from the path and anyway on this cold but sunny morning the main path was like an ice rink so I tried to keep some grippy ground under my feet.

On to Curbar Edge where the outcrops of rock become more severe, even today attracting the climbers. Approaching Froggatt you need to look out for a path down. It's been great up here but I had way back looked across the wide Derwent valley to the narrow gorge of the Dale Brook which was my next port of call. 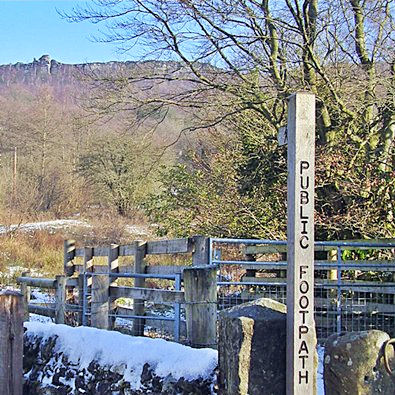 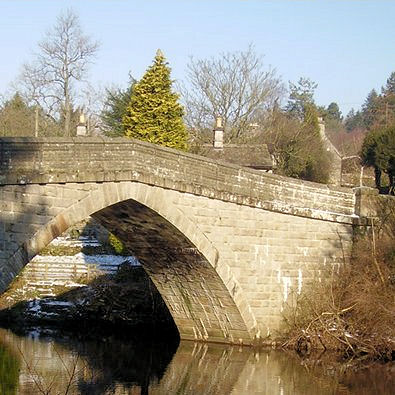 It is so easy on these well walked paths or tracks to press on regardless and miss that tiny side turn. Care is needed at a number of locations on the walk as I try to take you on less used paths. Approaching Froggatt a wall appears on the right where we need to drop down.

More climbers and one who looks to be out with the family then chooses to demonstrate his skill without ropes or the more usual brightly coloured attire. Another hidden turn off the plateau path worn by those scaling the sheer face to our right and the descent starts in earnest.

I find it intriguing that part of the wild Peak District is politically located within the City of Sheffield so there's no surprise at the road junction in this leafy desirable village to find a sign directs traffic to the once capital of the steel industry.

Froggatt Bridge looks wonderful in the winter sunlight and I am delighted that the sun still offers some warmth as the forecast said cloudy in the north, so this must be a Midlands walk! 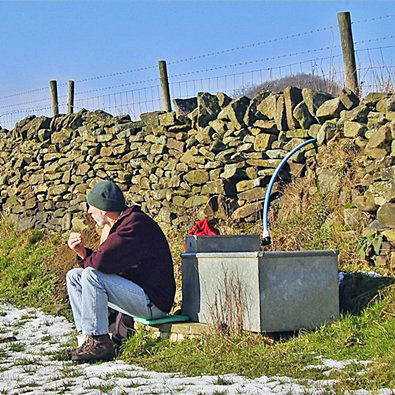 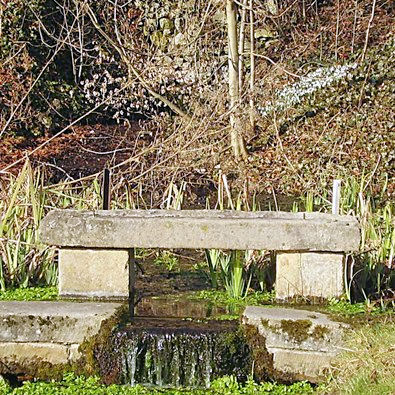 Stoney Middleton sits on a busy cross Pennine route and in a narrow cleft of limestone that in places looks to have been cut away specifically to accommodate the buildings. Passing through by car it looks a very difficult place to stop, so I have never even tried, but it has a fish and chip shop in the old Toll House which would be a welcome stop after a day's walk. The main purpose of this walk was an exploration of the village on foot to see what delights I'd been missing.

The first building to attract my attention, only because it has a plaque on it, is the Bath House beside which flows water from the spring with a constant temperate of 63 degrees Fahrenheit which sound pleasingly warm today. Beside the stream there are patches of white and on careful inspection one is not snow but snowdrops. 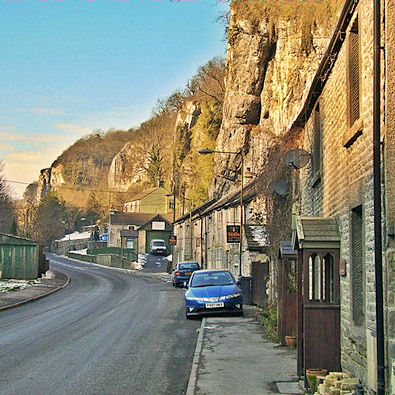 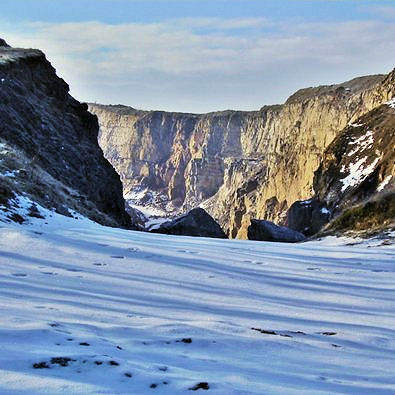 The church called for a second look being hexagonal perhaps built around 1815 when the lord of the manor attempted to establish the village as a spa. Next I spy a former mill built to harness the power of water which still cascades in a leat visible over the wall from the main road. The Inn looks quiet, potential customers perhaps discouraged, as I have been by the challenge of finding somewhere to park, but the chip shop customers have no such fears with a busy flow through the tiny premises.

It's now time to climb up the other side and I find a steep footpath which avoids a serious back track and brings me out by the still active Church of England Primary School. Two inscribed stones in the building offer some history and religious thought. "Train up a child in the way he should go and when he is old he will not depart from it".

Another climb but with a dip into Coombs Dale. Last time I was here twitchers were watching butterflies found only in limestone country and which only fly when the sun shone, it was one of those sunny interval days so they had a lot of waiting to do. We were on a Stephen Booth walk. If you enjoy a detective story and I assume you like the Peak District then try these gentle crime tales set in the fictional town of Edendale but with lots of locations named and easily identified throughout the Peak. On that occasion we were off to the scene of a murder at Black Harry Gate you can find it on the O.S. at the head of this valley.

Today you need to take navigational care, I missed this one and went stomping along the easy valley bottom track beside the stream when I should have been making a steady ascent on a path to my left. I was only off route a few metres horizontally but vertically it made a huge difference as I soon found when attempting to correct the error by a short cut. 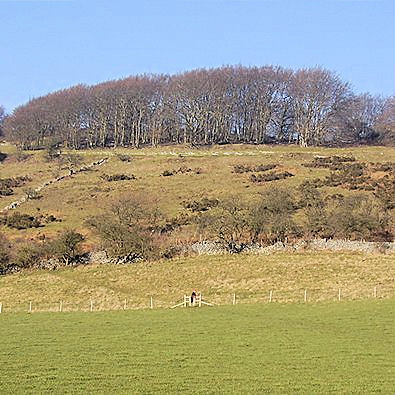 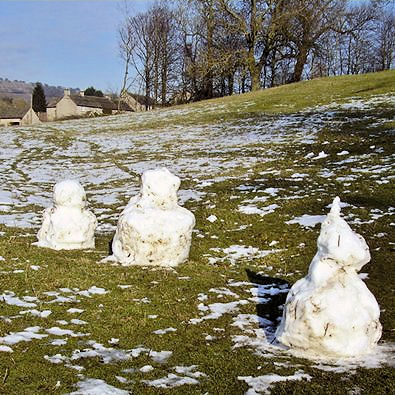 Great Longstone perhaps has more to offer than I discovered but my thoughts were on Little Longstone and my treat of the day. I note Mike's warning but we all have our foibles and I find a pint adds to the enjoyment of my walks. (For the sake of balance I bring to your attention The Hollow Dining Rooms where afternoon tea was available.) I have mentioned this inn before on my Monsal Trail trip so here I am back at the the Packhorse and a pint from the Thornbridge Brewery. I settle in a corner because tables by the fire are reserved but it's a good seat for observation, which is a great hobby of mine.

First off I see on the wall a print of a painting showing a bus passing through Old Brampton. This is the very route I had taken that morning and the print showed a bus from the same company Henry Hulley and Sons of Baslow with a half cab as used in the early 1950's.

The party arrived to fill the reserved tables. Two in red tail coats, a hunting party I thought until I realised they had brought their horses into the inn with them. Strapped around their waists were hobby horses. Also in the party a possible hunt saboteur and other young men wearing plus fours and tweed - the followers? Then I spotted another sprouting a tail, he must be the fox. I quiz the bar maid when she comes my way to clear tables. It's a stag party she tells me and the groom to be is the fox. They were certainly the hooray Henry type but it all looked good fun especially as the challenge required an Ordnance Survey map in a case around their necks. 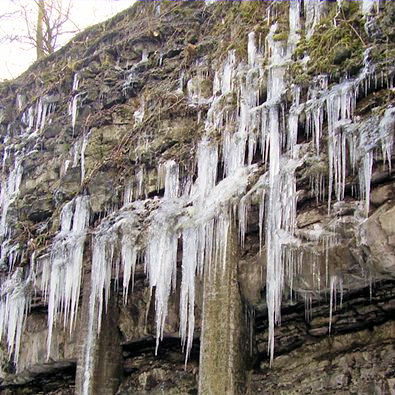 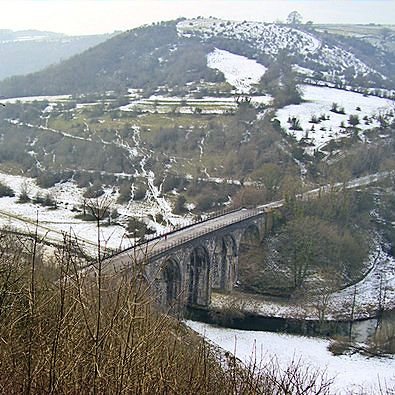 Icicle art on the Monsal Trail

I had planned this as twelve mile walk but realised there was time to spare so decided to extend it up to Monsal Head, drop down onto the old railway track and through the tunnel, I am pleased I did. Inside the tunnel I was surprised to see icicles on the wall then in the exit cutting another splendid ice display in this dramatic bit of the Monsal Trail.

It was quieter than my last visit but there were still those attempting to cycle and some who found the challenge to balance on two wheels too much. I stayed on the path edge in the rough away from the glassy surface which now the sun had disappeared was treacherous.

I always have the feeling that old railway tracks pass through the landscape and you can miss so much even though at times, on embankments, you can see much more. Footpaths, bridleways and green lanes are a part of the landscape and I feel connected to the fields and villages I pass through. So I left the Trail after a mile and made a very pleasant alternative approach to Bakewell passing Holme Hall, for the best view turn before arriving at the pack horse bridge both a bonus. Holme Hall 1626 but with earlier and later wings. The central bellcote said to bear the date 1628 and name 'Barnard Wells'. The bridge was built a little later c1664. 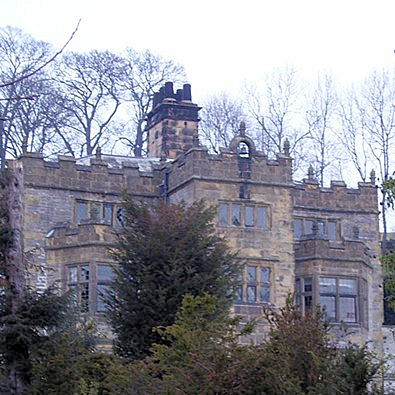 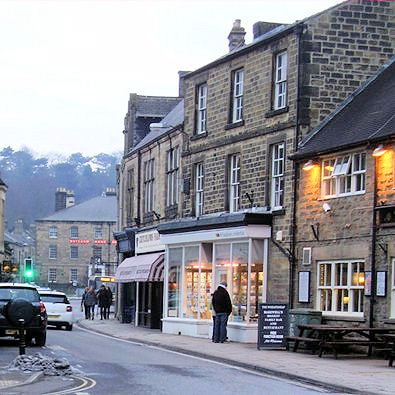 I followed in the footsteps of others alongside the Derwent but note that access over the wall was not ideal so best stick with the right of way just a little further along the road. Bakewell was closing down after another busy day of providing for the tourists who to my mind miss the best of the area by settling in the towns.