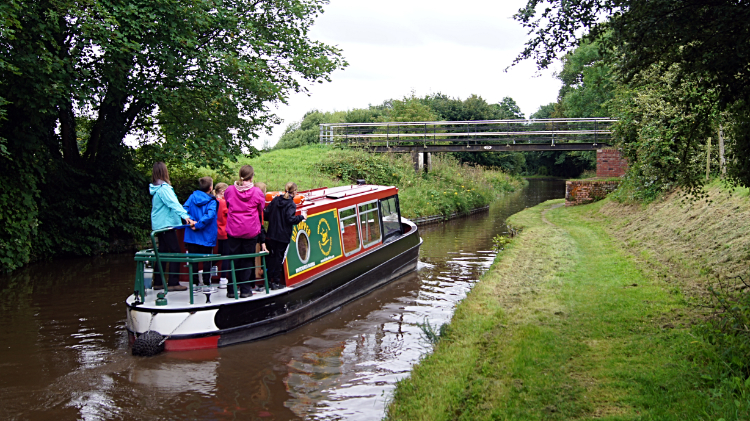 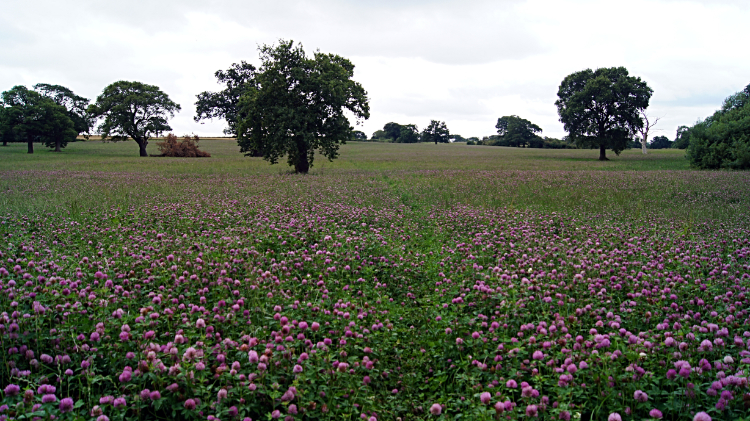 On the Shropshire Way near Whitchurch

It was not a good start. I had just completed the Sandstone Trail which had been well maintained throughout its thirty two miles from Frodsham to the Llangollen Canal at Grindley Brook. Now I had joined the Shropshire Way at its north end I had expected much of the same trail management. Not likely, I was immediately walking a line through long grass which was wrapping around my boots and trouser bottoms. "Oh well, at least this is true nature" I thought as I heaved my way through the long grass. There was a semblance of a path. But not much footfall had been on it. I had expected more. My plan was to walk the Shropshire Way from north to south, first to Shrewsbury and then cutting across to Ironbridge Gorge by the Severn Way, resuming the Shropshire Way to Much Wenlock, Wenlock Edge, Church Stretton and on to conclude in Ludlow. In all, a week of wandering through Shropshire. The first field was not much fun but I got it done. 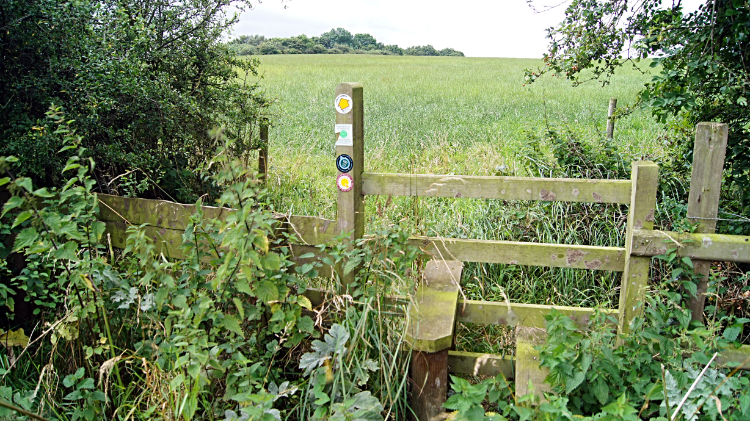 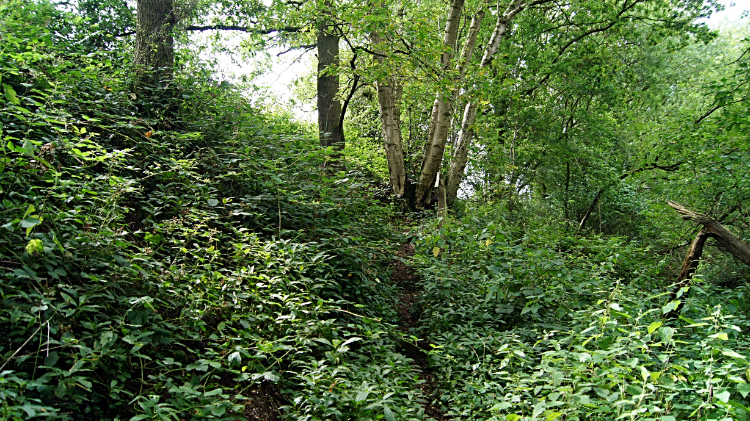 The disused Ellesmere to Whitchurch railway

At the end of that first field I came to my first stile and once again I was not impressed. I had read the Shropshire Way was a popular walk, walked by many and well loved. It did not appear to be the case here though. Perhaps people avoided this overly rural north side of the way? The stile, between the field of long grass and a field of wheat had a sign saying "Improved for you by volunteers of Whitchurch Parish Path Partnership" but that must have been placed a while ago. Grass had grown high since. I struggled through the long grass and between nettle patches to clamber over safely. Then I walked around the side of the wheat field to another stile, equally overgrown, and around another field. No discernible path was evident but at least the stiles were there and manageable. After the three fields I walked through a copse hiding the disused Oswestry, Ellesmere and Whitchurch railway. Over the line of the pulled up lines I continued via more rural fields, one while hemmed in by Maize to eventually reach the sanctuary of open road leading to more fields of fun and again to more open roads. 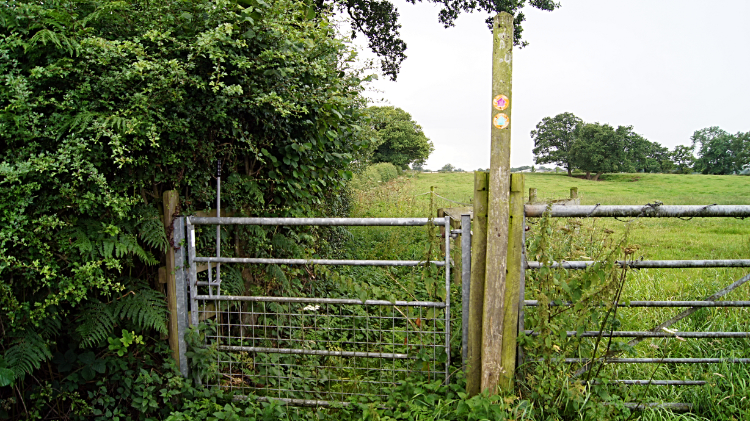 The gate of discomfort 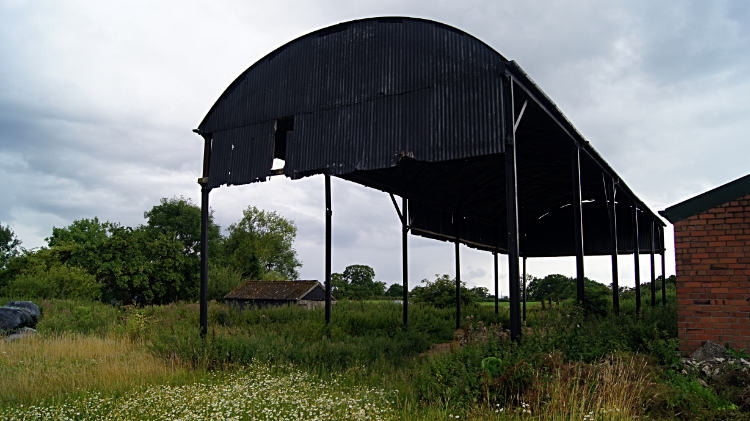 Crossing a road near Welsh End I came to a field where the Shropshire Way was hemmed in to a narrow strip on the left hand side. Barbed wire marked the demarcation line. I titled it 'the gate of discomfort' because there was no way I was going through it. The field was used for farm stock and thus had short cropped grass; easy to walk over. The narrow line of the Shropshire Way was completely overgrown. The grass was over waist high. There were brambles untended and swathes of nettle growth too. I left the walkers gate and jumped over the field gate, walking easily across to the next field. This one had very inquisitive cows. As I walked across it they came across the field, sniffed at me with their wet noses and then proceeded to follow me as if I was the Pied Piper. They were no problem despite the close attention. After the bovine encounter I came to an old farm with old farm buildings and falling over bits and pieces. Then, just as I reached the hamlet of Hollinwood I had loud bangs, noticed flashes of light and ascertained a storm was coming. "This is going well" I said to myself, remarking on the start of my Shropshire Way adventure. Two minutes later it was pouring down. 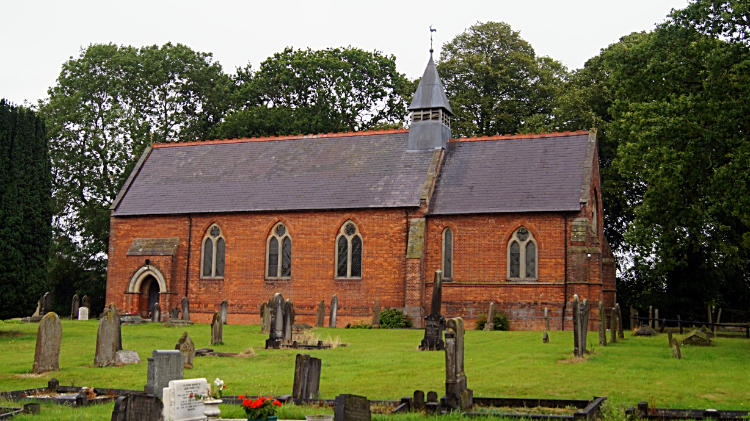 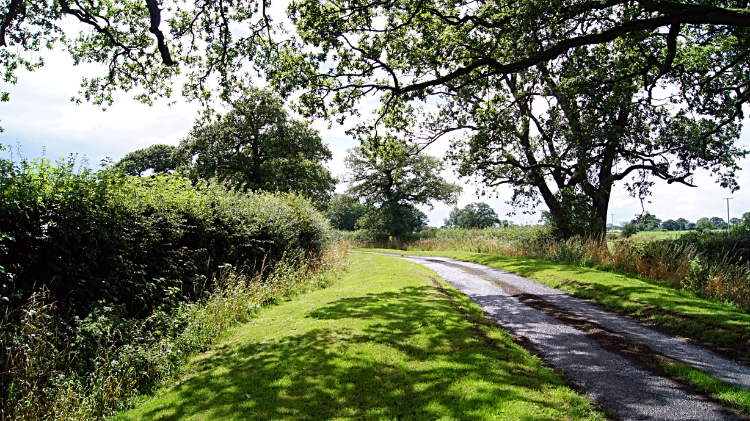 Already wet from foot to knees by walking through unkempt long grasses I did not fancy being soaked up top too so I stopped under a tree and waited for the worse of the storm to pass. Though it did quite quickly the lighter rain which followed was reluctant to end so I donned my wet gear and walked onwards from Hollinwood. I headed south on lanes, roads and across more fields to Whixall, apparently the third largest village in England. The claim is a bit far fetched, the Whixall I saw was tiny and the representation of size is because of an accumulated scattering of seven tiny villages being lumped into the classification of village. No way. Anyway, it was pouring down once more as I hunkered in shelter while in view of Whixall Church. I stood for ten minutes hoping for a respite and my hopes were answered when it stopped raining soon after. Now the sun came out. I was immediately in much better spirits and I bounded on my merry way from Whixall, following tarmac road for a mile before heading into fields again. 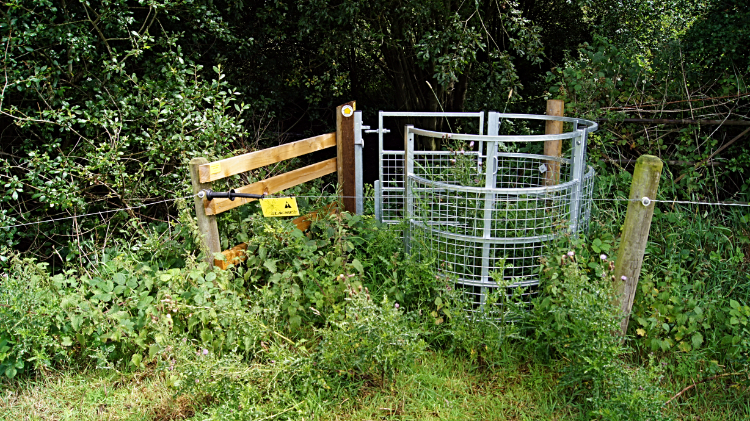 The gate and the electric fence 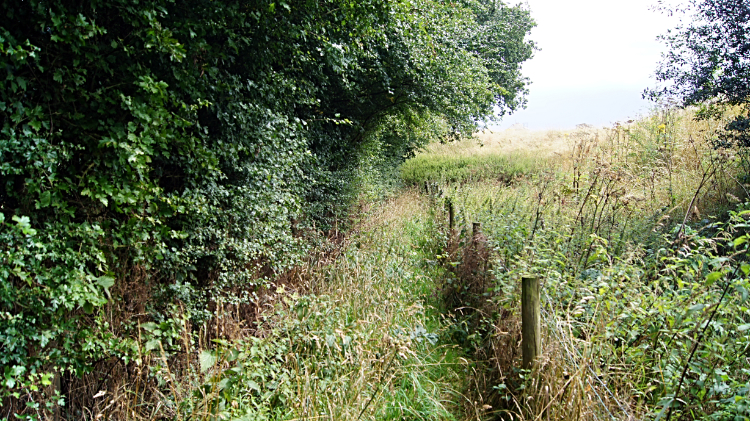 I had not had problems with fields, stiles, gates, long grass or nettles for a while. Since before the rain but now on a stretch of field crossing to Edstaston I came to a real problem. After crossing a field, not too bad a crossing, I came to another gate on the Shropshire Way. A new gate but already surrounded by high patches of nettles. A sure stinger. Worse still, there was an electric stock wire right across the gate. And I did not know how to get around it. I was stuck so I walked along the barbed wire fence line a little bit. Then I took my wet gear, which I had put back in my rucksack out again and threw it over the nettle patches before crawling under the barbed wire and shuffling down to the gate and making my way into the next fields. No electrocuted, well relieved. Subsequently I found out there was an insulated handle to remove the electric wire from across the line of the gate but only after posting the picture on social media. There were no instructions at the gate. My fun was not over. As I approached Edstaston I came to another hemmed in section of the Shropshire Way which was unwalkable. More waist high grass and nettles. This time the problem was that the adjoining field was as bad so I had no option but to wade through it with arms held high. Great fun it was not. 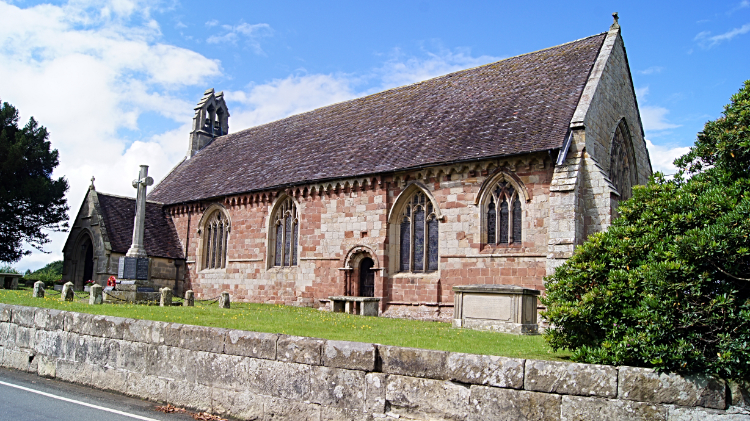 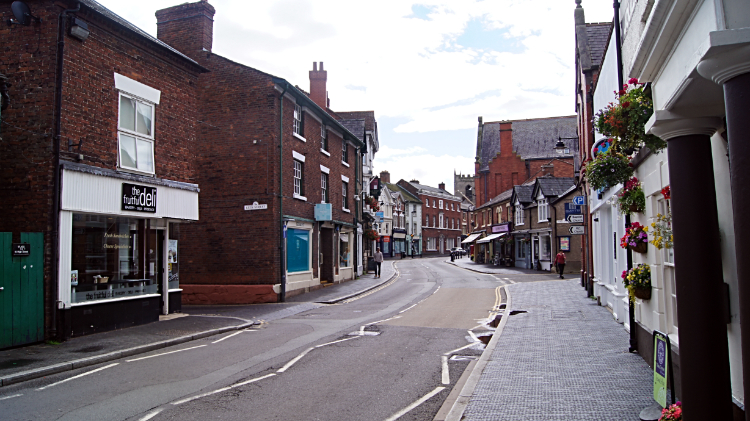 From Edstaston to the north Shropshire market town of Wem the going was a lot easier. Which was just as well because I was tired of walking through thick long grasses, stinging nettles, bushes of docks and every other unkempt growth on the Shropshire Way between Grindley Brook and Edstaston. It had not been my idea of a long distance path at all and surely it could only get bettor as I headed into the heart of Shropshire and the more well known walking areas of the county. And at least Wem was nice an quiet. If a little old worldly and behind the times. My kind of place. As Professor Richard Hoyle, Chairman of Victoria County History Shropshire put it "Wem is an archetypal medieval-planned castle town and as such, can take its place alongside the best examples in England. I will go along with that. Oh, and after the trials and tribulations the worse of the Shropshire Way could put in my way I had a luxurious evening stay at the Old Rectory. Posh eh!