Summary: This delightful walk explores the best of Arundel, the premier market town of West Sussex. Dominated by a restored and remodelled medieval castle the town has been a focal point in the region since the Normans and as a result has many grand buildings which are passed on the first part of this walk through the town. Afterwards the walk continues through the gorgeous greenery of Arundel Park, including a lakeside walk, to reach a wildfowl reserve, itself leading to a finale along the bank of the River Arun. It is gorgeous walk all the way. 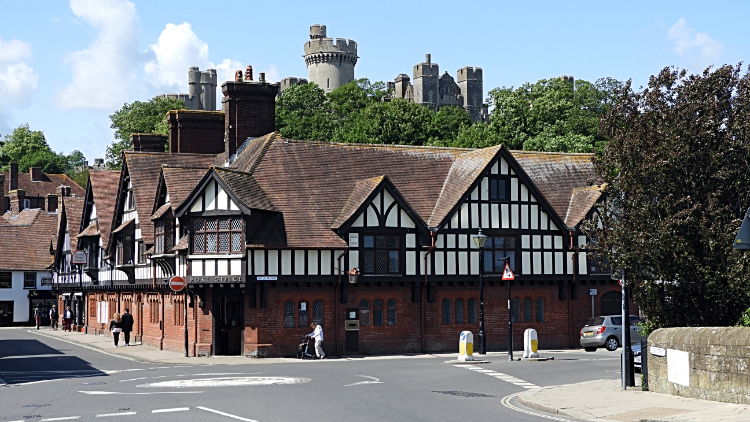 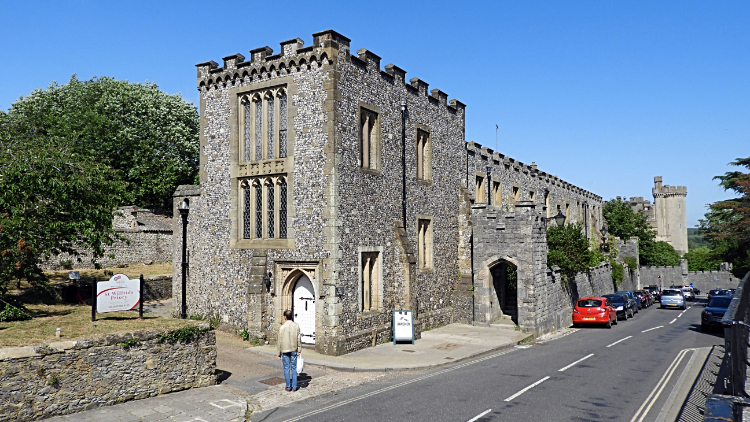 After walking just short of fifteen miles from Bramber on the fourth stage of my South Downs Way walk I had arrived in Arundel on the most gorgeous sunny and warm summer's day at a little after two o'clock in the afternoon. "Too early to take a break before evening on such a lovely day" I said to myself, adding "Explore Arundel? That is what I shall do". I had been given access to my room at the Norfolk Arms Hotel and so after dropping off my backpack I left my room and the hotel to go about looking around. Having a town guide from the hotel lobby at hand I saw where the park was and decided to head there by following the castle walls uphill along High Street from my nominal starting point of Arundel Bridge. The castle walls, with rounded sentry turrets set at regular intervals were an impressive view to walk on by. As was the castle like building of St Wilfrid's Priory which has kept up good work since monastic duties. In the 1960's and 1970's the priory served as a children's home and since then as a care home. Well done to all concerned for that. Also impressive was the magnificent religious building towering over the priory on the other side of the road. I never knew there was a cathedral in Arundel but there it was. Arundel Cathedral of Our Lady and Saint Philip Howard is a cracker. 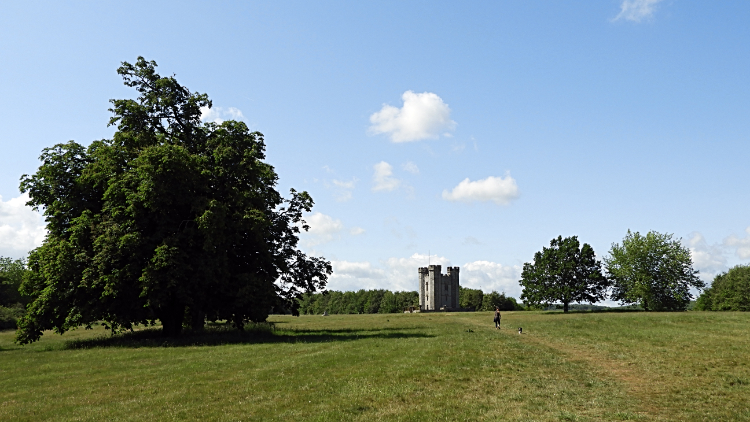 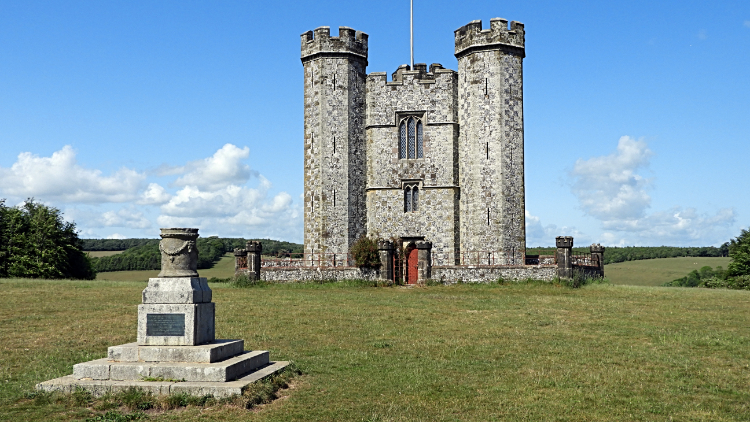 As much as grand buildings take my eye and as much as the hustle and bustle of street life thrills me I have to admit I like nothing better that turning the corner of a busy street and entering a place of peace and tranquility. So long as it is beautiful too. Arundel Park ticked all the boxes. From my entry point to the park off London Road my first part of the park was just me, the odd dog walker here and there, and the lush park lands leading north across the Plantation of a few dispersed trees and swathes of open grassland to the attractive folly of Hiorne Tower. A Grade II listed building, it was designed and built around 1787 under the superintendence of the architect Francis Hiorne of Warwick on the instructions of the Duke of Norfolk. Why? There is a lot of debate as to the real reason for building the folly but who cares. The result is an appealing sight. 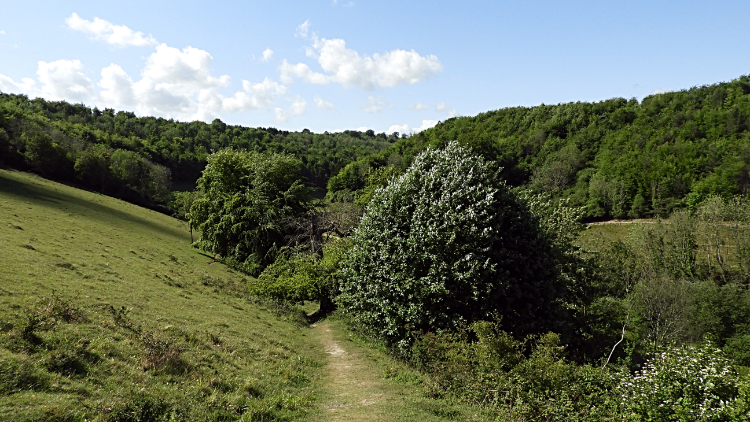 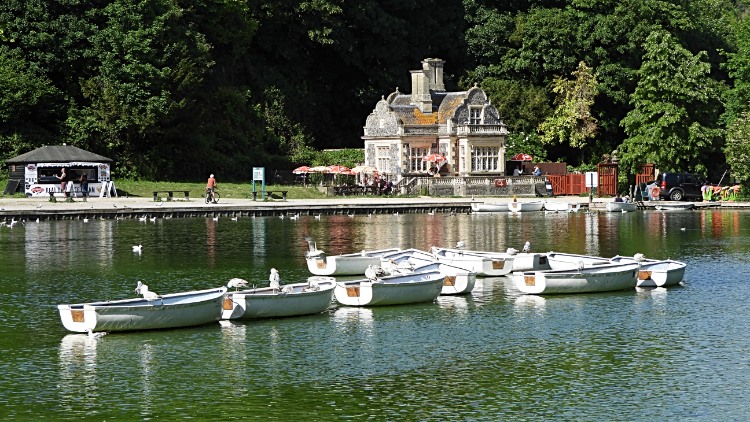 From Hiorne Tower I followed a path leading through woodland and down a grass bank to the north edge of Swanbourne Lake. Looking from my vantage point on the bank I could see my route along the Monarch's Way to rejoin the South Downs Way path tomorrow. That was for after a good night's sleep though. Now I simple eased my way down the grassy bank to reach lakeside from where I coursed southwards and along Swanbourne Lake. Along the way by the lake I stopped for ten minutes to watch a Coot showing its young chick what to do in order to feed itself. It kept diving down by the click and after 20 seconds or so surfacing with a bit of pond weed. It fed the chick too. All was well with their world as it was with mine. Soon enough I resumed my walk and a few minutes later I arrived at the south side of the lake. Swanbourne Lodge Tearoom was across the way. 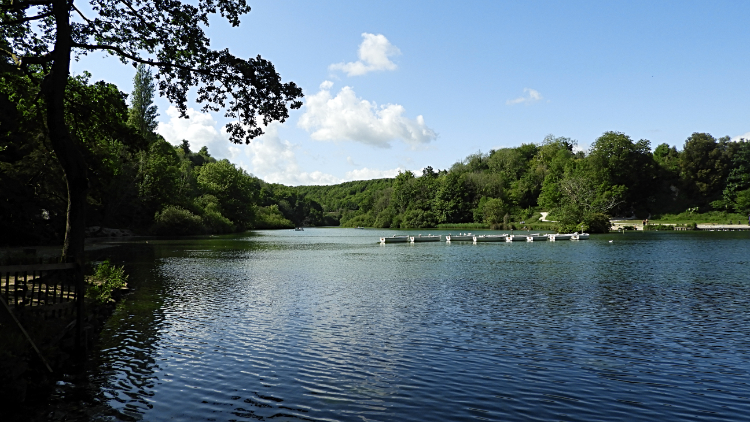 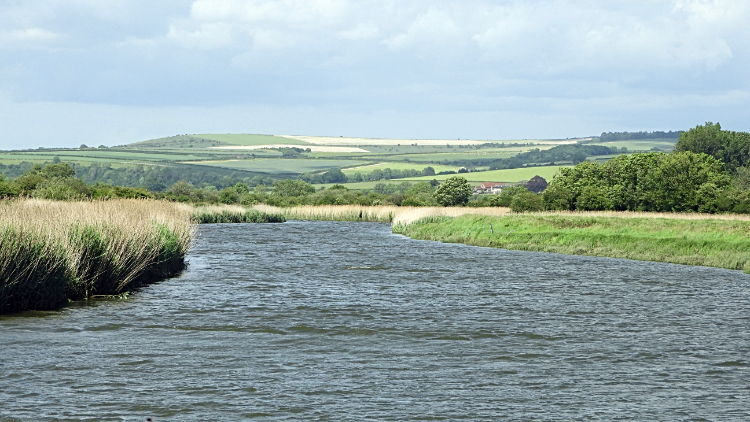 Swanbourne Lodge Tearoom looked too busy for my liking so instead of popping over for refreshments, which I did not really need, I stood by the lakeside to watch the stirrings. These included watching a group of first year gulls standing in a line on the prow of a moored leisure rowing boat, all preening themselves. Adult gulls sat beside them, doing nothing but look out across the lake. More Gulls had built nests upon the lake, waiting for eggs to break and chicks to join the fray. swans and Ducks just lazed. Or waddled among folk in the seating area beside the tearooms in the hope of a crumb or two. After a final early evening view across the lake I left the scene to amble along Mill road and over Mill Bridge to follow the path leading on the south far side of Arundel Wetland Centre. One of the endangered species protected at the centre is the Hawaiian goose, or Nēnē, the rarest goose in the world. So rare I could not spot it during my brief walk by. I saw a few more common native ducks in the reserve and out of it too, leisurely cruising the River Arun or resting by it. 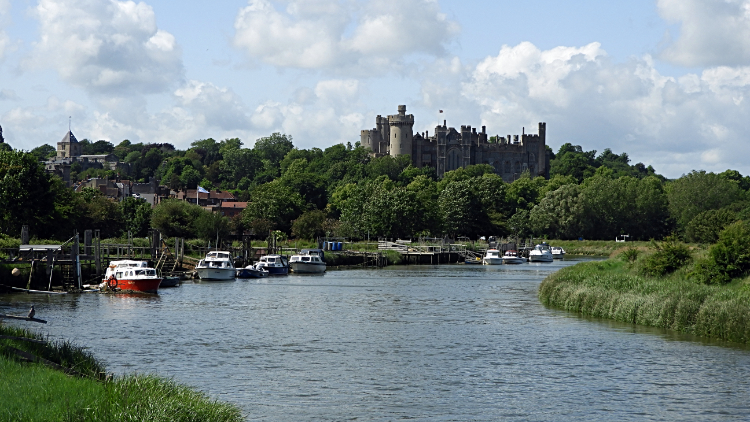 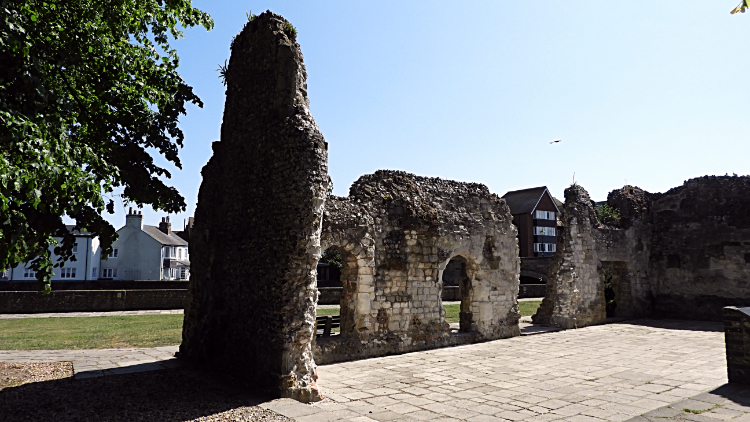 It was a chill out afternoon, that was for sure. After my pace walk with heavy backpack a couple of hours earlier during my South Downs Way approach to Arundel, this time I was in no rush at all. Often I stopped walking altogether and tarried, taking in all the atmosphere and all the remarkable views on offer. Such as the one looking along the River Arun to Arundel with the high ramparts of the castle completing a scintillating view. My late great dad was born on the coast near Arundel just before World War Two and used to visit here as a youngster and as a young man before National Service took him away. He will have loved this picture as much as I was. Thinking of it and with a gulp in my throat I so wished I had been stood watching over this view with him. The thought was pleasing.

A little while later I was back beside Arundel Bridge and after a look around the diminutive ruins of Blackfriars Priory I headed back to my hotel to shower, rest and change. In the hotel bar there was an offer, five half pints of real ales in one of those glass slotted strips of wood. One was called Scafell Pike. Yes, I tried it and good it was. They all were. In fact everything about my day from start to finish had been just the best.