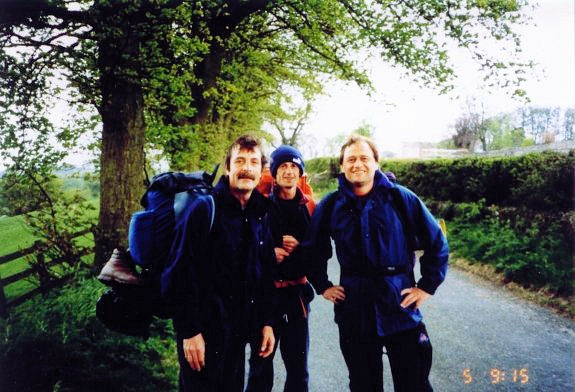 My smile was forced here, my feet were in agony 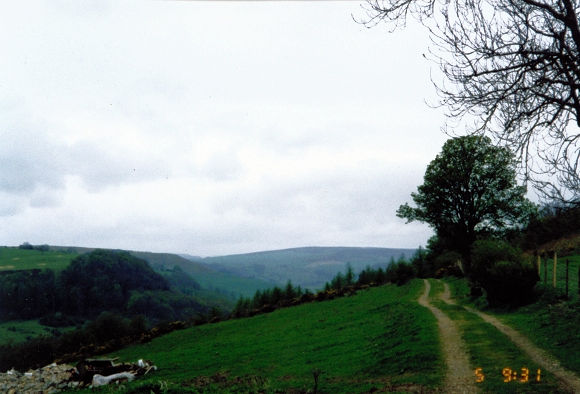 Walking from Richmond to Whitcliffe Wood

Today was the first short leg of the walk at just over 10 miles. The super fit could do this and the next stage of the walk together but the state my feet were in made this option impossible. In any case the walk was over one third done now and today and tomorrow would give us the chance to take it easy and explore the sights and beauty of Swaledale. And so, after I had struggled to eat my hotel breakfast that was no way the fault of the cooks, it being due to my lack of appetite because I had endured a painful night, we left the conurbation of Richmond behind. It was drizzling slightly, our first rain of the walk as we set out with an ascent to Whitcliffe Farm at 221m. At this vantage point the first views of Swaledale could be seen and we continued on, walking on level ground through Whitecliffe Wood and on to Applegarth Scar. As with yesterday the first few steps of the day had been painful for me but I was now feeling OK. I found it a little surprising that neither Steve nor Dave were yet suffering any pain. Or perhaps they were not telling me. 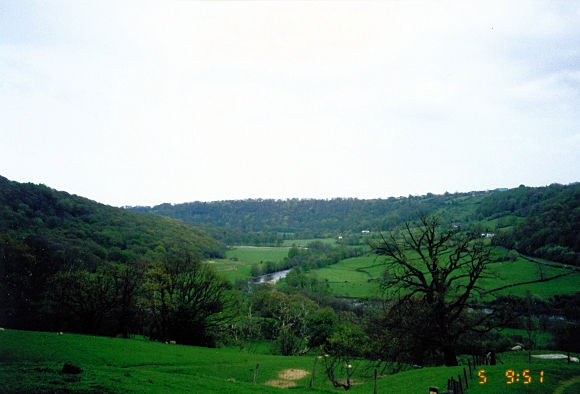 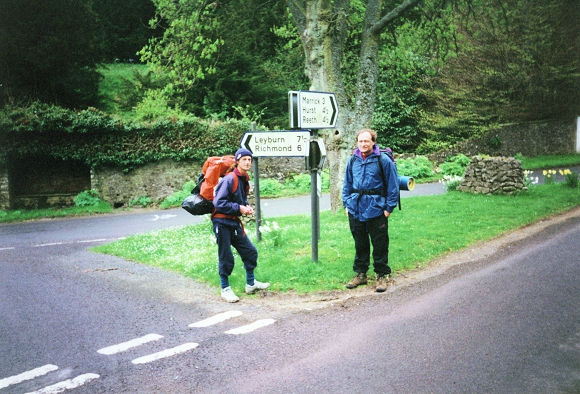 At the halfway point in Marske village

After Applegarth Scar we dropped down into pasture and walked through fields into the quiet hamlet of Marske. The fields were OK, the stiles linking them were a pain. Immediately after the village we made a stiff roadside climb for about half a mile and then continued over a stile and through fields to Hollins Farm. At the farm the going levelled out somewhat and we then enjoyed an easy walk to Marrick. Once through the village we made a steep drop through fields and a wood to Marrick Priory now part farm buildings. However there remains a handsome tower building to view nestling alongside the Swale. Still feeling OK and not too far to go until Reeth I continued on my day's task. From the priory we tracked the river upstream to Grinton Bridge and then immediately continued on towards Reeth. Although there was no rush as it was only around noon the boys increased their pace as we got closer to our goal. This I couldn't do for as soon as I started to increase the pace the feet went again. As I hobbled into Reeth I really hoped my feet would start to recover soon and leave the pain of walking behind. This was not funny at all but it did not stop me having a few pints with the lads in the afternoon. We did not make the night session though for after eating early in the evening we were all jiggered and in bed early. 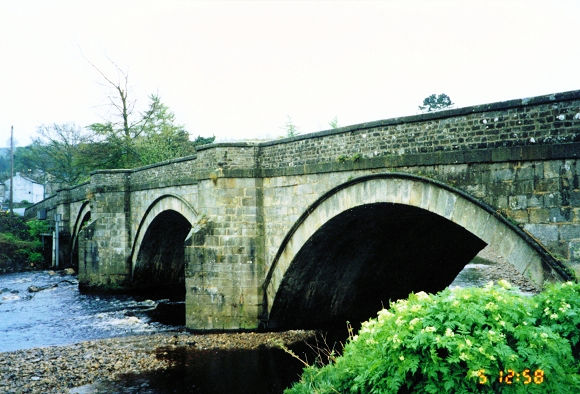 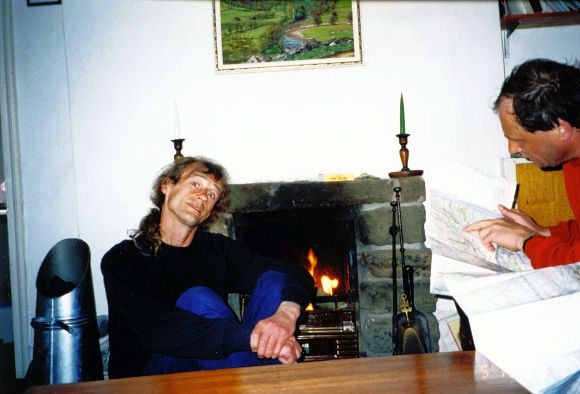 Chilling out in our Reeth accommodation

Note of interest - A large green is to be found in the centre of Reeth which is as quiet a Dales village as it was many years ago. The pace of life is maintained at leisurely in Reeth and it is home to an unofficial council of townsfolk who meet in the bus shelter on the village green to discuss the matters of the day, much as they have done so for many years.