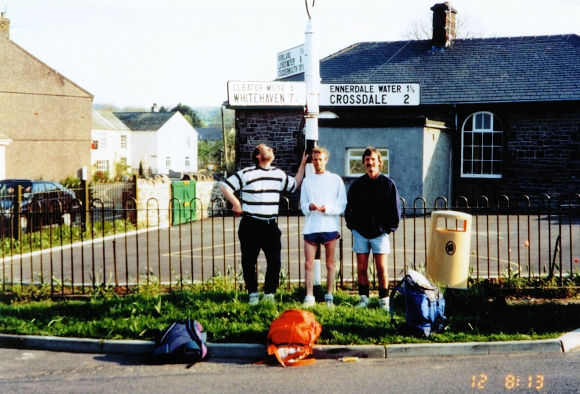 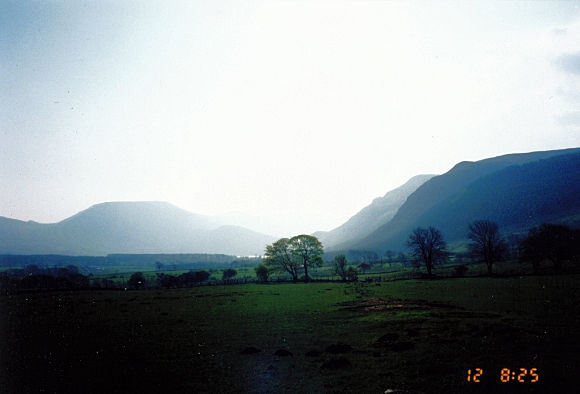 And finally our last day has dawned, the final day of our first long distance walk. We woke up to another lovely day, a little misty at first but promised fair thus keeping with the good weather during our journey. For the first 12 days of May 1994 we had been very lucky. People we met who had gone from west to east said they had awful weather in the Lakes and that made us feel even better for choosing the lesser walked alternative. The east to west decision had rewarded us well indeed. Yet it was a poignant time for the three of us. We had so much enjoyment on the walk that we were loathe for it to end. We had discovered the unique camaraderie that develops on such a long distance walk. We all had our moments when it was best to leave well alone. We did just that. 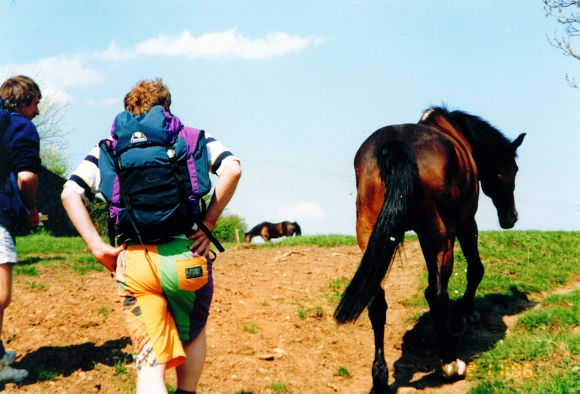 An equine guide leads us onwards from Cleator 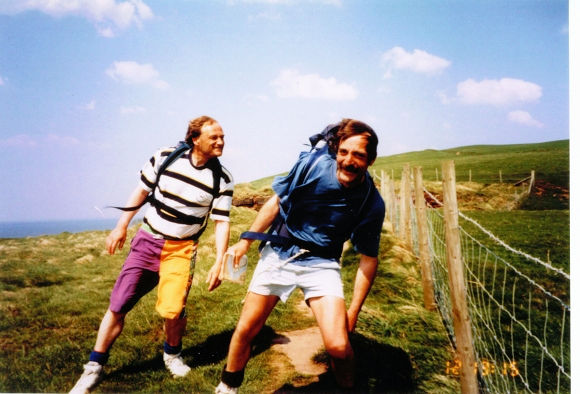 The final coastal leg was a windy one

Today's walking was pure joy and I was full of euphoria. The walk from Ennerdale followed roads to Blakeley Moss and then a beck side to Nannycatch Gate an area of typical picnic site tranquility, like so many we had passed during the last 12 days. After this delightful interlude we ascended Dent via Udale plantation. At the crest of Dent we stood and looked to our goal for the first time, the west coast and the Irish Sea. The sun was out by now, almost to request and the sea glistened in the distance. A hasty descent of Dent was made. We were on a roll now and dropped quickly into Cleator and then to Moor Row, both villages once booming with industry but now in decline like most of this West Cumbria area. Now down to practically sea level and with no more climbing ahead of us we continued on and made haste fro the coast, almost at a trot at times. Nearing the Coast the wind could be felt and as we hit the coastline the sea breezes we so strong that we had to walk at an angle into the wind to stop it blowing us over. Holding on, we walked to St Bees and reached our goal. The deed was done, a brilliant experience and a great time in the company of my two best walking friends. Thanks Dave and Steve, the experience would not have been the same without you. 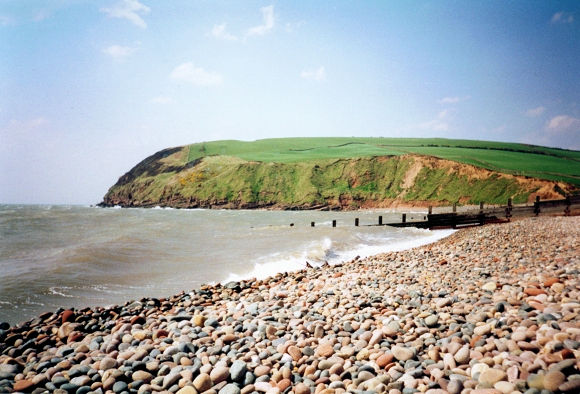 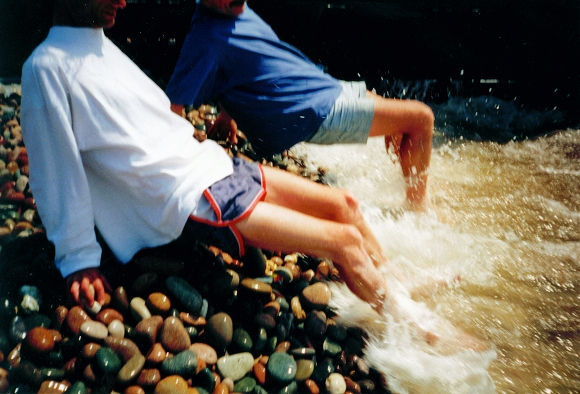 The boys do the traditional dip to complete the walk

We celebrated by popping into St Bees and enjoyed a pint of good ale together in a local pub before making our way to the train station in order to travel back to Leeds via Carlisle. We naturally chilled out on the train and during the journey my mind often wandered back to some of the many great moments of this fantastic walk. All too soon I was back in Leeds and quickly immersed in stark reality. Oh well, there is always next time. And there will be a next time. This walk has got me hooked into long distance walking. What's next then guys? In conclusion, this walk is a fantastic way to spend two weeks and it will make you feel better in health and proud to say you have done it. With a little training it is not that demanding to do as long as it is treated with respect and done in conservative sections. I recommend it to all.