Stage 2: Newcastle to Heddon On The Wall

Summary: The second stage of our Hadrian's Wall National Trail adventure took us from the hustle and bustle of Newcastle Upon Tyne's popular riverside area to the outlying districts of the city before eventually seeing us leave the cities built up areas and into true countryside. Most of the stage was walked alongside the north bank of the River Tyne until we left it to climb for the last hour up to Heddon on the Wall.

The Walk: Having spent a great evening exploring a few select pubs in Newcastle we woke up to sunshine, a rare commodity in 2012. Heartened by the weather we quickly had breakfast, prepared for the days walking and set off from the Jury's Inn, our hotel in Newcastle to find our way back to the riverside. The sun continued to shine as we set off on our journey west and we walked in good spirits looking forward to a good day walking. 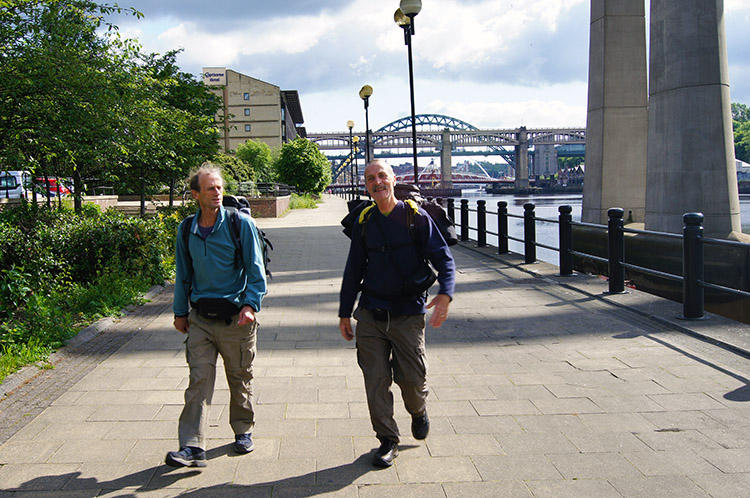 Steve and Dave make their way from the city 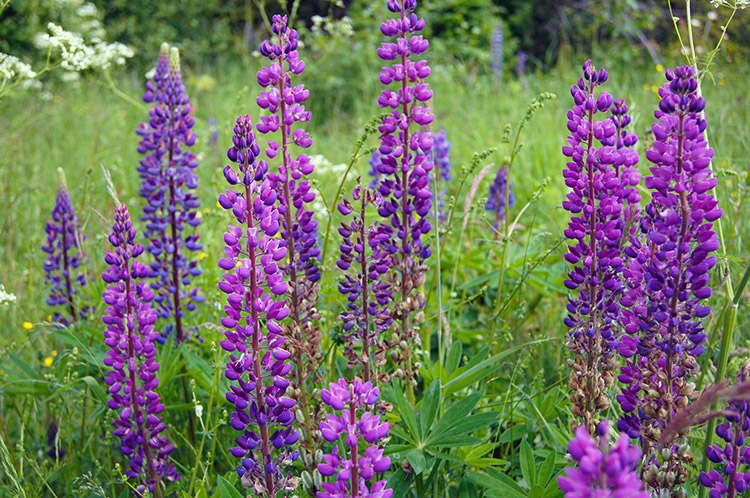 After walking past the remaining iconic bridges of the Tyne which included the Queen Elizabeth II Metro Bridge, the King Edward VII Railway Bridge and the Redheugh Bridge we left the high buildings behind and walked towards Scotswood. Highlights of the stage from the start to Scotswood were some impressive modern sculptures and an artistic rock formation on a wooden quay, as well as views across the water to Dunston and Blaydon. Steve also enjoyed a nostalgic moment when he spied a host of Pigeon Lofts between Elswick, South Benwell and Delaval. He saw a few Pigeon Fanciers sat relaxing outside their lofts looking out over the river and said "That was me when I was a lad". I mentioned as a boy that my father kept Fantail Pigeons but it was not a passion I ever contemplated taking up. Leaving the thought of childhood hobbies behind we continued on toward Scotswood. The sun kept shining and we kept smiling as we ambled along. 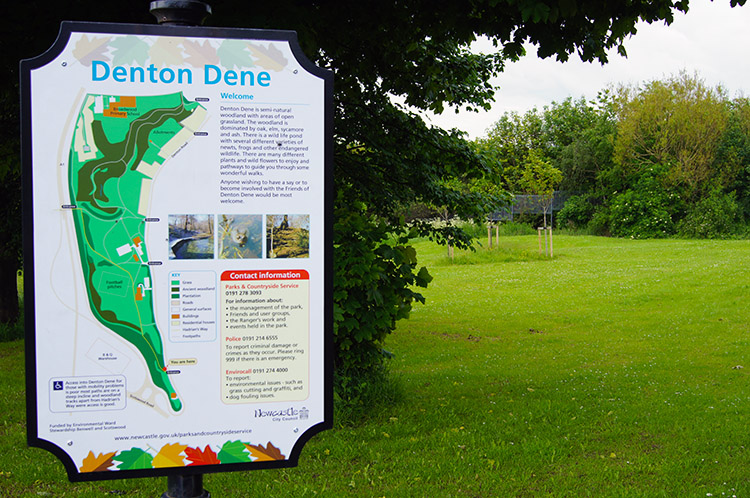 Walking into greenery at Denton Dene 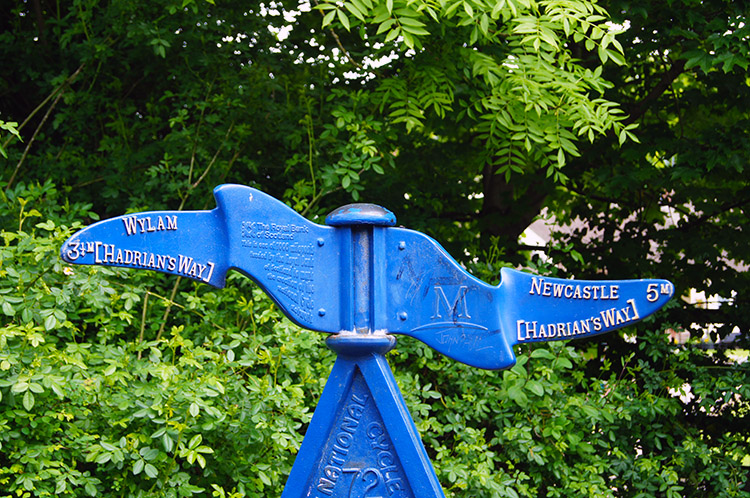 Distinctive way signs point us in the right direction

After one and a half hours walking we had covered just over three miles and left the riverside to climb up to Scotswood. After Scotswood we left urbanisation for the first time to walk through Denton Dene, a small neatly managed piece of green tranquility in the city. It was our first sense of quite but not completely as the noise of traffic increased while leaving Denton Dene to cross a footbridge spanning the busy A1. From the road bridge we walked through Bell Close to join a long straight track which took us past the suburb of Lemington, but not before we stopped at the Lemington Centre to enjoy a hot drink and a bite to eat. The people running the centre were delightful and the food and drink was excellent value. I thoroughly recommend taking time out from the walk and stopping there for a break. After our refreshments we continued on along the straight track and back towards the riverside. 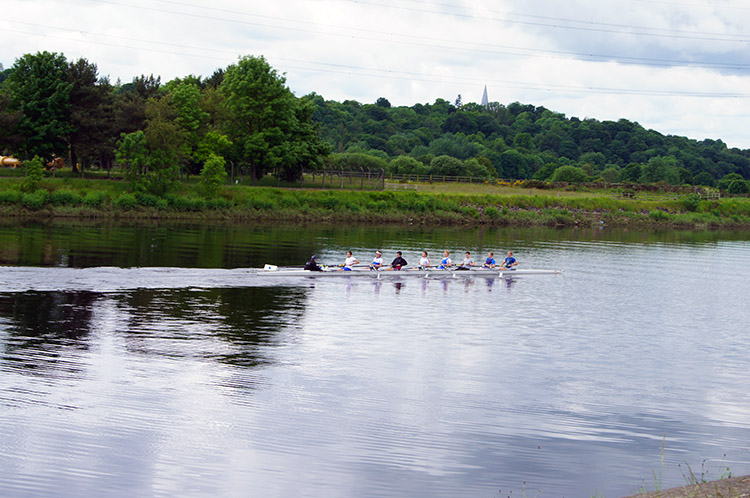 The next generation of Olympians? 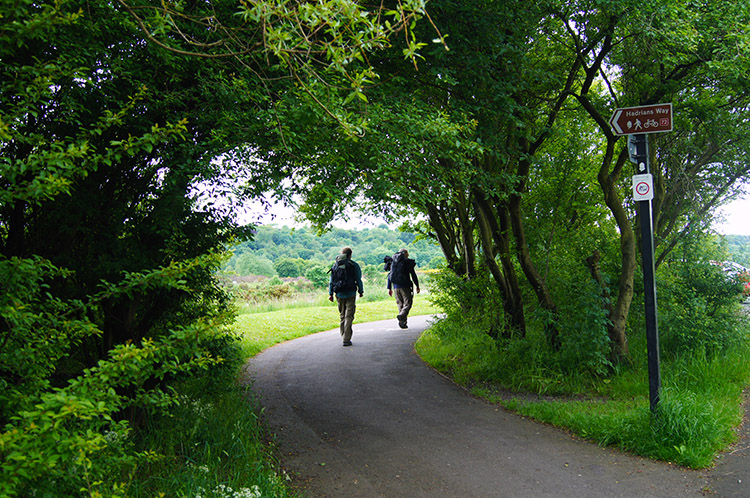 After passing Lemington we soon came to Newburn, site of a battle in 1640 between the Scottish and English which was won by the Scots, leading to a setback for King Charles I who two years later was forced into Civil War and after another series of battles he lost that campaign too along with his head. Immediately after the battle site we came upon the site of the Tyne Rowing Club and appropriately we saw an eight man rowing crew skull by in impressive manner. It did not take long for them to row out of sight as they headed upstream towards Clara Vale and Wylam. After leaving the Tyne Rowing Club building we left the sight of buildings completely and for the first time we were in true rural surroundings walking through Tyne Riverside Country Park. Brick gave way to wood on a tree lined avenue and soon tarmac gave way to unmade ground. 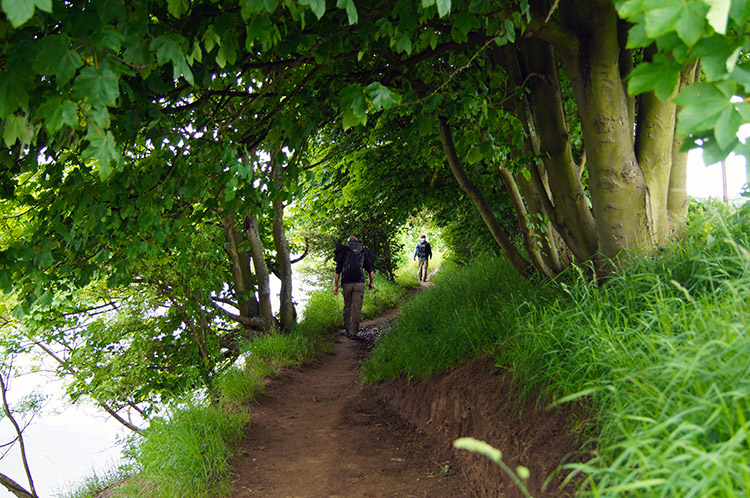 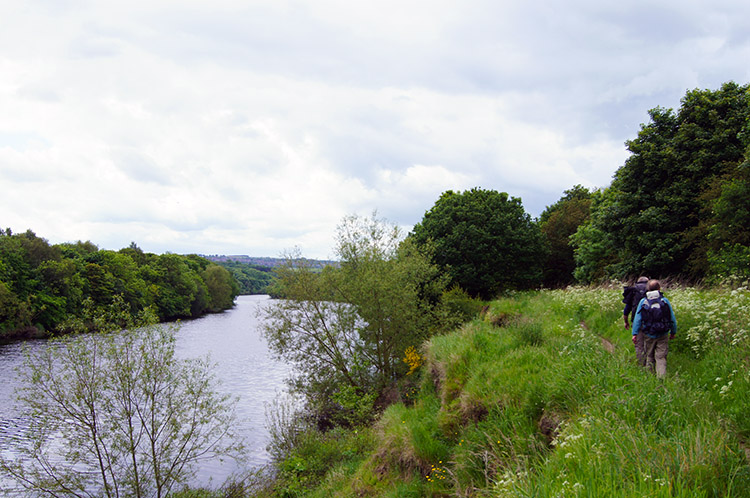 Into open country beside the River Tyne

The next section of walking was sublime, our last section alongside the River Tyne being really special on sheltered waterside tracks with mature trees sheltering us from the sun which was now becoming hazy and then on good paths across fields. Dave, Steve and I all had a sense now that we were getting into proper walking country and it was not too long before we had to bid farewell to the splendid River Tyne which had been our companion since setting off from Segedunum Fort in Wallsend, nearly 14 miles ago. The first section of walking away from the river took us north across Close House Golf Course. 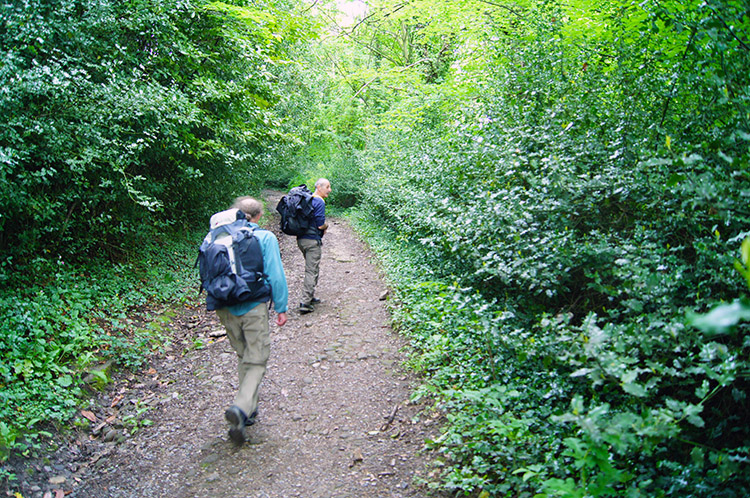 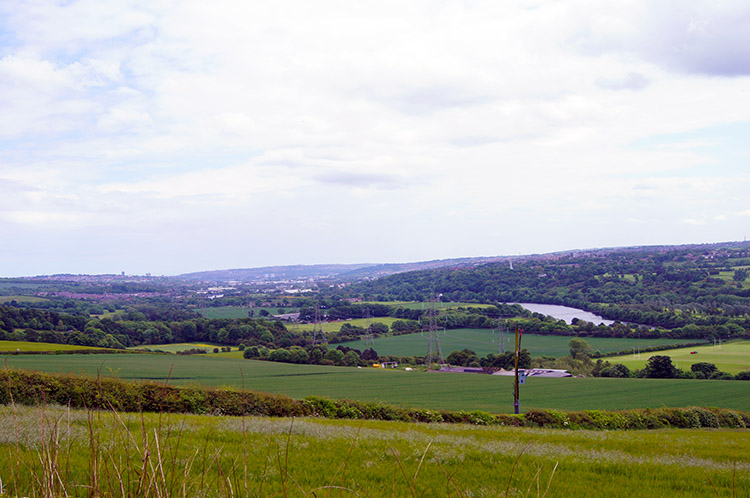 View back to Newcastle from near Heddon

From Close House Golf Course we headed straight into Ashbank Wood and to the first significant climb of the walk, a short sharp 50 metre haul through the woodland and then on a track to Close Lea from where we turned on a dog-leg to the right and past West Acres towards Heddon on the Wall. After walking past the buildings of West Acres we could look back south-east across an expanse of green field towards Newcastle Upon Tyne. We could make out some of the places we had walked past on the walk including the rowing centre and some of the cities higher landmarks. We turned to continue walking up into Heddon on the Wall, bidding Newcastle Upon Tyne farewell. 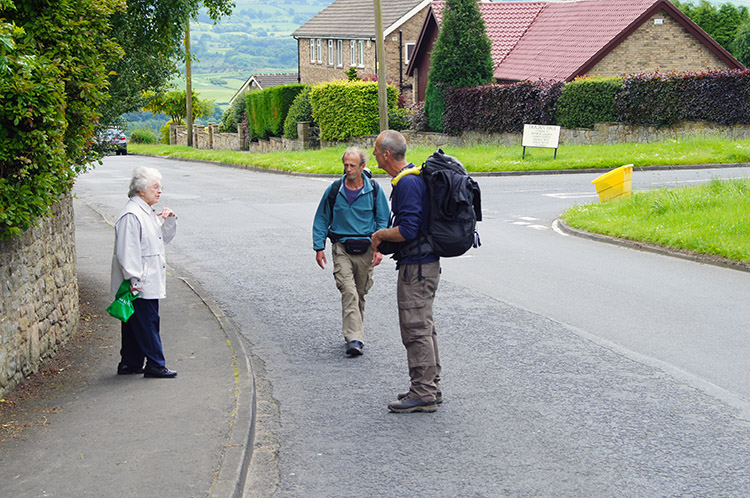 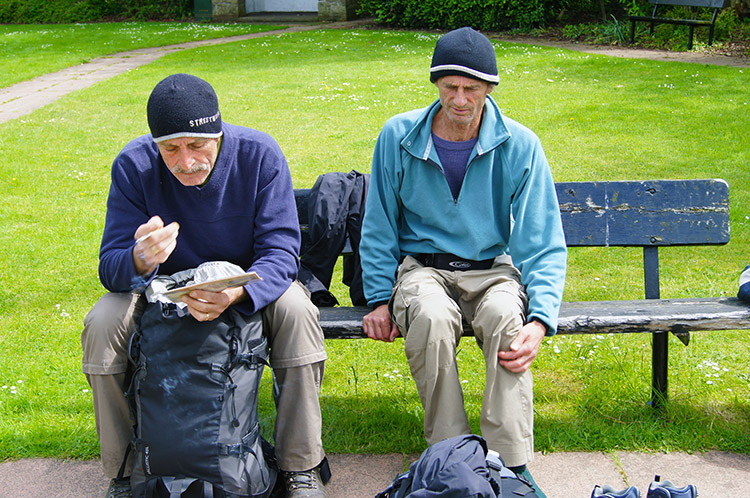 Resting while waiting for the bus in Heddon

Walking into Heddon we needed to work out where the bus stops were as we were booked in Wylam, a village beside the River Tyne and three miles away. To find out where the stops were Steve asked a village expert and once put on the right path through the village we headed to the appropriate bus stop. We found out we had a near hour wait so we sought out a cafe which provided us with good local fayre, albeit a little more expensive that our earlier break for refreshments at the Lemington Centre. We sat outside in the sunshine which had broken through again and once seated the three of us were joined by a policeman and then by two more local police officers. They were good fun, we had a good chat and learned about their busy schedules while taking our break before bidding them farewell to return to the bus stop. There was still 15 minutes to wait so we sat in the small park in the village centre. As we sat we got a spot of rain. It did not last too long but I felt it was a warning of things to come on the higher remote parts of the walk. We'll see.... Oh, I forgot to mention. Still no sign of Hadrian's Wall but I do know we will see it tomorrow. What will come first, rain or wall?