107 St Austell and Liskeard
105 Falmouth and Mevagissey
Please note that while we divert from the true path on occasions the map and track files for download are of the full permissive route for each stage we did. 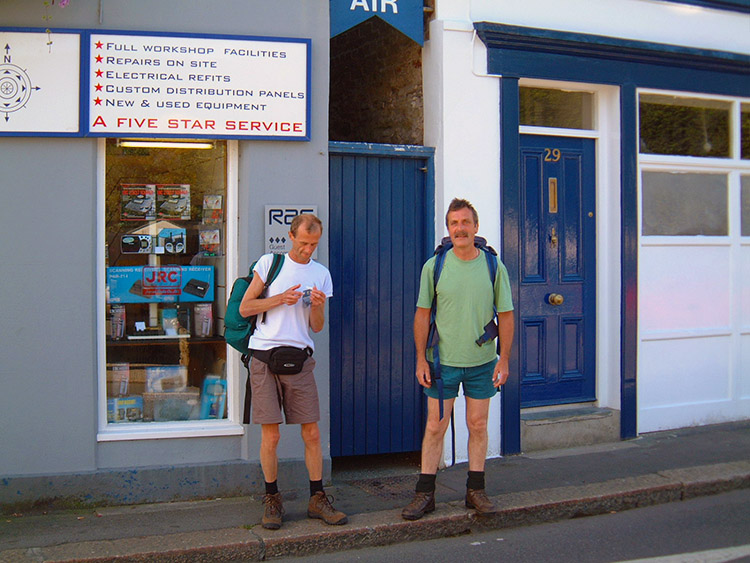 Are you coming Mike? 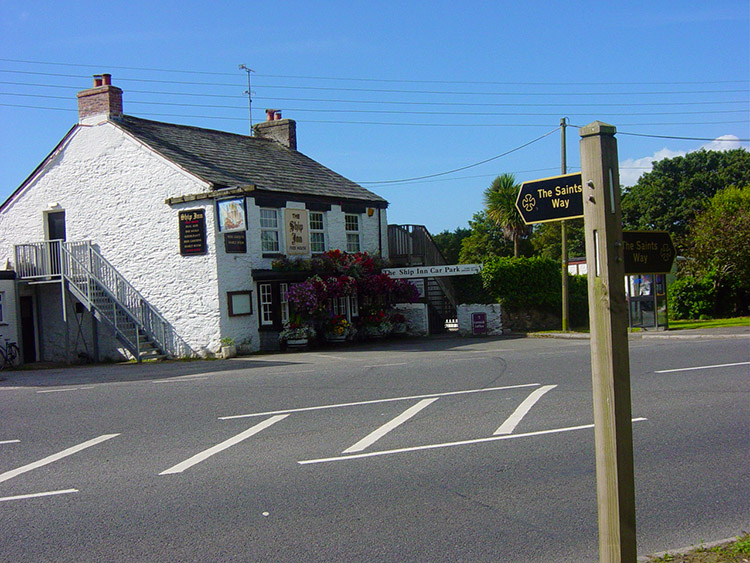 I followed the Saints Way to St Austell

I don't think any of us got much sleep. Steve swapped beds in the middle of the night because he said I was restless all night. We all complained of fatigue as we were waking. After breakfast I tried to put my boots on but couldn't as my right ankle had swollen up. I had felt it aching late on yesterday but hoped the evening and overnight rest would help it to recover. Alas, it was worse and there was no way possible I could have done the 27 miles of coastal walking that was on the cards for this leg of the walk, no way at all. I sent off Steve and Dave saying I would meet them in Portloe and as they walked off I felt demoralised. It was a certainty there was definitely no way I could have done it. I paced around for a little while in my shoes deciding what I was going to do. I had never given up on a long distance walk before. As I gingerly walked from the accommodation into town in my shoes I realised I could walk as there was no pressure on my ankles from them. I thought to myself "THERE IS NO WAY I AM GETTING ON A BUS". I decided to put my head down and walk to St Austell, seeing how I felt when I got there. I bought myself a map and worked out a route via road and the 'Saints Way' to St Austell. I would walk there and re-evaluate my situation. After a slow start I steadily increased my speed to a fair walking pace. It was hot on the soles of my feet and hard work sometimes but I put my head down and walked, regularly taking in lots of water as it was a hot and sunny day. 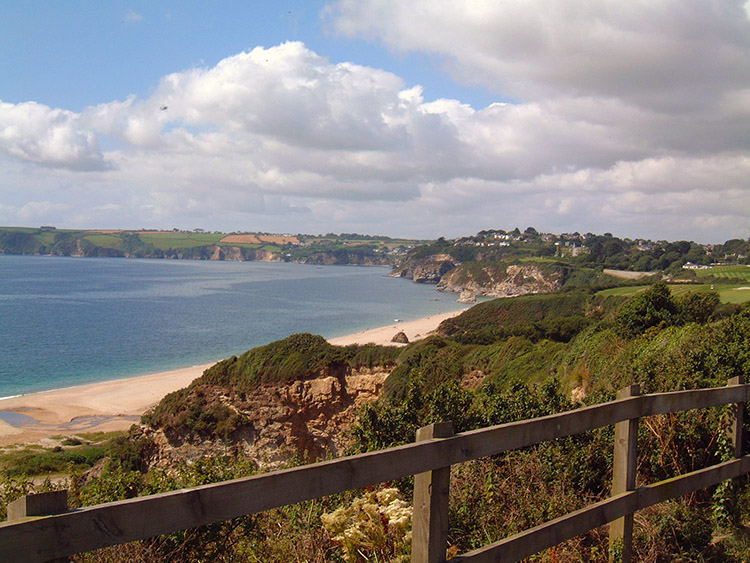 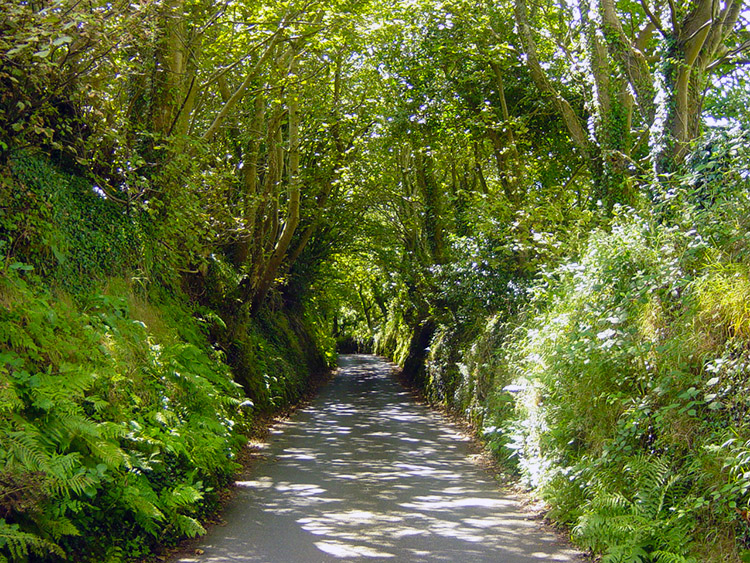 I got to St Austell town centre after what seemed like a lifetime and stopped at a cafe for a pot of tea. I took my time there whilst looking bedraggled amongst all the well-dressed town centre folk. I did not care. While I drank my tea I studied my route to Portloe. I worked out that I would have to walk a mile out of town on the main A390 and then skirt St Austell Golf club on country lanes to Polgooth and St Ewe before taking a line to the coastal path and rejoin it at Portholland. From there it would be 3 miles to Portloe, I could surely handle that. And that was that, route decided. 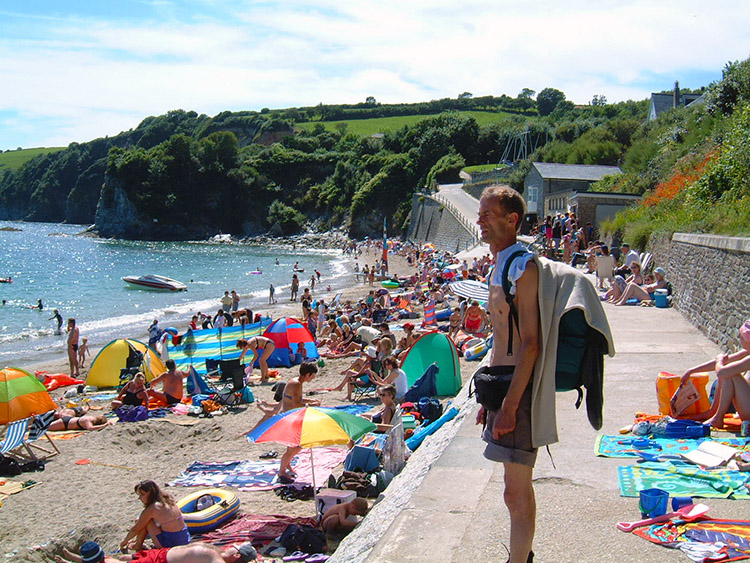 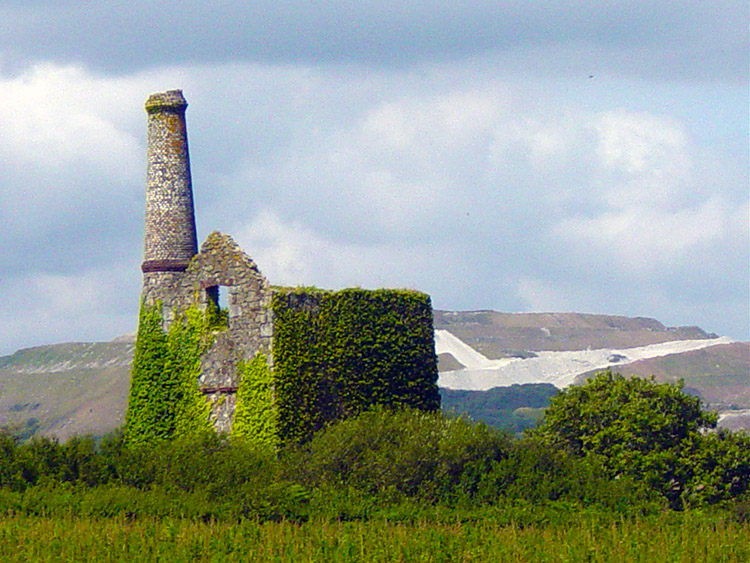 A tin mine near Five Lane Ends, Polgooth

As with the coast none of the road walking was level, you either walk uphill or downhill in Cornwall. Points of reference on the map looked short but were long in reality. I was using Landranger 1:50,000 whereas I usually use Outdoor Pursuits 1:25,000 scale maps so everything was twice as far as I felt used to. Yet slowly but surely one map location passed and another was targeted. Brief rests off my feet were taken for relief and for food but generally I maintained a steady pace. Notable landmarks were an old tin mine and the beautiful quiet village of St Eve. 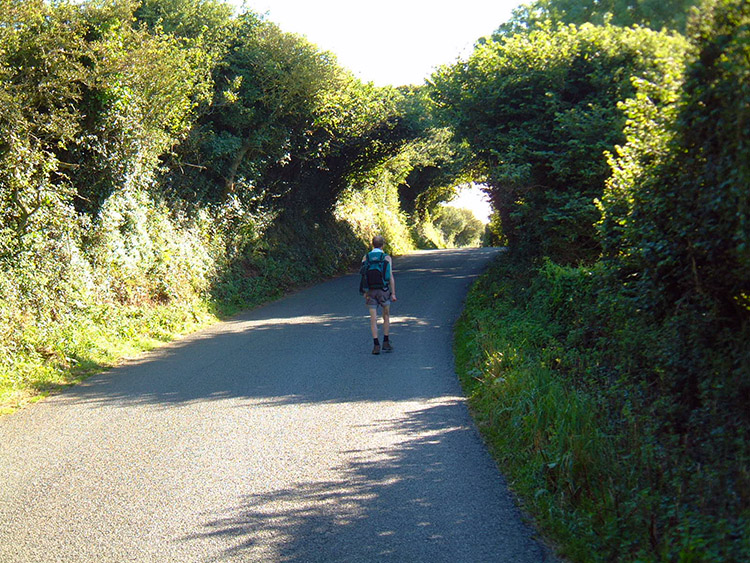 Dave and Steve walk stretches of road too 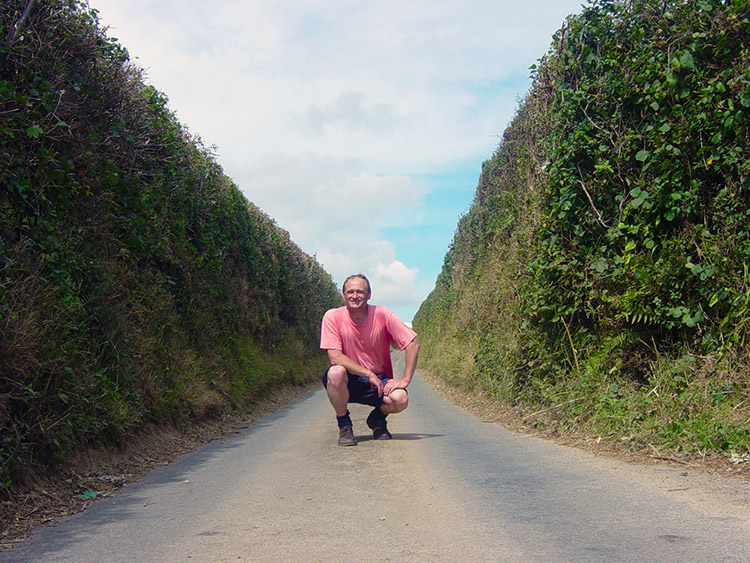 But I did many more miles of country road

The tree and high hedge lined avenues were extremely quiet and there was virtually no traffic to be seen. This road walking was to bring me my quietest afternoon of the whole walk. But road walking is attrition on the soles of the feet and the last mile of it walking into the coastal village of Portholland was agony. I was spent and my steps were slower and shorter. I noticed a strange dead bird at the side of the road that distracted me from my pain for a moment, 'what is it?' I thought and then I saw more in a field, live ones this time. I am convinced they were wild turkeys. Pain screeched back into my thoughts and I stumbled into West Portholland where I took a 15-minute break before trying on for Portloe. Amazingly after the rest I found the coastal section not too bad on my feet and finally staggered into Portloe at around 6 o'clock, 25 miles and 9 hours after had I trudged out of Fowey. 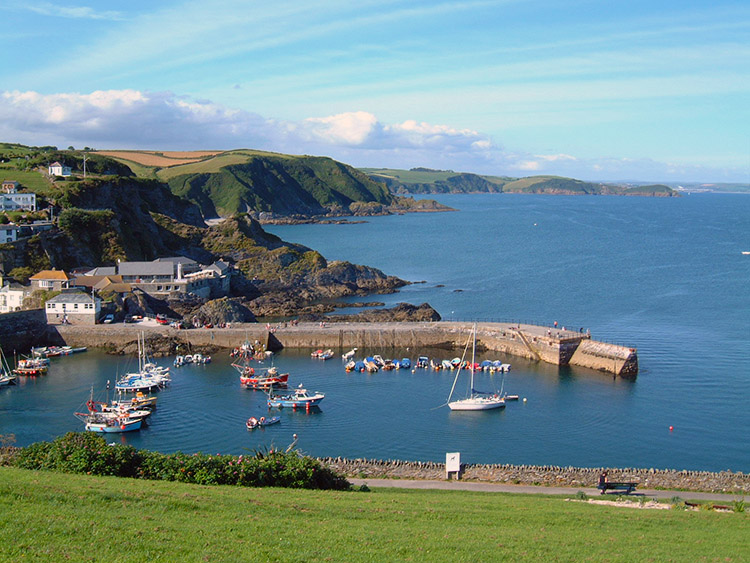 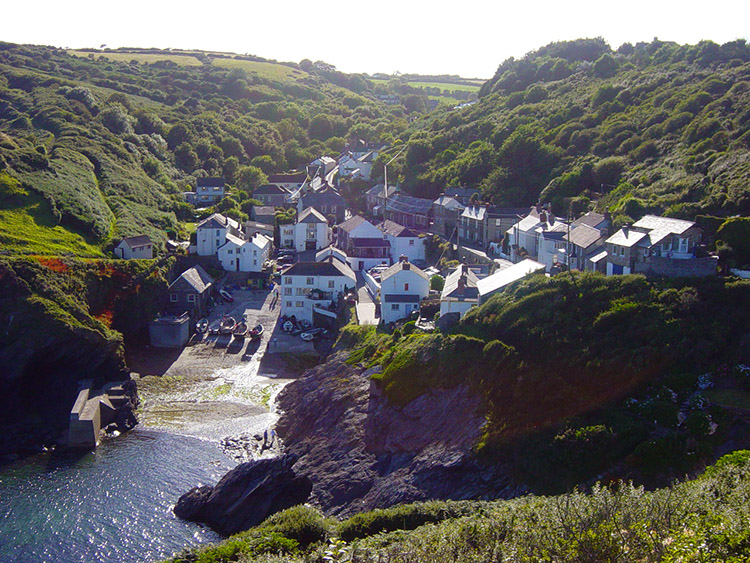 Steve and Dave were not in Portloe when I got there which I found very surprising. They did arrive until 2 hours later. Thinking back, they did 29 miles of coastal hell and I am full of admiration for their achievements. Pretty awesome. We were all pretty shot now. As fortune would have it there was only one pub in the village, maybe a blessing. Our digs were fantastic too and at bedtime I enjoyed pricking and squeezing the pus from several blisters on my feet. And yet I felt really exhilarated as I was still going on tomorrow, even more so after the hell of today.