103 The Lizard, Falmouth and Helston
102 Land's End
Please note that while we divert from the true path on occasions the map and track files for download are of the full permissive route for each stage we did. 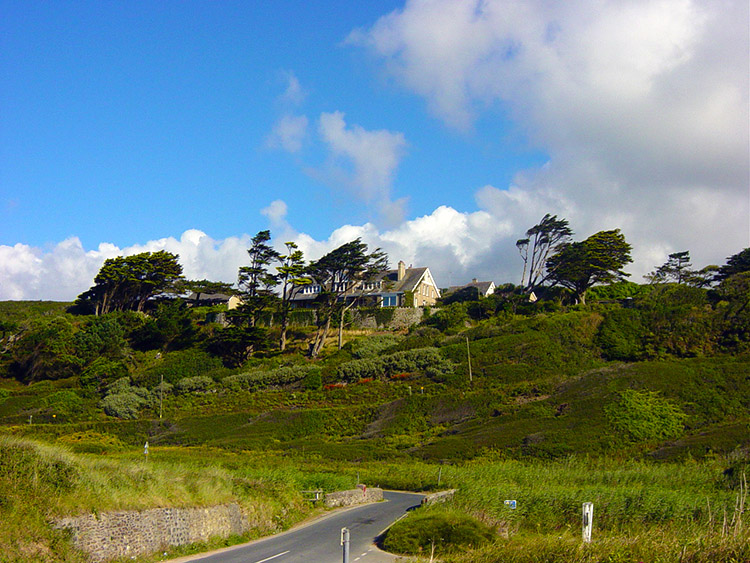 A landscape shaped by the wind 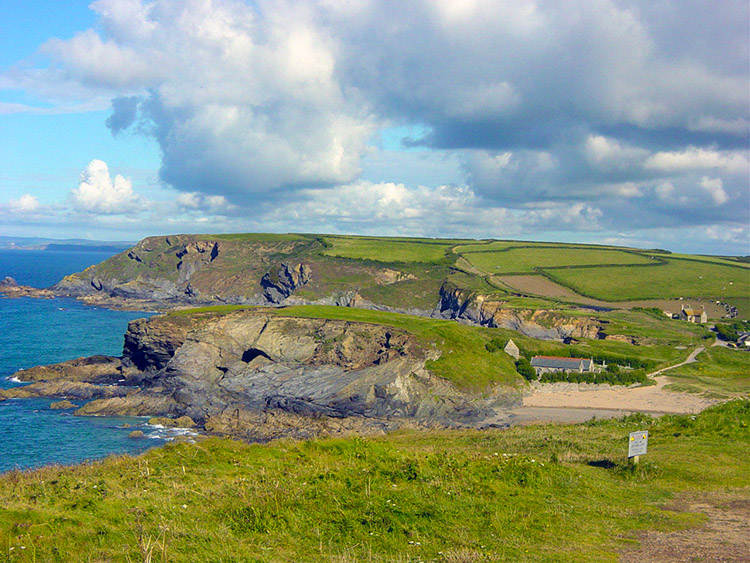 Nothing could stop me now, I felt absolutely superb. As we said our goodbyes to our overnight hosts I set out ahead of Dave and Steve. I was never to see them again until Penzance. I paced out of Mullion determined to cross Loe Bar and the sinking sands to reach Porthleven without stopping. This I did easily although I made the mistake of staying on the sands after the Bar. 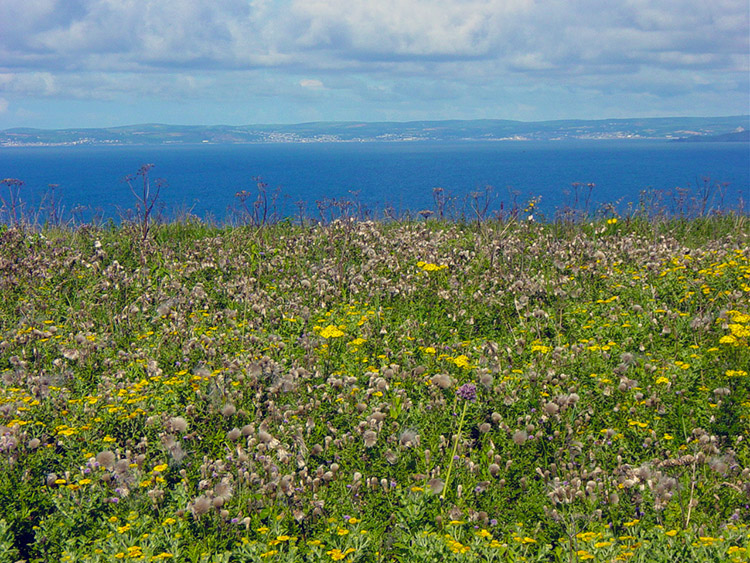 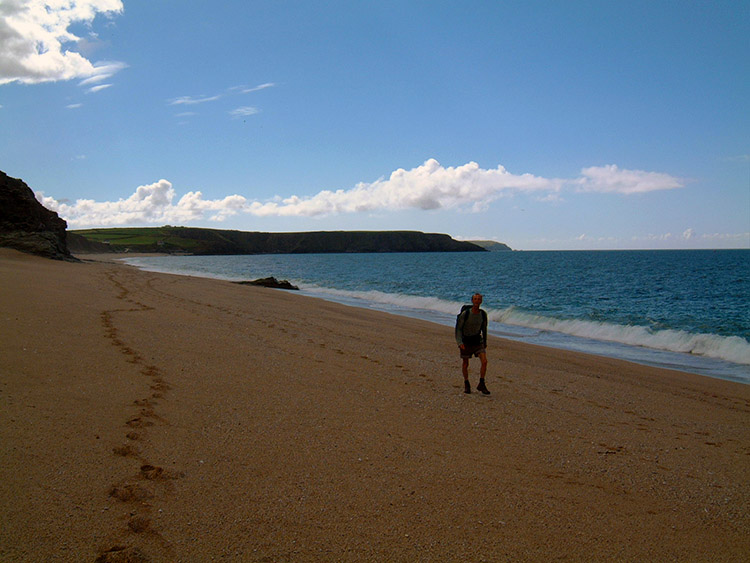 Later Steve and Dave did the same. We were all wrong. It would have been much easier on firm ground. After ten minutes break in Porthleven I motored on to Trewavas Head, Rinsey Head and Praa Sands. The chimneys at Trewavas head were a spectacular sight. 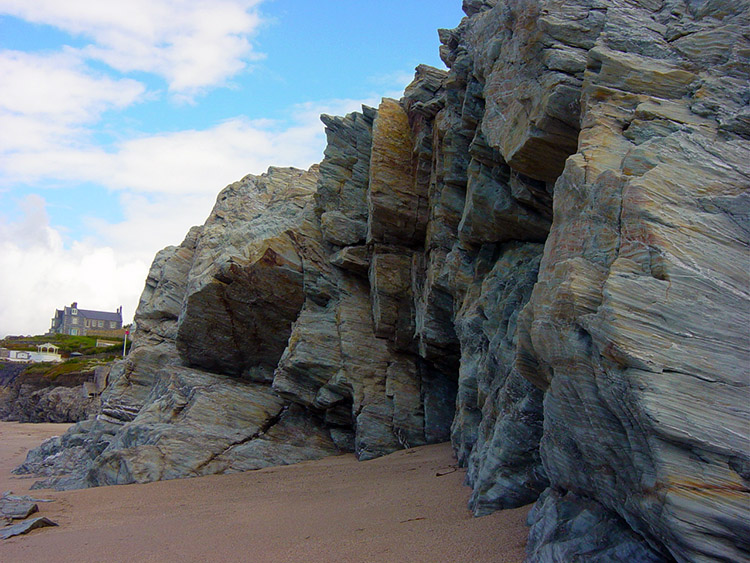 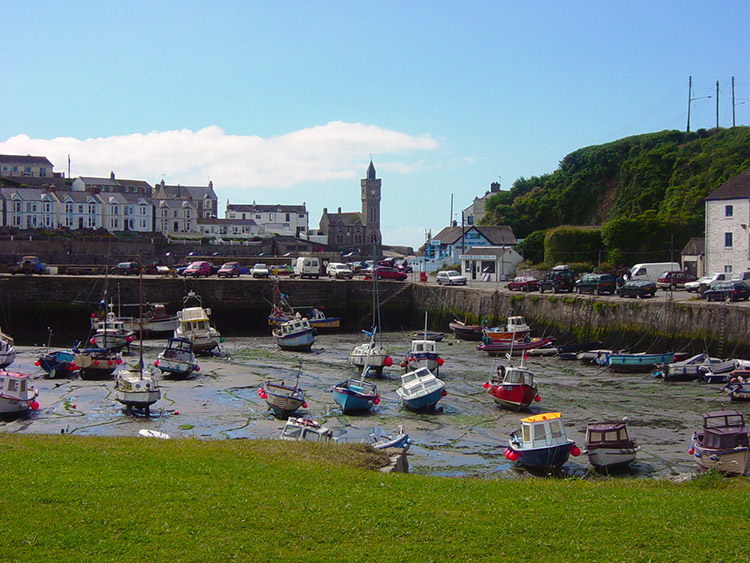 At Praa Sands I was knackered from the pace I had set myself but after another break of 10-15 minutes I was refreshed and ready to go for Cudden Point, Marazion and St Michaels Mount. I stepped out again and motored. I had never felt so strong for a long time and know I made extremely good time. The sun was shining, the views were stunning, in particular the early panoramas of St Michaels Mount. 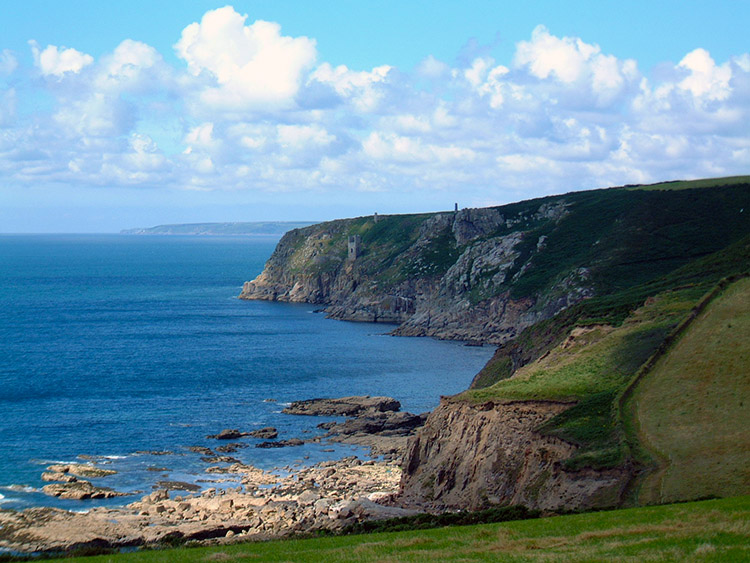 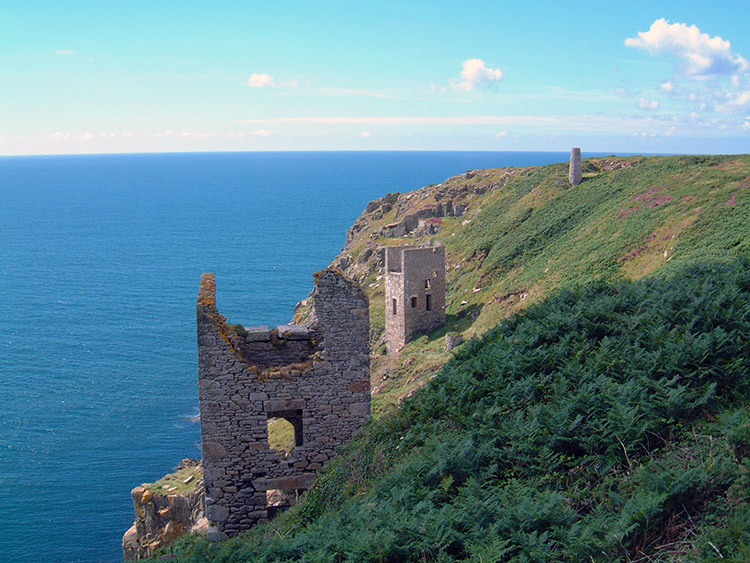 These ruins are near Trewavas Head

As I approached St Michaels Mount I even considered doing Lands End today. I walked past the mount and through the bustling village that is Marazion until I hit the sands and beach lovers. Here I stopped for a burger and a cup of tea, fuel for my final push to Penzance. There was your usual mix of British beach holidaymakers between Marazion and Penzance, but amongst the chaff a few belles to behold. I marched on and was even stopped by one or two people who wished to shake my hand for my achievement. I was honoured. 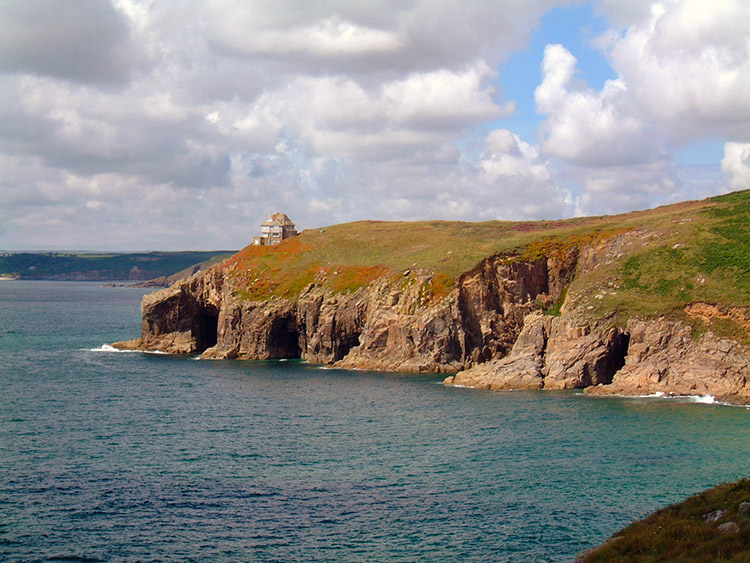 Home on the headland 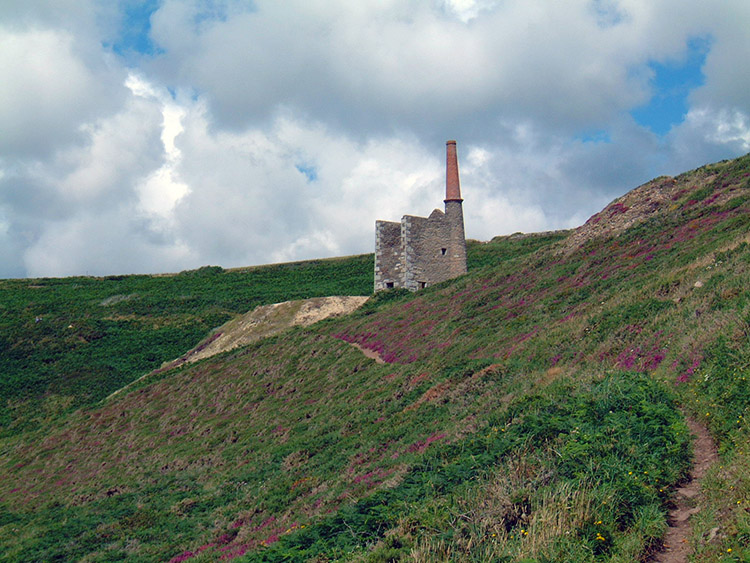 I arrived at the hotel at around 4.00pm. I had done over 20 miles in less than 7 hours, my best walking all year. After chilling out for a while went down to the bar for a pint of Orange & Lemonade. I sat out waiting for Dave and Steve for over an hour. I waited but they did not arrive until I had returned to the room. It was after 6.00pm when they trudged in. Anyway, they were soon ready to go out and we all duly did to celebrate. The last leg of this epic walk was waiting for tomorrow and we were all going to make it now. We had a few beers in some good Penzance Pubs. 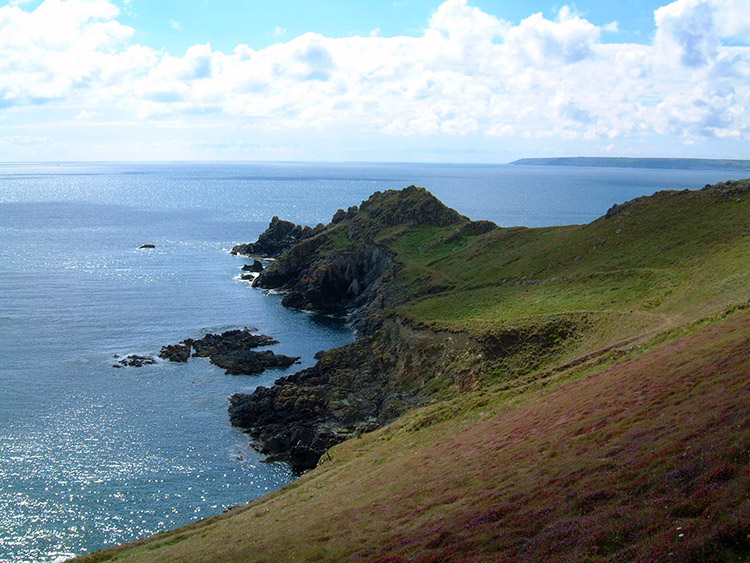 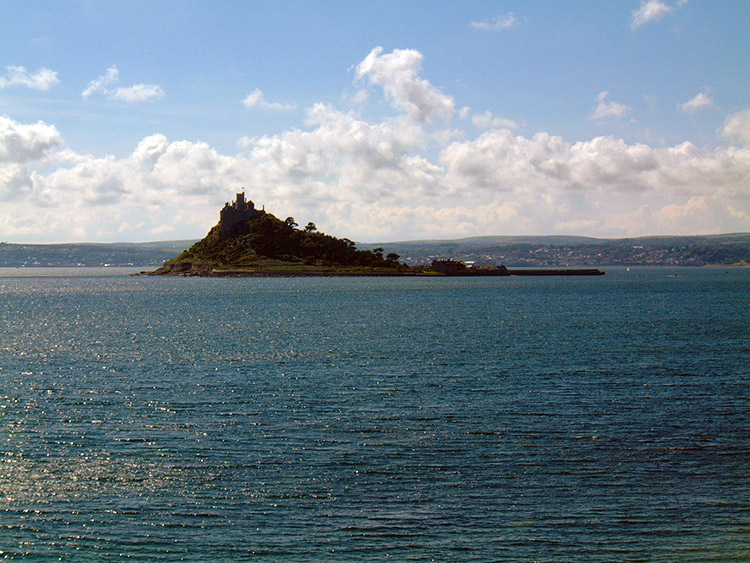 In the evening, our last evening in Cornwall we went out for a few pints and then finished off with a curry. The curry was exceptional and then we enjoyed a funny but humorously moment. Our senior map reader got lost trying to get out of the curry house. Ha Ha. The curry was fantastic. I can't remember falling asleep this night.