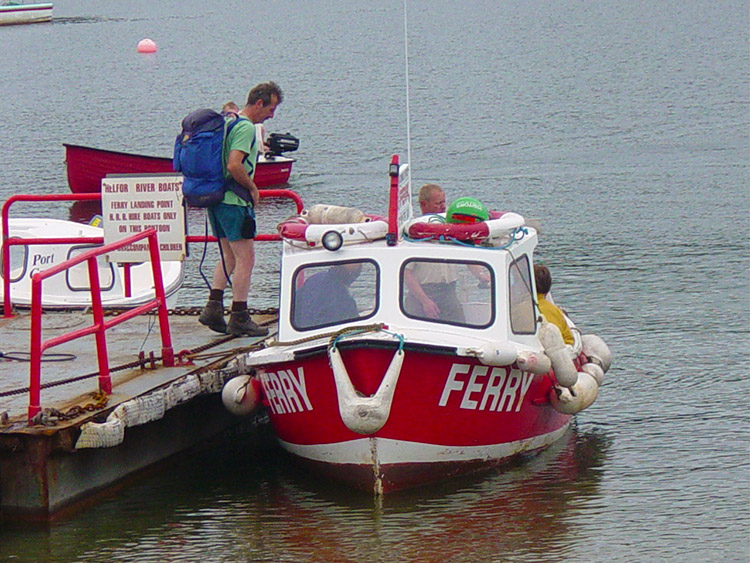 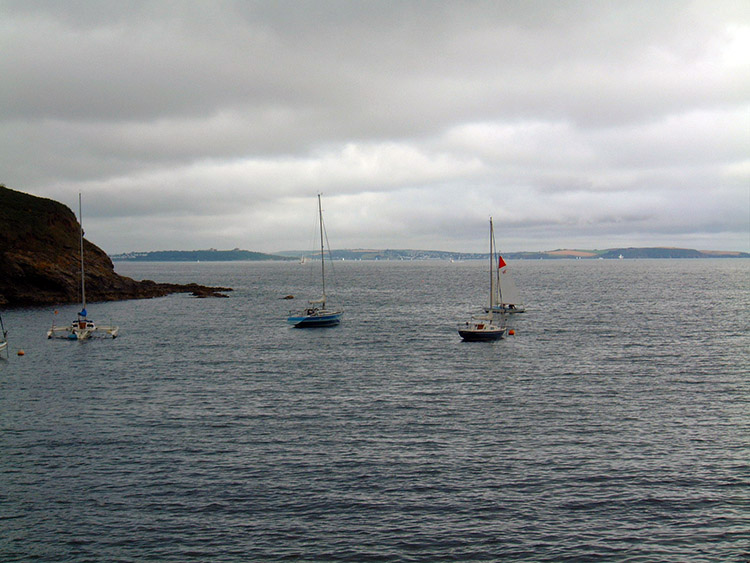 I had 6 pints of John Smiths last night and a cooked breakfast this morning, good walking fuel. We set off on a shorter days walking to St Keverne and I felt fine with the new boots on. Unfortunately and unexpectedly on the walk down the road to Helford Ferry crossing I had a little mishap. I should have hung around a little after breakfast and then set off, I did not and now I was paying the consequences of my drinking and eating. I needed to stop quickly. I did, and then recovered to catch the boys and drop down to the ferry. 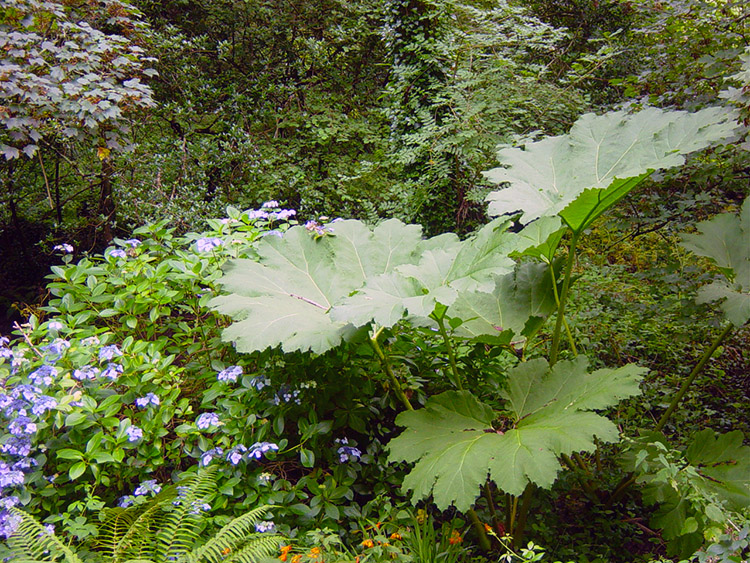 Giants beside the road 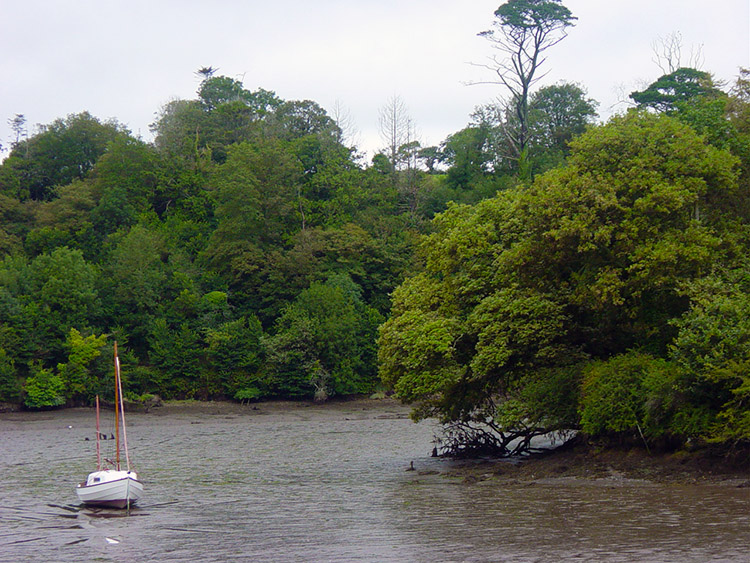 A stranded boat in Gillian Creek waiting for high tide

Today was a shortest walking day of the coastal path and after the exploits of the last two days we all appreciated that. As we crossed on the ferry I felt I must not get complacent and decided once we had disembarked to put on my knee support bandages. I also stopped to buy the Sunday Times to have a quick read of the cricket news. Michael Vaughan was in prime form so I read about his exploits against India then moved on. The boys were ahead by now but I felt super and would either catch them or at least keep pace. But this day I payed the price of recovering the miles I missed some days earlier. Steve and Dave persuaded some guy to give them crossing at St Anthony. I did not see an opportunity and walked round an extra couple of miles. I motored on and glimpsed the boys at Nare Point half a mile ahead but rather than chase them I decided to stop for a drink at the coastguard building on the point and to read more about Michael Vaughan's scintillating form in the newspaper. Fifteen minutes later I set off, refreshed and strong. 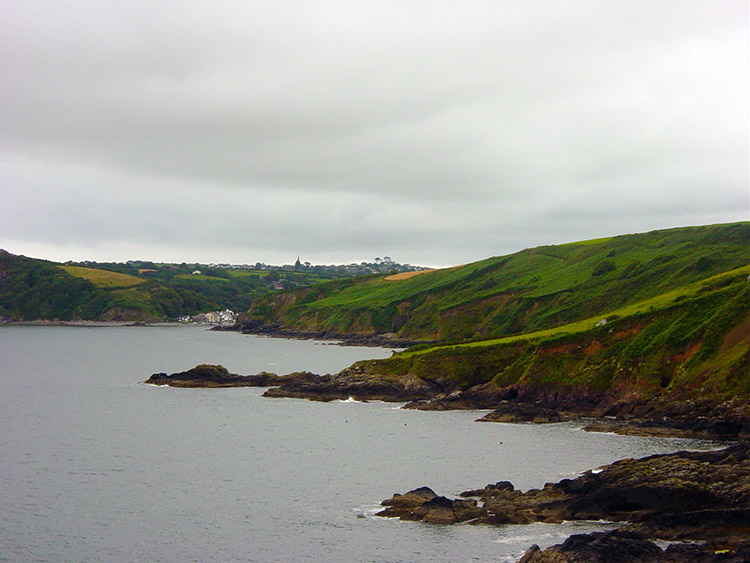 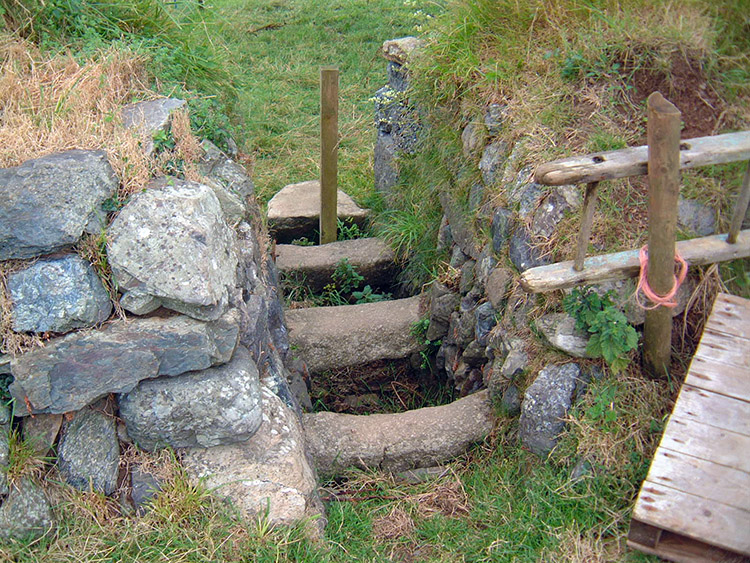 I walked on to Porthallow where I left the coastline to move inland to St Keverne, our base for the night. I stood outside the Five Pilchards Inn contemplating a Sunday lunch. I decided I'd walk on to St Keverne and just as I did so voices were raised to my right. Dave and Steve were hidden in a secluded terraced café drinking coffee. I joined them for a drink and just long enough to be ridiculed (jokingly) before they moved off and let me finish my coffee in peace. Ten minutes later after having a laugh with some fellow café goers and the management I made my way to St Keverne arriving almost at the same time as the boys. 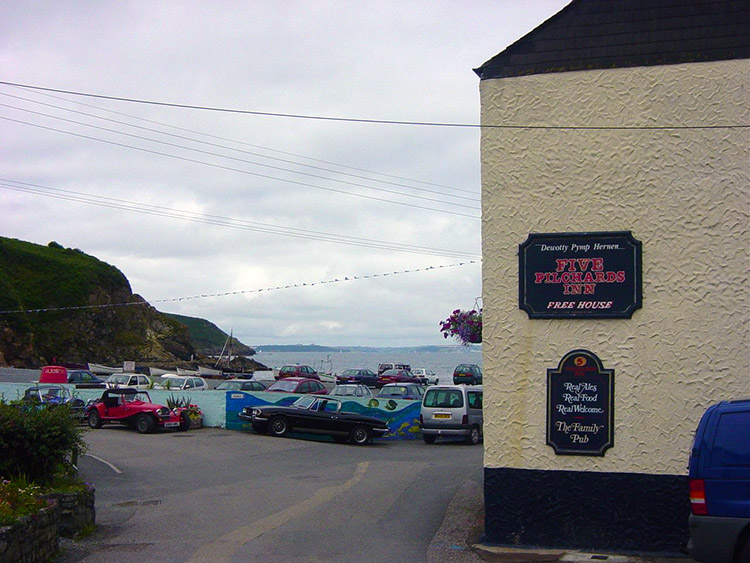 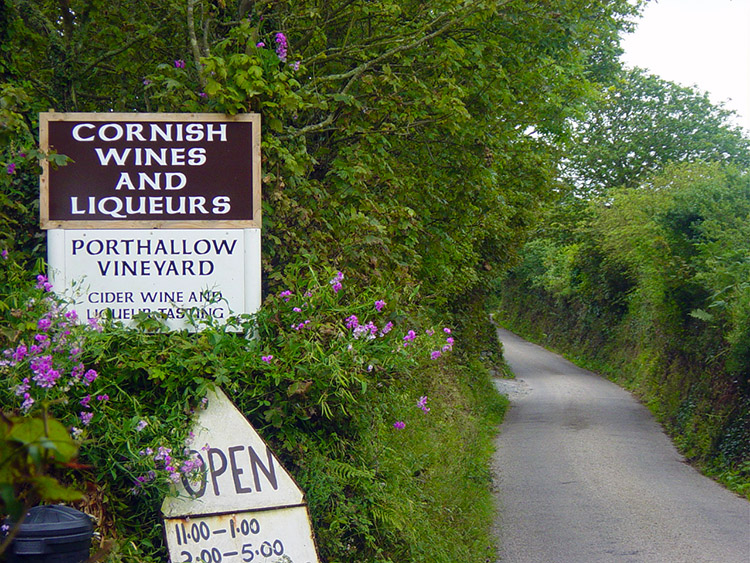 This vineyard can be found near Porthallow

It was still quite early in the afternoon as we arrived at our accommodation and rather than face a long haul tomorrow that included the Lizard we decided to cover the first 3 miles of tomorrow's walk today. We got a bus to Coverack and walked back on ourselves, without rucksack (what a relief), to our pub base. No problem, a good night was had in the two pubs in the quaint village. 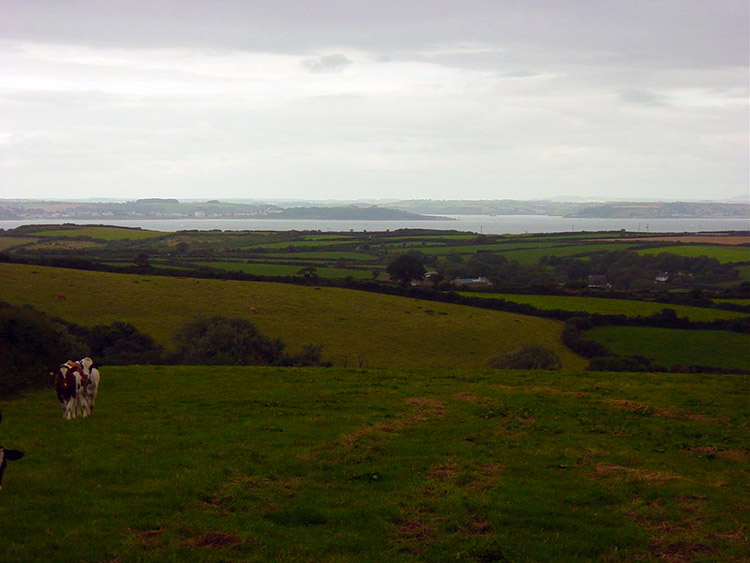 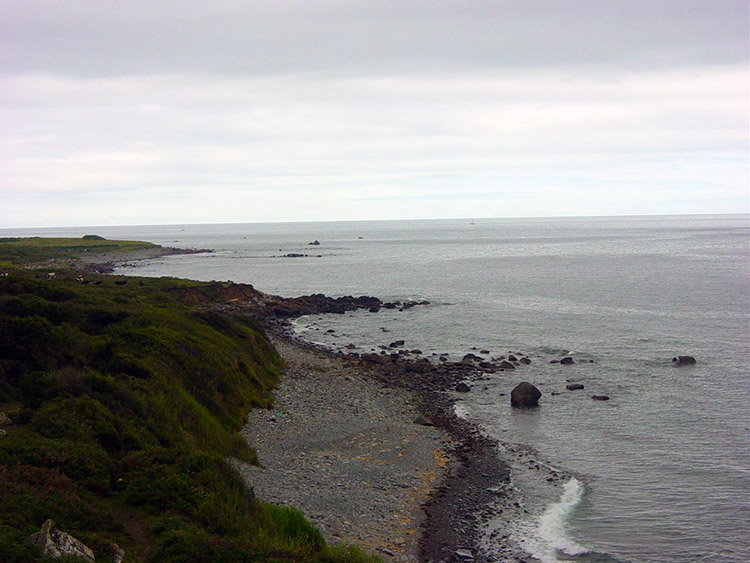 The coast near Coverack

We secured a lift to Coverack for tomorrow morning from a nice guy who was serving in one of the pubs. An early start was organised but tomorrow was going to be a long one and it was prudent to arrange the early start. Less than 50 miles to go now.