102 Land's End
Please note that while we divert from the true path on occasions the map and track files for download are of the full permissive route for each stage we did. 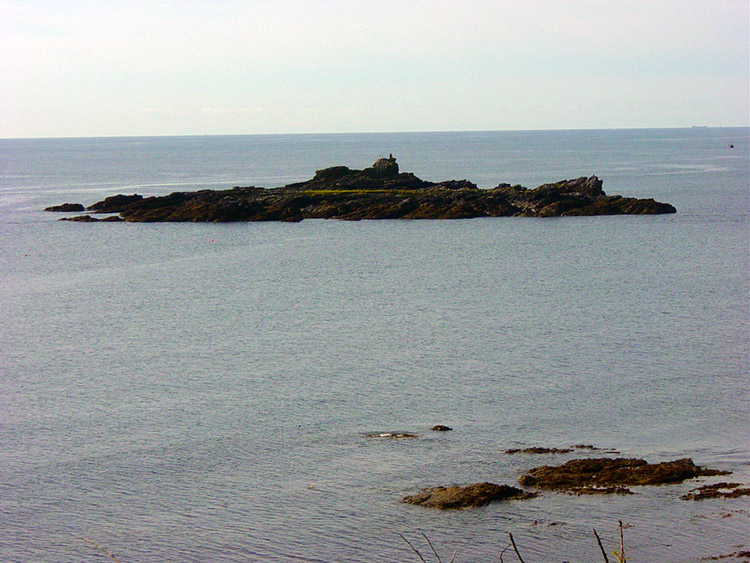 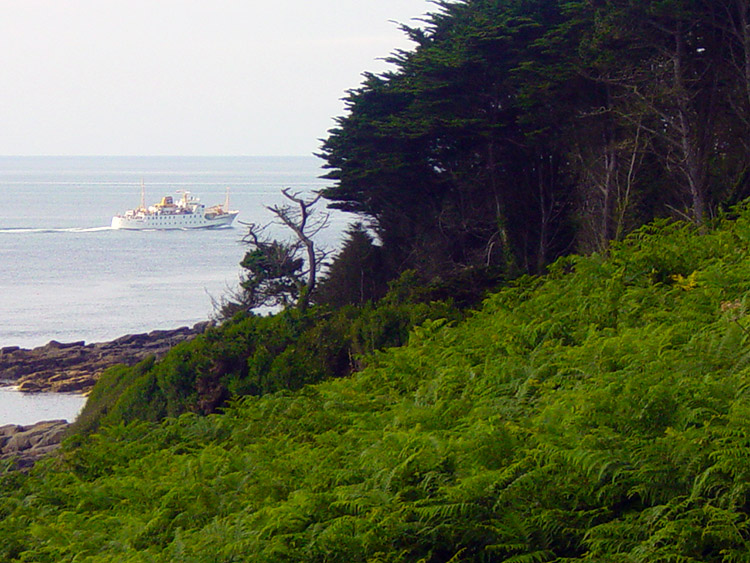 After a fairly average breakfast in the Yacht Inn we set off on our final leg to Lands End. We left without rucksacks as we had agreed with the hotel to leave them there and pick up later. I set the pace walking out through Newlyn and Mousehole. The pace was set for two reasons. One as to make time as we had to get back to Somerset in the evening and the other for a comfort break. After my respite during which time Dave and Steve had passed me and walked on I caught back up with them and we continued to Lamorna Cove. 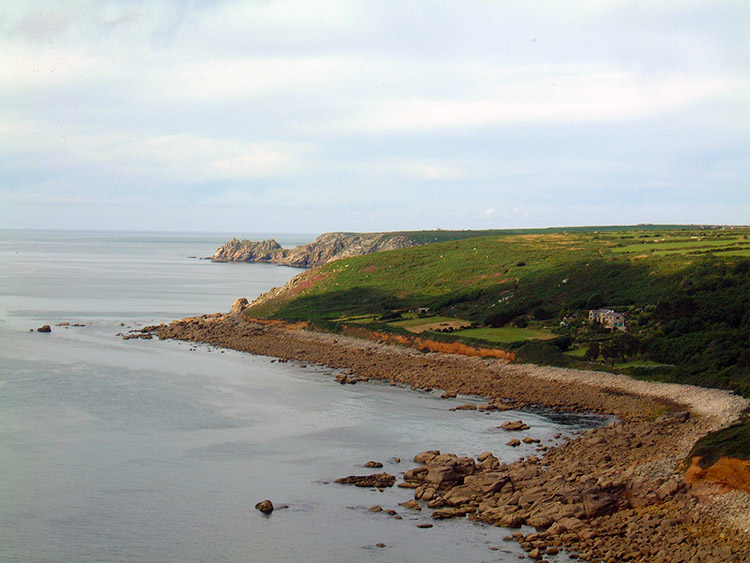 The coastline between Mousehole and Lamorna 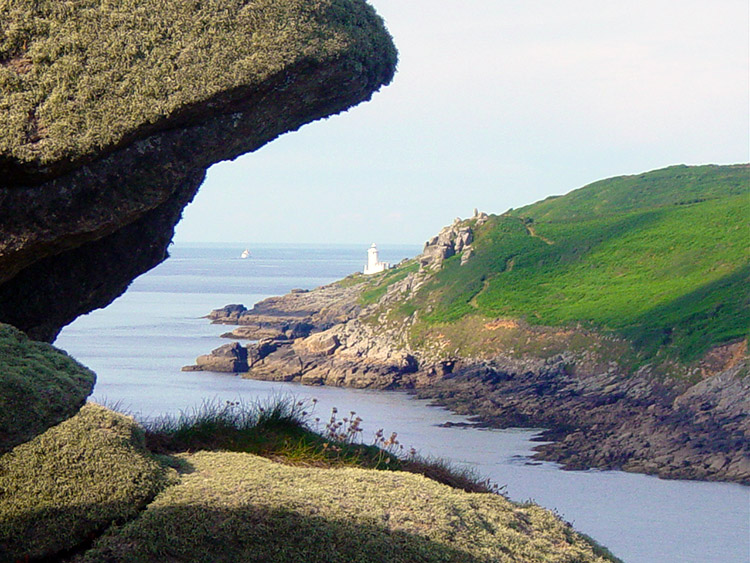 We stopped at Lamorna Cove for a drink at the cafe and listened to 'Smoke in the Water' on the radio. Afterwards we walked the coast path to Treen, all at pace to meet or deadline of 1.00pm to catch a bus back to Penzance. At Treen we followed roads to Trethewey and then followed farm tracks and bridleways until rejoining the coastal path about a mile from Land's End. For nostalgia I took the boys through the last bit of scrub path although I don't think they appreciated it. 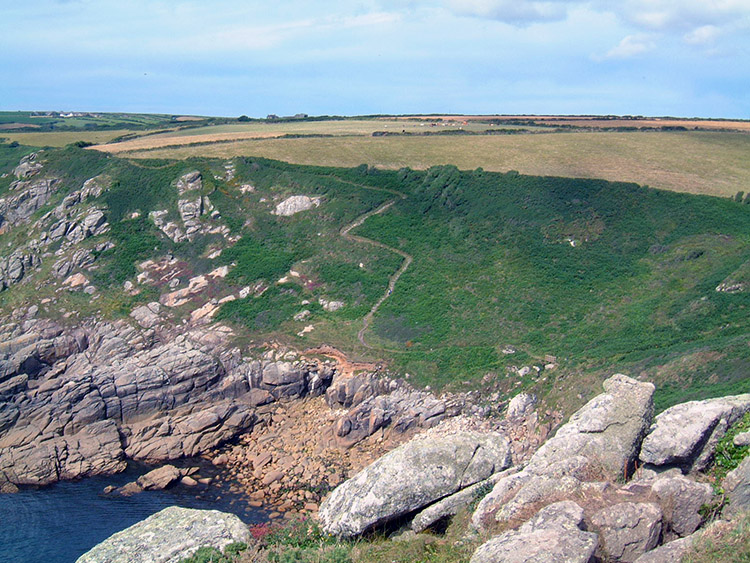 Winding path to the cliff top 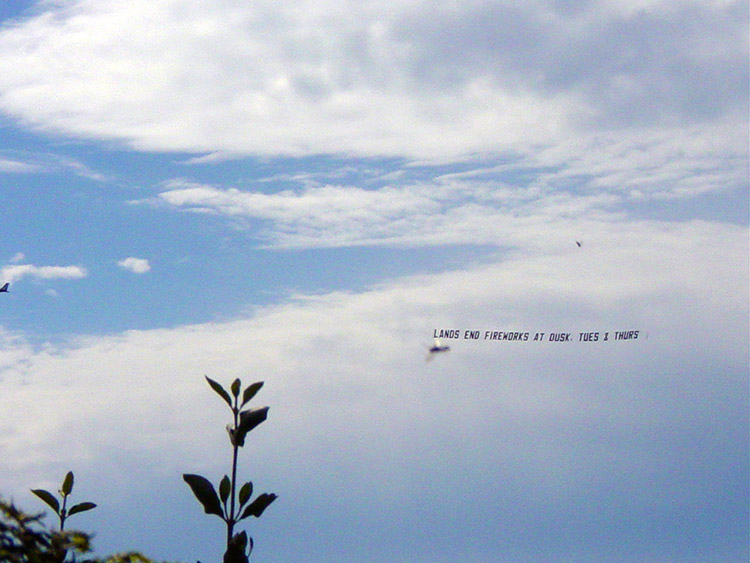 We slowed on the last mile to our goal but I was determined to go to the actual Lands End point. Steve and Dave held back and after a break I think they went to the bus stop. I took in the moment for ten minutes or so on Land's End itself. It was a magic moment. It probably was the reason we missed the bus! The bus when it did arrive was one of those that visited every remote corner of the peninsular and got us to Penzance just too late to catch the train. So what, we waited for the train, relaxed and eventually got back to Somerset around 8.00pm. Steve had to entertain the wife while Dave and I managed to sneak out for a celebratory drink. It had been a fantastic eight days walking and we felt we deserved it. Until the next long distance walk..... 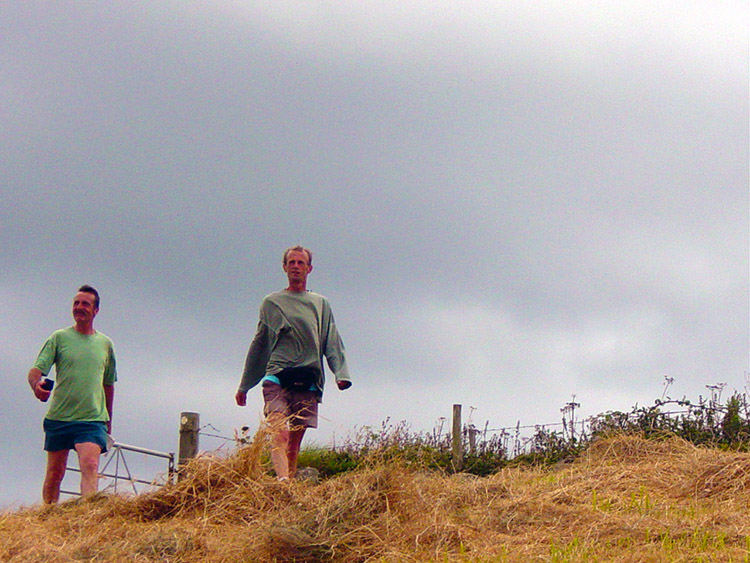 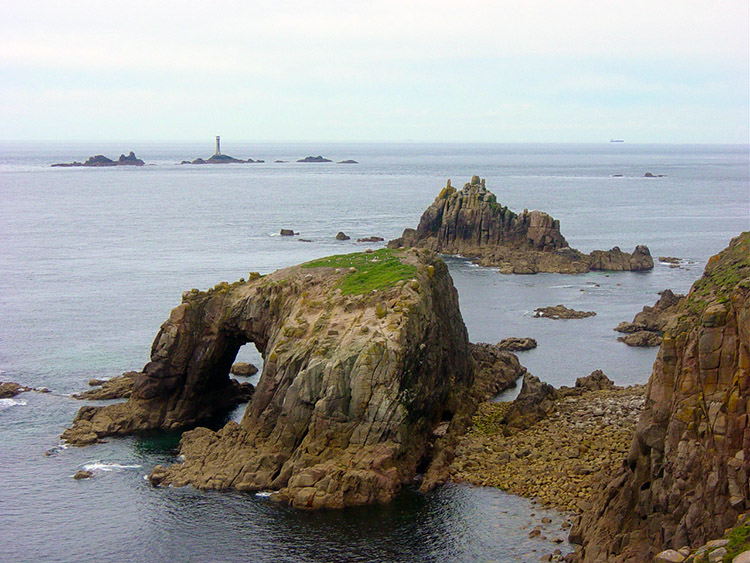 And finally, some statistics on the eight days walking. We covered 132.2 miles. We climbed (and also went down) 9,211 metres, almost 400 metres over the height of Everest. That is 5.7 miles up and 5.7 miles back down! No wondered we were all knackered at the end of it all. But we were all exhilarated too. We had completed eight days of fantastic walking in superb British summer weather. We will never forget our experience on the Cornish Coastal Path.

That's it, we have completed our walk on the South Cornish Coastal section of the South West Coast Path